TT was a quite car for Audi. When it was introduced in 1998, it made quite a stir in the automotive world, with its more than unusual design. It became an instant success, and even some remarks from a conservative part of society couldn’t deny its success. Sadly, a car didn’t behave well on the road, not even near as good as it looked like. Despite the fact that it could appear as a mid-engined sports car, due to the shape, it wasn’t even rear-wheel drive, and the engine was so pushed up front, as with all Audis, making understeer its middle name.

The second generation came in 2006 diluting its initial visual charm but making this car earn its sports connotations. It was still FWD, and usual disbalance in weight distribution was just partially improved, but this time the thing could corner in a proper manner. The third generation was introduced in 2014, and it finally tried to offer a piece of everything as we are about to see with 2017 Audi TT.

First one was a charmer, the second gen was dull, while third is on the path of recovery. It hasn’t brought back remarkable shape of the first generation, but it improved current one, making it more serious. 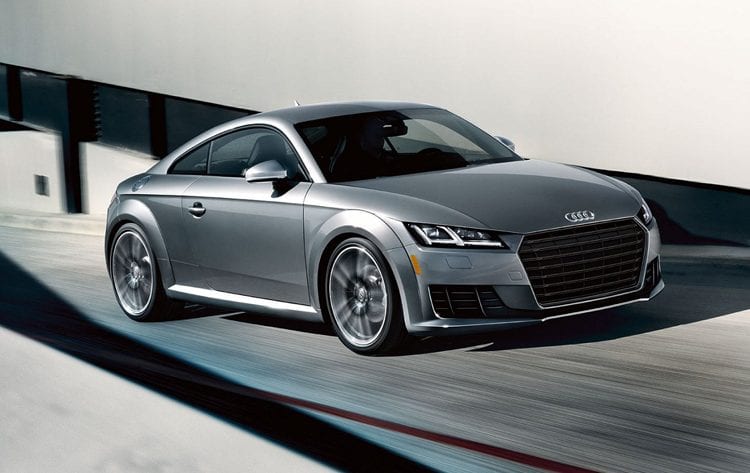 The whole car appears more perilous, sharp and angrier from all sides maybe even menacing, while previous couldn’t even scare a puppy on the road. Definitely right move from Audi, making it once again distinctive between the crowds.

The cabin is the place where the second generation shined and third just elaborated on that. Supreme build quality- checked, finest materials- checked, breathtaking seating position- again checked. Dash practically hugs the driver, and with its beautifully shaped air vents, all styling has intensified sporty note. 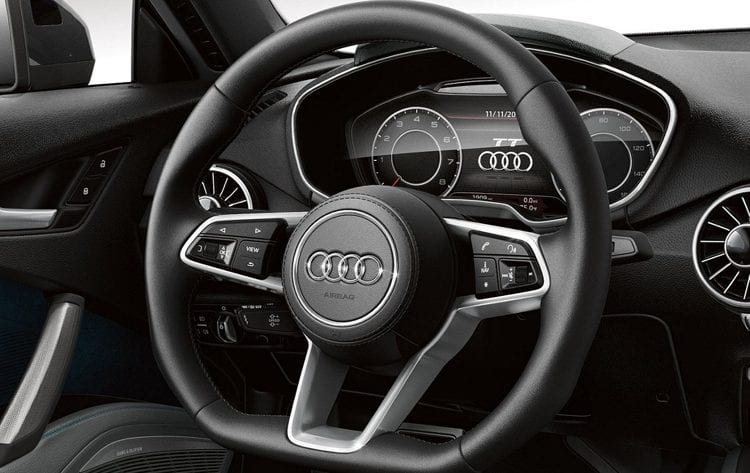 The whole console is significantly slimmer and simpler, choosing approach from Ferrari Italia or GTB where less is more at least when sports car world is in question. Expectedly Audi’s Virtual Cockpit is present with its 12.3-inch screen in a beautiful resolution which you can modify to your likings. Don’t be fooled by extensive space in front, despite having back seats they are more for children and that is fine by us, considering its purpose, while you have A5 for rest.

This is the area where the third generation did the best work. It is underpinned by new MQB platform, meaning more aluminum, which then triggers weight reduction and that is 110 pounds less to be precise. Combine that with some expertise trickled down from R8, magnetic ride suspension, Quattro which sends power to the rear wheels when needed, quick and accurate S-Tronic automatic gearbox and we have some promise for good times at the track. 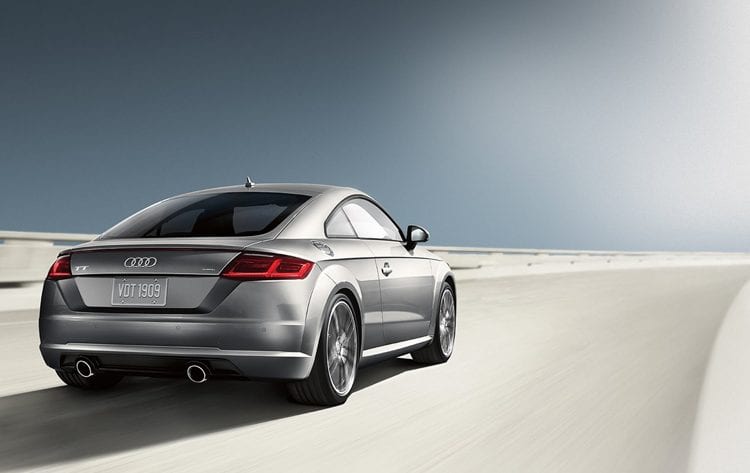 Engine part wouldn’t disappoint either, and regular version reaches 60 mph in 5.3 seconds, which is almost half a second quicker than before, primarily due to the increased power rated at 220 hp and 258 pound-feet of torque from same 2.0-liter L4. Same goes for TTS model now taking 4.6 seconds to 60 mph, due to the same I4 unit that delivers 292 hp and 280 lb-ft of torque and top of the line RS with the 2.5-liter I5 engine, boosting respectable 400 hp, capable of accelerating to 60 mph in 3.7 seconds.

Despite all power increase, fuel efficiency is improved, and regular model will offer decent 26 mpg combined, while TTS lowers that only by one mpg. The only thing that keeps reappearing with every generation is the lack of feel at the wheel and Germans should do something about it in the future.

2017 Audi TT is definitely worth of its price tag that is at $43,000 as a start. It is not charming as the distant predecessor, but it is getting there, and despite unusual placement of engine and FWD it can ensure proper fun at the track and especially on back roads. Combine that with impeccable German quality, and we are getting the sense of complete package offer here or at least it is close to that.