The currently available A7 was released back in 2010 and with it, the RS7 was also launched. The two have been updated quite recently, but this doesn’t change the fact that the platform is quite old, and it can’t compete with the best cars in its class. Rumors say that the future A7 will be released with a bang because the first model in the range would be the 2017 Audi RS7. We could see few more car makers changing their tactics and introducing top level models first and immediately after those bringing test of the lineup. This car is expected to debut in the mid of the next year, and it will be based on the platform that will showcase all the changes Audi is going to be making to the car. So far we know that the new RS7 is going to use VW’s highly modular MLB Evo platform. Currently, this underpins everything from the A4 all the way up to the Bentayga allowing Volkswagen Group to reduce production costs significantly while offering great vehicles.

The new platform means that the upcoming RS7 will likely be faster. However, it might not be a radical change like many have said. Instead, we expect it to hit the market more like an update of the ongoing generation. This has always been the case with Audi and VW where the design is usually an evolution of the older cars. It is great for German carmaker as it retains the brand’s character and it gives people a good figure to relate to, but then again, it means that pretty much all vehicles in the lineup look similar. The price of the car has been announced and if you want one of these baby’s be prepared to give $110,700 for a base model this time around which is quite a bit more than many other comparable vehicles. 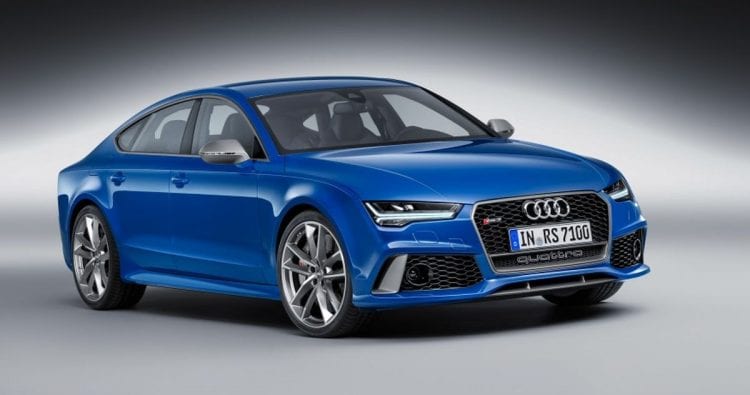 However, the 2017 Audi RS7 will come with a unique design which is certainly going to impress people. The “shooting-brake” look is here to stay so don’t expect any real changes regarding appearance. The parts that are going to be updated are going to be the front end as well as the back. In the front, the car will get the most angular design which debuted on the new Q7. The grille will be moved forward, and the headlights are going to receive a 3D design that will certainly impress its customers. At the back, the rather odd A7 will be updated quite a bit. Some sources suggested that it may share some design cues with the Panamera in which case we are in for a treat. 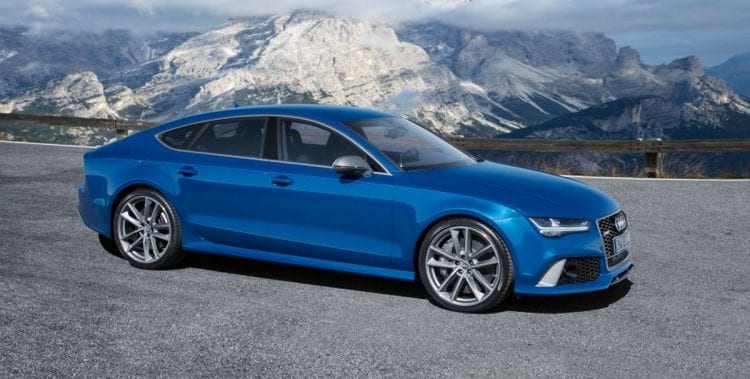 While five people are advertised to fit in the A7, the car is more of a four-person shuttle. Well, the upcoming RS7 is expected to be no different. This vehicle will likely offer four individual sport seats that will be heated and ventilated, but you will be able to fit five adults and in that case, don’t expect the rear seat passengers to be happy with the amount of space. Sporty seats will provide enough support while the front ones will come with inflatable side bolsters which should keep the driver in check at all times. We don’t expect any tremendous changes over the other cars in the range and that’s to be expected considering how things went with the current model. 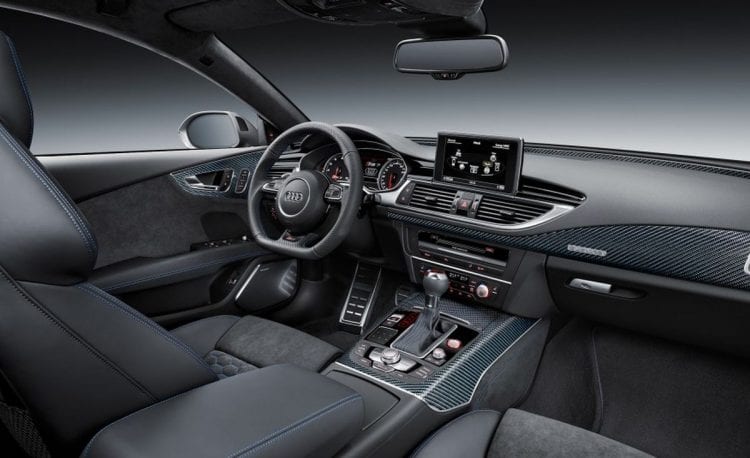 Currently, the RS7 is using a 4.0-liter twin-turbocharged V8 petrol engine which is by far one of the most impressive in its class. The future 2017 Audi RS7 should be pretty much identical here. The Prestige base model is expected to pump out about horsepower and 516 lb-ft of torque while the Performance package will bump that to 605 horsepower with the same amount of torque. This gives the RS7 the performance it needs to end up as the fastest Audi sedan to date. There isn’t anything that can beat it on the road in its class, but it is also accelerating faster than Hellcat, Ferrari 458 and BMW M5. An eight-speed automatic should be the only option, but some said that in the future it might receive an upgraded nine-speed unit. Its chassis is also expected to feature a new type of adaptive suspension that would be much faster to react than the old air-based system. However, up to this point, Audi has said that this would improve Nurburgring time slightly which is not as important in a car like the RS7, but it is good to know. 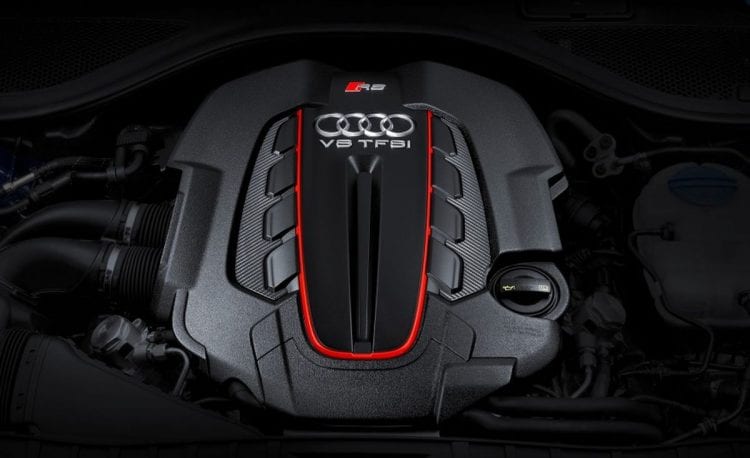