The time of the naturally aspirated engines is long over. They’re dying pretty fast and with stricter and stricter emissions regulations each year, it doesn’t look like we’ll get to see them back anytime soon. Sure there are a couple of them kicking around still, but almost none in the sort-of-ordinary car segments. Take the RS5 for instance. It used to have a glorious 4.2 liter V8 like the one found in the old Audi R8. The thing didn’t have a lot of torque but it revved its nuts off every time you allowed it. It loved to rev and in return, it gave you one of the best soundtracks a car can make: the wailing V8. At idle it burbled like a pushrod V8 and every blip of the throttle saw it making a racing V8 engine noise. It really was the pinnacle of the naturally-aspirated engines from Audi. These days it’s all about efficiency and economy, so naturally turbocharging is the way to go. That doesn’t mean that cars have become boring as a result, however.

On the contrary, what you give up for with the extra sound and character you more than get back with extra torque, the boost feeling when the turbo spools up and the ability to pull at any speed at all revs. It should not come as a surprise then that the new RS5 will not have the now-defunct 4.2 liter V8 but instead a turbocharged engine. The death of the V8 RS5 really does mark an end of an era for Audi and all fast V8 sedans in fact. They will go down in history as legends but this does beg the question: is less more? 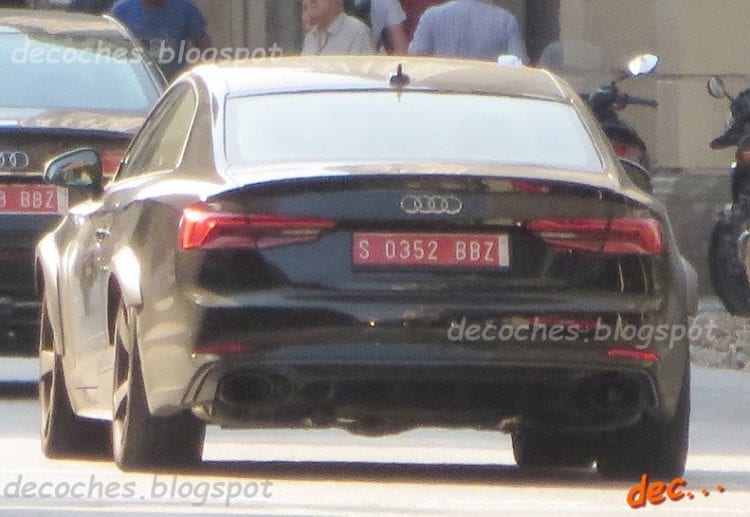 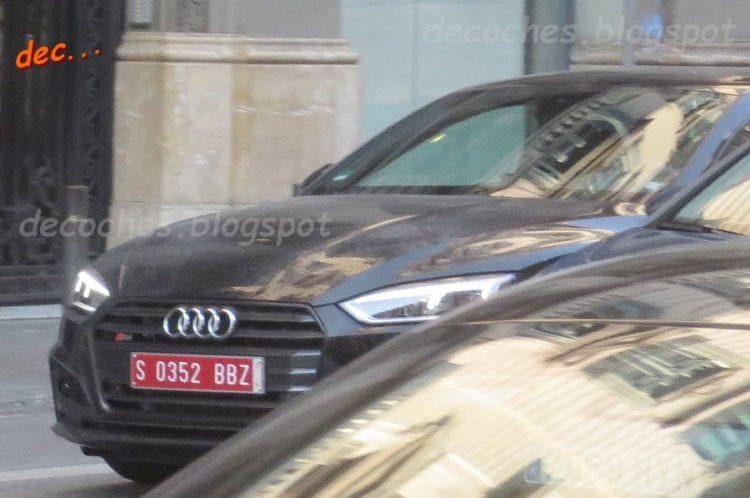 Again, it depends on. If it’s noise you want, generally no. Don’t let anyone tell you that an engine with fewer cylinders can sound as good as one with more. Nothing can replicate the sound of an N/A V8. A turbocharged engine can be enjoyable in noise as well, but it’s a different world apart from the V8.

In terms of power, well… rate for yourself. The new 3.0 liter V6 engine (named EA839) will produce over 450 hp at a far lower rev limit than the previous V8 and with a torque figure of over 400 lb-ft, it should leave the old car in its rearview mirrors too. Thanks to its 90-degree 24-valve design, direct fuel injection and variable intake valve lift the new engine will be much more economical too. The aluminum block and head make it lighter, further improving the economy.

The same engine is expected to be used in the Porsche Panamera 4 but over there it will be mated to the ZF eight-speed DCT. Weirdly, instead of using the seven-speed DCT (DL501), Audi decided to use an eight-speed torque converter standard transmission. It’s so fast and sophisticated however that unless you’re Sebastian Vettel you really won’t be able to tell any sort of significant difference between it and a DCT.

Unfortunately, we will have to disappoint the enthusiasts. There is no manual option and they say that there never will. With so much power on tap, it might have been overkill so we won’t dig further into that. Instead, we’ll just say that it’s a good idea. 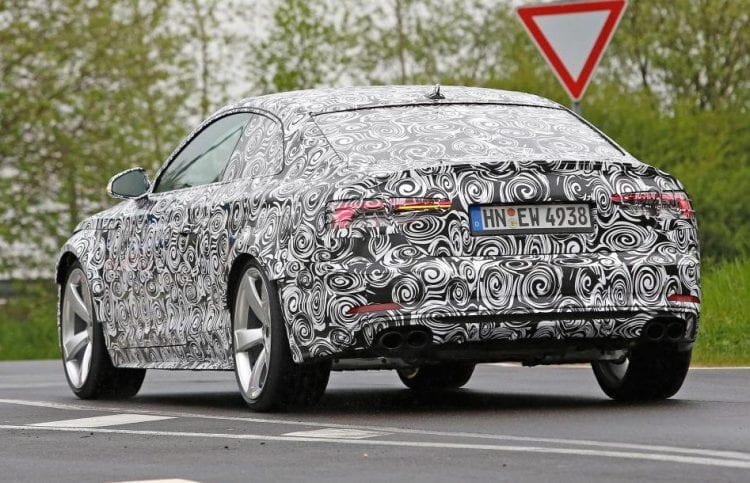 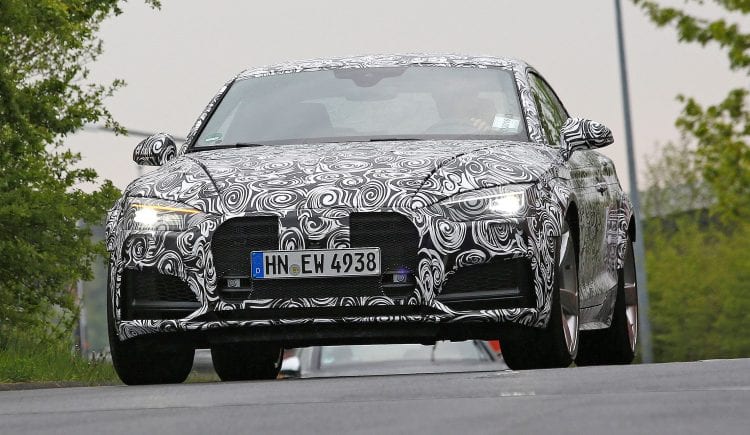 The Audi Quattro all-wheel drive system is standard on all RS5 models but the torque split is biased more towards the rear, as it should be in any performance oriented vehicle. The sports differential and dynamic power steering should help the RS5 turn better too. If it stands any chance of beating the rear-wheel driven competitors on a dry road/track, it needs to send as much power as possible to the rear and that’s exactly what Audi has tried to achieve. The new RS5 will be at least 50 pounds lighter than the old one. A big chunk when you consider how much it weighs in the first place.

The RS5 is expected to reach 60 miles per hour in just 4 seconds (from a standstill/a dig). The top speed is naturally limited to 174 mph (lifted from the 155 mph ban), but should you remove all of the limiters you’ll be surprised to discover that the RS5 can easily hit 190 mph. It’s a much more aggressive RS5 so expect improvements in every category.

We didn’t talk about the interior but you can probably guess why. It’ll most likely be a carryover from the new RS4, albeit it will have different logos stitched and a few other RS5 exclusive things. Other than that, it’s pretty much what you would expect from a car company such as Audi. Great materials, incredible fit and finish and a build quality that’s second to none.

The only downside to all of this? It does look a bit boring even with the new and updated cockpit. Now don’t get us wrong, it’s elegant and functional as you like, but it’s nothing too original, nothing too different from the norm. It’s just a great, nice place to be but it would get low remarks for originality. Still, you could argue that a car like the RS5 has to stick with what works and you’d probably be right. 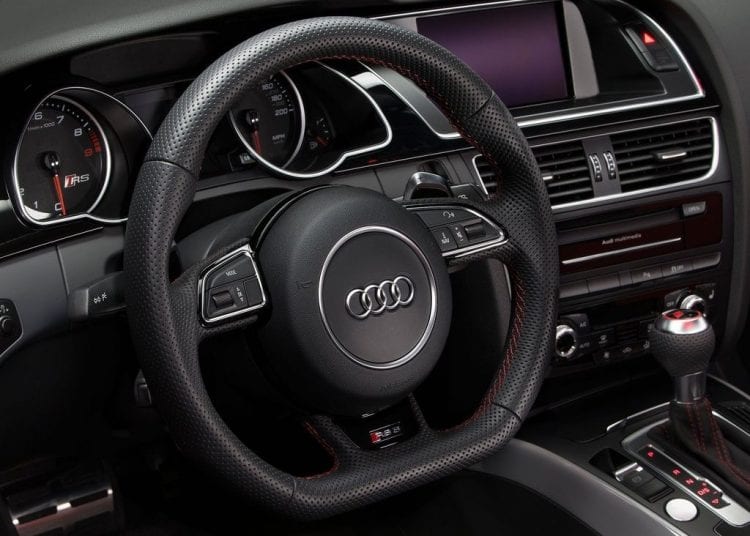 Just like the previous car, the new RS5 will be offered in both coupe and convertible flavors. A hardtop will come shortly after in 2017 while the estate and sedan are taken care of in the RS4 cars. The competition for the RS5 is strong at the moment.

You have the BMW M4, Lexus RC F, Cadillac ATS-V and the brutal Mercedes C63 AMG. It’s a matter of picking your favorite really as there’s barely anything in it between them. An RS5 Sportback may make an appearance but we’ll have to wait and see.