The news that came from Audi Sport GmbH just a few weeks ago were that they are planning to introduce eight, no more and no less, RS models to Audis’ lineup. According to motoring.com first RS model that will see the light of day will be an SUV. In an interview with Stephan Winkelmann Australian magazine also got a confirmation that this new RS SUV will have its debut at one of the upcoming motor shows. More on that later right now let’s focus on this SUV. With mixed information coming from German automaker it was hard to determine just which vehicle will be first of eight new RS’s. In the end, the general opinion of the automotive world is that it will be the 2017 Audi RS Q5.

2017 Audi RS Q5 won’t be too different from regular Q5 regarding the design. The intent that Audi has with this vehicle is not to introduce new design solutions but to reestablishes its position on performance SUV market. The only notable difference as you can see from the rendered photo is more masculine and aggressive look of the front with bigger air vents and lower bumper. Both front and rear end will be decorated with RS badge. The same policy will be applied to the interior where the biggest changes are going to happen on speedometer and seats. Both will be altered to adapt to the performance version of Q5. Rest of the infotainment system will probably be borrowed from the standard model. 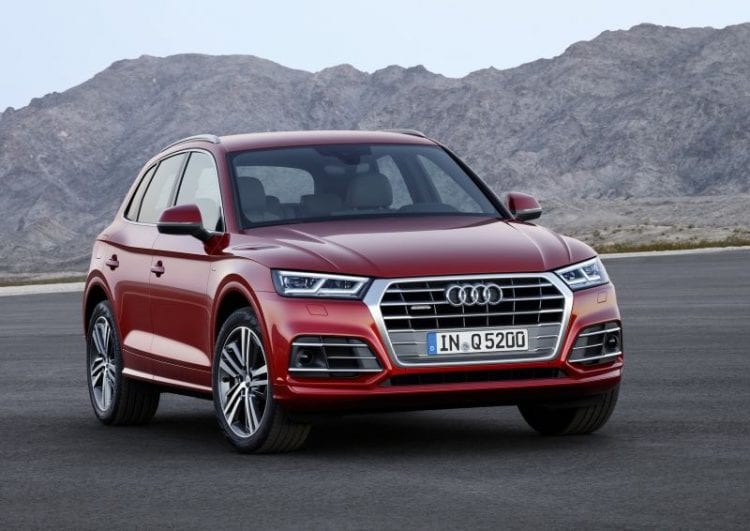 The place where 2017 Audi RS Q5 is going to be way different from regular self is the engine bay. Rumored mills for future RS Q5 are SQ5’s upgraded 3.0-liter V6 petrol engine or a 2.9-liter V6 developed by Porsche. Regardless of which powerplant the company picks both will be able to produce more than 450 hp. With this kind of output Audi RS Q5 2017 will be able to go 0-60 in less than 5 seconds.

We are sorry to have to disappoint all of you speed lovers, but new RS Q5 won’t be available for purchase until the second half of 2017. On the bright side, we have positive signs from Ingolstadt that the reveal of this vehicle is going to happen at upcoming Geneva International Motor Show. One of the biggest auto shows is being held in the Swiss city of Geneva from 9th to 19th of March.