We currently live in a world that’s full of many different vehicles on offer. Each segment is filled with many competitors from different brands, and sometimes even the same on. Segment gaps are being explored and quickly filled with new niche models that didn’t even exist a year ago. One such segment is the luxury crossover segment. If there’s a segment with potential, you can be sure you’ll find a German offering there. One such vehicle to be recently announced is the Q2.

The Q2 is Audi’s take on the luxury crossover segment, although if we’re honest it looks like a bigger, jacked-up Q1. It’s a lightweight five-door crossover that boasts current design vision of the company and we can see clear similarities in the lines. It’s very Audi like in terms of appearance and takes obvious styling cues from the A3, A4 and even the A6. We’ll let you judge its looks, but we think it deserves attention. It’s nothing special, but it’s not ugly either, it will certainly stand out in the sea of similar models.

Let’s start off with what most people want to know most, the engine range. We’re starting off the big list with a small 1.0-liter TFSI engine that boasts just three cylinders that are supplied with air by the turbocharger. It’s expected to be the most economical gasoline engine but definitely the weakest with just 116 horsepower. The two other gasoline alternatives are a 1.4 four-cylinder and a 2.0 liter four-cylinder. The 2.0 has been reworked and is now more efficient, but it still manages to extract about 190 horsepower from its combustion process allowing this small vehicle more than decent performances.

The diesels will be primarily sold on the European market, and there are two engines on offer but three different states of tune. The 1.6 TDI ties horsepower ratings with the 1.0 gasoline at 116 horsepower while the 2.0 TDI can be bought with 150 or 190 horsepower. Both version offer a lot more torque than the gasoline competitor and higher efficiency. 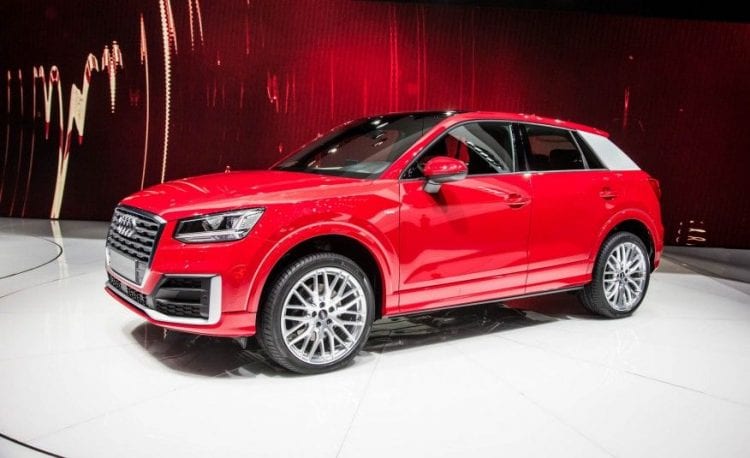 There’s a new transmission for the 2.0 liter gas and diesel engines, and the usual six-speed manual and seven-speed S-tronic on offer elsewhere. The manual may be more fun, but the super-fast dual-clutch S-tronic is more fuel efficient and faster allowing you to get slightly better acceleration results.

Although not particularly sporty, the 2017 Audi Q2 has a drive select system which lets you choose between the four available modes of operation depending on the conditions. Auto is the standard, comfort is obviously for road compliance, dynamic gives you a faster steering and pedal response and efficiency numbs everything in an effort to improve fuel economy.

The system is able to affect the engine, shift pattern, steering weight and feel and the adaptive dampers. The Q2 isn’t really suited to off-road driving, but some trails can be tackled quite easily thanks in part to the 7.9 inches of available ground clearance, and in part to the ESC-off option available.

The Q2’s interior is typical Audi. Yes it has good materials and is well laid out, but it just isn’t that inspiring or different. It looks just like 50 percent of the rest of Audi’s range, and that doesn’t give you a special feeling when sitting inside. On the bright side, at least it’s a nice place to spend time in. The Q2 is an excellent cruiser, and the cabin is a place you wouldn’t mind spending a lot of miles in thankfully to a great level of comfort we are getting. There is nice chrome touches here and there that separate the mostly dull black interior while the buttons are placed ergonomically and are easy to reach.

In front of you just behind the steering wheel, you find Audi’s digital glass like gauge cluster. It’s a 12.3-inch display like the one found in the TT or even the Audi R8. Divided into two main sections, the left one being the tachometer and the right one the speedometer, but it is fully customizable and you can even display your sat navigation map in the middle of the two large round meters.

Infotainment is one of the best in class if not best, and there’s even a 705 watts Bang & Olufsen sound system. It uses 14 speakers to play your favorite tunes and it’s definitely one of the best things about the car. Not only that many cars in this segment do not have this, but it’s hard to believe there are actual luxury sedans and limos out there without this even as an option and yet here it is on the Q2. You’ll also be pleased to know the interior lights are quite unique and elegant with LED tech that gives warm white light. 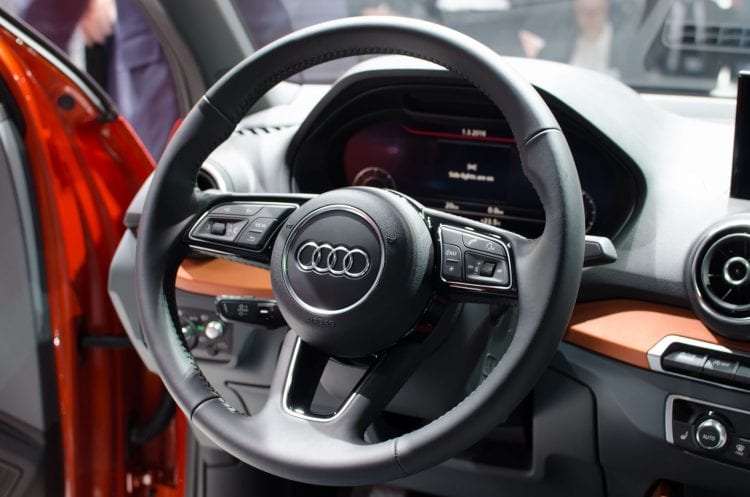 It’s not just infotainment where the 2017 Audi Q2 excels, but in safety systems too. It’s got all the latest safety features plus more than you would expect. We won’t even bother mentioning traction control or stability control since that’s banal stuff when you’re talking about pre-sense warning system for instance. A system that can detect danger on the road and warn you or automatically brake for you if it thinks you won’t be able to stop in time yourself. There’s a Stop and Go cruise control which does wonders when in heavy traffic, and the traffic jam assists aids it perfectly meaning you barely have to touch the gas pedal if at all.

Lane assist is something the Q2 is very familiar to. It uses an array of cameras and radar to keep you in check and in your own lane while also constantly scanning road signs, warnings and even speed limits not written which it can then feed to you in real time on the dashboard in front of you.

Competition is hot on its heels in the form of the highly-anticipated BMW X2 which is due to arrive at the same time as the Q2, but it doesn’t look nearly as good as the Q2 in our book. We’re looking forward to a cross comparison between the two. There are also few other models that could be compared but most of those are not in the same league when it comes to luxury and comfort level. 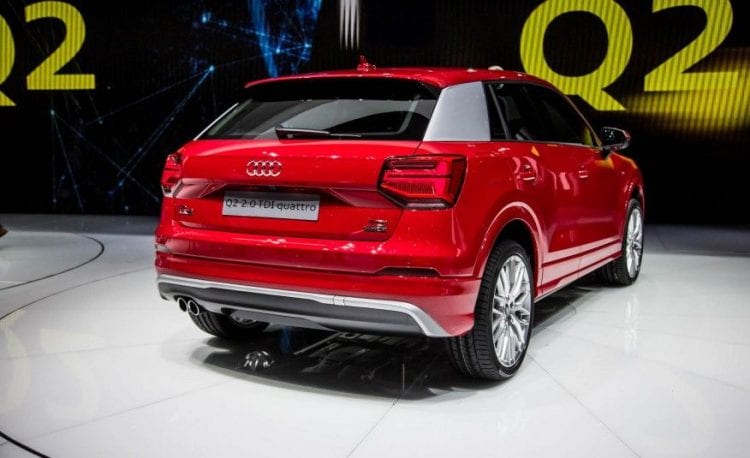 In the meantime, start saving up for one of the two. The current Q3 sells for around $33,700 in US, but expect the Q2 to be a bit less than that since it falls in between it and the announced Q1. First predictions suggest that base price could be from $25,000 to $28,000 but we will see it unveiled in the next few months.

Its first official sales will start in Europe but the 2017 Audi Q2 should come to the US shortly after that.