In a world that is constantly shifting and changing, mostly for the better, you have to be at the top of your game at all times just to be competitive. Nowhere is this more obvious than in the midsize sedan segment. This is largely the reason why we see this segment receive the most frequent and quite significant updates, more so than almost any other market part as a matter of fact. The cars in it are so closely matched together that it’s sometimes nearly impossible to distinguish any significant differences between them.

We’re no strangers to the famous German trio: BMW, Mercedes and Audi. Although we’re used to seeing lots of updates on nearly all of their models every year, 2017 proves to be the year of the Audi. 2015 and 2016 saw large changes for competitors like the 3-Series and the C-Class and finally we’re seeing a new Audi A4. 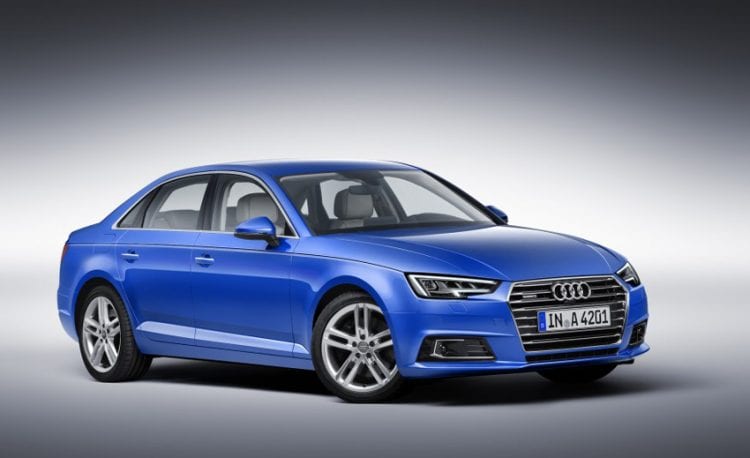 For 2017 it’s been completely redesigned with brand new features, much are more futuristic than the previous gen. The updates aren’t just skin deep however as the interior, and the engines have been modified too so it would closely follow any change to the body and platform.

The exterior is both good and bad. Good in the sense that it’s much cleaner and fresher than the older car, but bad in the way that it still continues to look almost like all other Audi models. Sometimes it is pretty hard to distinguish the models; this is not bad for entry level vehicles but if customers have a hard time knowing if it’s A8 or A4 it can get tricky. Now this isn’t that big of a deal considering how much its competitors look like compared to their larger and smaller brothers, but overall we’d like to see a greater distinction between models in all brands. Rather expectedly, the new A4 is much more similar to the A3 rather than the larger A6.

Did you hear about Audi A9 Concept? 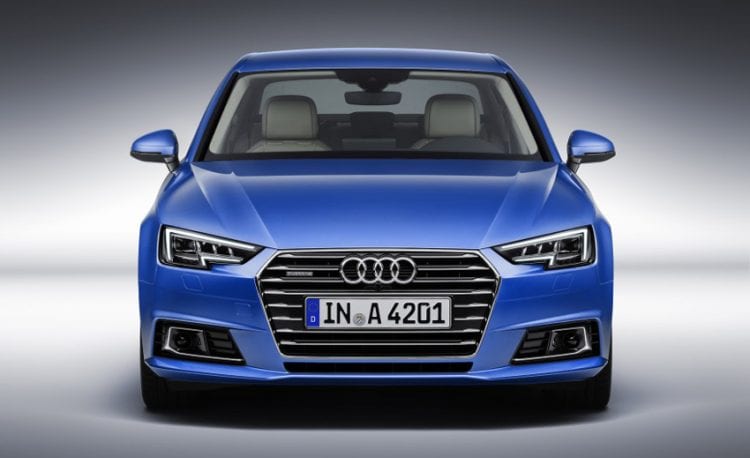 The front headlights are now more aggressive, and the trapezoidal grille is all new. The overall impression is that we are getting a much more angular design throughout the body but especially in the front part of the vehicle. Starting from the fascia and the headlights, running all the way down the sides of the car and ending up at the rear lights we are getting lines which are more elegant than ever. Don’t worry, however; the same roofline has been kept, and the features are distinctive Audi. You may not instantly know it’s an A4 if you’re not a car guy but you can tell it’s an Audi.

The real treat of the A4 has always been the interior. Even the old version had pretty much the best interiors in its class, but this new one manages to trump it by a mile. A bold claim, but one that proves true the more you dig into the details. Rather surprisingly the materials have been improved, despite the claims that the last car had the best ones available. We certainly didn’t feel like the old car lacked anything in that department but here it is, and boy is it incredible. 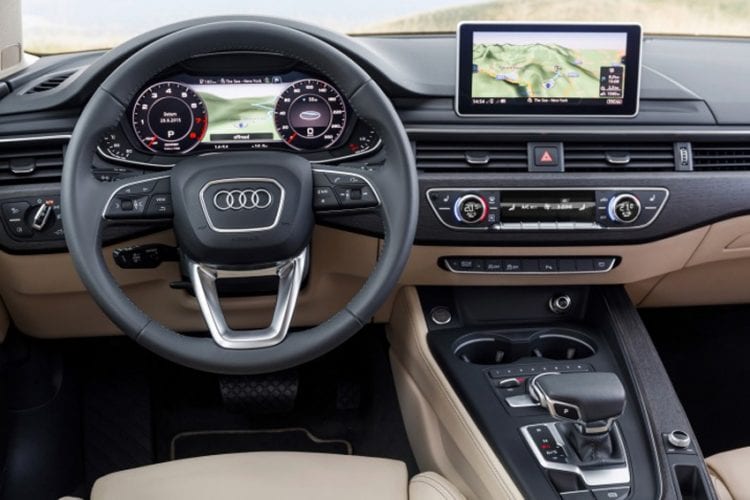 From the super soft materials to the nicely designed dashboard, quality pours from every inch of the cabin. Combine all that together and you get an open and spacious cabin. Not only is it cool, but it’s extremely functional and practical. No, not just regarding ergonomics for the buttons, but in terms of cabin storage that is now located in the center console and around it.

Speaking of buttons and ergonomics, it should come as no surprise that the revised MMI infotainment system greatly improves everything. It was always a system we felt was better than the equivalent Mercedes and BMW’s, but here, it is one step further. The main screen is now located at the very top of the dash, and it’s controlled via revised controllers located on the steering wheel and the center console. Just like most complex systems, it does take some getting used to, but once you do, it’s easily one of the best. It’s user-friendly and intuitive so you will get used to it quite quickly. 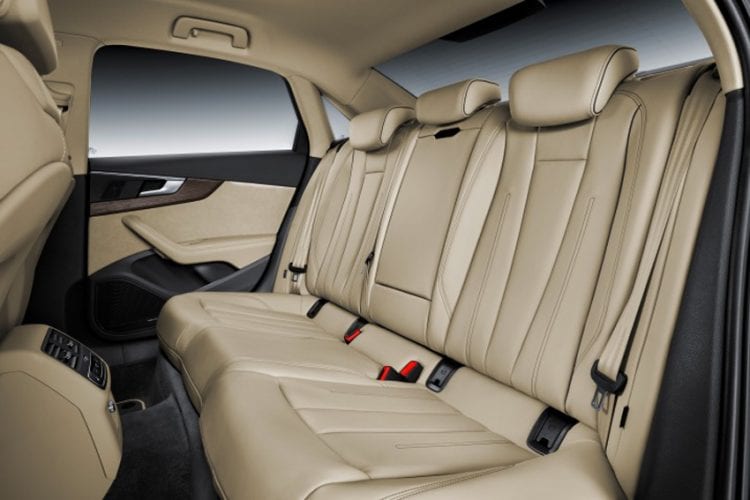 The same concept applies to the Virtual Cockpit that simply hugs you. It’s comprised of a 12.3-inch display filling the instrument cluster. It can very realistically re-create the standard digital gauges or even shrink them to give space for a large central display for the entertainment and navigation systems. When used in combination with the heads-up display it’s incredibly useful. You can keep your eyes on the road at all times, all the while getting fed all of the necessary information needed.

Space was never an issue for the old A4, and neither is it for the new one. The front seat offers the same amount of legroom and headroom, but the generous space in the rear is now even bigger. It’s comfortable even for larger passengers and the 13 cubic feet of space behind the second row is a real treat for anyone wanting more room. After you lower the seats, it opens up for even more space, and you can load larger items with ease.

Europe will, of course, get multiple diesel variants, but the U.S. edition only comes with a single unit. Still, it’s not half bad considering it’s a turbocharged 2.0-liter four cylinder with 252 horsepower and 273 lb-ft of torque. It’s front-wheel drive in standard guise with the option of a legendary all-wheel-drive Quattro system. The engine is mated to a seven-speed automated manual which in essence is a regular automatic but with the options for manual control. Audi says the front-wheel-drive A4 will reach 60 miles per hour in 6.1 seconds, and the all-wheel-drive A4 one completes the same sprint in just 5.3 seconds. It’s impressive, considering that number essentially matches the 328i, a much more powerful sedan with a six-cylinder engine. It manages to return 28 miles per gallon on the combined run, which is a great result for this segment. The all-wheel drive version is slightly worse at 27 mpg which still is a great result. 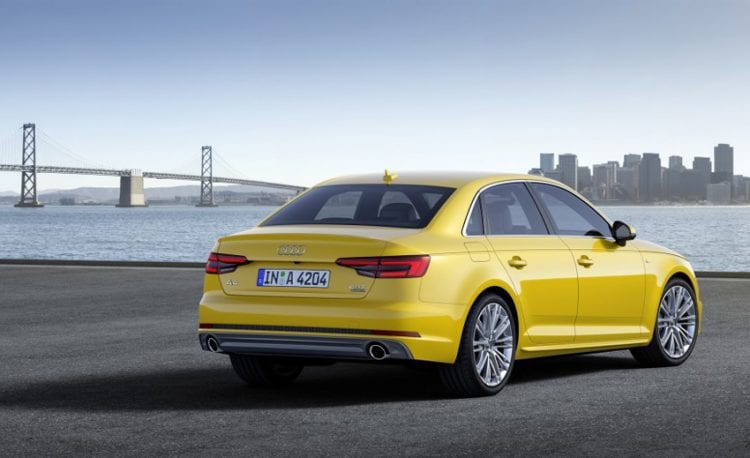 When it comes to driving manners, the A4 is in the middle. It exhibits the standard Audi understeer when pushed hard, but it’s no surprise honestly. Audis have been engineered for safety, and this is their way of preventing you from spinning out. The ride is smooth and beautifully damped while managing to control the body roll extremely well. If you’re looking for the best driver’s car in this segment, however, you’ll have to look elsewhere.

Prices for the 2017 Audi A4 start at $37,300 making it a great deal for anyone who’s in the market for such a car. There are many competitors but with the features that Audi packs in this vehicle, we think that it does deserve one of the top spots on the market.