Aston Martin has recently been very busy developing new models, and it should be as it had a quite aged lineup. First novelty came in the form of four-door coupe Rapide in 2010, then Vanquish was revived in 2012 after five years of void, and finally DB9 after 12 years, lived up to be replaced by successor DB11 last year. Sadly, this lineup revamp has evidently skipped Vantage model, which has been with us from 2005.

While we are still waiting for a proper replacement, the British company has prepared something special to keep us entertained in the meantime, and that comes in the form of 2017 Aston Martin Vantage S Red Bull Racing Edition.

It is a special edition of Vantage model, and it is here to commemorate newly found cooperation between British car maker and Red Bull. Both sides joined forces to create hypercar AM-RB 001 that we recently had a chance to see at Canadian Auto Show, and that is yet to debut with final looks. Also, Red Bull F1 car now features Aston Martin logo on its sides, and this special edition also honors the return of Aston in F1, although just as a logo for a start, but we all know that they desire fully to enter the F1 game once again. 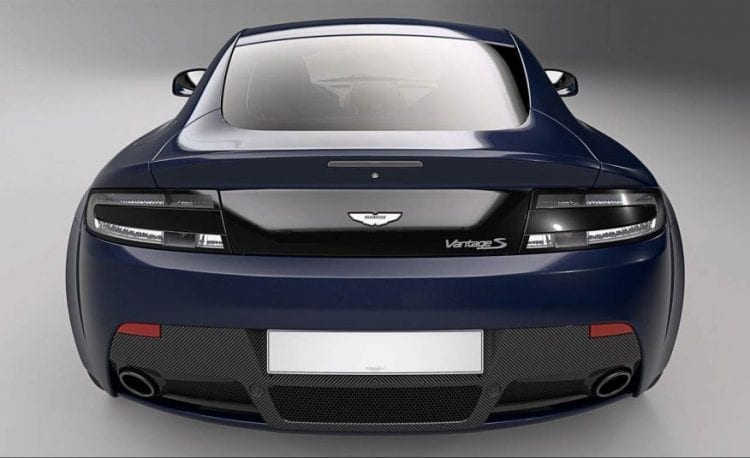 This special edition comes in three colors, Satin Mariana Blue, Mariana Blue, which is same as previous one but with added gloss, and Tungsten Silver. In this case, the meshed grille is encircled with the red or yellow accents, and same colors are decorating side vents which also carry Red Bull logo. Brake calipers are yellow, and there are lots of carbon fiber pieces all over the car, staring with grille, front splitter, side vents, mirrors, whole rear diffuser and ending with middle part of tail lights.

On the inside, whole center part of the dash received carbon-fiber treatment, head rest have Red Bull Racing logos, black leather seats feature red or yellow contrast stitching, and we have Alcantara-wrapped steering wheel. As a special touch, you can have sills signed by Daniel Ricciardo or Max Verstappen, current Red Bull F1 drivers.

Figures are not that bad, but we are talking about what were top S models here, and in the meantime, rivals have managed to produce much better figures, while we’ll probably have to wait for the new generation to close that gap.

IF YOU WANT ONE

If you have the desire to purchase 2017 Aston Martin Vantage S Red Bull Racing Edition know that deliveries will start from the second quarter of this year and price has not been publicly announced, so you’ll have to contact the dealer to acquire the knowledge about it. Anyway, it should add a couple of grand more to the V8 starting price of £98,000 ($122k), while V12 starts at £140,000 ($174k) in the UK.

Note that there are much better and newer alternatives to dated Vantage, regardless of this special edition, but if you are for some bespoke British elegance, while new gorgeous DB11 is out of reach, this could pose as an interesting option for you.