The current Vantage has been around ever since 2005 and even though it hasn’t been the most reliable or fastest GT-sports car out there, it managed to offer style and one of the most impressive coupe shapes in the automotive history. Like you would expect from such a well-designed car, its successor would have to be quite a bit better in order to become the worthy heir.

While the new version of Aston Martin Vantage hasn’t been officially unveiled just yet, rumors combined with official details suggest that the upcoming car is a lot closer than we thought. What we could hear is that the completely redesigned new generation is being prepared for the 2017 model.

In fact, we expect the next version of the Vantage to be released before the end of this year, and it should go into production shortly after that. This is a really important car for Aston Martin because their contract with Ford ends for the 6.0 liter V12 which means that the new car will only be released with a V8 heart for starters. The news is both good and bad especially since official details reveal info about new Vantage that suggest this will be their first car to use an entirely new power-plant. 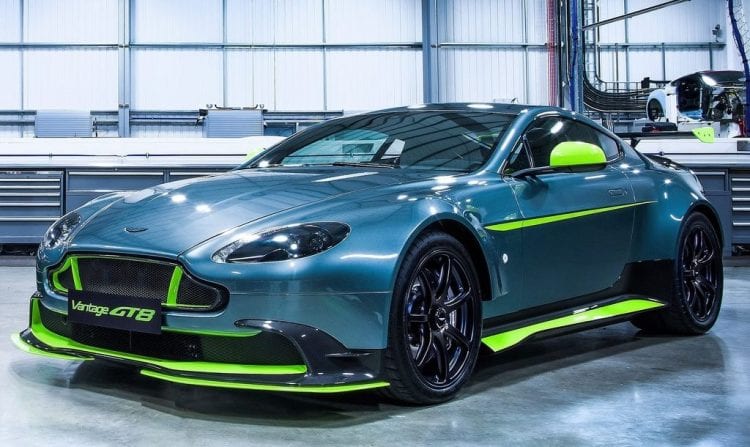 This model will be in fact fitted from the factory with a 4.0 liter twin-turbocharged V8, which has been rumored to be installed in an Aston Martin ever since 2015. If this type of engine seems familiar, it is because the car will be fitted with an AMG-built 4.0-liter V8. This will make more than 450 horsepower and 450 lb-ft of torque which is quite a bit more than the older 4.7-liter unit. It is interesting to say that we were able to see powerplant as mentioned earlier producing more than 500 hp, so it is not yet clear, but we might be getting, even more, power than original rumor suggested.

This engine will also come fitted with either an eight-speed automatic or a 6-speed manual which means that the Vantage will become the only GT-sports car to use a manual giving us hope for the future. To replace the old V12 engine, it seems that a Mercedes-derived power-plant might be installed at a later date which could become really interesting to see.

Unfortunately, we can’t say too much about the actual interior or exterior of the car because it is not ready yet. However, from the development mules we’ve seen in the past, we can assume that the new Vantage will be slightly wider than the current car as well as it will come with the slightly lower stance. The wheelbase seems to be the same which tells us that the rumored 2017 Aston Martin Vantage will get a design inspired by that of the DB10, which is one of the best-looking cars to be released recently.