An official photos of the newest 2017 Alfa Romeo Stelvio have been presented. There is one thing with Italians, they just need to be late for everything. The same mentality found its way to its automotive industry, and after so many years of waiting for Giulia, we again waited so many months from Quadrifoglio to the introduction of other versions. We have, to be honest, things with Stelvio are much faster, in Italian sense, and now we have just unveiled Alfa Romeo Stelvio Quadrifoglio. Yes, they did the same as with Giulia, first hottest version and later all else, hopefully not much later. And also they are making it with Giulia in same Cassino plant in Piedimonte San Germano, Italy. 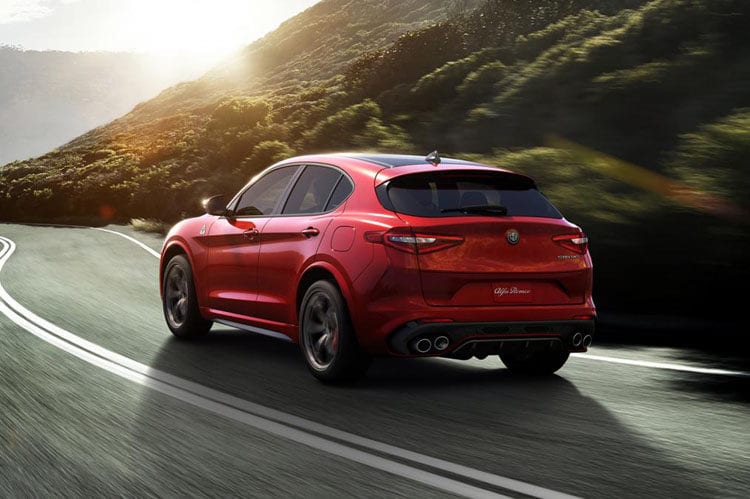 Bella Figura are not just two words for Italians. They are a story consisting of many words needed to explain its meaning. If we try to make it short, it represents the importance of beauty in every aspect of life. Since beauty is in the eyes of the beholder, we will not impose anything, we will just stress that Quadrifoglio will have distinctive styling upgrades including carbon-detailed side skirts, more aggressive bumpers, wider wheel arches and a rear spoiler that sits atop of the boot lid, which will all be missed in the regular version.

Dimension wise it is one of the smallest medium size SUVs on the market, as it is 4686mm long, 1677mm tall and 1903mm wide. Interior share many things with Giulia, so much that we will dare to say it’s almost the same, and it won’t be marked as a fault since you could never have enough of Italian elegance.

Italian “heart” must be something special, so they played the safe card and put under the hood all-aluminium, bi-turbo 2.9-litre V6 petrol with 503 bhp and 443 lb-ft, exactly same as the one in Giulia Quadrifoglio. Alfa hasn’t disclosed acceleration figures yet. The feisty engine is coupled with an eight-speed automatic gearbox, which can shift gear in 150 milliseconds when in Race mode.

There are also other modes: Dynamic, Natural, and Advanced Efficiency, besides mentioned hardcore one. Other possible engines could include 2.0-litre turbo petrol engine with 276 bhp 295 lb-ft which would probably make Veloce version and 2.0-litre petrol and 2.2-litre diesel with notably less power that will constitute regular models. And you guessed it, estimation is based on existing Giulia engines.

Some things are not same with Giulia, as 2017 Alfa Romeo Stelvio only has four-wheel drive option, which is Q4 system coupled with torque vectoring for the first time and capable of sending 100% of the torque rearwards in normal conditions, and if it’s needed divide torque up to 50/50. SUV will also have ceramic brakes and double wishbone suspension at the front and four-and-a-half link system at the back. Alfa first attempt at crossovers segment is supposed to drive in a magnificent manner, and according to officials, it should drive as a coupe.

It will certainly tempt the possible buyers to look away from Porche Macan and Jaguar F-Pace which are leading in driving dynamics in the medium size SUVs segment. Alfa Romeo and Maserati CEO Reid Bigland has dared to say that car will lap Nürburgring in under 8 minutes, which will allow it to stand next to Panamera Turbo with a lap time of 7 minutes and 56 seconds. 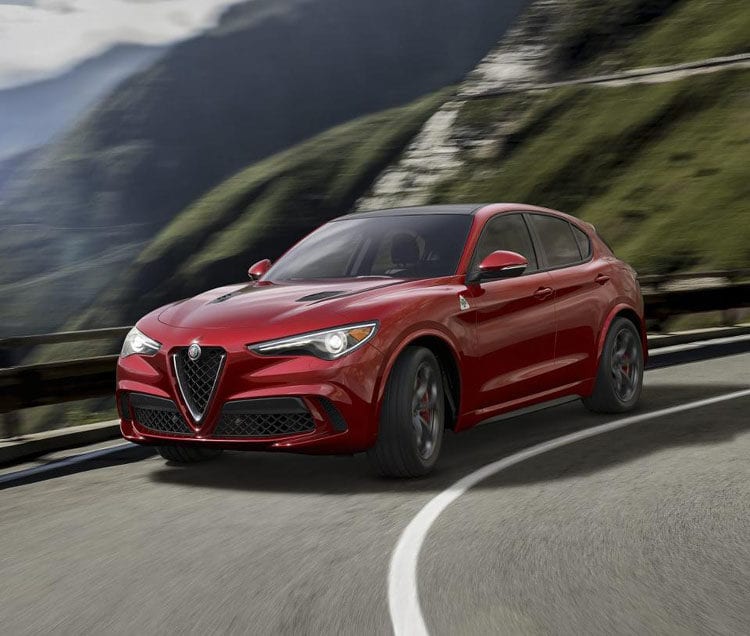 WHAT ELSE TO SAY

2017 Alfa Romeo Stelvio in its Quadrifoglio version shoots at Mercedes GLC 43 AMG, Porsche Macan Turbo and in some way Audi SQ5, although we should hold that until RSQ5 arrives. Also, Jaguar F-Pace SVR is in preparation, and it seems that scenery is crowded. The regular version of Stelvio will have to find its way in an even much more crowded surrounding, which we don’t have enough space to list, and that is making title question puzzling.

Alfa hopes that first SUV will be its best-selling model, but it is a long, bumpy and uncertain road to that title. What we know so far is that Alfa never had a problem in reaching hearts of potential buyers.