Alfa had a go there in recent years with gorgeous, but no so sporty GT model, similar story with Brera later and then bespoke visual work of art or 8C Competizione and Spider. They all got beauty part checked, while dynamic one, not that much, and that even counts for 8C with all respect to powerful V8 made by Ferarri. Finally in 2013 Alfa decided to check all boxes and 4C was born, so let’s see after four years on the market, what 2017 Alfa Romeo 4C has to offer.

You just cannot compare 4C appearance to anything that counts as its direct rival. You can only compare it to the things as Ferrari, and even then it will outshine most of them. 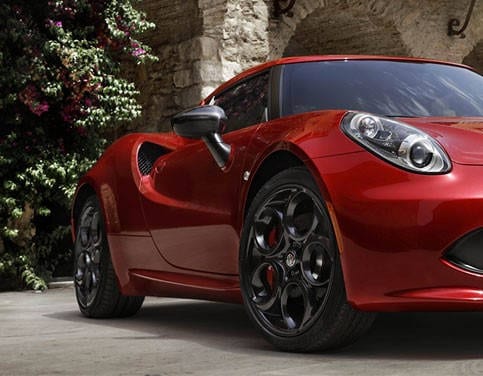 If you own it, you don’t have to drive it, you will be satisfied enough by looking at it. Ferrari style round rear lights has probably never been incorporated in more passionately and gracefully sculpted tail. Maybe it even surpasses 8C, and that was not expected, by any of us.

It has to exist with Italians, right? 8C was a supercar, and it had a cabin that fitted that moniker. You didn’t expect luxury sedan level of comfort, but the design was nice, and it did have some usual amenities to keep you satisfied. 4C? 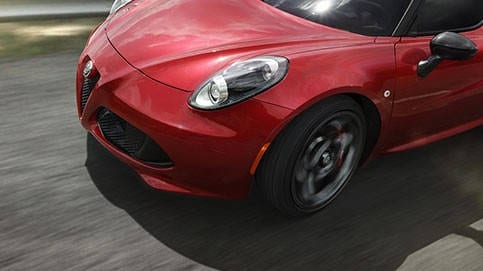 Well, that is sort of another story. All beauty stayed outside and comfort part never even made it here. The cabin doesn’t use one extra inch of its cheap plastic above necessity and forget about any convenience stuff, which even counts for door handles or glove box. 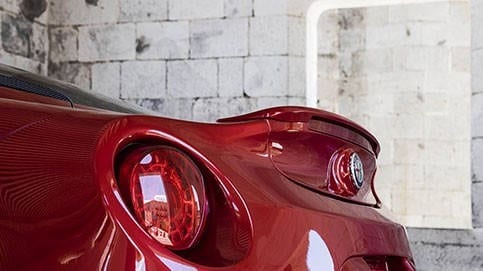 If you go for Spider, you’ll have to roll on the roof and detach it with your own hands. Look it this way, the interior is way closer to Lotus, then to any of its Porsche or Corvette rivals, and that should give you a hint about its scarceness.

BUT, WITH THE REASON

Yes, there is a reason for that move, and here it is. 4C weighs 2,465 pounds, which means it is lighter than Boxster by 500 pounds and beats Corvette in this segment by 800. Compared to Jaguar? As little as 1,000 pounds. That is why there is nothing bigger than 1.8-liter turbocharged I4 under the plastic hood. It is rated at just 240 hp and 258 pound-feet of torque, but in its case, enough for sprint to 60 mph in 4.5 seconds.

So, we have ultra light, carbon-fiber body, mid-engined sports car, with 6-speed dual clutch transmission and double wishbone suspension at the front. Result? Mind blowing cornering! The car is as vigorous as you can get and it is more live than anything you can own in its price range, apart from even more ascetic Lotus. You even don’t have power steering, and Race mode has finally proper meaning in some car. It’s so hard-core that it is actually just for the race track and not the usual empty statement. Brembo brakes stop the vehicle in less than 100 feet, and the brake pedal is uncompromised, every touch produces a crazy amount of force as if you are never outside of the track.

WHEN TO BUY IT?

With a price tag of $57,500 for the coupe and $67,500 for the Spider, 2017 Alfa Romeo 4C has plenty of rivals. Cayman, Boxter, Corvette, F-Type, TT RS, they are similarly priced, but nothing like 4C. If you want a sports car to show off, don’t go for this Alfa. It offers the comfort of a park bench, and you need to be able to bear it like a man. If you melt down while enjoying lateral g in Elise or Exige, but you crave for little bit more cushiness, then Alfa is the key. It is the closest thing to Pagani, or any other track breed supercar, in price bracket tripled as his.