In 1986 Honda just couldn’t settle with providing decent, reliable and most importantly “cheap” cars, so they started to dream about going big, about going premium. The product of such thinking was a formation of Acura brand, which intended to push Japanese company to premium waters. Let’s take a look at 2017 Acura TLX and see how it fits luxury segment.

It’s not that special. It is far from bad, it just doesn’t trigger an additional response when you look at it. TLX come as a replacement for TL and TSX together, and both of these had more pleasing looks at their time. TL could even be characterized as interesting, design-wise. 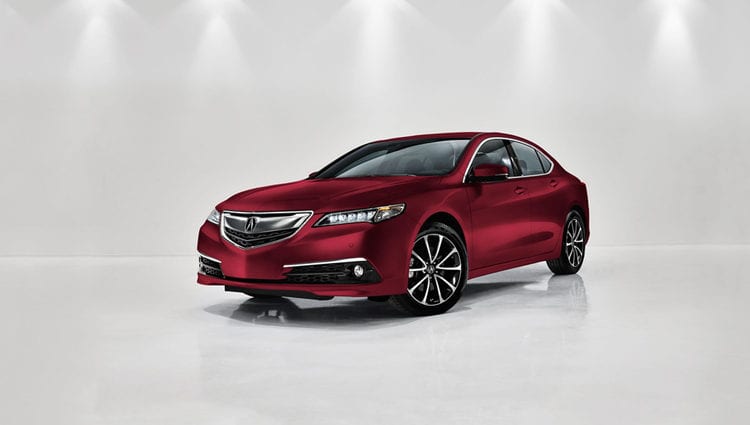 Anyway, the exterior is offering a plainly looking sedan with a touch of coupe-like aggression and modern looking headlights that are improving the situation to some degree.

(Read about 2018 Honda Accord review and news)

The cabin is spacious, especially when we keep in mind exterior dimensions, although leg room for rear passengers is about an inch shorter than in Mercedes C-Class and BMW 3-Series. It is packed with storage compartments to put your belongings, and center console is quite roomy in that sense.The design language of the interior is a just evolution of TL’s and not much effort has been done to make it more special. 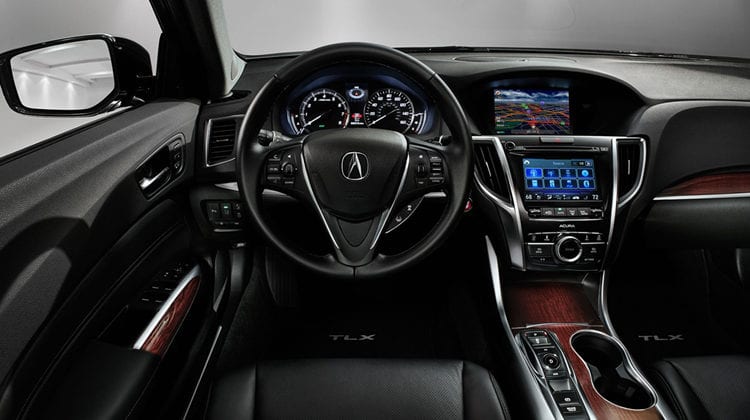 Without a doubt the 2017 Acura TLX shoots at the premium segment and German competition is just offering incredibly more in styling, build quality, materials and everything else. There is one thing that makes it special, and that is noise, actually, lack of it, since with speeds below 80 mph it is unbelievable quiet, and that is helping its premium aspirations.

This a field for Acura to shine against German counterparts as every TLX includes LED daytime running lights, a power moonroof, power-adjustable front seats, keyless ignition, hill start assist, cruise control, automatic headlights, and heated side mirrors with reverse gear tilt-down. If that doesn’t satisfy you, you can opt for Technology Package and Advance Package that are offering much more.

For 2017, nothing has changed regarding engines compared to 2014 when this model was introduced. You can go for 2.4-liter inline-4 that makes 206 horsepower and 182 pound-feet of torque that is shifted through an 8-speed dual clutch automatic or you can stretch for 290-hp 3.5-liter V-6 with 9-speed automatic, but you shouldn’t. 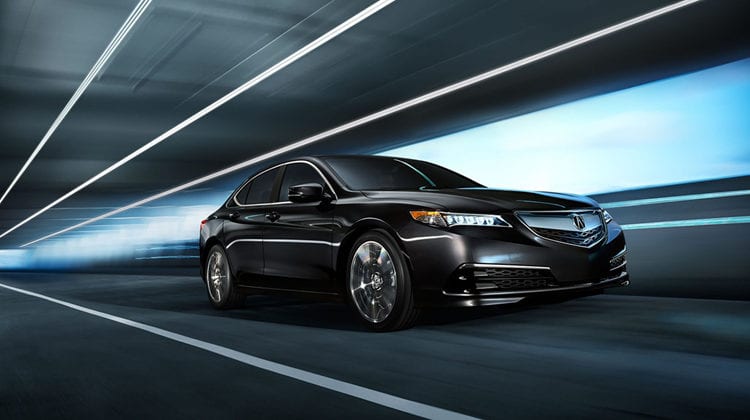 Just forget about that extra power, the base model is light, brisk and obedient to your commands. Also dual clutch automatic is so much more responsive and less jerky than old school automatic paired with a bigger engine. Even if you object that V6 comes with SH-AWD or Acura’s all-wheel-drive compared to the front-wheel-drive of I4 powered models it weighs additional 300 pounds killing all advantage that way. Paying extra for getting less is just making a choice here very narrowed. In addition, the smaller engine gives 28 mpg combined, while bigger brother offers 25 mpg so that we can rest our case now.

Luxury sedan segment competitor from Acura was granted by federal testers a five-star overall safety rating, and since there is five-star scale it can’t get better than that. 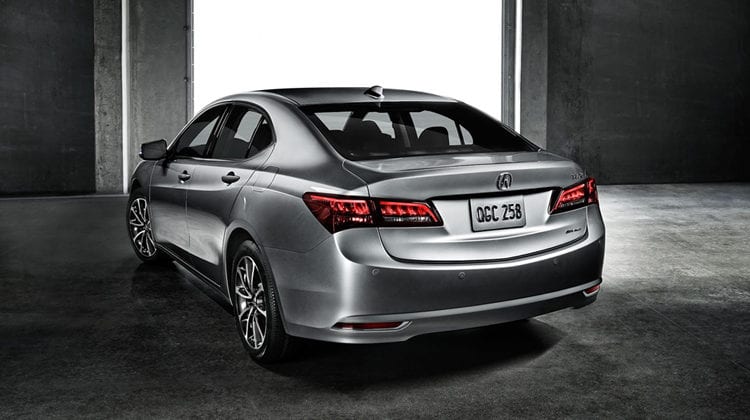 Plus there are lots of standard features that will protect all occupants, these include seven airbags, traction and stability control, anti-lock braking, brake assist, LED daytime running lights, a rearview camera with dynamic guidelines, and more. With no remorse to your wallet, you can get a lane-departure warning, lane-keep assist, forward collision warning, automatic emergency braking, blind spot monitors and rear traffic alerts.

2017 Acura TLX tries to play on a premium card, which rivals models like BMW 3, Merc C-Class, Jaguar XE and others. No, it doesn’t have a luxury feel or drive as mentioned competitors, but it will offer resembles of premium with an almost nonpremium price which is quite a catch.