Home
Acura
Crossover
2017 Acura RDX – One of the Best Crossovers

The old saying goes: “Don’t fix it if it’s not broken.” Well, Acura obliged by it and didn’t bother changing the 2017 RDX too much. So what you get is a mostly intact 2016 model for 2017, but that’s not the whole story. Yes, it may not have a lot of updates, but Acura’s premium crossover is much more than a sum of its parts.

See, last year was a big year for the RDX, and previous year version received a lot of upgrades. The look was changed, there were more visual elements added, the wheel designs were improved, new colors were introduced to the already vast pallet, and it received a big horsepower bump. All of those things combined made the car much greater than you could imagine just by looking at the specs alone, so it’s no surprise that it turned out to be a big success boosting Acura’s sales even beyond their expectations.

The 2017 Acura RDX is a great daily driver which has a light off-roader vibe. This is why it’s many people’s favorite compact crossovers in fact. You have all of the premiums without any of the drawbacks. It may not be the most sophisticated car in its class, and you certainly won’t encounter a smart all-wheel drive system or an 8-speed auto transmission but what you will find is character and plenty of it. The RDX combines CR-V comfort and reliability with even more luxury and upgraded features. 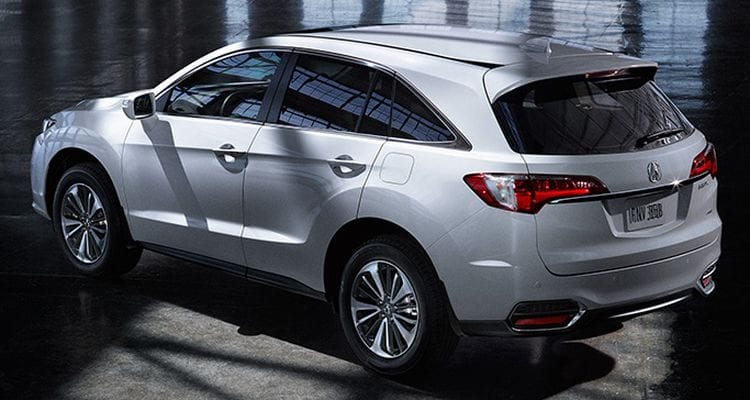 Let’s just dedicate a few words to the appearance of the RDX first. It’s definitive Acura ad you couldn’t mistake it for anything else. Okay so it resembles Honda’s visual design a bit, but that’s to be expected from a company that’s their luxury division. It’s not particularly beautiful as much as it is striking. We’re not talking in your face striking but rather understated elegance and refinement. It’s perhaps the best way to describe the angular shapes of the RDX.

The front and rear fascia’s, as we said, are unchanged as is the side profile. It still has a bit of a hatchback feel to it, and that’s a good thing. The roofline gives you the impression that this is a small SUV, but the rest of the car suggests it’s a small crossover. If you’re looking for understated looks, this is the vehicle for you. 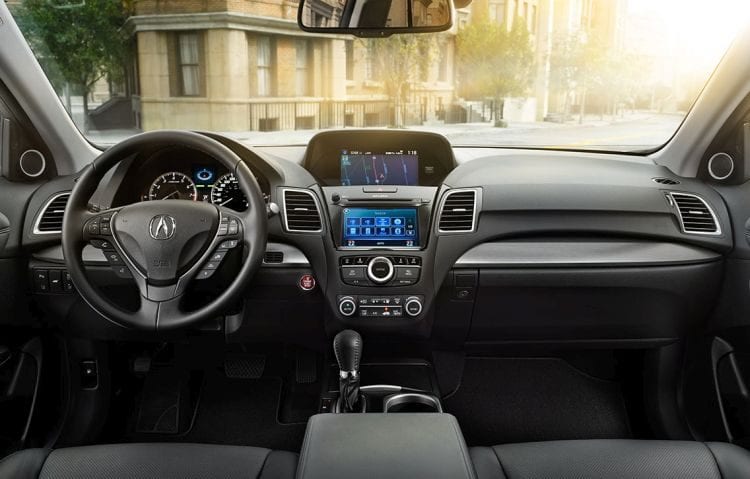 Inside you’ll find nothing but excellent fit and finish of the high-quality materials. The way in which the RDX was pieced together simply speaks luxury. Nothing squeaks or rattles and more importantly there are no bad or cheap plastics we are usually getting in some of the competitors in the segment. All of the textures are soft and pleasant, but, we can also say that it looks bit dull and too black. A good design and two-tone dash thankfully breaks that up and adds some much-needed feature.

The base models receive just a simple dial controller located on the central stack plus few conventional buttons for controlling the infotainment system. Although it’s an excellent system and controls everything just fine, it’s just that bit slower and less user-friendly than what we get from other competitors. It is, however, a lot better than the split-screen interface that comes with the Technology package. The screen itself is fine but the response time is poor, it’s more distracting when driving, and the division of information on the sides of the screen can be confusing so you will need few days to get the hang of it. One thing we have no complaints about is the seats. The front ones are especially wonderful giving you loads of support, comfort, bolstering and ample leg and headroom, what more could you wish. Backseats follow a similar pattern with class-leading legroom and decent headroom. The rear seats are raised a bit for more visibility, but they can still sit three adults across with relative comfort, or two of them with VIP treatment.

Cargo room stands at 26.1 cubic feet which are about average. Fold them down and you get 61.3 cubic feet, a lot more, but still nothing to brag about. That doesn’t come as a surprise with cars like the RDX and similar models from other car makers. These are luxury crossovers, so it’s no wonder they don’t have as much boot space or practicality as something like a Honda CR-V. And yet, the RDX manages to trump even the Q5 with four more cubic feet.

The engine is the same and already proven, 3.5-liter V6 developing 279 hp and 252 lb-ft of torque. There’s a standard six-speed auto transmission which features just a single clutch, one down on the brilliant DCT found in the Audi but still does its job more than successfully. Power is sent to the front wheels but as with all luxury crossovers, the RDX can be specified with an all-wheel drive system.

Performances that we are getting here puts this crossover in the quicker part of the market. The sprint from 0 to 60 miles per hour took 6.5 seconds making it amongst the best in the segment. The big V6 manages to return 23 miles per gallon on a combined run, a number which drops down to 22 if the RDX in question is equipped with the all-wheel drive system. This is in no doubt helped by the 2017 Acura RDX’s relatively lower weight.

That weight also helps with the driving dynamics and capabilities. Acura has stuck with the V6 engine despite the smaller four-cylinders offered in most competitors, and we have to say, they made the right choice. It may not have a turbo shove in the back, but that V6 delivers the power so linear and smooth in such a way that no turbocharged engine can compete with it. Added benefit of this? The sound a V6 makes will always trump that of a four-cylinder allowing it to rev more freely and at higher rpms.

The RDX is poised and balanced, but it still can’t compete with the likes of the Audi Q5 for instance. Body roll is kept to a minimum, but that’s not to say the car is harsh because it isn’t. It’s well damped and absorbs all of the bumps and road imperfections like a luxury crossover should. 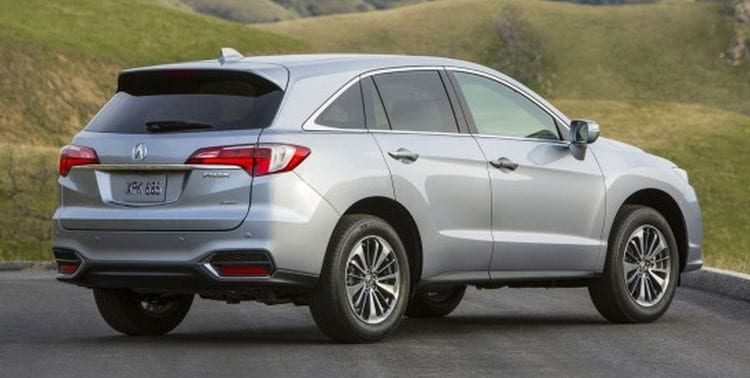 The RDX has moved into the crossover section and certainly is one of the best choices. It’s just too good to be a crossover. View it more as an alternative or different take on bigger models such as the Lexus RX. Prices remain unchanged as the previous year’s RDX, meaning a starting price is just $33,300. We suspect you want one because so do we.

You can read more about Acura RDX here.