You have probably heard about AC Cobra or Shelby Cobra somewhere, and there is a high chance that you watch it on you little screen as Hollywood does include it in some number of car-oriented movies. Besides the fact that car debuted in 1962 and story partially ended in 1967 with financial failure for Americans, continuation cars never let us forget about it. That also lead us today to 2017 AC Cobra 378.

It is the rebirth of the fourth generation of the legendary roadster, so visually it entirely depends on it. The car will try to carry on with many traditional features, though many present day novelties will arrive to make it suitable for most buyers. Still, it remains a quite uncompromised pair of wheels, so if you are not sure in the statement of AC Cars owner Alan Lubinsky that it could be used as an everyday car, unless it is raining off course, keep in mind that more user-friendly version is in preparation. 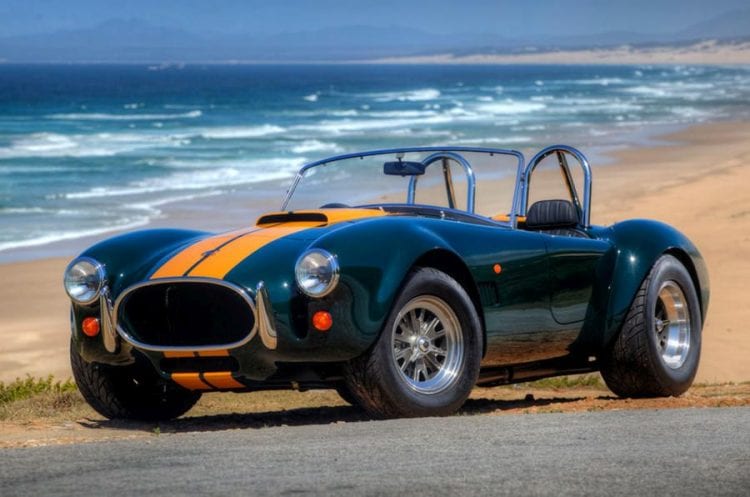 We mentioned that new model would not fiddle with the original retro look, so you have round head lights, nonintegrated metal fenders, lack of any roof covering, massive fender flares and ascetic interior. Many old timers look stunning today, and this is one of those. And just the bare fact that you can get it with zero mileage and lack of decades of its existence, might prove alluring enough if you ever interested in this kind of ride.

It also tries to convince you by keeping some of the ancient amenities for this type of car, as it even retains ladder frame chassis, trying to preserve ride sensations of old times.

In this tiny open body, you will find stuffed large 6.2-litre V8 engine and 378 part of the name implies displacement in cubic inches. In one case, it is naturally aspirated unit delivering 446 hp, in another instance, it is supercharged one boosting enormous 558 hp.

And now, both engines does carry within electronic control unit or ECU, which is then followed by the smooth gearbox, power brakes, power steering, ending with optional air conditioning. British had the intention to improve living with their product, but they claim that primary feeling of old times is preserved.

2017 AC Cobra 378 is going to be priced above $100k, so it’s far from being alluring in that aspect. It does give a sensation of owning a legendary oldtimer, but some modern amenities dilute that feeling, and you are aware that it doesn’t attract that charm that builds up over years of existence. If you are thinking about purchasing a new model, with exact original specification, bare in mind that AC plans to ask well over half a million for this kind of its products, so it instantly becomes out of reach of many.

Even if it is in the reach, it might seem exaggerated more than a bit. So, you are either left with this one or well preserved classic circling around its price tag, that’s actually harder to live with, but more charming in return. The answer is not so easy, and we will leave it to each buyer.