If there’s one company who can offer you just about anything in the automotive world, it’s the VW Group. Specifically, the biggest shareholder of it, the Volkswagen itself. Take the large MPV market for instance. Volkswagen has a couple of models just for that segment alone, let alone others. So you have the Golf Sportsvan, the Touran and of course the Sharan. The much larger Caddy and Multivan can pass as MPVs, but they’re vans really, so it would be unfair to call them MPVs. Regarding function, design, and purpose, they’re all very similar and are offered to the same audience. Not one is a direct competitor for the others, but they all complement each other in ways which will only further enhance sales of all these models.

The 2016 Volkswagen Touran is like almost all other VW models built on the MQB platform. The Modular Transverse Matrix is a platform developed by VW in an effort to keep costs down and utilize possibility of sharing parts between all of the models. It’s a popular platform, perhaps the best one and most used at the moment. It’s being used by all VW Group car makers such as Skoda, Seat, and Audi. Thanks to the optimal packaging created by the MQB platform the Touran can be very tightly packed compared to its rivals. It is 2,791 mm long at the wheelbase, some 113 mm more than the outgoing model. That increase in wheelbase sees the interior space go up drastically. The new Touran body is also 41 mm wider, now standing in at 1,814 mm wide. The height has been decreased (a good thing) by 6 mm and is now about 1,628 mm. Thanks to the visual changes it’s now much more aerodynamic and has better proportions all-round. 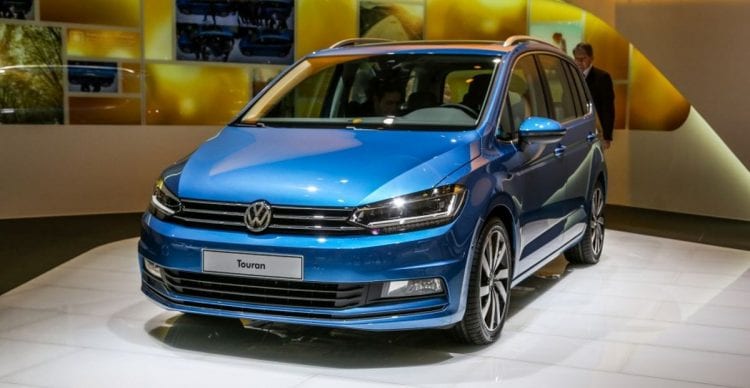 The body of the 2016 Volkswagen Touran is completely reworked. The powerful lines of the previous version are still here, but they have been even more accentuated and stand out far better. The upgrades are very visible, however, and you can instantly tell this is the new facelifted model and not the old outgoing one. The sharp lines as we said have been kept, giving it a great mix of aggression and striking factor coupled with a healthy dose of elegance and refinement. It’s now much sportier looking as well, thanks to the longer side windows and the very contoured lines. The aerodynamic drag coefficient has been dropped to about 0.296, an incredible result for a car such as the Touran. Not many sedans can brag about that kind of a figure, let alone a tall MPV, which was mostly designed for other reasons in mind.

For all of the changes making it sporty and much more aggressive, it’s still maintained the same slightly conservative look. In fact, we’d even say it’s more grown up now. It may not be the best-looking MPV out there, and we all know it’s not even close to being the best looking car ever, but for something like this it isn’t that bad. Provided you like VW’s styling language at the moment of course.

The true test of the MPV comes once you enter its cabin. The purpose of the MPV kind of disappears if the vehicle doesn’t have ample of room inside or it isn’t usable. Thankfully, the Touran has neither of those problems. As you may know, the success of the Touran has come directly from its interior, and this new one continues that same trend of decent quality materials and a good amount of space. The entire cabin has received a few tweaks here and there making this the best MPV to come out of VW to date.

VW claim everything has been tampered with, and nothing has been left to chances. They wanted an all-new model which would be closer to what VW is up to these days, and a simple exterior facelift would not have done the job. Messing with the interior and introducing better features and materials, now that’s exciting. 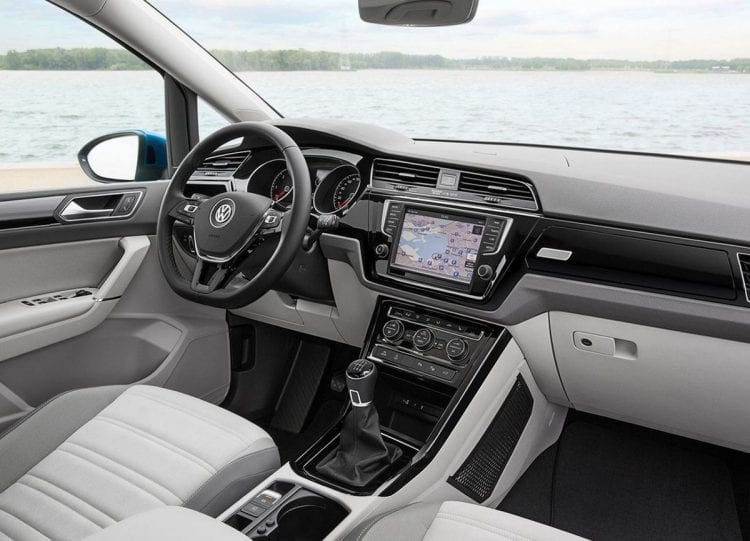 The brand-new fold-flat seating system has a major role in the interior of the Touran. The three separate seats in the second row along with the two in the third row can be folded down in just a few seconds to create the perfectly flat floor. This may not seem like a lot but trust us; you will use it one day as that’s what the car was designed for. Having the seats folded all the way gives you more leverage as to what you can fit in the car and carry around. When everything is folded down you have an enormous amount of cargo capacity, 1,857 liters to be exact. While other models may have a flat floor too, the difference is that the seats in the Touran can stay inside, and there’s no need to remove them and the reinstall them again. It’s very convenient. 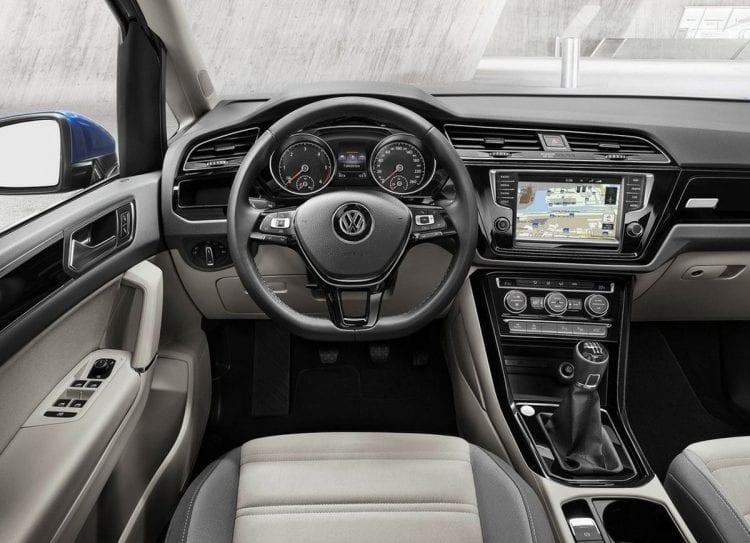 When it comes to the engines, you have a lot of them. First off there’s the entry-level 1.2-liter TSI unit with 110 horsepower. It’s got a six-speed manual as standard and can manage 5.4l/100 km. It reaches 100 km/h in 11.3 seconds and will go on to 189 km/h we have no complaints to this since we know that its main goal is not to offer stellar performances. 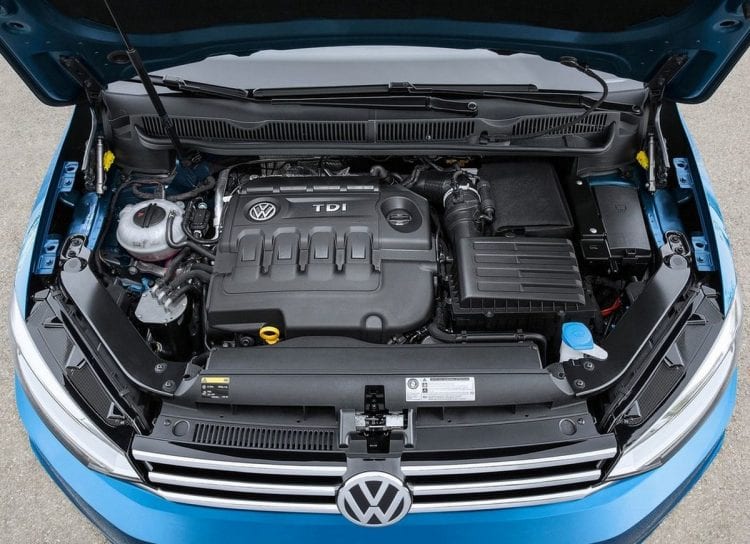 Prices are expected to start at around 22,000 pounds, but we’ll have to wait and see whether that’s the correct figure. One thing we need to add. For all those drivers that wanted this vehicle in U.S., we will disappoint you since almost certainly it will not come.