Small cars are the perfect for personal transport, not only for big cities but the perfect transport full stop. Yes supercars are cool and big off-road trucks will turn a lot of heads, but as a personal vehicle, you’ll struggle to use them to their maximum. If we’re being honest you’ll struggle to find faults in a normal city car when daily driving either. Well, Toyota Yaris the definition of city car has just been given a refresh but is it good enough to climb to the top?

The Toyota Yaris is a Japanese hatchback with roots tracing back to the European market. It was first designed as a city car for the small crowded streets of France and Germany and the concept took off from there. The car is very nimble and agile and with new modern day equipment and systems, it’s not lacking in anything. For 2016 however, not a lot has been changed if anything really. This does make you wonder: what are you getting then?

Well with a small car like this, technology is everything. On that front, the Yaris comes with Toyota’s Entune digital interface. A system with a rather large 6.1-inch touchscreen, Bluetooth phone connectivity, USB connectivity, and HD radio. Infotainment is well covered, but so is safety. There are respectable nine airbags in all models, which is plentiful for such a small car, and keeping you on the road is the usual array of safety driving systems such as traction control and stability control. 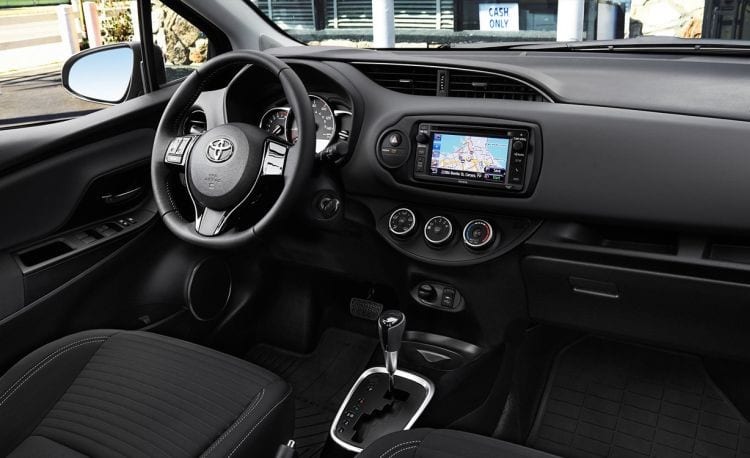 Moving on to the interior we find simplicity. It’s everywhere and everything is very easy to use and understand. There’s very little in the way of distractions with only just a couple of gauges and a massive speedometer laid out right in the middle of the instrument cluster behind the steering wheel. The seats are good but you get the feeling that you’re sitting on them rather than in them, but it’s a city car so that’s not a bad thing. This gives you good visibility and an upright driving position.

The steering wheel is not telescoping and adjustability and we shall say that this is quite pitiful. Yes, the driving position is good, but the steering wheel coupled with the smaller seats means that anyone larger than average will be a bit uncomfortable after longer journeys. The back is comfortable too which is strange for such a small car. There’s decent amount of legroom, but the roofline slopes down meaning not the same can be said about headroom. Still, there’s enough room for two adults but three would be a squeeze and not very comfortable on longer journeys. 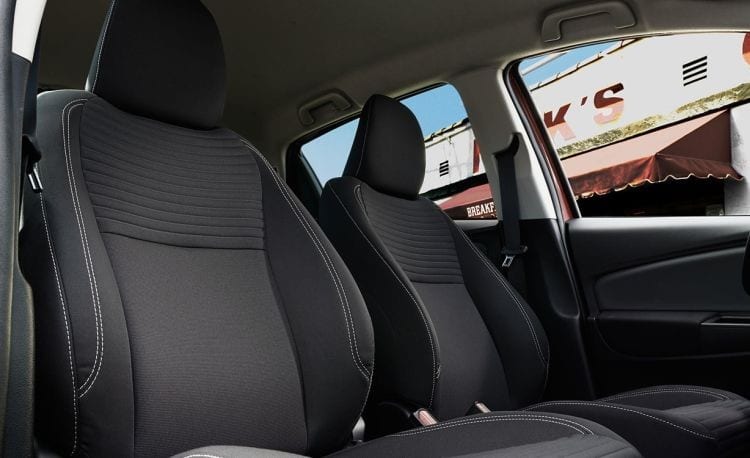 Because these are cars meant to be driven, you’ll be spending a lot of time inside. As such, you expect good materials and surfaces. While the 2016 Toyota Yaris marks a great improvement over the older generations, cheap hard plastic is still present and just aren’t able to match some of the other similarly priced competitors. You’ll be at least content with the tech on board, and while there are USB and Bluetooth sadly there’s no Android Auto or Apple CarPlay support.

Practicality is good in terms of city driving, but not in terms of available inside room. Yes, it’s got more legroom, but it sacrifices a lot of luggage space. With just 15.6 cubic feet it trails almost all of its competitors including the Hyundai Accent and the Sonic. The Honda Fit still rules this segment we’re afraid, and it seems like it’s going to stay that way. 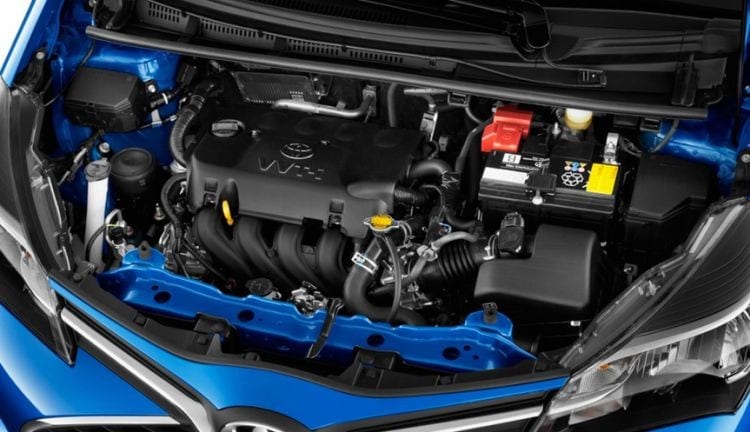 As with almost all city cars the 2016 Toyota Yaris is front-wheel drive. The engine is a decent 1.5-liter four-cylinder rather than the three-cylinder you’ll find on a lot of these cars. It develops 106 horsepower and 103 pound-feet of torque. It’s mated to either a five-speed manual or a four-speed automatic depending on what trim level you choose. We’d suggest the automatic since this car will mainly be doing stop-start traffic unless you really want to shift gears yourself but don’t expect it to return any inspiring performances.

Again, the Yaris trails most of the competition in terms of performances too. The 0-60 mph time is 9.5 seconds for the manual and 10.7 for the automatic. It is okay for a small city car but the Honda Fit manages this sprint much quicker. The same trend follows in the fuel-economy test where the manual version achieved 33 mpg and the automatic 32 mpg combined. The numbers are good, just not good enough to stay at the top of the segment.

The main goal of Yaris is to offer the simplest way of transportation. Yes, it’s okay to drive, but that’s about it. It’s not too thrilling or exciting. There’s a decent amount of overtaking power since it is small and it’s more than adequate for keeping up with traffic, but it lacks in the segment when compared to similarly priced but more powerful competition. The manual transmission may be better for fuel economy and driving but if you think you’ll be annoyed with stop-start traffic, get the auto. 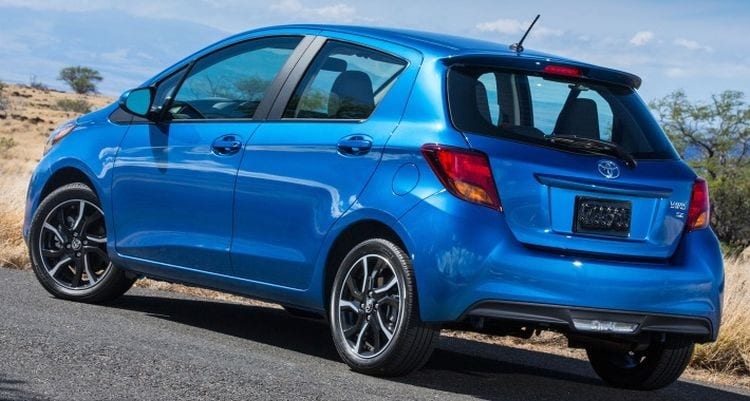 All in all, it’s a more than a decent city car. The fact that it’s behind the competition remains the biggest issue here. It’s up to you to decide whether you like it or not. If you like the styling and don’t mind being average in the class then by all means go for it. Prices start at around $15,000 for the base model. Top of the line SE Automatic trim will set you back for about $17,670 and with few added options to the list, prices come close to $20,000.