The Toyota Sequoia is a large SUV-shaped vehicle which time has forgotten. It hasn’t been just cruel to, oh no, that would be too affectionate. That would have meant that Toyota would have discontinued the thing. No, because the Sequoia is still in production but given what it offers, we fail to realize how. How is it that Toyota can still sell this thing, and even make a profit out of it at that? Introduced in 2008, the second-generation Sequoia has changed so very little that we might just put a review on it from back in 2008. It would be unfair to do that to the readers, however. Because while this thing might have offered something back in those days, it certainly doesn’t now. 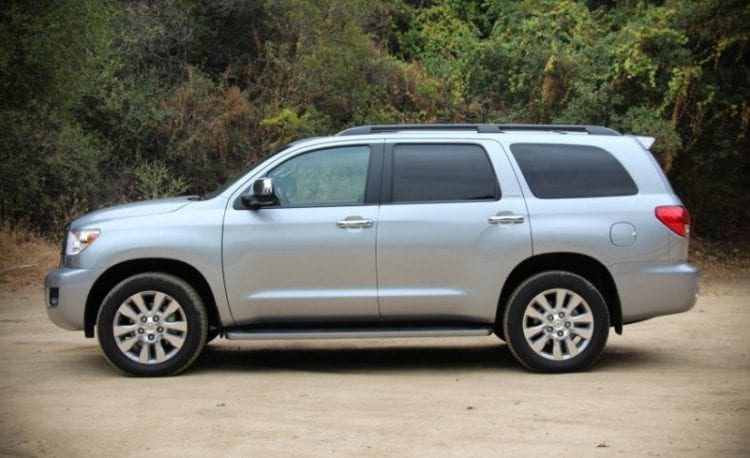 The Sequoia has retained the same 381-hp 5.7-liter V8 that it had back in 2008 (8 years ago). It’s no wonder then that the performance of it is exactly the same as it was back in those days. The Sequoia Platinum reaches 60 mph in 6.7 seconds and covers the quarter-mile in 15.3 seconds. That’s a negligible 0.1 second behind the original model in both measures. The 2008 Sequoia managed 0.73 g on the skidpad, while the 2016 one could only do 0.71 g this year. It also needed more space to brake from 70 mph—192 feet versus the 184 feet back in 2008. There was mild brake fade noted during testing and the brake pedal felt really spongy.  Now we don’t know about you, but this seems a bit odd and even strange. Not only has it not went forward as the years went by, but it hasn’t even stayed in the same place. It went backward. The performance of it clearly shows that it’s slightly worse. Granted this could be due to various other factors but even so, this is not acceptable.

Out on the road, it feels big and benign. Although its moves are ponderous and the structure shudders when traversing large bumps, the high seating position allows an attentive driver to get a good view of any obstacles that lie ahead. This isn’t in any way a compliment as such because it’s only logical to have a good overview of surroundings with a high vehicle like this. The engine is strong, and it rumbles at lower rpm, but it gets annoying and obnoxiously loud as the tachometer needle approaches redline. 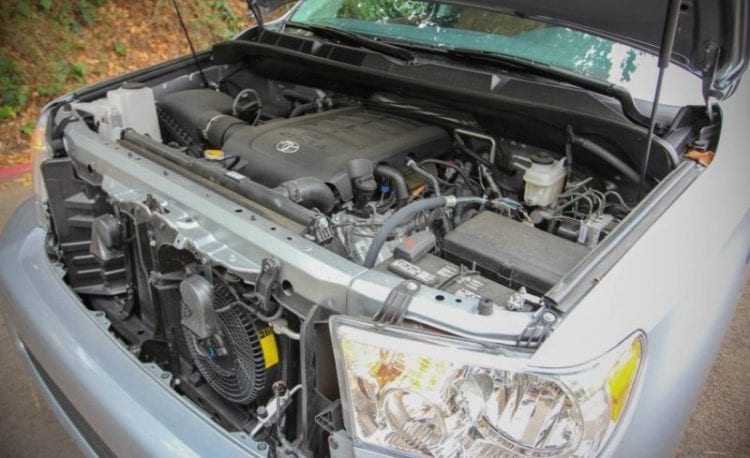 And while the Sequoia hasn’t evolved one bit, the price certainly has. The base price on the top Platinum model rose from $56k to $65k. You do have to factor in inflation here of course, but even so, the math doesn’t add up. Eight years of inflation would make the 2008 model $62,548 in today’s dollars. Standard equipment now includes much that was formerly optional, including laser-based adaptive cruise control and a backup camera so, in the end, it might be an okay deal on that front. The base SR5 model starts at $46k, but it has rear-wheel drive and a towing capacity of 7000-plus pounds. 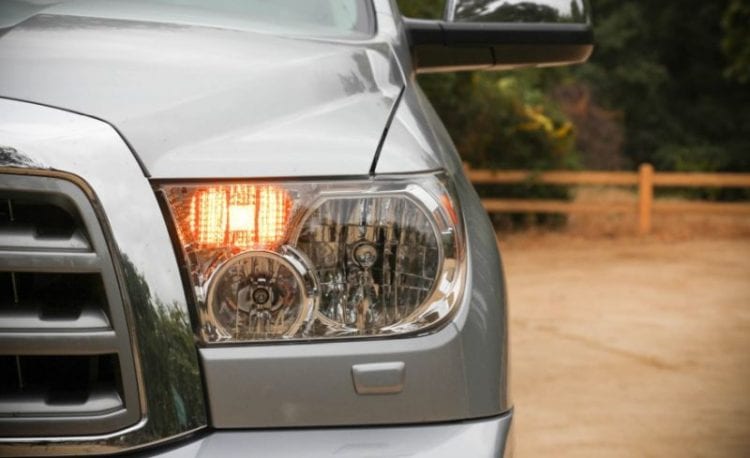 There is plenty of space inside thankfully. There’s more than adequate room for heads, shoulders, and knees, especially in the second row, which is hardly smaller than the first. The third-row bench is also large, meaning your knees don’t touch your face if you happen to be sitting in the last row. The huge doors and pillar-mounted grab handles, make climbing in and out a simple and easy task, and the running boards don’t extend far enough to cause you dirty pants when climbing out (or getting back in).
Unfortunately, we can’t overlook the miserable materials feature in the cabin. The plastic looks like it belongs in a toy car rather than an actual SUV. Most of its competitors offer lots of premium leather and wood even as standard. The Sequoia can’t manage them as optional let alone standard. And it’s a bit ironic that a truck named after a tree would use fake wood trim rather than real one.

There is one good thing to come from all of the horrible plastics, however: you don’t care if the interior gets ruined or if the plastics break. You’re much more comfortable using it for what it was intended to do: hauling around a lot of stuff and people, quite often over long distances. The Sequoia always exceeded at that. The seats fold flat, and there’s ample amount of room in the vehicle. If you drop the second and third rows, you get a whopping 120 cubic feet of space. That is nearly 12 more cubes than the short-wheelbase Expedition and more than 25 over the Tahoe and Yukon. 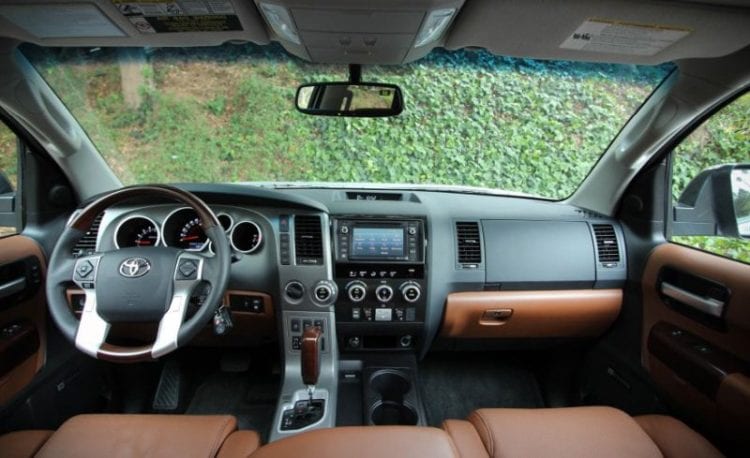 In 2008, the Sequoia had about 9.9 percent of the full-size SUV segment. Seven years later in 2015, that figure more than halved to just 4.5 percent. We can blame this fall on its much younger competition, rising interest in smaller SUVs and crossovers instead of large truck-based vehicles like the Sequoia as well as the fact that Toyota has genuinely forgotten that they make the Sequoia. It can’t be that difficult to update the interior, surely. It shares some of its stuff with the Tundra; they must be able to integrate some parts from that thing.

Unless you need the extra room, and constantly haul lots of stuff and people, it’s hard to justify buying the Sequoia over any of the current competition, especially the Ford Expedition. People who only need it for what it is, a great long-distance cruiser for carrying stuff around will not be disappointed with the SR5 trim. It does what it needs to do at an okay price. It’s the Platinum model that really disappoints, however. It’s just overpriced and it cannot come even close to its competition.