Sometimes, it seems that Prius has been around forever. Indeed, this iconic model was unveiled in 1997, which these nineteen years are like a thousand in the automobile terms because with all new models, updates, and innovations. Since the first hybrid Prius has been developed, the model has been through three generational changes, the latest of which was unveiled seven years ago. Back in the 1990s and early 2000s, Toyota did not have such fierce competition in the hybrid segment it is facing right now, so the updates were introduced with relatively slow speed. However, as other manufacturers began to design their own hybrid vehicles, Toyota was also quick in the development of new elements.

It better do so because Prius still remains the most popular model that is anticipated by lots of fans. All of them were more than excited to see the latest generation of Prius on this year’s Las Vegas Auto show because the vehicle has exceeded some of the expectations. First and foremost, it was given a fresh new look which made it more stylish and modern but also maintained the appearance that made it iconic. Next, the manufacturer has announced the use of an innovative New Global Architecture Platform that makes the vehicle lighter and cheaper to build. Well, let’s see how the latest Prius will surprise us.

It is safe to assume that Prius’ body design is unconventional and the best one when it comes to hybrid technology because the previous generations were considered as such. However, the strange fact remains: none of the designs of those Prius’ have won style contests and were praised by reviewers for outstanding design effort. For some, the novelty of the design wore off very quickly, mainly because of the countless others models on the market. 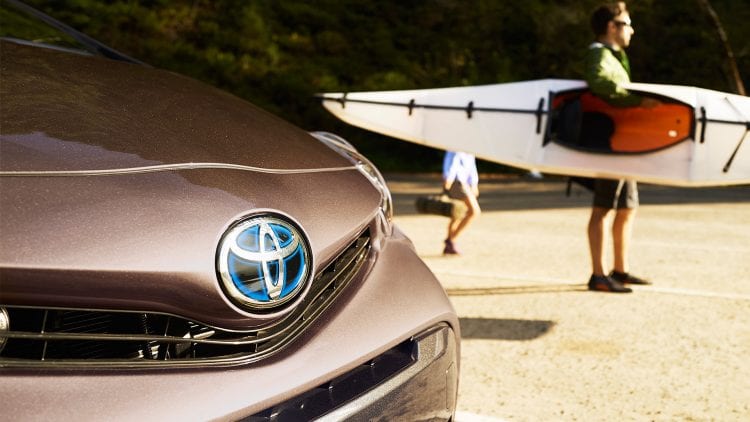 Let’s get back to review. If the critics had been writing about the insufficient design effort by Toyota, they could shut up now: the manufacturer has clearly done a marvelous job with the exterior. The front of the vehicle is much more aggressive, which is partly provided by the large, curved LED headlights that extend down to the bumper. Also, aggressiveness to the body is added by the hood, which is lower than in the previous generation; it even has a couple of creases that move down to the middle and mix with the character lines from the headlights. 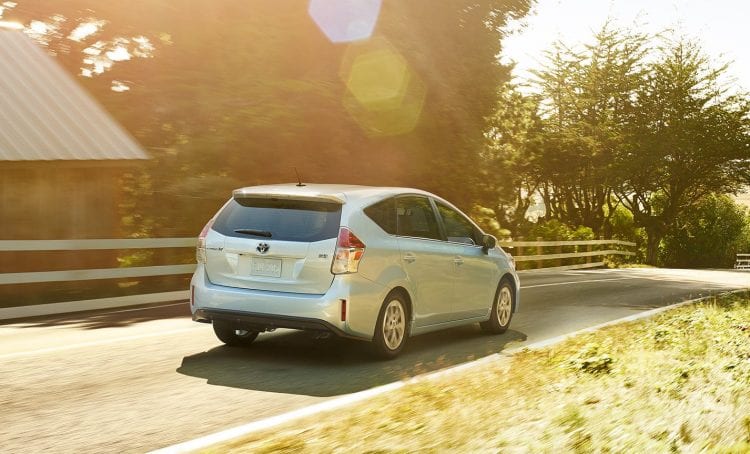 We have expected some of the exterior features to be carried out from the latest Toyota Mirai. However, the designers have decided to include only a few of them in Prius, including the front bumper with a large air intake. It is a good thing that automaker left the Mirai’s ridiculously large intakes aside and reduced their volume.

The back of the vehicle clearly looks flat from the distance and has the quirkiest style ever. The tailgate is very large, and the taillights are vertical, which keeps the old traditions and still has a modern look.

The cabin did not receive significant changes but still sufficient to consider it updated. It revealed that the traditional driver information cluster has remained in this model: it is very high has the same layout. We know that this cluster has been used in many Toyota models now, especially in those that are sold in Asia. 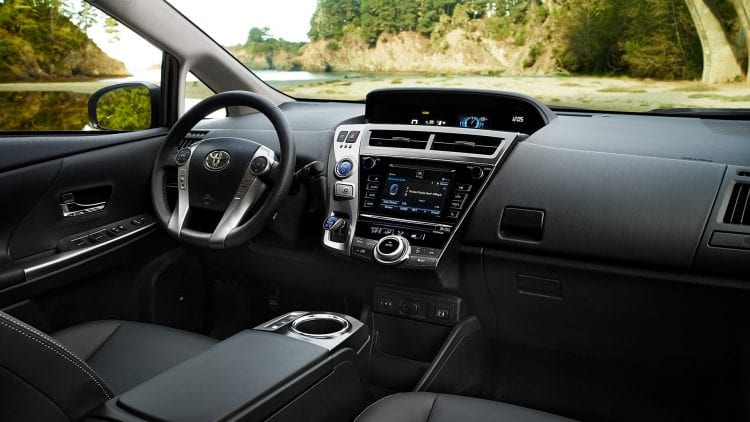 From the photos of the interior, perhaps the most unusual thing we spotted was the gear shifter. In many cars, its size is pretty small, which may create some problems for the drivers. In other cars, it is located in an unusual place where it can be hard to reach. Well, in the new Prius you will get both these problems! At least, many of the reviewers support our opinion. The shifter is very small and positioned strangely, but we still cannot get one of the test units to get our hands on that. 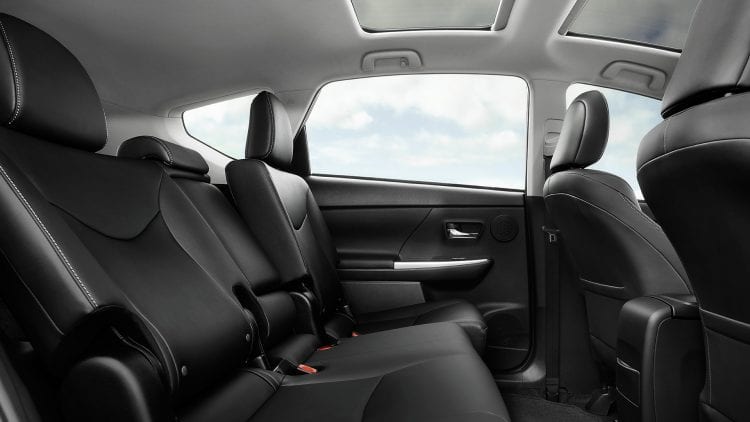 The shifter is surrounded by the white material that clearly stands out in the interior, which is mostly black. Also, it appears that the cabin elements are made from plastic materials used in the previous generations; we can understand this decision because the model is not positioned as luxurious. Overall, the cabin looks smooth and clean and has a fair amount of storage space and technology carried from the last Prius.

Unfortunately, we do not have the confirmed details of the powertrains used in the latest Prius and the rumors have it all. However, we think that the model will be equipped with the upgraded version of the manufacturer’s latest Hybrid Synergy Drive system that includes a redesigned 1.8-liter gas engine that produces at least 134 horsepower. As for the electric motor, there should be two of them as always. All engines will most likely to be connected with the CVT transmission. 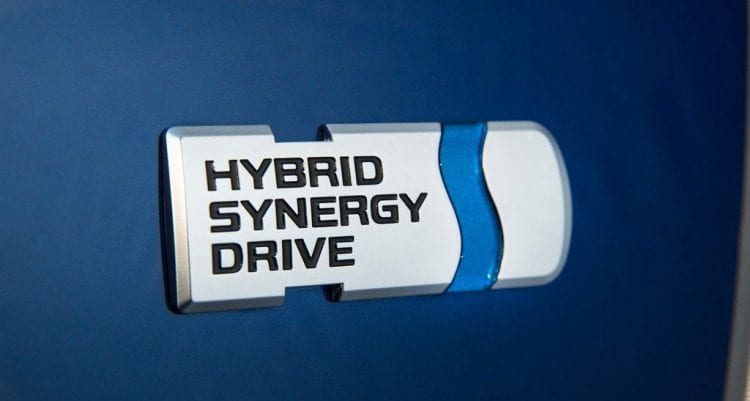 If our prediction is true, the new Prius will be quicker than the third generation, but only a little bit. Given that the previous model reached 60 miles per hour in 10.4 seconds, the fourth generation should reach this speed quicker. Also, the top of speed of 103 miles per hour should be exceeded.The rumors have it that there will be two versions of batteries available, including lithium-ion and nickel metal units. The first respective one should be more efficient than the other because of the more advanced technology that will exceed the current 11-mile range.

The rumors have it that there will be two versions of batteries available, including lithium-ion and nickel metal units. The first respective one should be more efficient than the other because of the more advanced technology that will exceed the current 11-mile range.

The 2016 Toyota Prius V has performed well on the safety tests. Specifically, The Japanese version has earned 85 percent score for safety assistants, 82 percent for children, 92 percent for adults, and 77 percent for pedestrians.

Although we do not have any specific information on the prices, we think that the model will start from around $25,500 – $26,000. This is fairly lower than in one of the main competitors, Chevrolet Volt but still higher than in Ford C-Max, another competitor. Given that the sales of Prius have been dropping since the late 2000s, it is safe to assume that Toyota will not go for a high price.

Find out more about Toyota Prius V on Wikipedia.org.