Home
Toyota
2016 Toyota Mirai – The First Step into the Future

Japanese automotive manufacturer Toyota certainly has caused many rumors to surface about one of its latest models, 2016 Mirai. The official website of the company calls this model ‘a turning point’ in the auto industry because of the innovative power source used in the vehicle: hydrogen cell without harmful emissions to the environment. Indeed, that sounds really amazing and this technology has no rivals on the international level, which once again proves Toyota’s aspirations to be the first in auto innovations. So, this one may actually be a turning point because it urges other manufacturers to think green and develop even more efficient solutions.

The First Step into the Future

The innovative nature of this vehicle is even included in its name, Mirai. In the Japanese language, this word means “future,” and Mirai may just as well be the future of motoring. This statement is supported by decent performance indicators; for example, the range of Mirai was estimated at more than 300 miles and the fuel efficiency at 67/67 MPG city/highway. These numbers were achieved through more than twenty years of developments by the company’s experts, which also resulted in more than 5600 patents. Quite an impressive investment in the future, right? 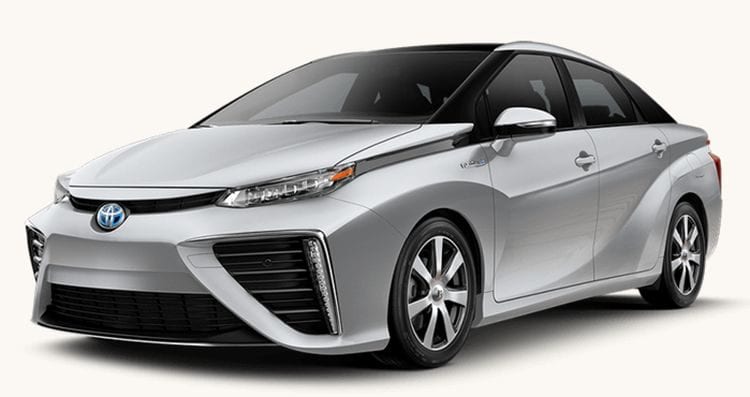 The look of Mirai is just as futuristic as its powertrain. The front end of this car features two large intakes which are needed to provide air to many elements of the hydrogen engine. All exterior elements are made with a futuristic and smart approach in mind, like the hood, which appears to float above the front fenders. The same design technique is also applied in the roof and rear pillars but it is necessary to admit that overall design is a little bit odd but very aerodynamic and impressive. 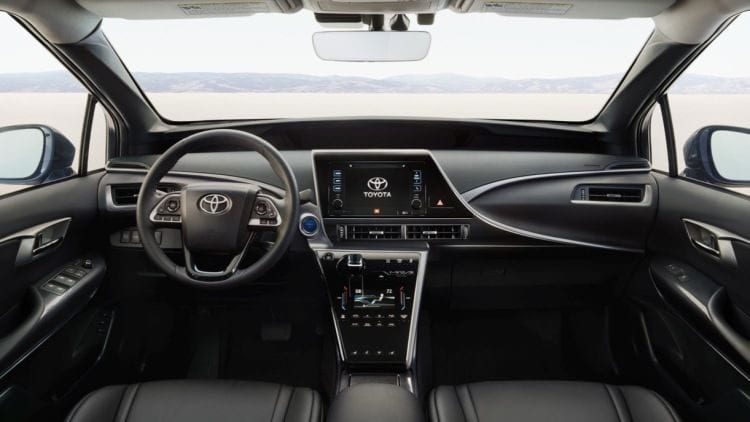 The interior of 2016 Toyota Mirai offers a panoramic view of the road from the cabin and includes a lot of great features, including a premium audio system with Navigation and app suite, heated power tilt and telescopic steering wheel with multifunctional controls, internal climate system managed through touch controls, and 8-way power heated seats with power lumbar setup. The cabin is pretty quiet, which is provided by an abundance of noise-deadening materials and elements, including windshield, driver side, and passenger-side windows. There are three display screens available inside, which also makes the control of the vehicle very easy and again, futuristic. 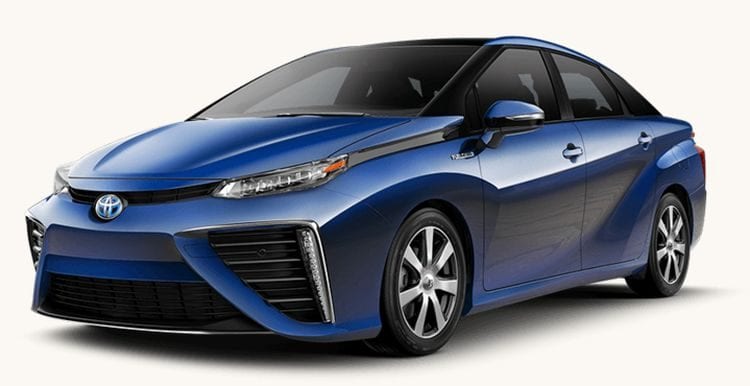 In terms of safety, Mirai engineers have done a great job of protecting the driver and passengers from impacts and hydrogen leaks. The tanks are made from reliable innovative materials, including three layers of polymer, carbon fiber, and glass fiber, and the flow of hydrogen is automatically stopped in the event of high –speed collision. Moreover, Mirai platform ensures that hydrogen containing elements are placed in reinforced areas to reduce the chance of deformation. The list of other safety features includes lane departure alert, eight airbags, per-collision system and active safety system, which is a suite of functions for traction control, stability, and braking.

The fuel cell powered Mirai have six essential elements that produce the energy: power control unit, motor, boost converter, fuel cell stack, hydrogen tanks, and battery. The first respective element is responsible for the efficiency because it controls the energy. For example, it can decide when to draw energy from the fuel cell stack or store it, which basically is the same technique used in the well-known Prius. Next, the electric motor which receives power from the battery is borrowed from one of the Lexus hybrid vehicles (we do not know which one exactly, though). Toyota claims to have chosen the most reliable and efficient motor based on the history of the use. 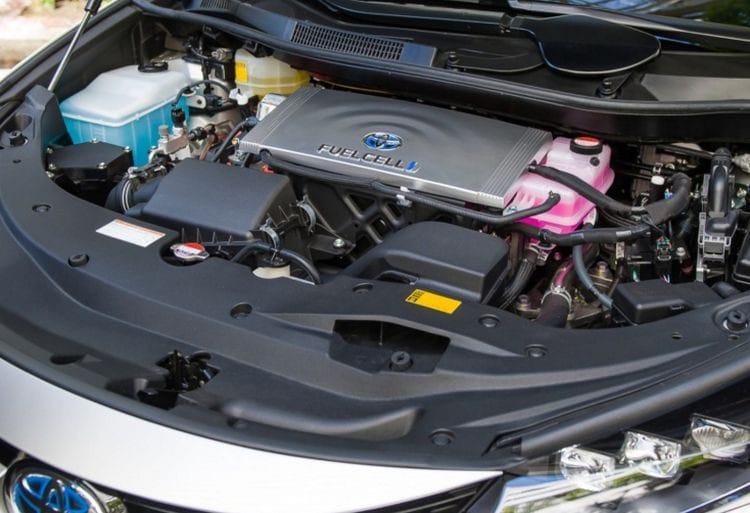 The next element, a boost converter, is responsible for controlling the voltage to provide the most efficient driving performance. The highest value generated by the unit is 650 volts, which is quite similar to the power output of other hybrid vehicles manufactured by Toyota. Fuel cell stack combines oxygen and hydrogen to generate power, which was claimed to reach 114 kilowatts (153 horsepower). Hydrogen is provided by two tanks made from reliable materials and designed specifically to fit the design of the vehicle. They are capable of containing up to 5 kg of hydrogen compressed to 10,000 psi. Finally, the last element of the FCV technology is the 1.6 kWh battery pack which stores additional power to meet the demand of power. The power elements were placed crosswise under the rear seats and trunk so they have minimal effect on the available space in both interior and cargo segment. The performance of Mirai is perhaps not what everyone expected but on the other hand, the company has just delivered its first hydrogen vehicle, which is the first step to the future. Many reviewers stated that Mirai felt strong at initial acceleration up to 30 miles per hour but the performance fell off above that speed and the vehicle was slow and quite sluggish. For some, it may be frustrating but let’s not forget that Mirai is just the first of many steps that will improve the performance of the future car. Moreover, Toyota claimed that it can accelerate to 60 miles per hour in just 9.1 seconds, which is more than satisfying for urban and freeway driving.

What the reviewers along with future owners of Mirai have to think about is the network of charging stations for the vehicle. At the moment, Mirai is sold in California, where the company has installed around 20 units. Clearly, this is insufficient but Toyota promises to expand the network in the nearest future. Well, it kinda has to, because the vehicle won’t sell without the places to refill the hydrogen for the cell. The existing stations are pretty efficient and provide a full charge in less than 10 minutes, which is pretty quick compared to hybrids and electric cars. 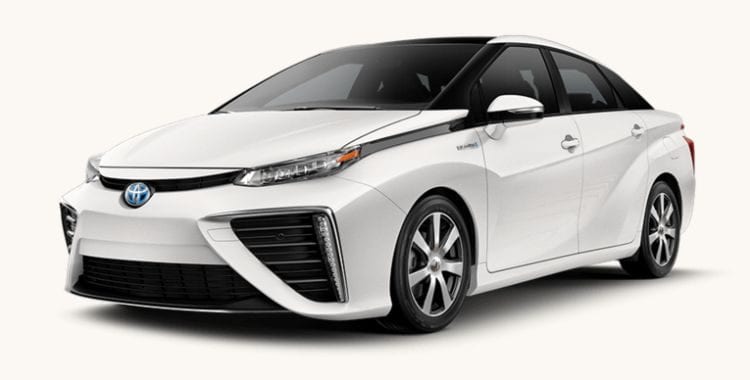 The starting price for 2016 Toyota Mirai is $57,700 but the company offers a lease option, which allows purchasing the vehicle with a monthly payment of $499. According to Toyota, the company does not expect high volumes of sales in the next year mainly due lack of infrastructure. However, Mirai will certainly gain much more popularity once the larger network of hydrogen refueling stations is available.