Great news for Toyota fans: one of the most popular models, Hilux, has been released in the 2016 year version! The previous seven generations of this truck have been immensely popular in all major international markets, making the model the most successful Toyota truck in history. As for the eighth generation, it will carry some important updates that will meet the needs of the most demanding truck drivers. The exterior has received changes with new headlights, chrome accents, and more cohesive overall design language. In the cabin of the vehicle, we find even more redesigned features, such as a dashboard that reminds us of Corolla model. A number of engines will also be available to meet the needs of different customers along with a couple of new transmissions. In other words, the new Hilux is one hot truck with a great number of upgrades.

According to the manufacturer, the latest Hilux will be as reliable as all previous generations and add some new comfort features to make the ride even more enjoyable. Well, the company would put itself in a quite uncomfortable situation if they did not deliver upgrades because this model is responsible for a large share of profits for Japanese car maker. For example, over 16 million Hilux vehicles have been sold worldwide since the introduction in the late 1960s, so there is no room for disappointing huge fan base.

With that said, let’s see how Toyota made Hilux even better this year and discover everything you should know. 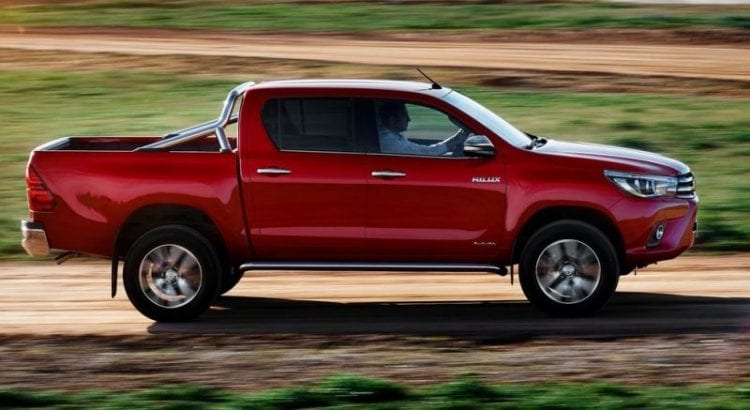 The body of Hilux carries a more cohesive design language than the previously available model. Even though it continues the automaker’s tradition of the utilitarian, high-riding pickup, the vehicle provides short overhangs and a longer wheelbase, 121.45 inches. The different trim levels offer different cab configurations and bed lengths to meet all cargo requirements of the customers. Let’s face it, the vehicle will surely be used for some loading and transporting as well, so it is good to see that Toyota cares about decent cargo space as well. Moreover, the new Hilux can be used as the daily driver as well; the customers just need to select the necessary dimensions and engine that is best for it. 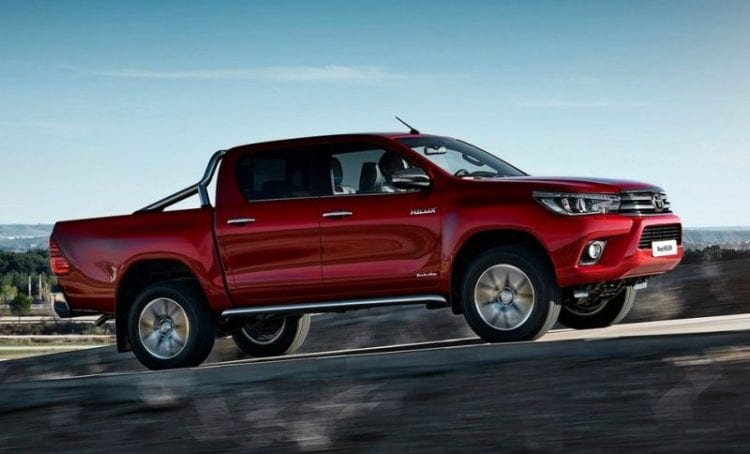 The cabin of the Hilux has undergone some changes since the seventh generation. Specifically, the dashboard looks differently and reminds us of the one we could see in Corolla because of its horizontal shape and thin appearance. However, we cannot say that it was carried directly from the one model to another because Hilux features unique stitching and aluminum elements that make if different. Moreover, the steering wheel in Corolla had much fewer controls than it has in Hilux.

Another area that got us especially interested was the high-tech features list. The model is equipped with a large infotainment screen with haptic feedback buttons that look like a tablet. It is very functional and allows the driver to control and receive information. Around the cabin, we also find knobs for fan speed and temperature, and various switches for control of different options. 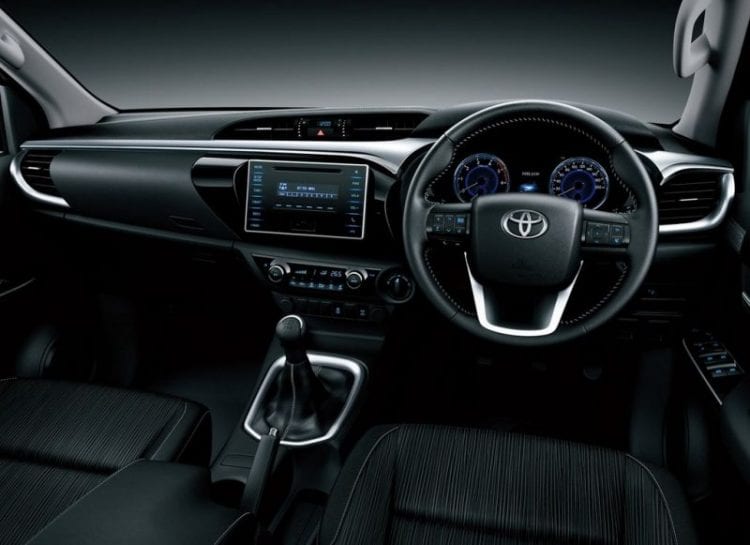 Currently, there are four engine options available for the Hilux customers this year, which is a pretty decent selection. There are two naturally aspirated gas and two turbodiesel units. The gas options include a 2.7-liter four-cylinder and 4.0-liter V6 generating up to 164 and 278 horsepower respectively. As for the turbo diesel options, they are 2.4-liter 160 horsepower and 2.8-liter 174 horsepower powerplants. You might think that diesel units are not powerful enough, but a huge amount of torque makes them ideal for those that want to tow and also are looking for ways to reduce fuel consumption. We have to admit, this is a great selection that could be used by the different customer for various needs.

The selection of gearboxes is equally good. As a standard, the automaker installs a six-speed manual unit with the truck-based rev matching technology but also offers an optional six-speed automatic. Although the numbers regarding fuel economy and driving range are not here yet, the company claimed that all of these indicators would be enhanced to provide better performance. We have also received promises that Japanese car maker will provide noise-reducing technologies to further decrease the noise level inside the cabin. Hopefully, it will be able to compete with other trucks in the segment. 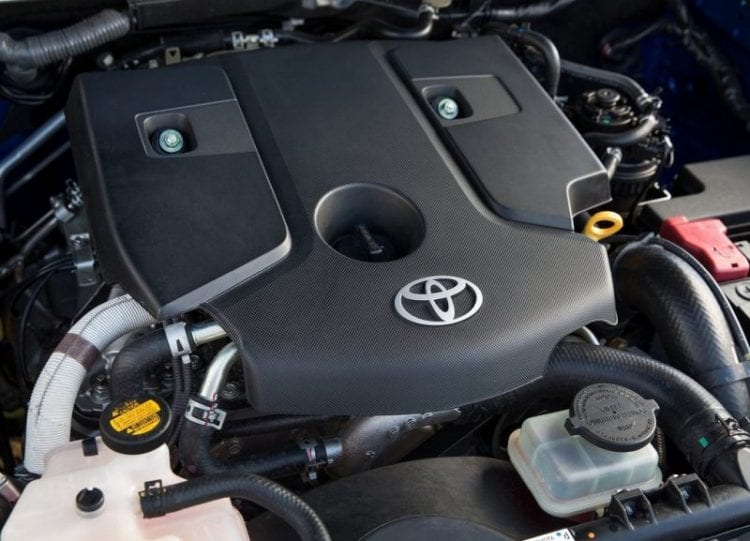 The automaker has added the innovative Toyota Safety Sense technology that enhances the levels of protection through some different features. These include Road Sign Assist, Lane Departure Alert, Intelligent Parking System, Automatic High Beam, and Pre-Collision System. The latter operates at speeds between 10 and 80 km/h because at these speeds more than 80 percent of rear-end collisions occur. The technology package is supposed to be standard on all trim levels, the Toyota’s Chief Safety Technology Officer Seigo Kuzumaki said. He added: “Of all the things we do at Toyota, safety is our number one priority; preventing crashes from happening in the first place, and protecting everyone involved should the worst happen.” The official concluded that Toyota’s goal was to become the world’s first manufacturer to offer such package across the entire line-up, from superminis and SUVs. 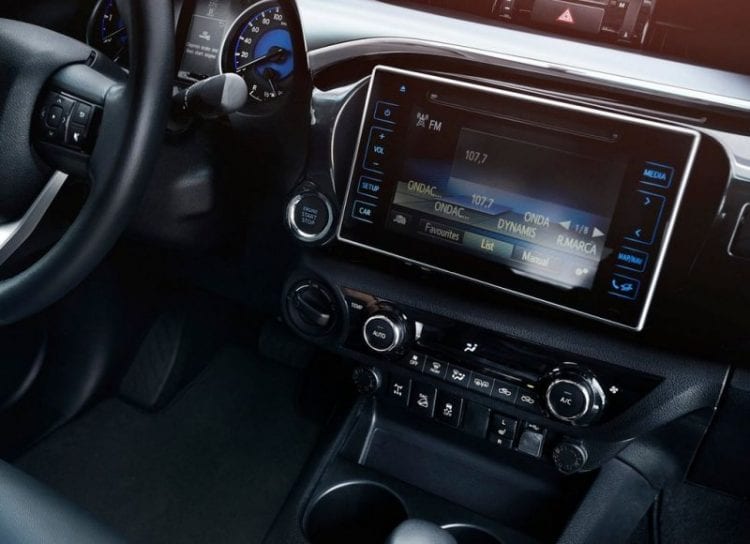 The company has announced the prices for the UK market, where it will be delivered with the benefit of a five-year / 100,000 miles warranty, with the unlimited mileage for the first year. The starting price of Hilux in that country is set to £19,177 for the Active Single Cab configuration. The Double Cab style will cost from £21,510. It is still unclear if it will come to the U.S. shores and if it does what price will it have. 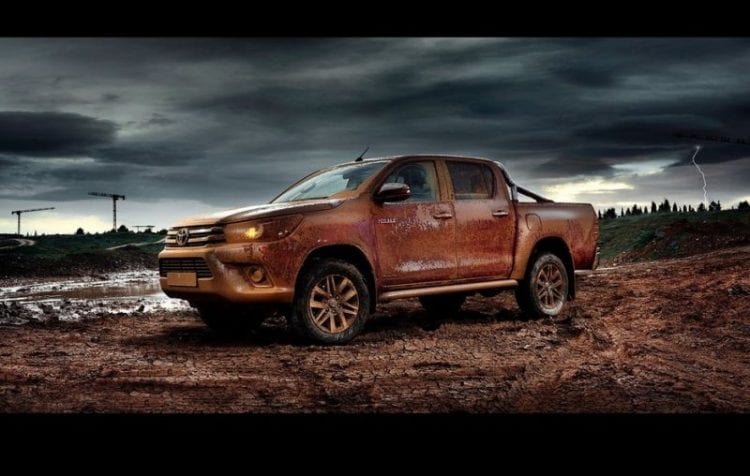 Without a doubt, the new Hilux will be a successful model like the previous seven generations before it because it provides some great features, such as improved engine performance, cohesive design, changed cabin and a great selection of powertrains. The introduction of new engines gives improved fuel economy, and efficiency boost while pushing performances to the next level. This could also contribute to sales. We are sure that Toyota is going to sell millions of Hiluxes over the next years because the model will be sold throughout the world.

In Australia and North America, main customers will be people that like off-road driving and farmers. For them, this model should be a great option, and we expect it to sell like crazy. In these markets, however, Hilux will face fierce competition from Nissan and Chevrolet that recently released the redesigned Colorado and Frontier models. Moreover, we loved how Toyota paid attention to the safety of the driver and passengers by providing those awesome advanced technologies.