The Supra is one of the best-known cars in the World and thanks to that it managed to reach a cult status where everyone wants to have one. Unfortunately, though, Toyota decided that it is best for them to discontinue the model altogether and since the early 2000s, the car hasn’t had a successor which is both disappointing and strange because they could have sold a lot of them.

Rumors about an all new model started to surface ever since Toyota showcased the predecessor of the FT-1 concept back in 2007. Here we are nearly a decade in the future, and there is no Supra on the market but according to few reports, this is about to change.

This is mostly because Toyota is developing the car in cooperation with BMW on a new rear wheel drive platform. While the platform and its engines have been ready for some time now, BMW hasn’t finished developing the upcoming Z4, so they had to postpone the upcoming 2016 Toyota FT-1 for at least up until the end of the year. This will surely give them more time to finish the car, but it also means that Toyota is losing quite a bit because people are turning to the new Porsche Cayman and the AMG GT models.

While this could be surprising for some, both of those cars are roughly at the same price level with the upcoming Supra which will be a true sports car and not just another GT86 which is good but not great. It will be interesting to see the price for the new generation but we expect it to spin at about $50,000. 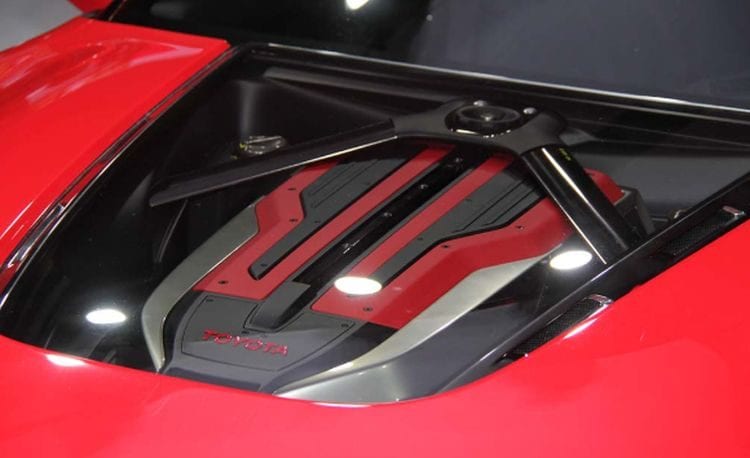 In order to power the upcoming Supra, Toyota cooperated with BMW so they borrowed BMW’s 3.0-liter inline 6 engine which will likely be offered in the Supra with two different output figures. The base model is expected to use a single turbocharger which will offer up to 350 horsepower and 350 lb-ft of torque. The top of the range model will employ a twin-turbocharged variant of the same engine which could develop up to 500 horsepower, more than enough to allow the car to compete with all of its rivals.

Many rumors also stated that the Supra will be using a hybrid powertrain but this seems highly unlikely mainly because the 2016 Toyota FT-1 would become just too expensive to be a successful car. A 6-speed manual is expected to be offered on the base trim level, but the highly powerful twin-turbocharged version of the car is likely going to be available with either BMW’s seven speed dual-clutch automatic or with a ZF-sourced eight-speed, both fast enough for the FT-1.