The hybrid segment continues to develop, with more and more automakers taking advantage of the green technology in vehicles. Toyota has been one of the leaders in this segment for a long time with its iconic Prius but it looks like the Toyota hybrid family will be added with a refreshed Camry that will soon be available for customers. It will be a refreshed, modern and bold in appearance model that provides a good fuel economy and driving experience.

The model’s body will have more rakish and aerodynamic design with a high front end and low rear end but all style language will remain the same. According to reviews, the cabin will be protected by new sound-deadening materials that will make it quieter. 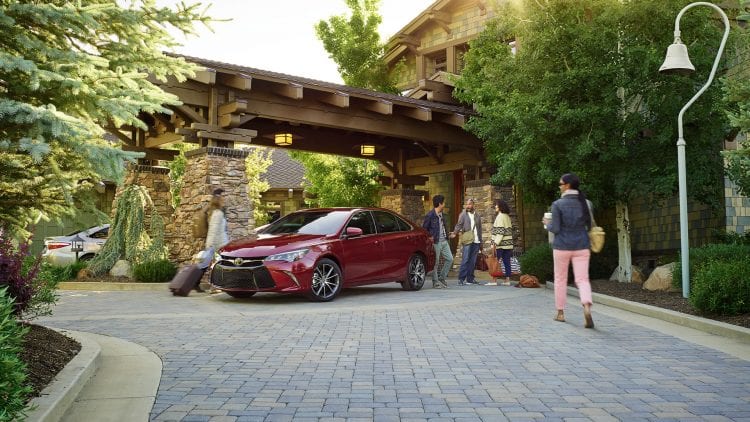 Inside the cabin, the customers will find premium soft-touch materials, and lots of comfort. For example, the driver’s seat is an eight-way supportive unit that will make long trips very comfortable. 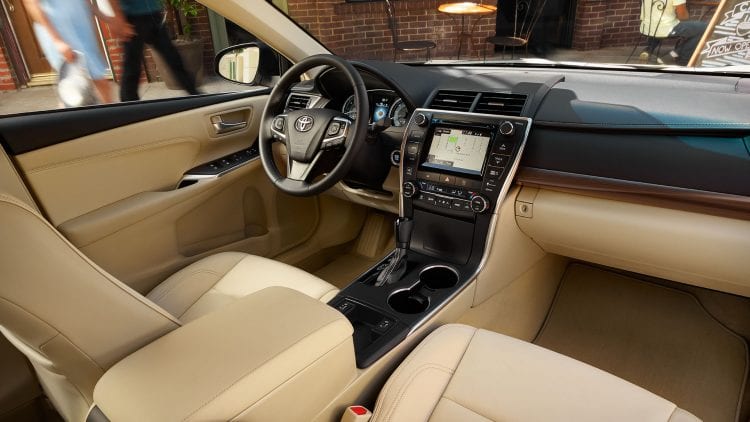 Almost all of these features were present in the previous generation, so the automaker did not make any profound changes here.

The space inside the vehicle had to be cut because of the electric motor and other elements of the hybrid system but nevertheless the trunk is still pretty roomy and has a lot of space for luggage. 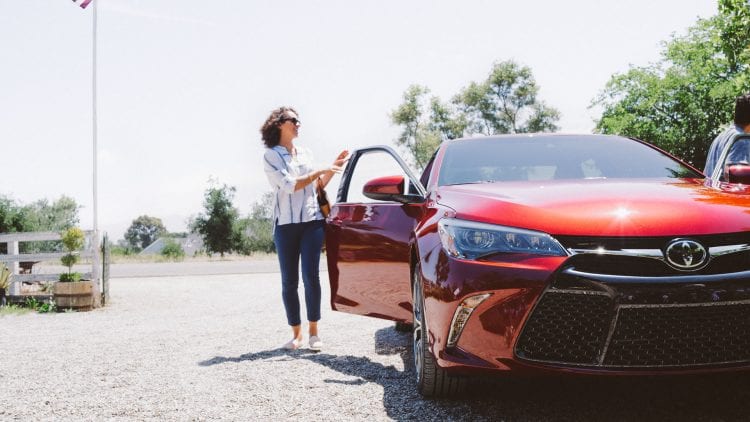 If the cabin gets chilly, the driver can just turn the heated seats on and the problem will be solved. The tall adults will also find the cabin comfortable. There are some awesome additional cabin features, such as a power tilt/slide moon roof but it will cost an extra thousand dollars.

The gas-powered model will have a 2.5-liter engine that produces 178 hp and 3.5-liter with 268 hp. The first respective engine will be available on the basic trim, LE, and it will accelerate the vehicle to 60 miles per hour in around 6 seconds.

These are good options and the hybrid won’t disappoint, either. It will have a 2.5-liter gas unit and a small electric motor, which is a permanent magnet AC synchronous motor. Together, the two units generate up to 200 hp, which is a reasonable power for the hybrid, and their output will be combined by the Hybrid Synergy Drive technology. 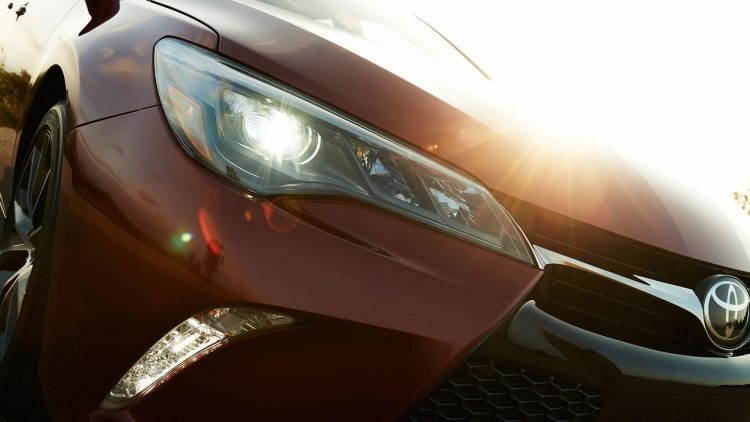 The designers also provided with a regenerative braking system that allows recapturing the energy from deceleration and directs it for storage into the battery pack. The engines will be coupled to the CVT transmission that ensures great speed shifts and control over driving.

According to Toyota officials, the fuel efficiency of the hybrid was estimated at 43 and 39 miles per gallon in the city and on the highway respectively. The electric motor is set to contribute to this performance by operating at below 25 miles per hour: this is the EV drive mode. The other available mode, ECO, is designed to dampen the throttle response and AC output to maximize efficiency.

The model will also feature a lot of high-tech stuff. For example, the hill-start system will help the driver to have a better control over the vehicle when starting off on an incline. 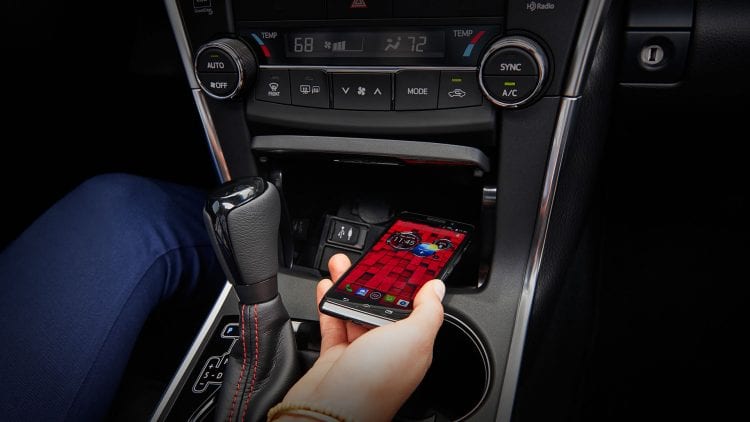 The color infotainment screen will allow managing the calls, messages, music system, navigation system, communications, and warnings, and other features. It is a 7-inch unit that has very intuitive virtual buttons that allow easy navigation.

The ten airbags include side, front, side curtains, a rear side, and knee units, which provide a high level of safety for cabin occupants. The model was already tested by both National Highway Traffic Safety Administration and the Insurance Institute for Highway Safety and received slightly different results. 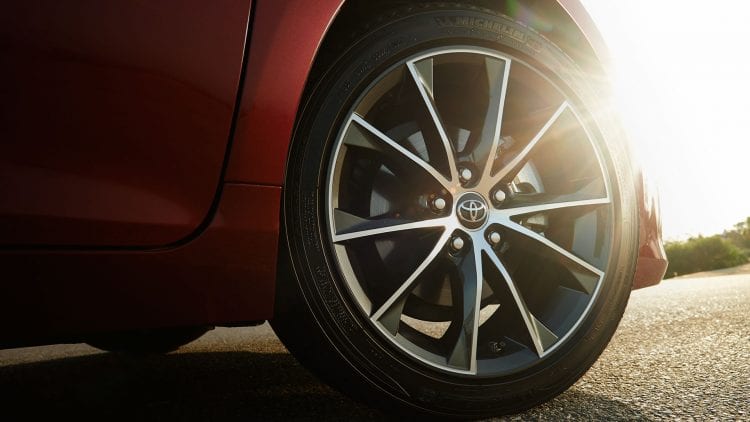 The first respective institution concluded with a Good score in all categories while the second gave it a five-star rating. The inconsistency of these results did not really play well for Toyota because Camry’s hybrid competitors received high scores (Subaru Legacy and Honda Accord).

According to the early test drives, the vehicle performed very well but the fuel economy figures were a little bit higher than the ones described before. In terms of handling, Camry was good because of stabilizer bar, responsive steering, and stability control system. Thanks to these features, the driving felt very natural.

There are three trim levels of 2016 Toyota Camry Hybrid, including LE, SE, and XLE. The first respective trim is an entry-level one that starts from $26,800 and has a 2.5-liter engine, 16-inch wheels, and FWD.

The second level gets upgraded with 17-inch wheels, more premium cloth materials and will cost around $28,000. The last trim’s price will cost around $30,000 and feature heated seats, alloy wheels, and other advanced elements. 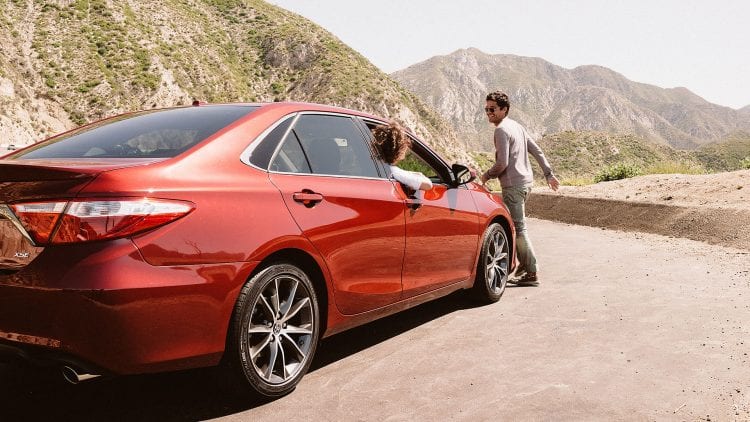 The Camry has always been a lead by example. Could the same be said about the hybrid model? Well, it certainly has the potential for it: great functionality, reasonable fuel efficiency, spacious cabin, and nice ride.

Given that the price for the model will start from $27,995, it can be a pretty good deal because the price is consistent with most of the competitors within the hybrid segment. The last year’s generation leads its closer competitor, Honda Accord, by 30,000 sold units, which is a good result.

It is safe to assume that the next generation will also do well because it has been advanced and improved; the basic trim level, SE, was equipped with an impressive functionality, which makes even the entry-level a very good deal. The automaker probably did this because the SE level accounted for almost half of all sales last year.

To conclude, the new Camry hybrid is a good option for buying and leasing. The automaker continues a great tradition of making it a really impressive vehicle, which now is also environment-friendly as well.