Anyone in the market for a full-sized sedan isn’t short of options. As well as the typical assortment of German and America vehicles on offer, there’s a third more overlooked car in this particular segment. Although Japanese cars are excellent, especially Toyota’s, it seems like they’re mostly known for the Corolla or the Aygo.

On the side of big sedans, the main Japanese vehicles were mostly from Lexus or Infiniti. Well, we’re here to tell you that the Avalon has always been a great choice, despite the fact that it’s mostly overlooked by buyers, and not overshadowed by competitors.

The new 2016 model is here and with it come a few changes. For the 2016 Toyota Avalon, Touring trims now feature a sport-tweaked suspension, and there’s an all-new version called the XLE Plus which sits between the standard base model XLE and the XLE Premium. Elsewhere, the Touring Sport trim was dropped to compensate for the introduction of the new trim and now we have clearly divided lineup.

The best way to describe the Avalon is perhaps understated. It ticks all of the boxes for a full-size sedan such as a roomy cabin, ride comfort, and compliance, practicality, and luxury, but yet it somehow slips through the hands of many potential customers. It’s really strange because the Avalon delivers everything you think it’s capable of, and way beyond.

The Avalon is the all-rounder vehicle in today’s full-size sedan bunch. The 2016 Maxima from Nissan is more fun to drive and feels a bit more modern, the Kia Cadenza for 2016 has a lot more toys and gadgets than the Avalon, and the Chrysler 300 banks its card on its all-wheel drive and the massive V8 powerplant. That’s before you even get to the very best of the segment, the Impala, and the Hyundai Azera.

In such a tough crowd, it’s no wonder the Avalon isn’t that popular. And that’s a surprise, mostly because it’s a better car than most of those in a lot of areas, it’s just that it’s lacking in a few which is the reason it didn’t get as much of a recognition as the others. With few tweaks and improvements from Toyota, it is quite possible for Avalon to become one of the best competitors for top places.

Let’s start with the looks. It looks modern and slim, by no means aggressive or too much, just the right amount of design cues that makes it interesting and fresh. It’s understatement at its finest, although we can’t help but feel that’s the reason for some of the sale deficits. Yes, understatement is good in a big luxury sedan, but the lack of any individual characteristics or lines and just a general good sedan body means it’s trumped by the Maxima or 300.

Now, of course, exterior appearance is a matter of personal preference so we can’t vouch for everyone, but what we can guarantee is that the interior is more than a match for the rest of the vehicles in the segment. It feels quality from the moment you open the door, long before you sit in it. The way that the door opens and the sound it makes when it closes is a good indication that this is a well-insulated luxurious sedan. 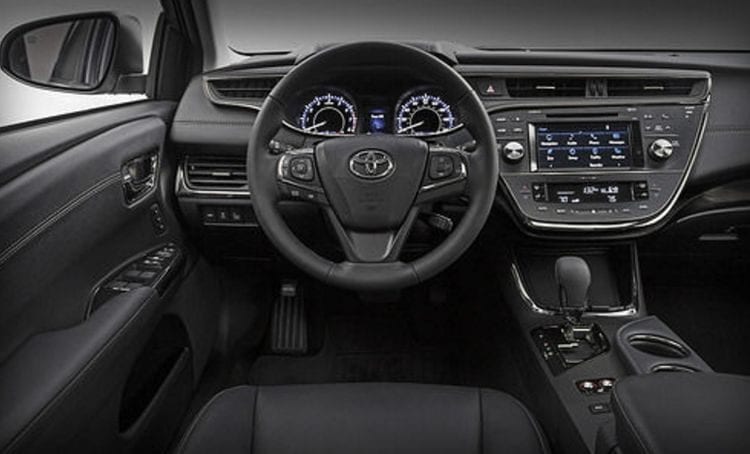 And then you get in it, and your theory is proven correct. Everything you touch is soft to the touch and feels high-quality because Toyota decided to use high-grade materials. There are no rough surfaces or cheap plastics. Despite this being a luxury sedan first and foremost, the front seats are super comfortable but supportive with lots of side bolstering as well as lumbar support so the longer journeys will be pleasant while in corners you will have the right amount of support.

It’s the same story with the back seat. It comes with plenty of room and comfort. There’s more than enough headroom and legroom, and it’s easily one of the top contenders in that, looking in its segment. It’s more than capable of seating 5 people in relative comfort, and with 16 cubic feet of boot space, it can easily eat their luggage too. The fact that the boot opening is wide and the floor is low makes loading and unloading very easy and in case you need more cargo space, you will always have the possibility to fold down rear seats. 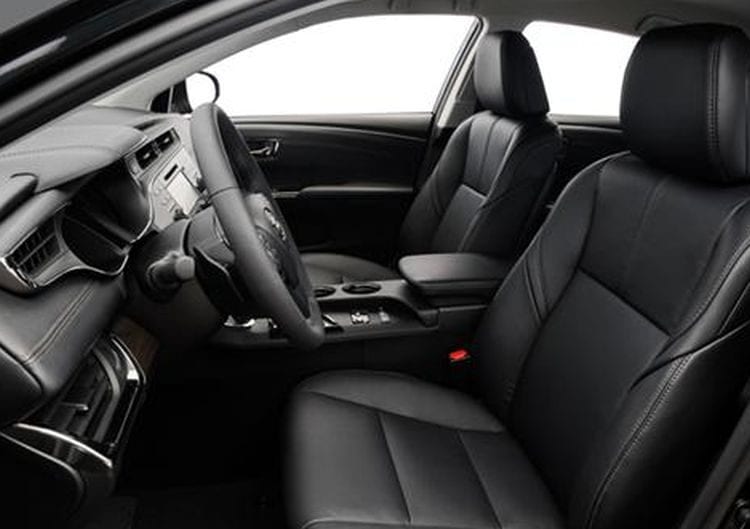 There’s a lot in the way of infotainment just as you’d expect from a big luxury sedan. Toyota’s Entune Infotainment system is present and you can use it on the large 7-inch display. It’s easy to understand and to use it just like the iPhone integration which has support for Siri Eyes-Free. There’s also wireless charging for phones which support it, this is yet another high-tech feature we are getting. 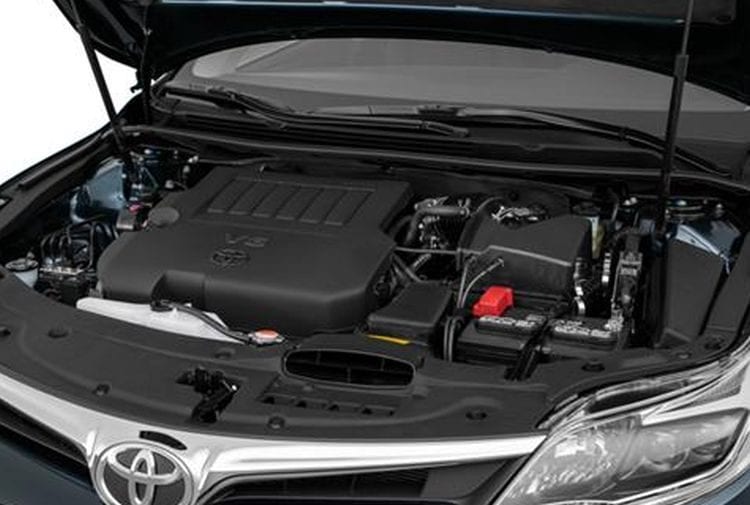 There’s only one engine choice and it is Toyota’s very own 3.5liter V6 that develops 268 horsepower and 248 lb-ft of torque. There’s no manual on offer because not a lot of people would opt for it anyway, so the only transmission you can get is a six-speed automatic. It’s very smooth and more than capable of fast shifts when you need it to. Not the sportiest of transmissions, but excellent for the type of car it’s attached to. Performances that you can get from this sedan are really good. The 2016 Toyota Avalon did the 0 to 60 miles per hour sprint in just 6.4 seconds. This is not only a rival for the competition in the segment but one of the fastest times recorded in its class.

The engine is one of the car’s strongest sides. It’s powerful but very refined, a great match for the smooth transmission. There’s no kick in the seat feeling with it, instead, it’s a very pleasant linear power delivery and seamless upshifts no matter what gear you’re in. It may not be a V8, but it’s got a good sound to it, shame you can’t hear it because of the car’s cabin insulation.

Then again, the Avalon isn’t a canyon carver but a highway cruiser. That’s not to say you can’t enjoy a bit of spirited driving because body roll is kept to a minimum and is once again one of the best in the class. It really is an excellent all-rounder, and this new version just picks up where the old car left off.

If you’re thinking about buying an Impala, Maxima or a 300, we strongly suggest you try the Avalon. It’s understated, luxurious and comfortable, but sportier than you might think. The base trim level starts at around $32,650, so it’s not even expensive compared to the competition. More equipment and more luxury that you are getting with top Limited trim are priced at $40,450. Give it a go, we promise you won’t regret it.