It’s always been a great car, but for 2016, a few upgrades were in order to bring it up to date and allow it to run against fiercest competitors. The upgrades are mostly in the infotainment system such as mobile phone navigation integration and an improved audio system, as well as a bigger towing capacity in all models. Other than those few tweaks here and there, the 4Runner is largely unchanged from 2015, which is not a bad thing at all.

The big truck-based SUVs like the 4Runner got mostly killed off with the introduction of the midsize crossovers. Buyers who wanted an off-road ready vehicle that could be daily driven saw the potential of the smaller, lighter, more fuel-efficient crossovers that made the full-sized SUVs seem unnecessary. In such a world, surviving as a full-on off-roader is difficult. Those few that do manage to survive the cut did so by being the strongest in the class. 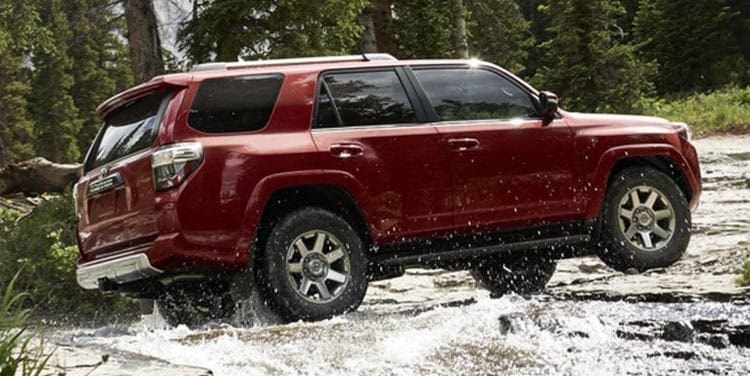 Thankfully, the 4Runner has always been one of them and it’s even here today. It remains the big off-roader SUV it’s always been, retaining the famous Toyota reliability and same off-road capabilities, even further improving upon them. The base model is really all you need with the 4Runner. There’s everything you need for off-roading: mud guards, skid plates, optimized transfer case and hill start and descent on the four-wheel drive models and even off-road-ready tires.

What the 4Runner does it, does it brilliantly. It has a few cons and we’ll get into them a bit later, so let’s start with the car’s pros and strong sides which it uses to its full advantage.

Power comes from a 4.0 liter V6 which develops 270 hp and 278 lb-ft of torque. The engine is mated to an automatic transmission with five speeds and it is the only available transmission. SR5 and Limited trims, are rear-wheel drive as standard but have the option of an all-wheel-drive system while the upper two trims, the Trail, and the most capable TRD Pro model come as a 4×4 as standard. This is quite strange since the Limited trim is the highest one available and most expensive. In case that you want to add optional 4WD system be prepared to pay almost $2,000 extra over the standard price. 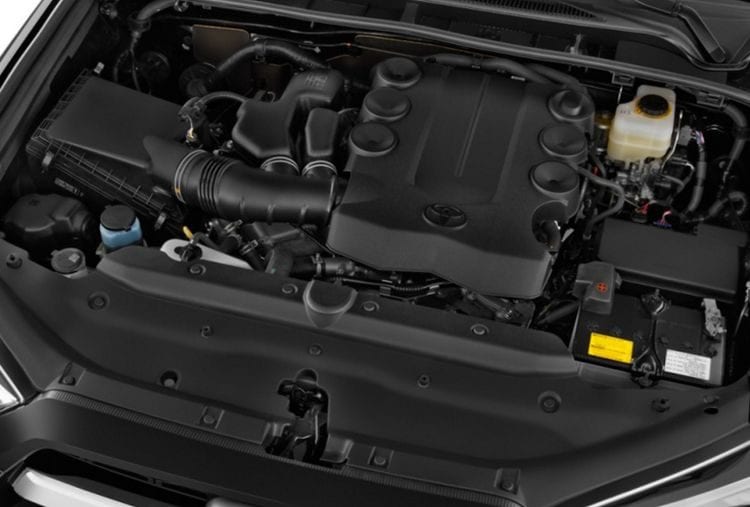 The stronger trims which are more off-road oriented and more capable come with additional off-road equipment as you’d expect. Both the Trail and the TRD Pro have a part-time all-wheel drive system with a locking rear diff, selectable terrain modes and even a crawl control which is only selectable in the low range mode.

Towing capacity of the 2016 Toyota 4Runner is more than enough. The SR5 and Limited can tow nearly 5,000 pounds if specified with the right equipment, the Trail can tow a little bit less at 4,900 pounds and the TRD Pro is capable of matching that number easily.

Performance is okay but nothing special. The 0 to 60 miles per hour sprint is done in 7.8 seconds with the 4WD Trail version. Not slow but not fast. In fact, it’s exactly average amongst the competing vehicles in the segment. Fuel economy is poor at best. Rear-wheel drive models return 19 miles per gallon on the combined run and that number drops to an appalling 18 miles per gallon if it’s an all-wheel drive model. Again, the numbers are good for the type of vehicles that it is, but that’s about it. Fuel economy is one of the reasons the full-sized SUVs lost out to the crossovers and unless it improves, that won’t change.

The 4Runner’s strongest traits are shown when off-roading. It’s where it really shines, and it does it better than all other SUVs in its class. It feels really happy on off-road tracks and trails and even courses with bigger obstacles aren’t a match for the 4Runner. If off-roading is important to you, the 4Runner will outperform even your biggest expectations and meet your toughest criteria.

Sadly even the 2016 Toyota 4Runner starts to fall off when you begin driving it on the road, and you can immediately tell road driving isn’t this SUV’s strong side. It’s okay as a daily driver but competing cars in the segment do a way better job at it. The suspension is a bit harsh for daily driving and the big tires meant for off-roading aren’t really suitable for roads, transmitting some judder into the car.

There’s plenty of body roll as expected, but because it’s so capable off-road that’s forgiven. What’s not forgiven is the relative lack of power. Okay so the V6 is strong and smooth on its own but when compared to the V8s of the Cherokees and the Durango’s it really starts to fall off dramatically. The transmission is more than capable both on and off the road but having at least one more gear wouldn’t hurt. It’s noisy at highways speeds and that would certainly help, not to mention it would improve the mpg of the 4Runner. 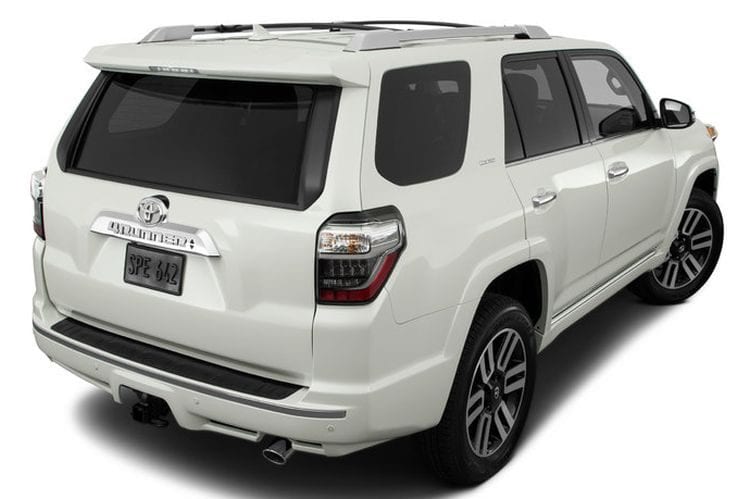 The car’s exterior is tough-looking and certainly intimidating. You can immediately tell it’s very capable just by looking at it so we’re very pleased with the way this thing looks. We’re also fans of the interior quality and design. Form follows function but even still it really does look great. Practicality is expected Toyota and there’s more than enough safety systems and infotainment options to keep everyone happy. 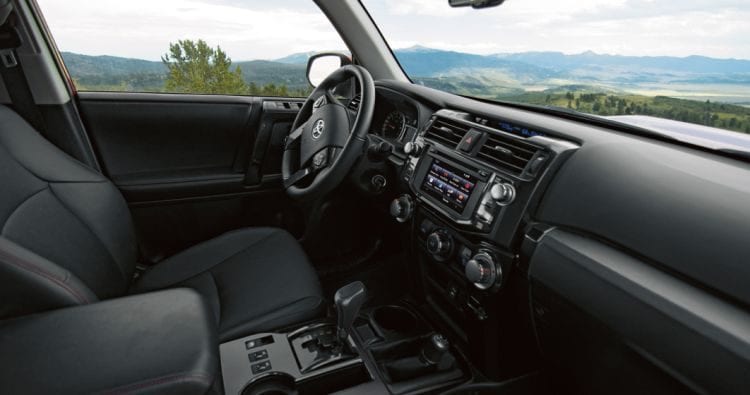 There’s Toyota’s Entune infotainment system with smartphone integration and even a navigation system. The first and second rows of seats have great legroom and headroom and can easily accommodate 5 adults with comfort but the third row is too small for adults sadly, and only children can fit. Cargo space is 47 cubic feet or 90 with the seats down, an astonishing result in this segment that allows you to easily load huge amounts of cargo.

All in all, the 4Runner is still one of the strongest cars in its segment. It will do the daily commute and is more than capable on the road, just don’t expect Grand Cherokee levels of sophistication or the great fuel economy. Put it on a trail, however, and it won’t fail to amaze you. Prices start at $33,810 for the base model and goes all the way up to $42,125 for the Limited trim.