Released back in 2010, the current model of the Swift looks a lot more like the car released all the way back in 2004. However, since 2004 its platform changed dramatically while its engines also have been improved by quite a bit. Even though it is still a good option, there are better and newer cars out there. To compete with these, rumors about an all-new 2016 Suzuki Swift started to surface. Well, it now seems that these stories were, in fact, true. The new vehicle has been spied testing not that long ago and even though the design might still be kept rather similar, everything else might get new.

While not officially out just yet, it seems that the upcoming Swift is going to share its platform with the Baleno. This is obviously a smaller car, but this shouldn’t be a problem as it is a modular architecture that gives plenty of options. Compared to the previous model, we might even see a little increase in height, width, and length. The fact that the car will be bigger means that there will be more room inside the cabin. Its trunk might get bigger as well, so we are getting clear benefits right here. However, we do hope that even though the car will be slightly larger, it will still keep its nimble character unchanged. In Europe, the car will still start under 10,000 euros which should finally allow Suzuki to take head on cars like the Volkswagen Polo or the Opel Corsa. The release date is still unknown, but it is safe to assume that it will be showcased by the end of the year and go on sale in early 2017.

As we mentioned above, probably one of the largest changes for the rumored 2016 Suzuki Swift is going to be the platform. This will come with an entirely new powertrain that will include all-new engines as well. Insider info suggests that the car will become even better to drive thankfully to improvements that new platform brings. It should be more stable around corners as well as more comfortable during long trips. The larger brakes in the front and at the back will be a well-received addition for sure, and even this isn’t a sporty car it will make you feel safer. Standard features on the Swift will include things like ABS, ESP, and even an active cruise control system. A lane-keep assist, rear cross-traffic alert as well as blind spot monitoring are all going to be offered on the new car but as an option. 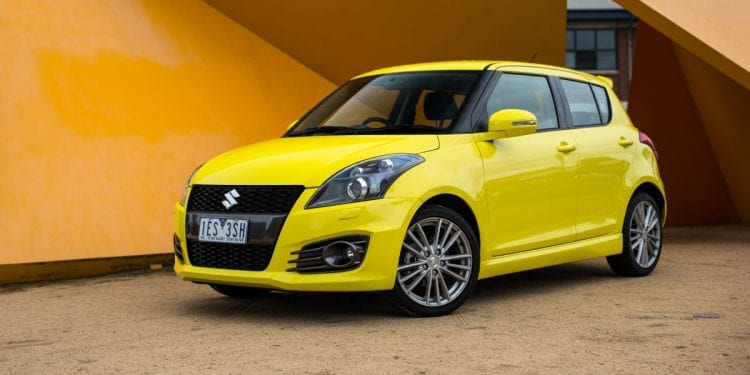 Unfortunately, up to this point, not much has been said about the upcoming 2016 Suzuki Swift. On top of that, the camouflaged model was a bit too well covered, and we can’t see much from it. However, this time, around, we expect Japanese car maker to depart from the design of the older model which has its roots in 2004. Instead, the new car might use a similar design scheme to that found on the all new Baleno. 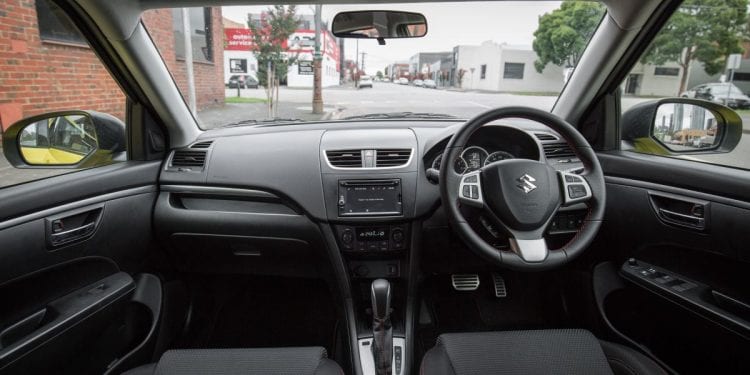 The upcoming Swift is also likely going to receive similar engines to its smaller brother. These are usually more powerful and more efficient than the previously available powertrains. We expect a base 1.2-liter turbocharged inline four with up to 110 horsepower and close to 130 lb-ft of torque. A more powerful version is unlikely at the start, but we may see something special with the Sport trim level. This one could get a larger 1.4 or 1.6-liter turbocharged unit with as much as 190 horsepower. The introduction of the more powerful option would allow 2016 Suzuki Swift to compete finally with all the true hot-hatchbacks out there, and it should give Suzuki a nice lead over what they had. Unfortunately, a five-speed manual is still likely going to be used in some markets. We only hope that the six-speed unit will see a bit more use as it is a much better gearbox. 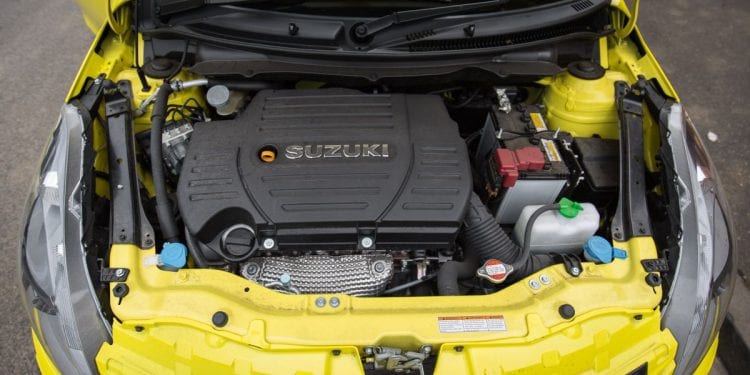