If there’s one segment that isn’t lacking fierce competition it’s the compact SUV one. It seems like every time we review a car in this segment, a new one pops up. Usually, it’s from the same manufacturer or a sister company, but very often a new manufacturer will enter the battle too. One vehicle that doesn’t need introducing in this particular segment is the Subaru Forester.

A car which can hold its own very well and even goes head to head with much larger SUVs. It’s more than capable of off-roading and its on-road capabilities are second to none in the segment. For 2016, it’s had a minor refresh, mostly in the form of a new touchscreen display. The standard 2.5 liter equipped models now come with a 6.2-inch display while the rest get a bigger 7-inch screen. 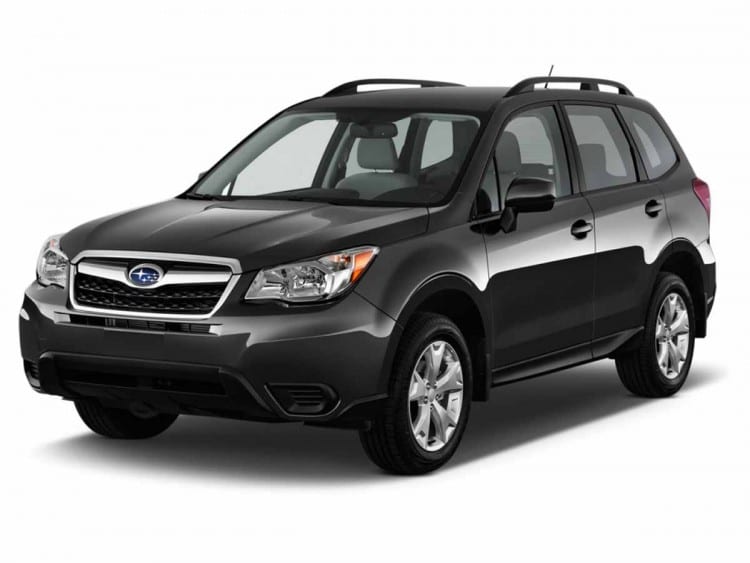 Engine choice is okay with two different options available. There’s a 2.5-liter four-cylinder and a 2.0 turbocharged four-cylinder. The 2.5 develops 170 horsepower and 173 pound-feet of torque and features direct injection. It also comes with the enthusiasts’ favorite 6-speed manual but there’s a CVT transmission which you can specify. The high-end trims have the CVT as standard. 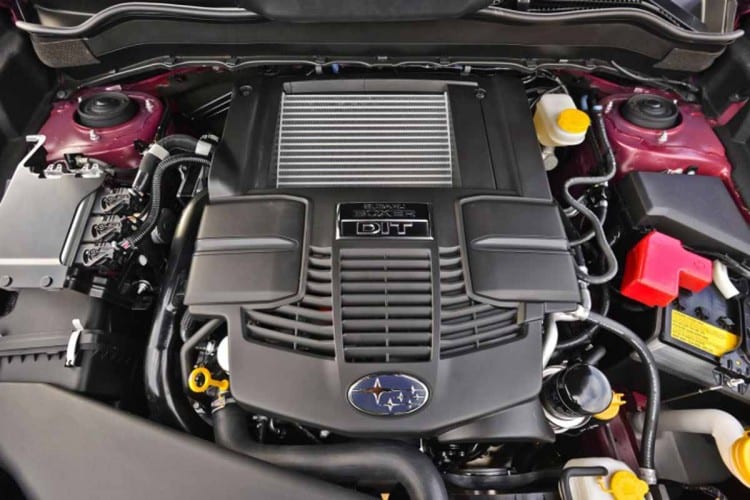 If you want more power, the turbocharged 2.0 deliver flawlessly. It produces a WRX rivaling 250 horsepower and 260 pound-feet of torque but is only available with the CVT transmission. Fans of the manual are sadly left disappointed by the lack of a clutch and gearstick on the 2.0XT and we can only hope that Subaru will change this in the upcoming years.

Performance is more than adequate whichever engine you go for, although the turbocharged 2.0 manages the sprint from 0-60 in just 6.3 seconds, making it a seriously fast compact SUV. Not only does it beat nearly every car in its class, but rivals much lighter sedans and hatchbacks too. Not bad for a vehicle classified as a small crossover or compact SUV which is pretty much same. 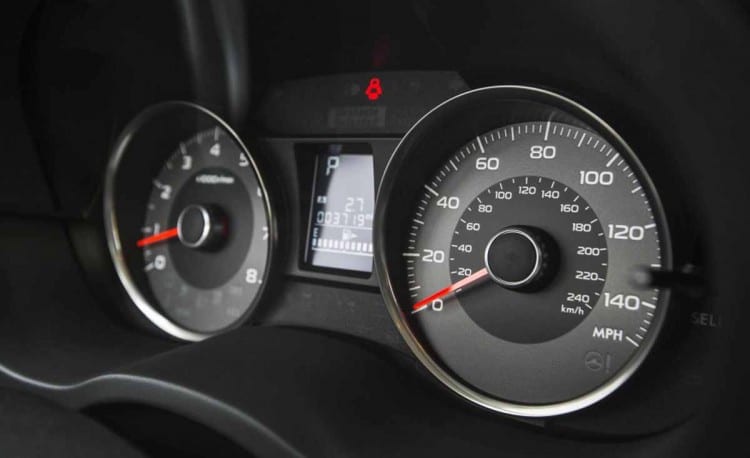 But then again it’s Subaru. No one is surprised by the performance on offer. Neither are we surprised by the fuel economy which stands at 27 mpg for the CVT 2.5i and 25 mpg for the manual two and a half liter. The 2 liter is expectedly the same as the manual 2.5 unit at 25 mpg, due to the fact that the CVT saves up a couple of mpg.

The company that revolutionized rallying has certainly done something similar with the SUV and crossover segment. The all-wheel drive is certainly best in class, there’s no question about that. The symmetrical all-wheel drive system works wonders and is uncontested in the class. All of the rallying expertise and racing knowledge gone into it really shows, and if there’s one distinctive feature where this car outshines all the rest it’s certainly the very clever all-wheel drive system. 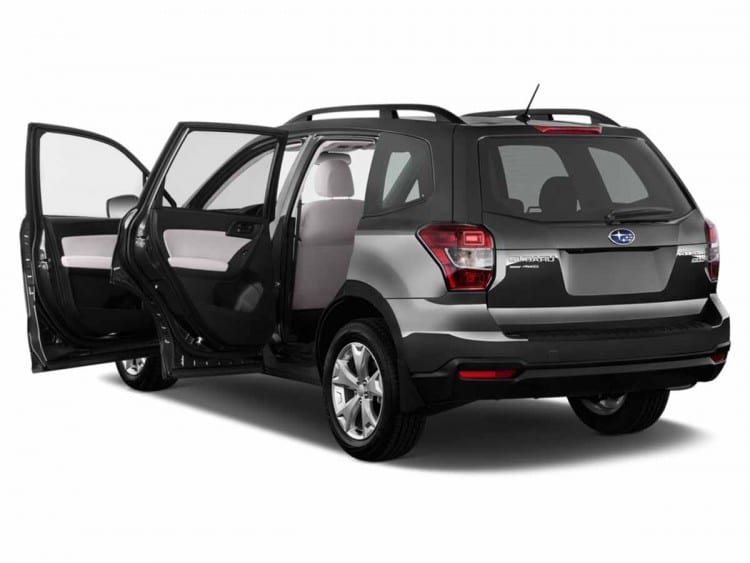 There’s just one critique on the car’s driving dynamics, and it’s the transmission, or should we say lack of transmission. The decision to offer the more powerful engine choice without a manual option is one we don’t understand. Yes, a lot of owners won’t even go for the manual, but it’s an important selling point especially for a Subaru, even if it is a small SUV. The CVT is okay, but even a normal auto would have been better. CVT is great in big luxury cars like Lexus’s, but less so here. If we were to shell out money for a 2016 Subaru Forester, we’d go for the manual 2.5i.

No, it won’t set any records and it’s behind Ford’s EcoBoost or even Mazda’s SkyActive, both of which are beaten by the 2.0XT by the way, but the manual outweighs every con in our book. Handling is again amongst the best in class and makes a strong case for buying the Forester. Only high-speed corners trouble the Forester, but that’s mostly due to the height. The 2016 Subaru Forester serves a really comfortable ride and smoothes out any road imperfection with no issues. 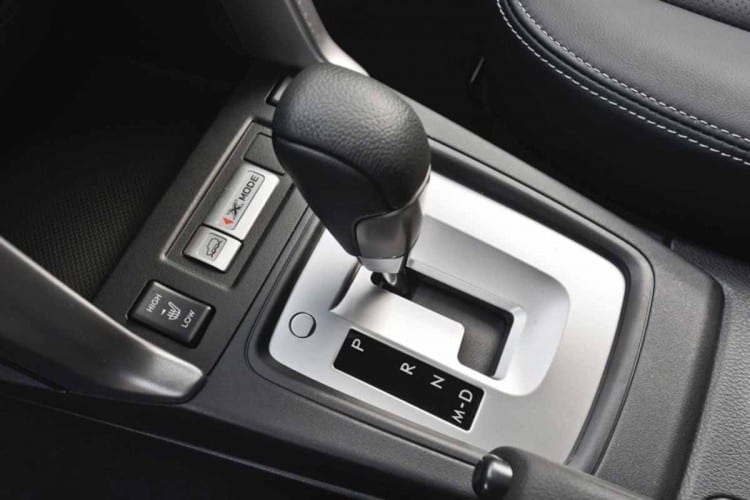 On top of this let’s not forget that it’s the most off-road capable car in the segment due to the ground clearance and all-wheel drive system. The available “X Mode” also aids the car to gain traction in dirt, sand, snow and generally any low-traction surface. It’s by no means a full on off-roader, but it can do light off-roading every day, and even heavier occasionally.

Outside appearance is a matter of personal preference, but we really like the look of the Forester. It’s not aggressive but features a lot of angular curves. It’s understated capability and we like that very much. If the Forester was a kid, it would be the average kid who isn’t the most popular in school but manages to ace every test and even amaze occasionally.

Move into the interior and you find a design found on most current Subaru’s. Practicality and simplicity. Everything works, all of the buttons are where you expect them to be and the materials are great, but not the best. Thankfully Subaru has added Starlink to the Forester (technology interface). As standard, you now get Smartphone integration which should save you some time when connecting your phone. 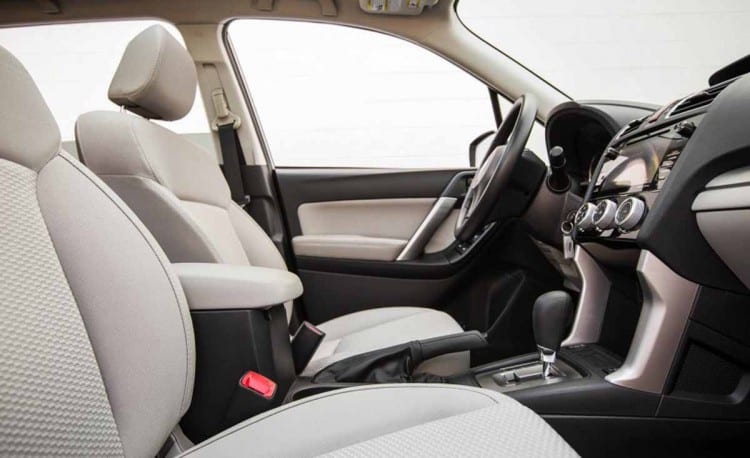 We have already mentioned that 6.2 inch and optional 7-inch touchscreens are offered but on the images, we can see that there is a second smaller display on top of the dashboard. This one will also give details about vehicle and aspects of your trip. Higher trims offer up to 12 buttons on steering wheel and some of those have more than one function so you might need few days to get used to all this. Forester will not be taking the top spots in the segment with its interior quality but still has a lot to offer.

As we previously mentioned, this car really excels in practicality. Cargo space is massive at 34.4 cubic feet or 74.7 cubic feet if you fold the rear seats down. The latter is actually the biggest amount of cargo capacity on any of the cars in this segment. 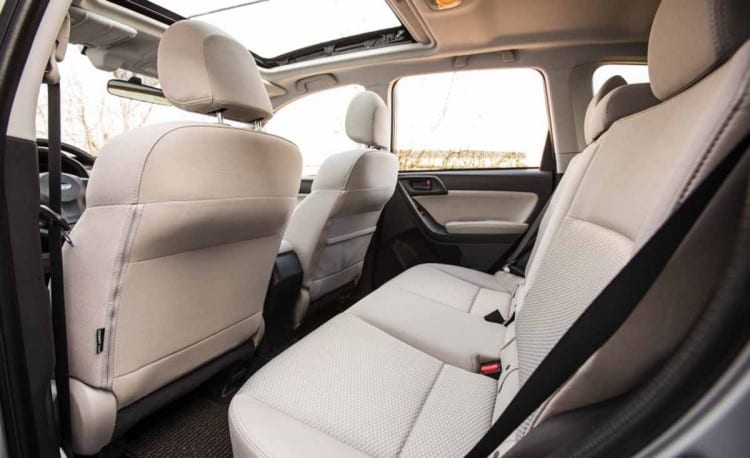 The 2016 Subaru Forester is available in six trims. There’s a base 2.5i, a 2.5i Premium, 2.5i Limited and the class topping 2.5i Touring. As the name suggests, the two and half liter engine is standard on these models. The more powerful turbocharged engine is offered with the 2.0XT Premium and 2.0XT Touring.

It’s difficult to talk about the SUV crossover segment without even mentioning the Forester. It offers state of the art all-wheel drive that’s best in class, great practicality, comfort, speed, and famous Subaru reliability. It’s still an underdog however compared to the Ford. It’s yours for around $22,300 for the base model.