The Seat Leon is a model which needs no introduction. Mostly known for its European success, this small hatchback has captured the hearts of its owners with incredible looks, stunning performance, and a competitive price. The current generation is amongst the all-time best-looking hatches. Yes, it really is that good.

If there’s one thing people like more than a hatchback, it’s a hot hatchback. A vehicle that combines the practicality of a small car with the performance and thrills of a sports car. What more could a petrol head ask for?
The first Leon Cupra was one of the fastest hatches the world had ever seen at the time. It set a blistering record at the Nurburgring, trumping all other hot hatchbacks and even some serious performance cars. Well, two years later and Honda claimed the record with their new Civic R in fact, but the new Leon Cupra 290 might have a few words to say about that.

For 2016, the Cupra has had a few upgrades. Apart from the number change in the that now shows 290, suggesting more power, the handling has been improved to match the added firepower which now exceeds even that of the Megane RS 275. You do have to wonder… is there a limit to how much power FWD hatchbacks can put down? At the moment, we’re inclined to say no since every year the bar seems to get a little bit higher. 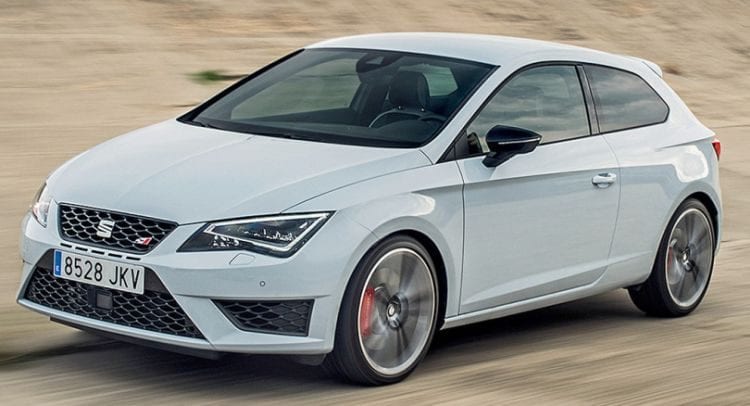 Starting off with the exterior, you’ll immediately notice that it’s the same styling. The only difference at all for the 2016 Seat Leon Cupra 290, in fact, is a new Cupra 290 badge at the rear and the improved exhaust system which has been designed to offer more refinement now. Further upgrades will be quite hard to see, and we do not expect for many people to notice, at least not before they get behind the wheel.

But we feel like that’s a good thing. The current generation of Leon isn’t just the best-looking Leon ever built, but certainly one of the best looking hot hatchbacks. The front fascia features the same aggressive angular headlights which have LED daytime running lights, a design cue borrowed from Audi and Volkswagen Group but put through its paces here. The grille is the only kind of conventional looking feature, both the side grilles as well as the big open vent below the grille with the badge are all angular and follow the styling of the Leon really nicely.

The most impressive features, when looked from the side, are the 19-inch wheels which have been finished with titanium look and are only available on the Cupra version and no other Leon. The mismatch at the rear quarter panel between the two lines is something which we’ve always been fond of. It exaggerates the angular styling of the vehicle and only adds to the drama. Don’t for a moment think it’s not refined or elegant because it is.
The back of the 2016 Seat Leon Cupra 290 also hosts LED taillights and a bigger rear diffuser housing the dual exhaust pipes. There is an Aerodynamic Pack, which comes at an extra cost, offering a rear spoiler on the top of the back door, red brake calipers with CUPRA branding and exterior mirror housings finished in black. We wouldn’t bother too much with it, however. The Cupra 290 is good looking as is and these details might not be needed. 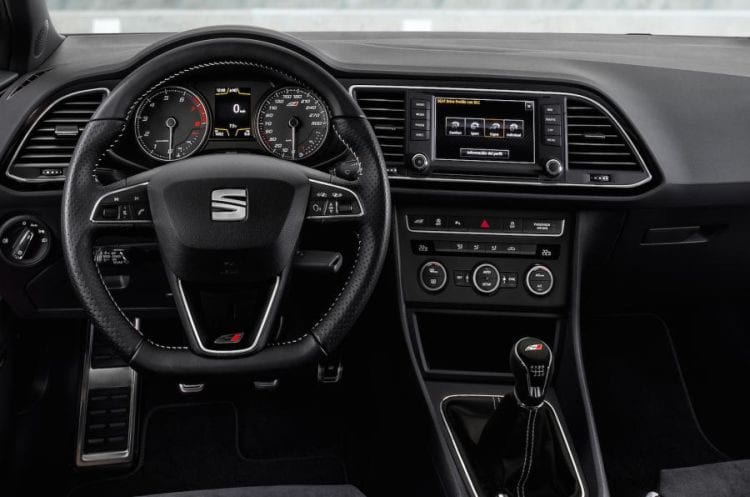 The interior is mostly a carryover from last year’s car. Because it’s the top of the line Cupra, expect things like Alcantara seats and an Alcantara steering wheel at no additional cost. If you don’t like the already excellent materials that are being used, you can opt for black leather upholstery to bring the luxury levels to your expected standards.
A few upgrades which do make a difference are the bigger 6.5-inch display, LEDs located on the door panels and more ergonomic buttons on the steering. The LEDs radiate a white glow in normal mode but can light up the entire cabin in red when you’re in Cupra mode and look for the highest level of performances. Interior space is great for all occupants and so is the maximum loading space standing in at 51.9 cubic feet. 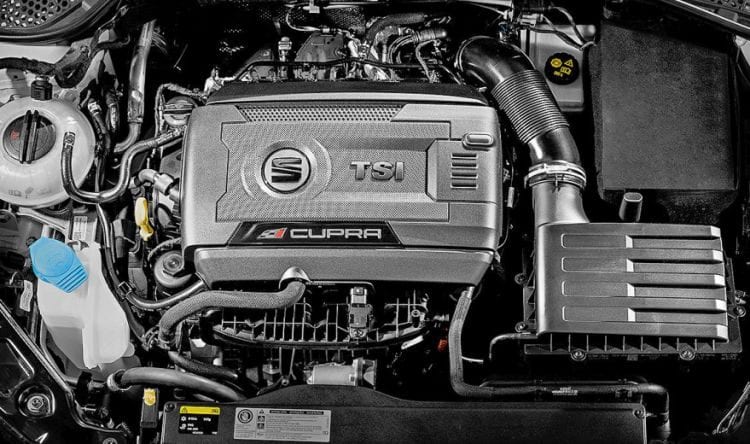 Finally, we come to this car’s most important part. The ultimate Leon will make use of the 2.0 liter turbocharged four-cylinder TSI unit. Power has been upped from 276 hp to 286 hp, thus the name 290, and torque stands at 258 lb-ft. It’s well past the Megane RS 275 but not up there with the 292 hp Golf R. Still, consider the advantages of the car and you’ll find it’s actually competing with the GTI and not the R.
If we’re on the subject of power, now should be a good time to mention that the Cupra still doesn’t quite meet the Civic Type R’s 308 hp, but it feels like it doesn’t need all that power to compete successfully with it. Power is sent to the front wheels alone, and it’s transmitted via a six-speed manual, propelling it from 0 to 60 mph in just 5.8 seconds.

Whereas the manual is oriented more towards the die-hard enthusiast who prefer the full, raw experience, a DSG has also been offered as an option. This brings the 0 to 60 time down to 5.7 seconds but unfortunately the 155 mph top speed restriction remains.

If you’re really nuts and want more performance, you can opt for the Performance pack. What you get in return for more money are Brembo calipers, different wheels, and specially designed tires. Note that this package won’t add any noticeable improvement on the streets, but it might make the difference when acquainted with a track.
Overall, we have to say that the 2016 Seat Leon Cupra 290 still seems to be the car to beat. Sure, it may not hold the Nurburgring track record (yet), it may not be the most powerful hot hatch currently, and it may not have the prestigious VW badge, but that does make it cheaper and really understated. What’s more, in a few tests it showed it can actually beat most of its competitors on the street as well as on the track (Golf GTI, Megane RS, Focus ST, Honda Civic Type R).

Prices start at around $46,300 making it an excellent buy and great value for money.