A marque of Toyota, Scion, started in the early 2000s and continued to make improvements to the existing line-up of vehicles, like most well-known international brands have their special departments. This time, the manufacturer has turned the attention to the FR-S and gave the model rather a significant update that will help to keep it competitive for at least a couple of years.

Although the number of changes is comparably small, it has the potential to enhance the interest in this model. Specifically, the car’s updates include visual tweaks, upgraded entertainment system, several new colors, new trim, better audio system, and various safety improvements.

Scion has long been considered as a brand that makes affordable cars with a decent load of premium features and systems. FR-S certainly continues this tradition. 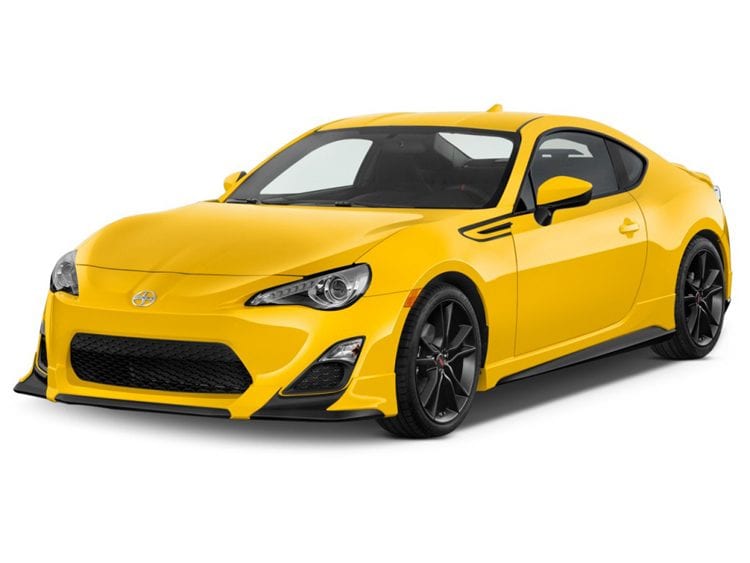 Although the manufacturer has bumped up the price if compared with the previous model, it is still lower than many vehicles in the same segment, including Subaru BRZ. If we talk numbers, the price of FR-S has increased from $24,900 to $25,305 for manual-transmission version and $26,405 for the automatic one from previously $26,000.

Add the cost of the updates and the price will go even higher but Scion needed to keep it tame so it would be competitive on the market (do not forget to calculate in the destination charge as well).

Is the 2016 FR-S worth the price and what increased the starting price? Read below.

What has been left?

The model certainly has the similar design with the previous generation, which was inspired by the Japanese sports car exterior but completed in a modern way. The sporty look of the vehicle is mostly defined by the proportions of a long hood and short deck, which reminds us of the old Japanese race cars of the 1980s. 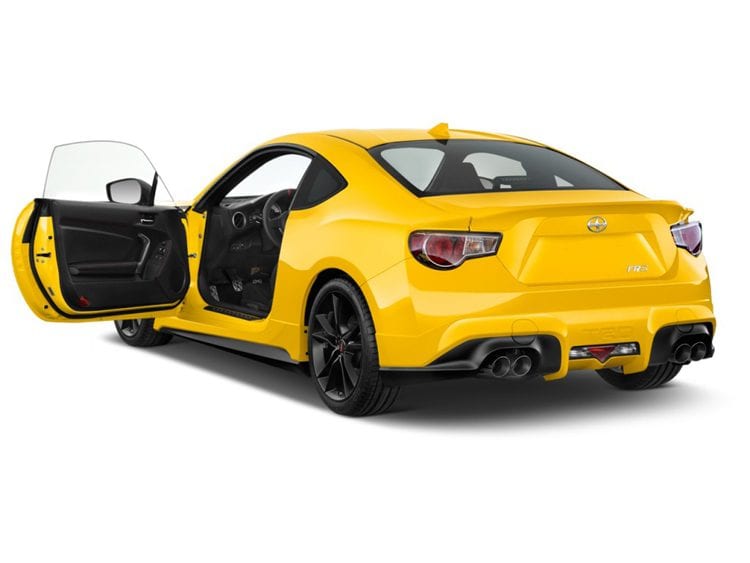 The body of 2016 ScionFR-S is curvy, low, and sleek, and these design elements emphasize the designers’ desire to make it as much aerodynamic as possible. It contains some well-detailed and graceful elements, such as smooth curves that flow into the fenders and hood, wide grille opening to provide enough air for cooling, and sharply angled vents in the lower part fascia.

To make a long story short, the body of FR-S has a minimum of details and does not include major changes.

Under the hood, 2016 Scion FR-S carries a well-known combination of great engine solutions from Toyota and Subaru: 2.0-liter four cylinder unit capable of producing about 200 horsepower.

The engine itself has been reported as the design of Subaru but also contained some elements made by Toyota, including the port- and direct-injection systems. The power provided by the engine allows the vehicle to reach 60 miles per hour in less than six seconds and top at an estimated 130 miles per hour (fuel efficiency: 22 mpg City/30 mpg Hwy). 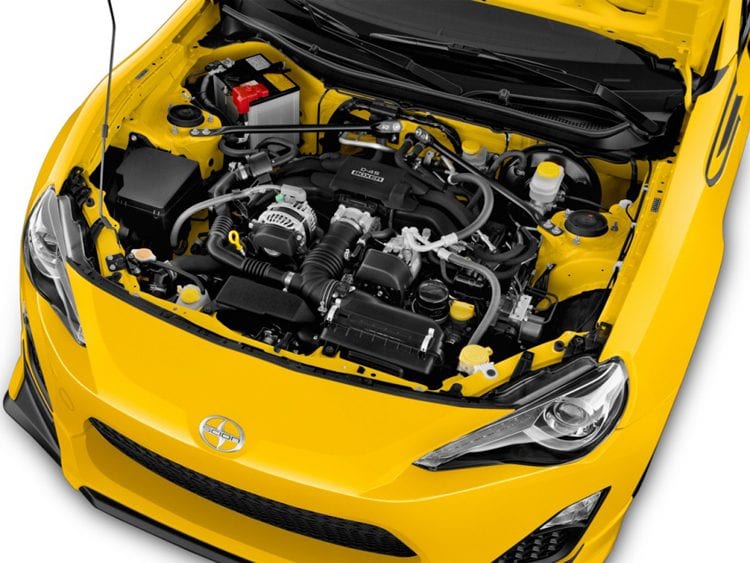 At 151 lb-ft, it cannot be considered as a torque beast and represents the previous generation of Scion engines. However, as reported by many auto reviewers, the model’s drivetrain might be more powerful, so we have to wait a little bit to see whether it is true.

The engine will be coupled with a standard 6-speed manual transmission, also unchanged. The customers will be most likely to favor the optional automatic one, which is controlled by shift paddles and can easily enhance the driving experience, giving you that race car note.

What has been added?

The interior of the vehicle received a lot more attention from the designers and now comes with few added elements that are extra over the previous version. First and foremost, the materials used in the cabin are of much better quality than before and have a premium feel to them, even though FR-S cannot be considered as a luxurious car. 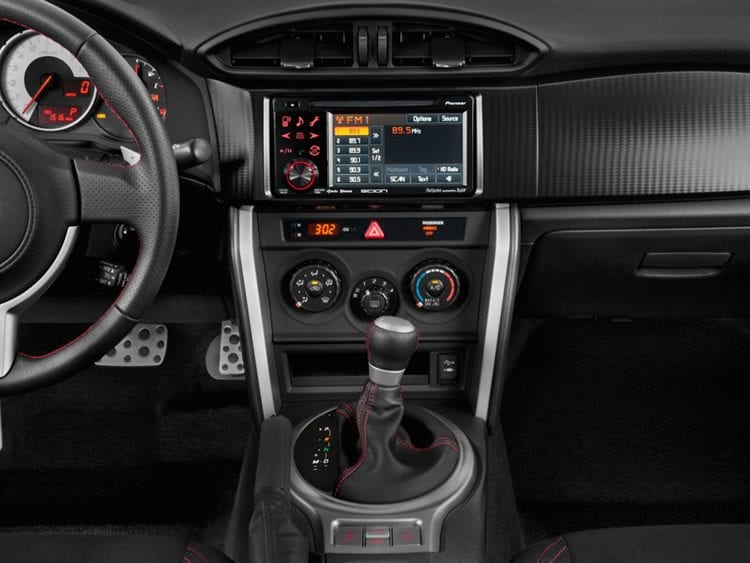 For example, the black upholstery with brown accents looks beautiful and provides a great comfort level for the occupants of the seats. The leather can be found on a number of cabin elements, including parking brake lever, knee pads, center armrest, and even shift knob. Moreover, the cabin contains more than enough leg and hip room (41.9 and 53.1 inches respectively) enough for large and taller drivers, plus, we are getting even the heated front seats.

However, the rear seats should be reserved only for children and smaller occupants because the leg room there is just 29.9 inches and hip room is 45.6 inches. It can be a great place to put some luggage as well. Overall, the cabin was left pretty spacious and contains improvements in terms of comfort and quality of materials.

Regarding equipment, the FR-S does not have much to offer. However, the available functions are pretty decent and include keyless entry, climate control, apps capability, premium audio system, and Bluetooth connectivity. 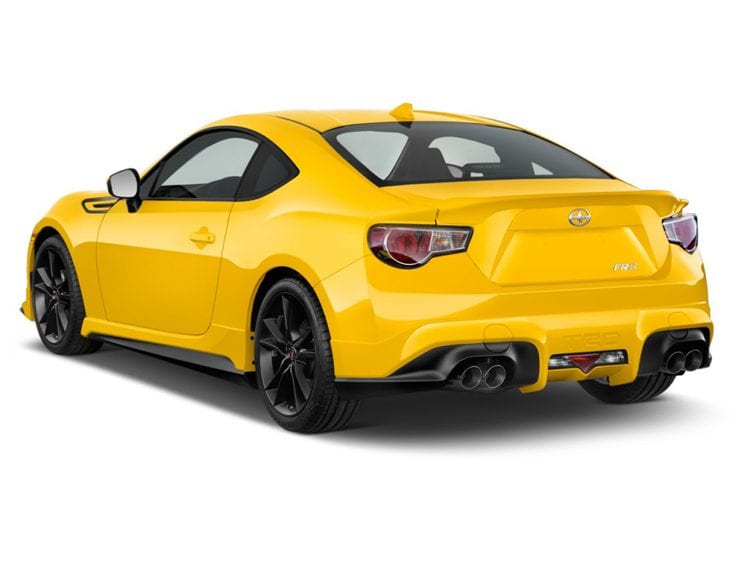 One of the most significant updates here is the rearview camera, which makes parking much easier and safer; it is a part of a safety system, which also has six airbags, stability and traction control, and anti-lock brakes. According to the IIHS, the car received “Good” score in all safety categories, including front crash protection making it a decent choice for those that are looking for best in this segment.

Undoubtedly, this is good news for Scion fans who want extra performance. The most dedicated fans will also be glad to hear that the manufacturer intends to produce a special-edition model that will feature LED daytime running lights, HID headlamps, and can be painted with a unique paint called “The Lunar Storm.” 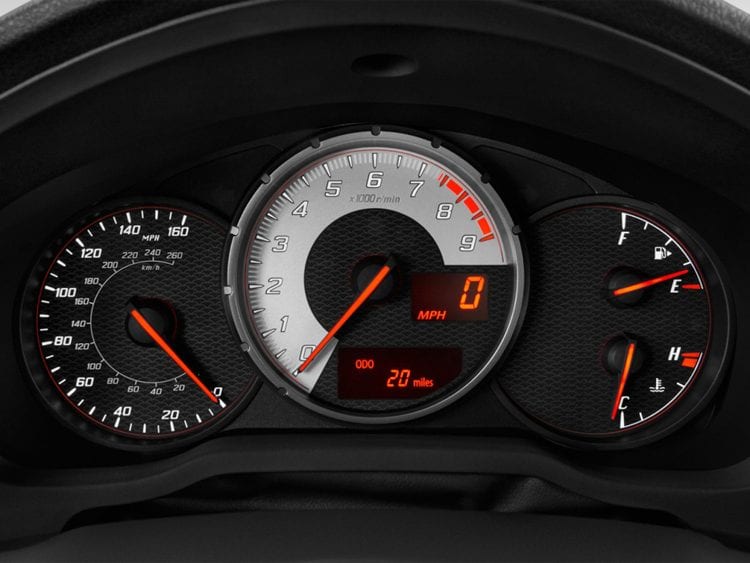 Scion FR-S has received some meaningful updates that should keep it in the business for some time. Although we did not see major improvements, say, more powerful engine or extended selection of equipment, the car still worth its price and consideration.

It certainly is one of the best options in the segment and has an edge over competitors. Given that the manufacturer plans to build only 1,000 units of this model, we think that they will be easily sold and well-received, even though FR-S faces some serious opponents in the market, including Mazda MX-5 and Subaru BRZ.

The main advantages of Scion are more affordable pricing and premium materials, which could be just enough to win a sufficient number of customers.