There are very few car brands as luxurious or as awe-inspiring as a Rolls-Royce. The Wraith was the first model after a long time to really introduce something a bit different from the Rolls-Royce, and the brand very interestingly decided to follow it up with a convertible version. We did have to wait quite a bit to get it, two years in fact, but at the 2015 Frankfurt Motor Show, we finally got a glimpse of the beast.

There were speculations that the name of the car would be taken from the Phantom, i.e. a Wraith Drophead Coupe but thankfully they opted for a different one. Dawn, to be more precise. Yes, the Dawn name finally returned after six decades of hiding. The original Dawn was a car built in very limited numbers. Only 28 were built. Some high expectations for the new one to fill in.

The exterior certainly delivers that. Although it’s unmistakable Rolls-Royce, it still has some distinctive features separating it from the Wraith, a much bigger car. It may appear very similar, but Rolls-Royce claims that 80 percent of the panels on the 2016 Rolls-Royce Dawn are brand new. This might explain the altogether different name, not at all associated with the Wraith moniker.

We can’t say for certain if the panels are brand new because they appear slightly different, but we’ll believe Rolls-Royce’s claims on this one. The shape and the size of most of the panels are largely the same with the exception of a few lines and features distinctively separating it from the Wraith. For instance, the headlights have a slightly different shape. The grille is now recessed by 1.7 inches, and the bumper actually goes out further by 2.1 inches. This doesn’t just make the car longer, but focuses that length on the front overhang, giving the car an even more elongated look.

Another specific design is the beltline which arches up just above the rear side panels. The changes are subtle, and most non Rolls-Royce fans or car enthusiasts won’t even be able to tell the difference, but there are a few. In a sense, the Dawn is like a facelifted Wraith and is missing a roof. We don’t mean that in a bad way, as anyone who has ever seen a Wraith will agree. 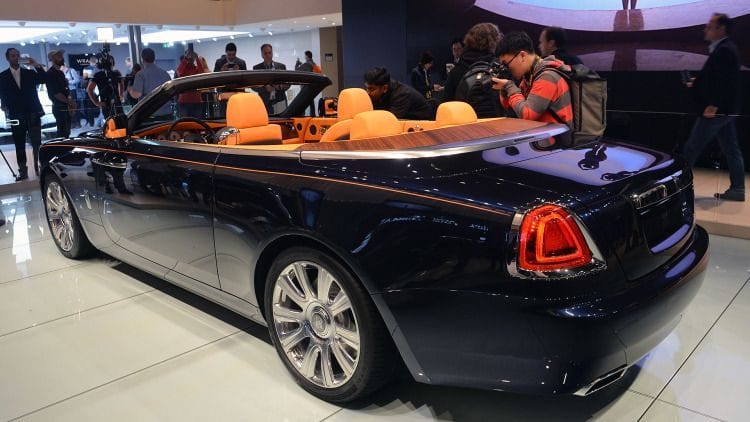 Up top, there’s no longer a fixed solid roof, and in its place now lies a six-layer canvas which can retract behind the wooden deck located just behind the rear seats. It’s a very elegant mechanism. The Dawn may lose the fastback silhouette of the Wraith, since, obviously, it doesn’t have a solid roof, but the rear shape of the car still echoes the Rolls-Royce concept and the open-top offers another layer of luxury and exclusivity in our book. 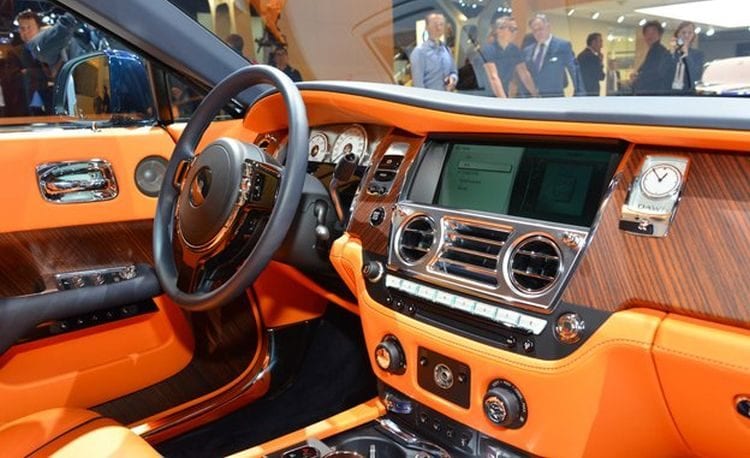 Now obviously, with a car like a Rolls-Royce interior is a priority. Well, as you might have expected the Dawn has one of the nicest car cabins in the world. You get nearly everything from the Wraith. Well, we say nearly because the 1,340 starlight roof can’t be incorporated in the 2016 Rolls-Royce Dawn due to obvious limitations here. But, you do gain access to endless stars should you open the roof at night, so you might say it’s a plus and not a minus.
Like any self-respectable Rolls-Royce, the Dawn is absolutely loaded with the finest materials known to humanity. Everything is covered in fine leather, and we do mean everything you touch and use is just gorgeous and soft. The seats, the steering wheel, the door panels… Oh and let’s not forget the wood accents throughout the cabin. Well, they’re more of features than they are accents. In fact, it’s got the largest contiguous sections of wood from any production car ever.

The Dawn is marketed as a large coupe, sort of like a 2+2 but not really. Although there is a decent amount of legroom in the back, especially when compared to some other luxury coupes, it’s still not a full-blown four-seater. You can get two adults in the back, but it will be a tight squeeze and the front seats may have to move forward by quite a bit. Longer rides can be quite uncomfortable when you do not have enough space, but we reckon that this vehicle will not be used in such manner. 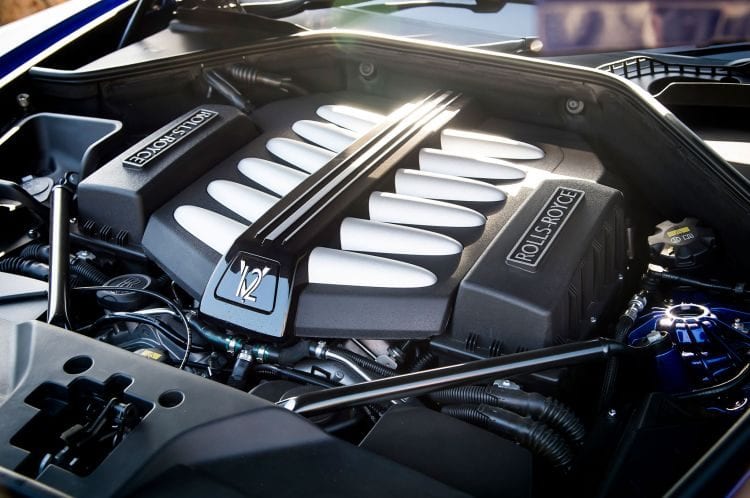 As far as engines are concerned, you only get one choice, and it is Rolls-Royce’s excellent 6.6-liter V12 just like the one found in the Wraith. Because it’s smaller than the Wraith, and more like the Ghost, you do get the 563 hp, 575 lb-ft of torque version of the engine rather than the Wraith’s beastly 624 hp and 590 lb-ft of torque. Both of those figures are properly ridiculous so that we wouldn’t worry about the lack of power even in this large and heavy convertible.
There’s a ZF eight-speed auto sending all of that monstrous torque to the wheels, and propelling the car from 0 to 60 miles per hour in just 4.9 seconds. That may be half a second slower than the Wraith, but you’ll agree here that it’s no slouch especially for such a large car like the Dawn. Speaking of large, the 2016 Rolls-Royce Dawn weighs in at a massive 5,644 pounds. We suspect the car’s top speed may be closer to 190 mph but in standard guise, it is limited to 155 mph sadly.
Even with the roof down, the car is very quiet, and you don’t get a lot of the wind inside. Close it, however, and you’re suddenly isolated from the outside world completely. Wind and road noise are kept to a minimum, and the ride is classic Rolls-Royce. A little bit of body roll but you feel nothing. Not one single pothole. The best way to describe it is to say you’re riding a cushion of air.

Prices start at nearly $300,000 but can go up by quite a lot should you spec it with toys. When we take a look at the features, list it is hard to imagine that there is anything you could add, but believe us there are things that you can opt for and make it even more unique. Plus the prices will go significantly higher. If you have the money by all means, go for it. We know we would.