While we are all in a state of anticipation waiting for Alpine Vision concept to hit the streets, Renault is still at work, and it isn’t shy to show us another glimpse of its future. One of those windows to the world of tomorrow is 2016 Renault Trezor concept just revealed in October, during Paris Motor Show. It represents part of “Life Flower” design philosophy of French manufacturer, and between petals of explore, family, work, play and wisdom it represents one of love.

The Same petal of love was represented firstly by gorgeous DeZir concept in 2010. With its passionate red color, it was a start of the first stage in a relationship, and that is falling in love. 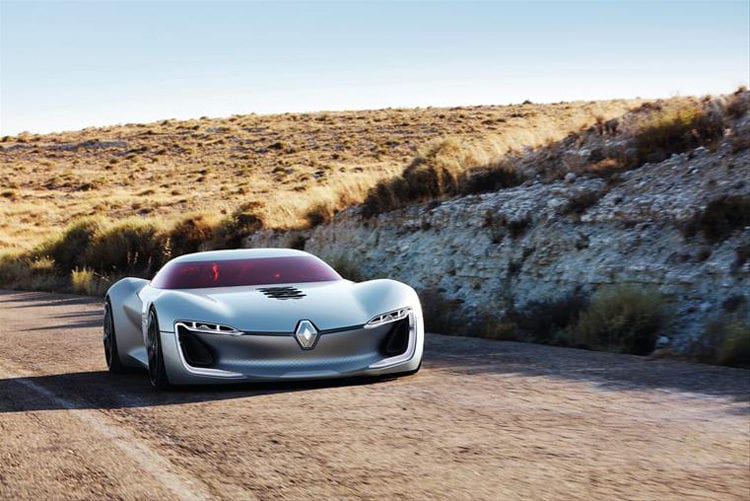 We should pay attention. It is clear that this concept is not going to hit the streets, but same was obvious for DeZir too. Only two years after its revelation new Clio featured some design cues shown on it, so it is certain that we are going to witness some Trezor lines on future models.

Trezor represents highly futuristic grand tourer. The concept is big, wide and imposing, all while using gentle and fluid lines. There is nothing intimidating about it, despite dimensions, same as it should be nothing threatening in developed love. 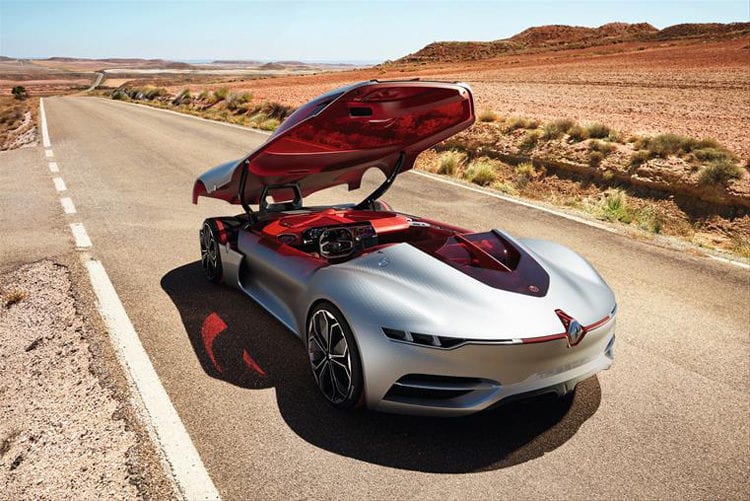 Higher stages of love are venturing into the fields of wisdom and parts of that petal is clearly represented in curves of this concept. Entering the cabin requires opening the door or in this case, the whole roof connected with bonnet, and you are free to step inside warm and cozy, space looking cabin. It encourages tender emotions and affectionate feelings, well same as love does.

Renault has already made its name in the world of electric cars as Zoe is currently best selling EVcar in Europe and let us not forget that Nissan Leaf is the best-selling electric car in the world (for total sales) and it is part of the same alliance with French carmaker. Also as addition Renault is part of Formula E Championship, displaying its capabilities in the world of green propulsion.

In this case, the heart is powerful. Trezor is all electric vehicle, and it is properly equipped. Maximum power is rated at 350hp with peak torque of 380Nm, which makes a possible rush to 60 mph in less than four seconds. Electricity is delivered by two batteries, one at the front and other at the rear, which also creates perfect weight distribution. 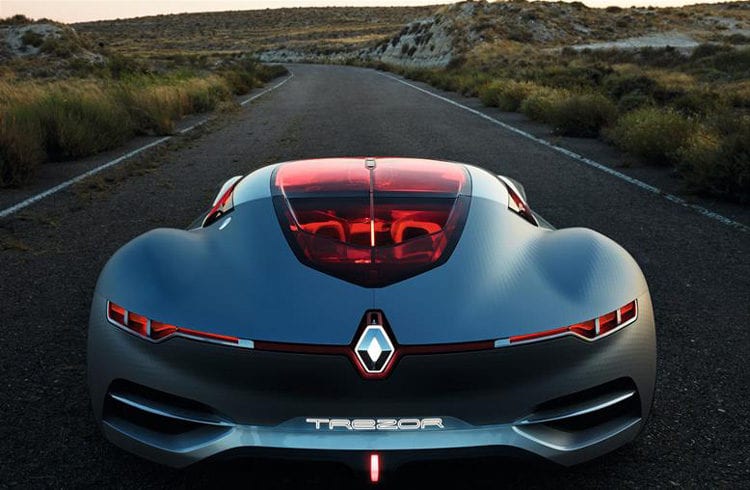 With just 1,600 kg of weight, drag efficiency of remarkable 0.22, ground clearance of only 25 cm and developed rear-wheel drive system, it should definitely pull some decent times at the track, only if it could ever reach one. One more cool thing would be brake-operated energy recovery system or RESS technology taken directly from Formula E racing.

That is the reason why 2016 Renault Trezor is important. It is a display of things that are yet to come from Renault, and by its overall appeal and serenity, we could see bright future in styling department of French models. It would be interesting if some of its technology from powertrain segment find its way to the streets too, and why not since Zoe is a clear win for Renault.