Mitsubishi is a company that’s often overlooked in the U.S. and even in Europe. It’s not that they don’t make great cars, but they’re not widely spread for people to think immediately of them. Well thankfully for Mitsubishi, there are a few markets which do take a great interest in their vehicles.
The Pajero SUV is currently sold in around 90 countries worldwide, making it a big success for Mitsubishi, grossing in a large net worth for the company. Now there’s a new 2016 Mitsubishi Pajero Sport being built in Thailand, but sadly we won’t see it in Western Europe, North America or China. It is, however, available in Russia, Australia and India. But don’t despair if you’re not in one of those countries, keep on reading to find out why the Pajero is a great vehicle, and how it affects the rest of the range of vehicles, we get here.

First of all, let’s get the name straight. Yes, it does have a “Sport” in its name, but it’s not a sport as in Lancer Evolution sporty. It doesn’t indicate a huge step-up from a base model like the Evo moniker does. It mostly brings smaller changes in the styling but also some mechanical ones. It’s not a marketing trick either; there have been significant changes which really do make it a much better option than the standard vehicle. It’s nowhere near something like an X5 M on the road, but there is a distinction between it and the standard Pajero.

If you’ve ever caught a glimpse of the normal Pajero, you’ll agree with us in the statement that it is quite bland and boxy. Then again, however, so was the last-generation of Sport model. A lot of emphases has been put on the new version to make it a more distinctive and even, we can’t believe we’ll say this but, sporty looking. It’s a lot more SUV-looking in the traditional sense of the word. What we’re trying to say it resembles a car a lot more and is less utilitarian which is a good thing when we take a look at the direction in which market and customer demands are going.

It may not be to everyone’s like, especially since it’s rather unconventional, but this does work. The front is indicative of Mitsubishi’s current design vision, which is weird, to say the least. It is very interesting, however, with lots of angles and chrome incorporated in all angles. It’s not an aggressive or mean front fascia per say, but it is striking, and we can agree that it is a significant improvement.

The side profile resembles that of a Toyota Land Cruiser, which some may find weird but it’s a compliment. The rear is the only part we find kind of repulsive. The lights are elongated vertically, but not the top part, rather the bottom one. It just seems like the rear fascia is crying which is really odd. It’s not a nice styling element, one that the Sport would have been fine without. The small exhaust tip is noticeable too, especially since the car is tall. On such a large vehicle that small of an exhaust just seems silly and hopefully this little mistake will be corrected soon by Japanese car maker. 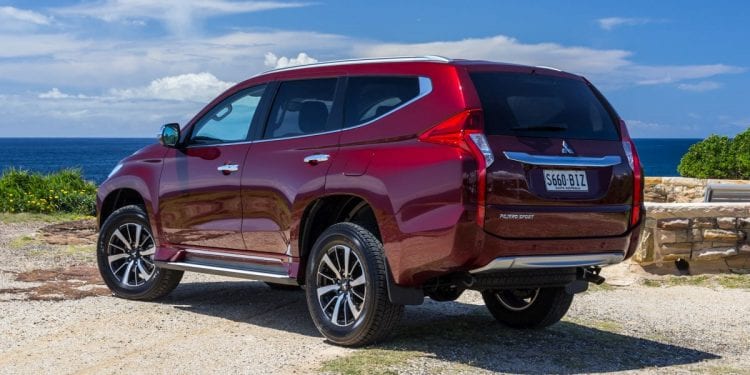 The interior is well thought out in its layout, but that’s about it. It’s very practical just as it should be, but we’d really appreciate a bit more design features and unique details because as it is, it’s rather dull and boring. Credit where credits are due, there’s nothing wrong with its functionality, but the cost savings are obvious in the materials and the fit and finish. Compared to other vehicles in the segment, this is where 2016 Mitsubishi Pajero Sport falls behind most competitors. 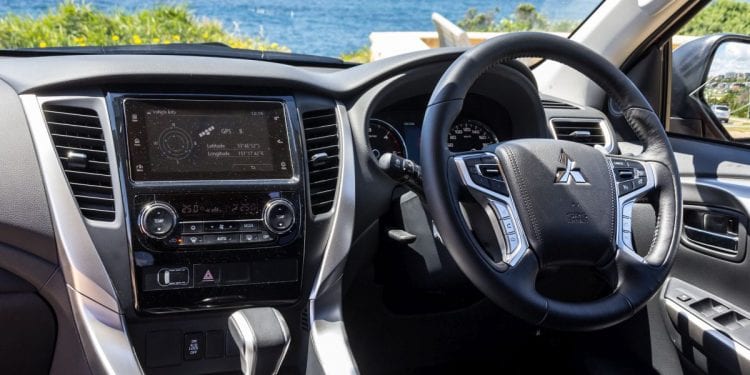 There are cheap plastics everywhere in the cabin, from the dash and the door panels to the trunk linings. The fact that the infotainment screen is poorly placed and looks like an aftermarket unit one doesn’t help one bit. We regularly come across interiors which you know are cheap at the back of your head, but can’t honestly tell by only sitting in them. Reason being, the cheapness is usually hidden with a nice design or some interesting touches.

Here, it’s bluntly obvious that most of the cost-savings have been done in the interior. You can tell it’s capable of having a much nicer interior, but the search for more and more cost savings saw the interior stripped down to the absolute minimum. The only positive side is the roominess it offers thanks to the extremely spacious cabin. But then again, it is easy since it’s such a large vehicle. 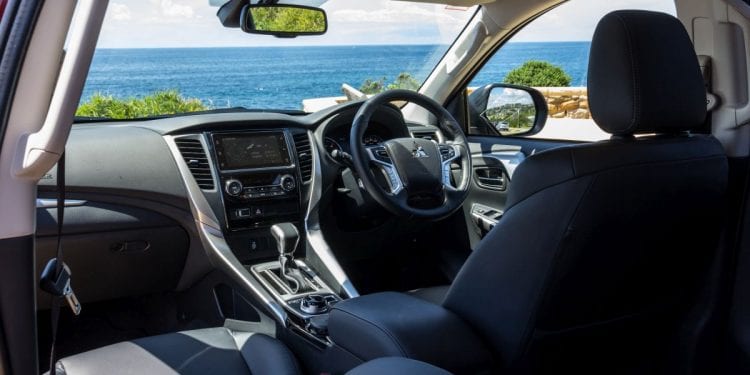 The hood hides Mitsubishi’s 2.4-liter four-cylinder diesel. It develops 133 kW at 3500 rpm and 430 Nm of torque at 2500 rpm. It’s not exactly great since the last Pajero had a much more powerful engine, but it’s good enough for propelling the vehicle along. Don’t expect to see stellar performances but have in mind that it’s not what it was made for.
One advantage of the 2016 Mitsubishi Pajero Sport model is the 8-speed automatic transmission which is a whole lot better than the 5-speed in the standard Pajero. Torque is split 60/40 for the rear wheels, just like in larger trucks and SUV’s this one is rear axle powered. The actual four-wheel drive system is the solid Super Select II system that is capable of getting you out of any tricky situation. 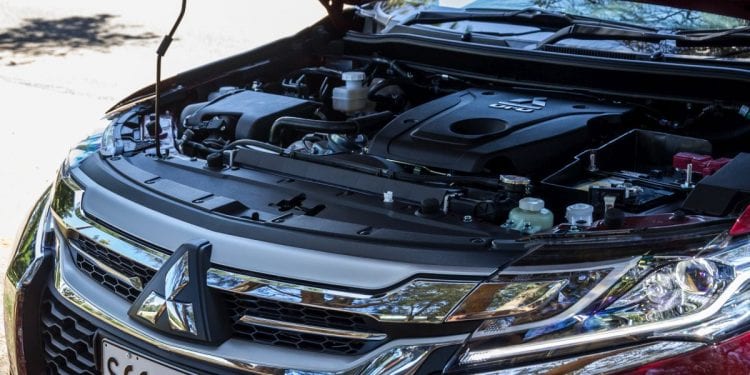 It may not be fast, but it is at least economical when we take into consideration the size. On average, it manages to use just 8 liters for 100 kilometers, a great result for such a large vehicle. Combine this with the 68-liter fuel tank (down from 88 in the older one) and you get the great total driving range.
We don’t know how to conclude this review. On one hand, it’s lighter, more economical and a lot safer than the old Pajero and even the standard one. On the contrary, the cost savings have brought it down and gave it a cheap appearance. We won’t get it in the U.S., and neither will Europe, but that may be a good thing. In case that Mitsubishi decides to offer Pajero to both U.S. and Europe, they need to do better and to provide more, especially in the interior. 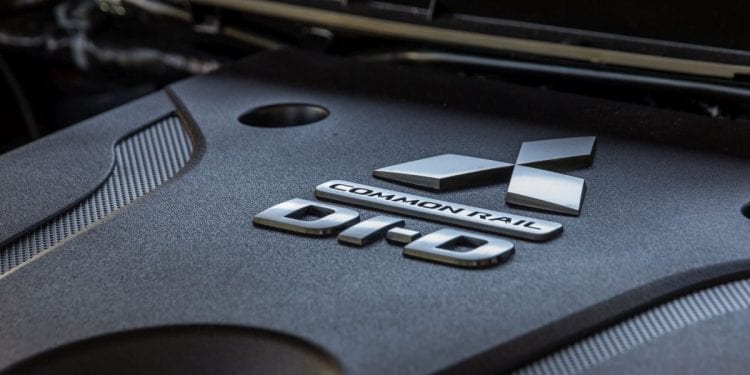