Unlike most new models for 2016, the Mitsubishi Outlander has actually received some noticeable upgrades and not just new color schemes or a “new” screen that’s marginally bigger. The exterior has been heavily changed with new alloy wheels, front, and rear LED lights as well as the bumpers and grille. The GT trim gets unique LED headlights as well. It seems Mitsubishi listens to its customers’ needs because they have added a much more understandable, simpler to use navigation system and easier to fold second-row seats. A huge price gap between the higher GT models and the basic one has been finally closed with a new SEL trim. A wise move by Mitsubishi.

Nothing shows dedication more than the delivery of revised models, especially if the updates come within two to three years after the launch of the model. The Outlander has been on the market for two years, but, already needed upgraded version for 2016 is here. It’s keeping up with the best in class looks-wise and it is really capable of staying there? 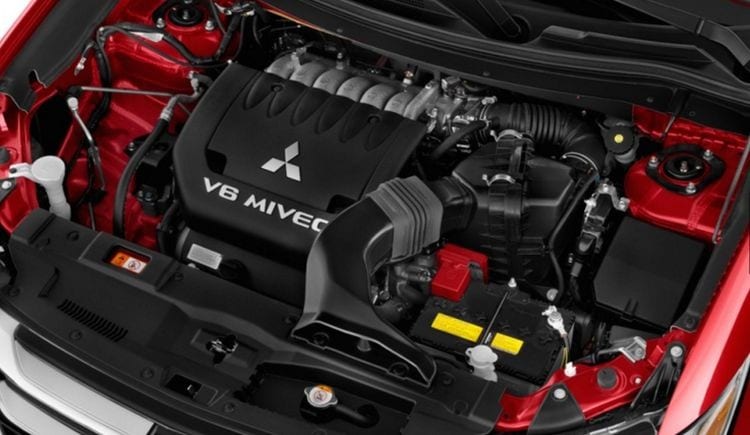 Unlike a lot of cars in the segment, the Outlander is offered with two engine choices and not just one. A 2.4-liter four-cylinder is present on the ES, SE, and SEL. It’s good for 166 horsepower and 162 lb-ft of torque. The engine is paired to a CVT transmission which is okay given the power and car’s capabilities. The standard ES is front wheel drive but the SE gets all-wheel drive as an option, as does the SEL. Performance from the 2.4-liter is dismal, however. The SEL with four-wheel drive managed to reach 60 mph in 9.2 seconds. It is slower than most of its rivals and bit disappointing.

The 3.0 liter V6 is much better and doesn’t disappoint. It’s got a more respectable 224 horsepower and 215 lb-ft of torque. Have in mind that this engine is only available on GT trim level. There’s a better six-speed automatic transmission and not a CVT while the all-wheel drive as standard. The 0 to 60 miles per hour is greatly improved with the GT model and stands at 7.6 seconds. By no means quick, but the Outlander fitted with the 3.0-liter engine can, at least, keep up with competition if nothing else.

As you might expect, the 3.0 V6 returns worse miles per gallon rating, at 20/27/23 mpg city/highway/combined it is not that impressive. The four-cylinder front-wheel driven Outlander is better at 25/31/28 mpg but the average in the Outlander range is 27 which is again nothing special result. Towing capacity is a dreadful at 1500 lbs with the four-cylinder but the V6 GT raises the bar at 3500 pounds. Much better, but still only just about average.

Don’t expect to win any races with the smaller four-cylinder engine. For what it is and what most people will use it for, city driving, it’s perfectly fine. Because it’s a rather large SUV however, you will be limited a bit on highways or on overtaking maneuvers. The CVT once again proves to be a mediocre choice, leaving the engine stranded in high rpm’s and annoying you as well as the passengers. Not the engine we’d go for.

The V6 is much more enjoyable and even produces a nice sound, but it’s still lacking a bit. Yes, it’s faster but is 224 horsepower really what you expect from a modern day V6. We’ll take the four-cylinder turbocharged 2.0 Forester XT any day over the V6 Outlander. If you’re not that enthusiastic on driving, however, even the smaller four-cylinder will cut it.

Powerful or not, you’ll be happy with your 2016 Mitsubishi Outlander should you buy one. It’s very comfortable especially on long journeys, and new sound deadening materials and measures introduced for the 2016 models means there is less wind and tire noise. It’s also useful in the battle with the CVT you’ll be leading if you go for it, but we strongly encourage you not to. 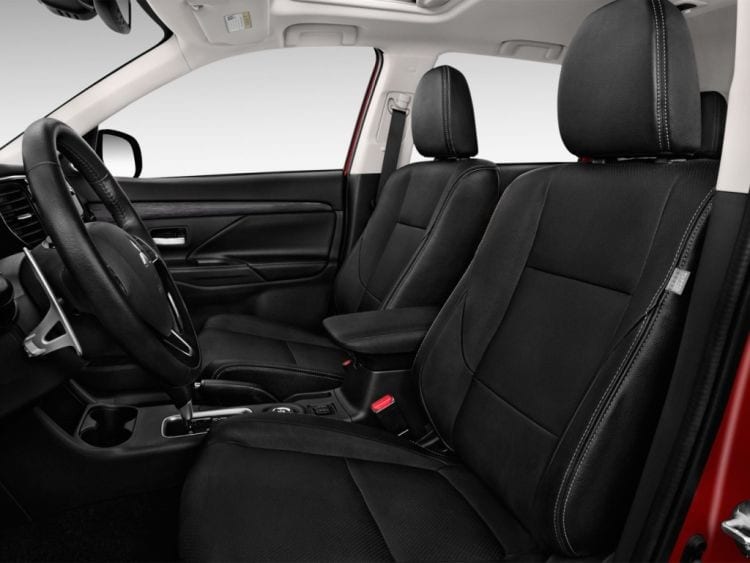 The interior is a much better story. The design and fit are nice and the materials are good and soft to the touch. The dashboard is elegant and understated, and all of the buttons are excellent and are located so you can easily reach them. There’s more than enough infotainment features for the Outlander to be a strong contender in the class, and the new optional navigation system is located on a bigger screen. The bad thing about navigation is that it is a part of a package and you can’t get it separately.

Nice as the materials are, the front seats aren’t all that supportive. There’s no lateral support, but they are comfortable provided you don’t enter corners too aggressively. The second row of seats is virtually endlessly adjustable. The seats can slide and recline in multiple ways and the possibilities are great. The only thing hindering the room in the second row is the sunroof which can be an issue for taller people.

There’s a third row but realistically only children can occupy it. It’s a nice touch for anyone with a big family but just keep that in mind. Once the kids get a bit older, expect the seats to become obsolete and not all that useful. But considering the Outlander even has that in this segment is incredible. The 2016 Mitsubishi Outlander is equipped with the usual array of safety features such as ABS, stability control, traction control and hill-start assist. There’s a lot of airbags on board too, the first two rows have side curtain airbags, with the first-row getting side seat airbags and the driver knee airbag.

Technology has gotten to the point where even affordable SUVs get lane-departure warning systems and even forward collision mitigation systems once only found on high-end luxury limos. This system automatically applies the brakes if it senses an impact in the effort to reduce crash consequences. 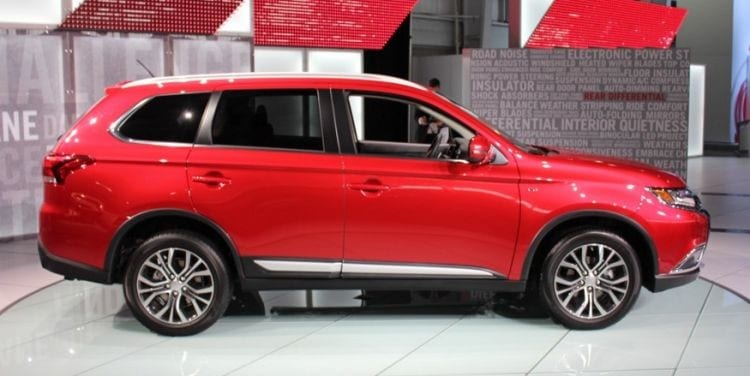 Launch I expected to happen in the next few months, a pretty much standard scenario where we could see it officially introduced before the end of summer or at the start of the fall.

There are four trims on offer, but only the GT gets the V6. Still, the ES, SE, and SEL are a nice and you can go for them also. No matter which engine you go for, you’ll be happy with the car. It’s not a bad car by any standards, but it’s still lacking a bit of driver enjoyment that their arch nemesis Subaru is offering with the Forester. We can’t force you to go for one or the other, but if you’re an enthusiast definitely take a look at the Subie.

History of this model: https://en.wikipedia.org/wiki/Mitsubishi_Outlander