McLaren will deliver the new model this year, called 675LT to complement the existing line-up of redesigned models and fill the power gap between highly powerful and significantly less powerful (by comparison) vehicles. Before 657LT, there were two models in the automaker’s line-up that were certainly far apart regarding performance and price: last year’s 650S supercar that reached up to 200 miles per hour and Formula 1-inspired P1 hypercar, which topped at 217 mph. Even the top speed difference is not enormous these supercars cost $265,500 and $ 1,150,000 respectively, which also resembled the gap regarding availability to customers. Apparently, it was thought that a new car needed to be redesigned and it was a right decision. 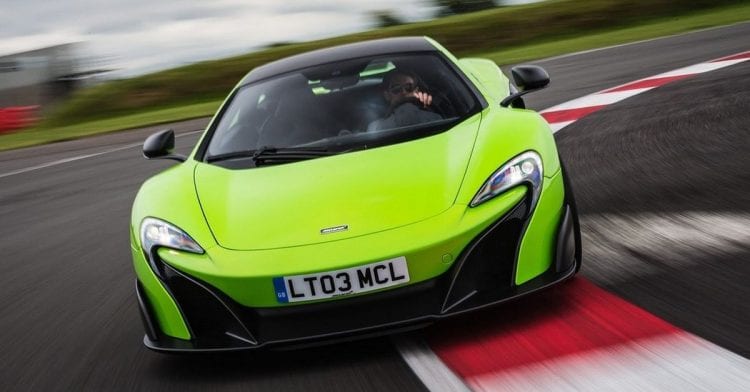 The all-new 2016 McLaren 675LT, once again shows that the British manufacturer does not spend much time thinking about the name. LT stands for Long Tail, although the overall size of the vehicle has been increased by slightly more than one inch, mainly because the revision of the front splitter. Remember some of the previous McLarens that had similar names? For example, MP4-12C was perhaps one of the ‘greatest names’ in the automobile history because C stood for …Car! The next example is 650S, the predecessor of 675LT: the letter S stands for Sport, which is odd considering that the model was included in the Super Series of vehicles.

The easy and sometimes strange approach to naming vehicles can be forgotten once you see the “Long Tail.” It is slightly more powerful than the predecessor and has an, even more, aerodynamic body, which is great considering that the weight of the vehicle was considerably reduced as well. It even has a fire extinguisher to keep the driver safe on the track! Feel intrigued? Read below to discover more.

The best way to describe the exterior of 675LT is to say that it is a redesigned 650S. And slightly enhanced, of course. It still has all the features of the traditional supercar from McLaren, including signature headlights, low nose, and massive side air intakes. However, the predecessor certainly does not have the downforce that is now higher thankfully to the added elements of body kit, improved cooling systems, lower weight, and more aggressive look that 675LT has.

The nose of the vehicle is so low that the driver might be able to scrap small objects from the road. Also, the designers added sized vertical endplates to the ends of the front bumper to increase the stability at high speeds. On the sides, McLaren clearly follows the modern tradition and adds carbon-fiber skirts that stretch throughout the entire length of the vehicle. Not only such design element looks great, but it decreases the turbulent air currents that come off the wheel wells and benefits from this are obvious. So far, the design is mostly traditional and expectable but it all changes in the back. That’s where 675LT is unique because it has this gorgeous LongTail airbrake that goes vertical when entering a corner to contribute to decreasing the vehicle’s speed and then levels off for reduced aerodynamic drag at the exit that results in better acceleration.

As it was mentioned above, the vehicle has the longer base and lower weight if compared with the previous generation of 650S. Specifically, it is 1.4 inches longer and weighs 220 pounds less. Clearly, a significant advancement and great work by McLaren. 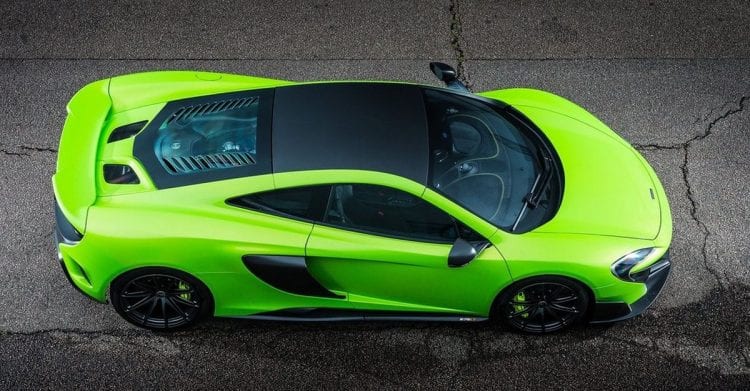 Inside the cabin, it becomes clear that the automaker had to sacrifice many features to reduce the weight and make the vehicle truly track-oriented. If you expect to find luxury, please don’t, because it is gone. Look for some other models if you do not like this pretty much Spartan setup. For example, the vehicle of this level does not offer the air conditioning as standard, which may be disappointing. The good news is that you can request the manufacturer to install it, along with other features but please change the luxury mindset when you think about 675LT.

The cabin’s layout is somewhat similar to P1, including some of the elements derivate from the hypercar. For example, the seats are clearly modified from that model and are now made of carbon-fiber and offer bucket design. Obviously, McLaren focused on performance rather on luxury, but thankfully, the comfort level was untouched. After all, race enthusiasts will need it on the track. 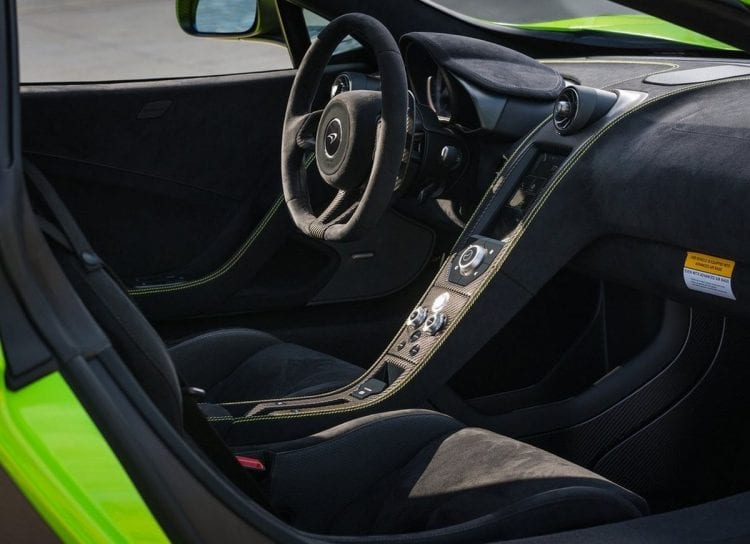 The effort to increase the performance of the vehicle by reducing weight is continued with the engine. The 2016 McLaren 675LT has a unit capable of producing 666 horsepower and 515 lb-ft of torque, which does not seem like a big step forward in comparison to the power output of the previous model, which had 641 hp under the hood. The same could be said about torque: the increase is just 16 lb-ft. This powertrain allows the vehicle to reach 60 miles per hour in just 2.9 seconds and 124 mph in an astonishing 7.9 seconds. According to the manufacturer, the top speed of this upgraded car is 205 miles per hour. 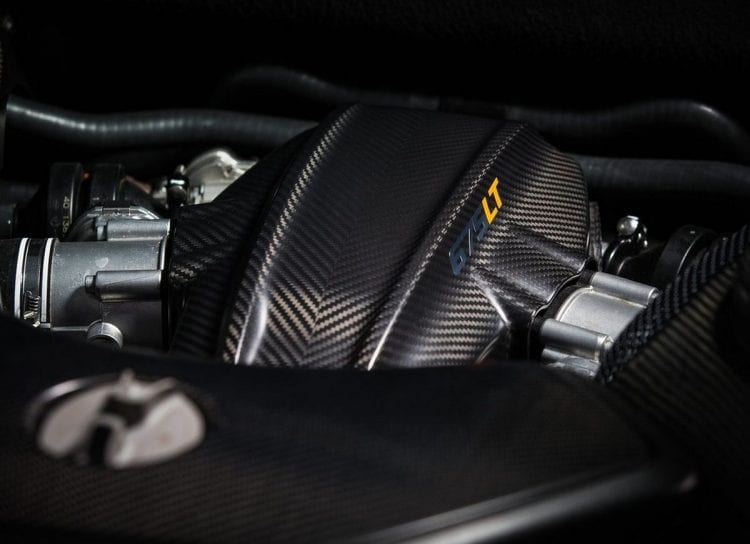 Interestingly, these top speed indicators are not that much different from the 650S. For example, the 60 miles per hour was reached for just a 0.1 second while the quarter mile run is done about 0.2 seconds quicker. It is interesting to note that the top speed is even lower in new model than it was the case with the predecessor. The reason for such performance of 675LT is unmistakably the significantly increased downforce which will help you out a lot on the track. There is logic to this. Where will you be able to achieve a top speed of 200+ mph? At this point, the British manufacturer offers only one gearbox option, a 7-speed dual clutch unit.

Putting the top speed aside, it is necessary to admit that even such a small performance increase is still nice. More than the half of the components of the engine are either completely new or redesigned, so McLaren is on its way to achieving even more impressive results. 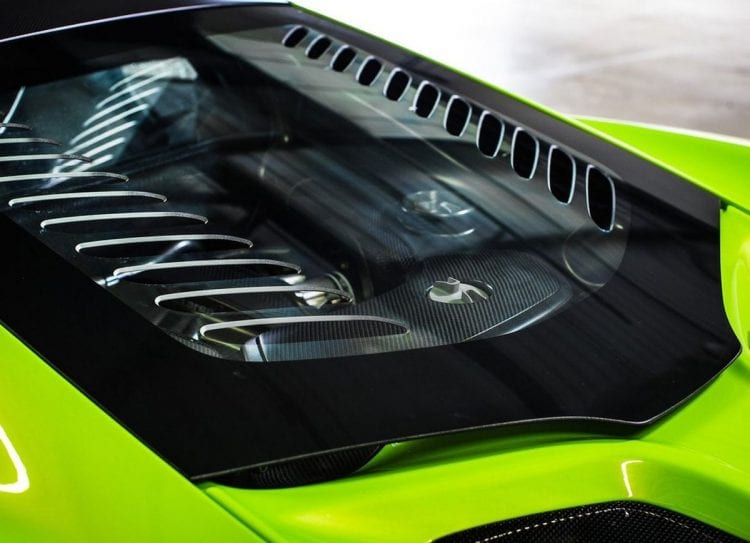 The 2016 McLaren 675LT was initially unveiled at the last year’s Geneva Motor Show, and the automaker announced that only 500 units would be made for sale. According to a recent company’s statement, all of them were already ordered and start from $349,500. Regarding additional packages, the customers had the option to order a Club Sport package that adds some features for racing, including four point harnesses titanium rollhoop and even fire extinguisher and costs about $7,700. Therefore, this pack not only helps the driver to gain an advantage on the track but also to pass the pits inspection.