The 570s is the car that can make you stop your 401k contributions and cut the spending on food, restaurants, iPhone, and cable television. Well, this vehicle has been officially named as the company’s least expensive and most ambiguous model today. This statement is indeed worth believing: just a decade ago, when you wanted to buy a supercar from McLaren that could reach 60 miles per hour in just 3 seconds, you had a little choice. In fact, you had only one option: the F1 model that started at one million dollars, which is pretty much unaffordable for most customers and even you decided to get one it was almost impossible since it was a low volume model. However, with the release of 570s at the New York Auto Show last year, everything changed as it costs just about $184,900. This price is indeed unprecedented because now you can own a true supercar for less than $200,000 and not just any supercar, but McLaren. 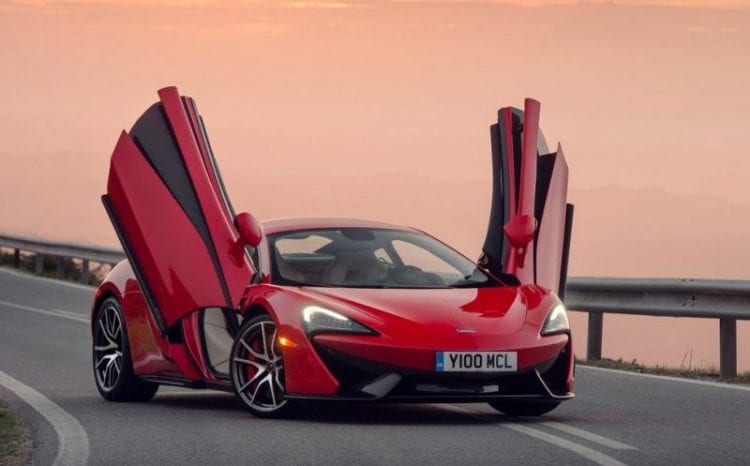 Set to launch in the second quarter of this year, this model is the first in the company’s so-called ‘entry-level’ supercars, combined in the Sports Series. If you are unfamiliar with the McLaren’s hierarchy, here is the explanation: the top is the Super Series, which includes the 650S Coupe and Spider and 675LT and the second is the Ultimate Series that consist of P1 GTR and hybrid P1. The Sports Series are positioned below these two classes.

At this point, it is clear that McLaren is attempting to get more customers and reach more markets by making much more affordable but nevertheless equally capable supercar. According to the company’s statement, 570S is not designed to be a race car but a car that could be used every day, which makes it more practical and usable than any other McLaren model in history. Moreover, the 570S carries the mission of increasing the sale volumes in the next years: specifically, the manufacturer intends to enhance its production up to 3400 vehicles by 2017 and 4000 vehicles every year after. Therefore, 570S is an important car for McLaren, so should be very likable and powerful enough for most customers of this supercar company. 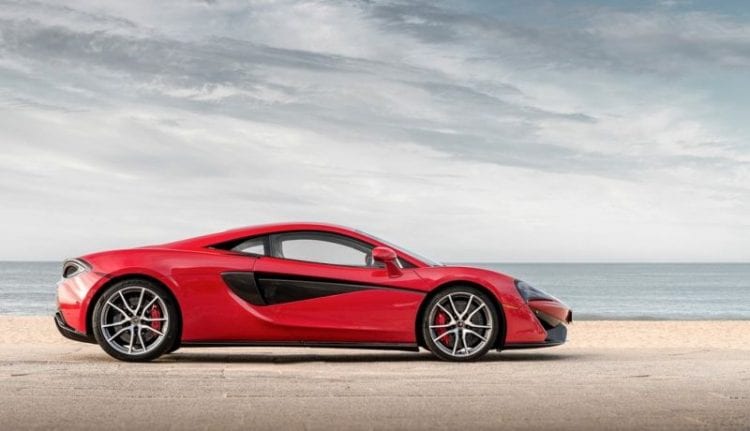 Is it powerful enough?

Undoubtedly, the segment of supercars, regardless of their price, requires any vehicle to be fast and aggressive. To meet these requirements, 570S comes packed with 3.8-liter; twin turbocharged and intercooler DOHC V-8 engine with port fuel injection and aluminum block and heads. The performance of this unit is more likely to keep 570S in the game for a sufficient period of time: it develops an impressive 562 horsepower at 7,400 rpm and 443 lb-ft. Just like the one-million F1 model, it is capable of reaching 60 miles per hour in just 3.1 seconds and 100 miles per hour in 6.3 seconds (only it comes as a much cheaper option!).

This engine is paired with the seven-speed dual-clutch automatic transmission, which has been described as fast and efficient by most reviewers. The top speed of the model is estimated at an equally impressive 204 miles per hour, which places it into the segment of supercars despite the price tag. The fuel efficiency of the engine was reported to be 16/23 mpg city/highway even this will not be something you will worry about if you get your hands on one of these.

Thus model allows the driver to select between three drive modes: Normal, Sport, and Track on the panel just below the central touch screen. While the first two respective modes are quite soundless and provide a firm driving, Track brings more noise, and the ride is even firmer. This performance is provided by the laser accurate hydraulic steering and sport-oriented gearbox.

So, yes, it is powerful enough. 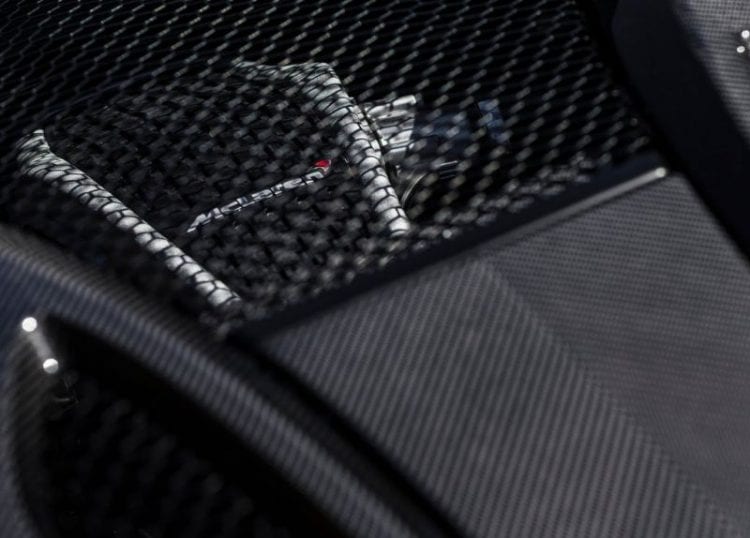 Is it likable? Exterior design

The design of McLaren maintained the brand’s core DNA, not just regarding the engine but exterior design as well. The front end of the model was clearly inspired by more expensive P1 because it features the same ‘designed by air’ fascia with rounded nose and aero blades below the front bumper. The company’s design traditions can also be seen in the model’s iconic dihedral doors that use a ‘floating tendon’ to divide the flow of air, directing it into the side intakes. These elements do not only make the vehicle look aggressive and striking but also significantly minimize drag and optimize the cooling and downforce. 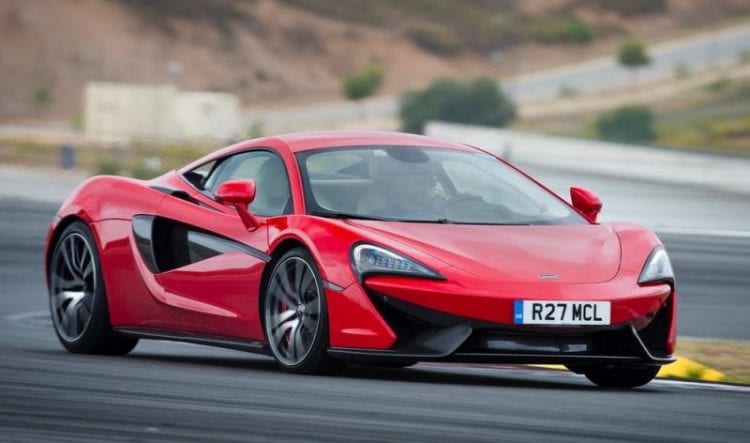 However, 570S received some unique elements to keep it more distinct among other models in McLaren lineup. Specifically, it received a single rear segment, where the flying buttresses and the teardrop-shaped rear glass are placed to move the air across the deck, thus increasing downforce and improving heat extraction. Also, the vehicle has been equipped with disproportionally large taillights, which contribute to the look of a true race car. Having seen the exterior of 570S, one can quickly fall in love with it because it is beautiful and efficient; everything is placed in order to improve performances. 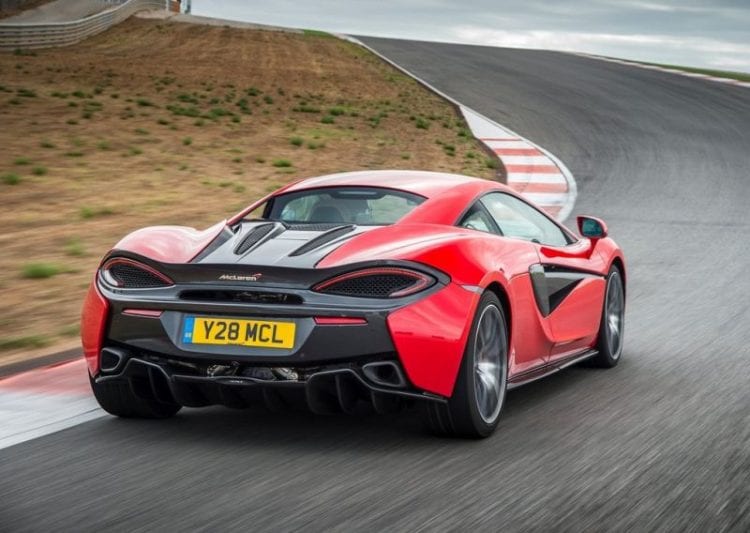 Just like any other McLaren interior, 570S received the one that is concentrated on the functionality and visibility; everything is driver oriented and places you in perfect position. However, it also has more room than the previous models (up to 150 liters of cargo space) and the new infotainment system that features a 7-inch touchscreen display and redesigned digital instrument cluster. According to the manufacturer, 570S has the most intelligent and ergonomic design of the cabin used in any company’s model ever. It is good because the competitors of this ‘entry model’ are Porsche 911 and Audi R8 that are cheaper in some cases. 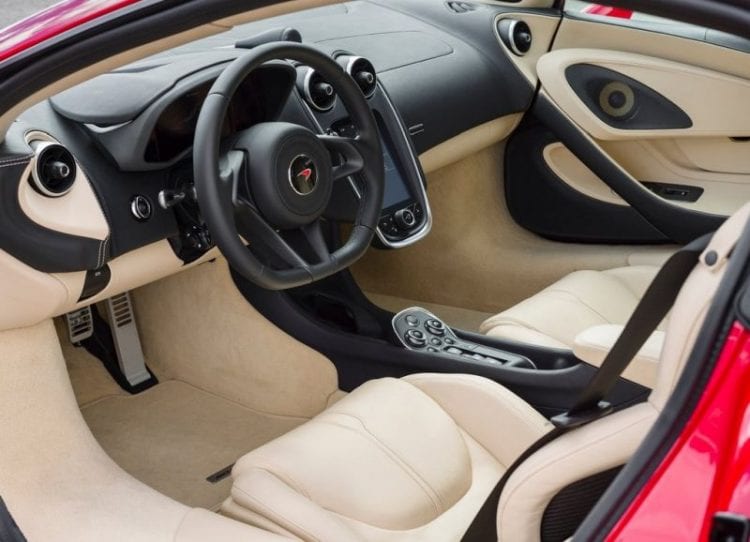 The interior can be equipped with a decent number of features, including leather-wrapped seats, and leather-trimmed dashboard and steering wheel. Furthermore, we have integrated climate control, satellite radio, Bluetooth connectivity, rearview camera, dual-zone air conditioning, four to twelve speaker system, and much more. Also, the company offers a great deal of customization options for the customers of 570S, including Nappa leather, various paint colors and carbon-fiber accents for you to select.

So yes, it is very likable. 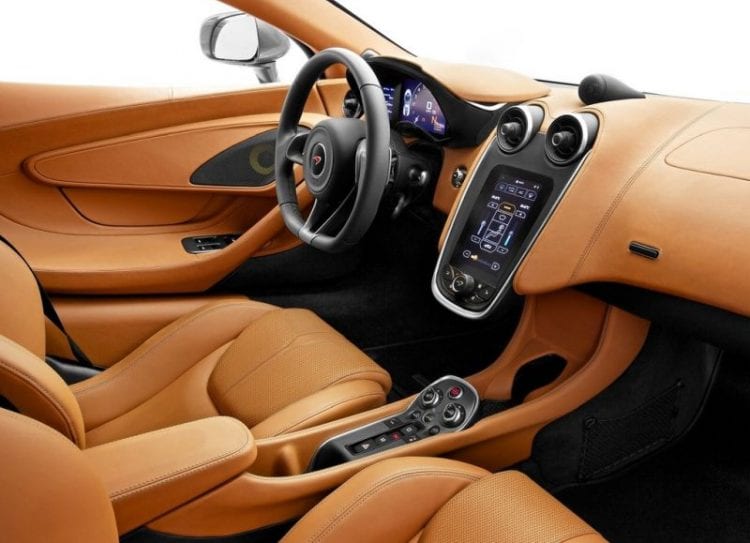 Has McLaren succeeded in its mission to provide a relatively cheap supercar that shares the performance of many expensive counterparts? The answer is a definite yes. The company designed a pure sports car that can be used on the streets and track, has beautiful iconic design and will certainly paste a smile and happiness on its owner. It is both powerful enough and likable, so we think it is a big success.