Despite having the looks to die for, the MAZDA6 never really sold in the massive amounts as competitors in the segment such as the Toyota Camry, Honda Accord and Ford Fusion (Mondeo) did. The refreshed 2016 MAZDA6 aims to change that, however, so let’s delve deeper into what exactly is new and whether this new car makes a better selling point than the last one.

For starters, the Grand Touring version gets a redesigned front as well as rear, with the front even offering new LED headlights which are a big improvement over the old xenon ones, both in terms of style and looks but in safety too. There’s also a bigger 7-inch display on nearly all trims apart from the base Sport which uses the manual transmission. The transmission gets a sports mode and there’s an electronic brake as standard too. 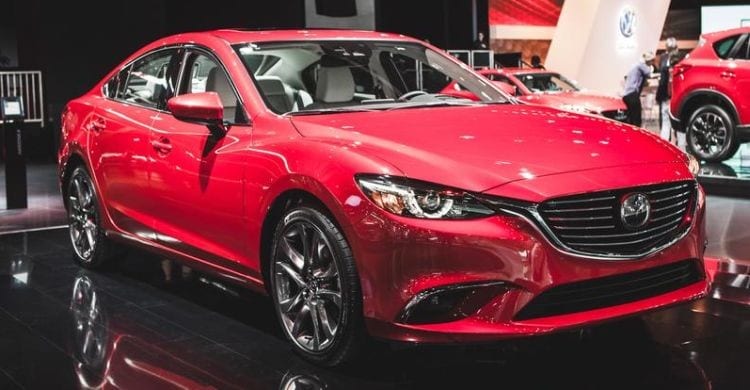 Let’s start with this car’s strong side which happens to be the biggest selling point for the MAZDA6. It’s looks. The MAZDA6 has always been a class or two above all of its competitors, at least, looks wise. There is no other sedan on sale that’s even half as good looking as the Mazda is. Most offer a few styling cues here and there for sure, but the Mazda is just incredible to look at. You can not feel drawn in by the futuristic design and its smooth curves. Looks wise, no other car can touch it, and we’re including even more expensive ones.

The new car for 2016 continues the same trend. It has a reshaped grille similar to the one found on the CX5 and CX-3 models, narrow LED headlights as well as understatedly aggressive LED taillights. Even the new grille has an LED light on the bottom, giving the car a very controlling and strong posture. It’s something that you certainly won’t see on any other affordable mid-sized sedan in anytime soon that’s for sure.

So that’s the outside covered, but what about the inside? Well, where do we begin really? The dash has been redesigned and now looks even more up-market, the dark cheap-feeling materials have been replaced with good high-quality ones that offer a nice surface for you to rest your hands on. Speaking of surfaces, everything you touch and see feels and looks exceptionally expensive, and that’s because the inside of this model is, in fact, much nicer than the outgoing one. It’s now up there with the competitors and even surpasses some of them. This segment might not bring the overall advantage over the competition but we are glad to see upgrades and hope that future models will progress further. 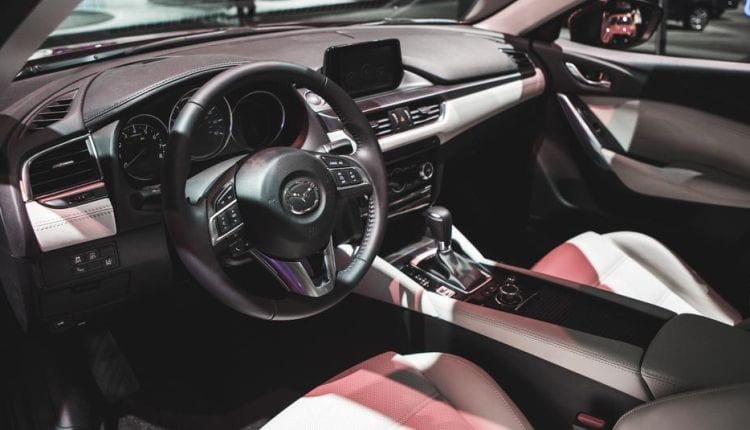 There’s seating for 5, and all of the seats are super comfortable and supportive, not to mention pleasing to the touch. Even the back part has been carefully designed and a lot of emphases has been put into the smallest details like the stitching and buttons. There’s more than enough room for 5 adults in the car, and the people sitting in the second row of seats don’t have to be squashed together to fit 3 of them either. 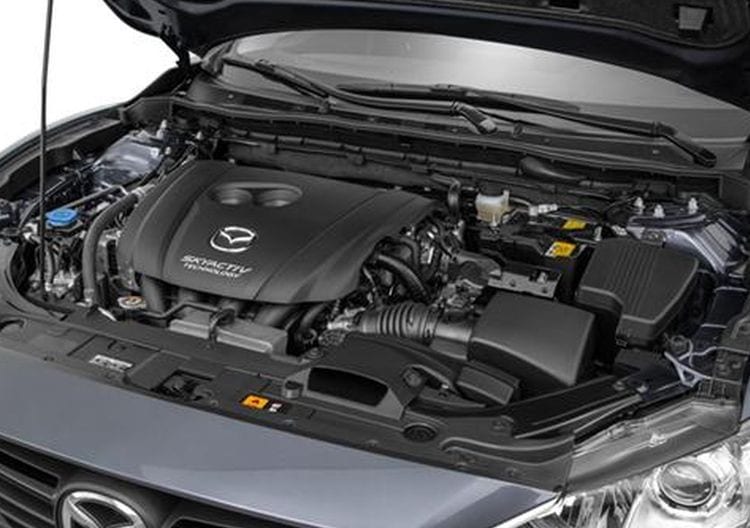 Now we come to Achilles heel and the biggest drawback here, the engine choices. This car has always been found lacking just a bit in the engine department, and sadly that hasn’t been addressed with the 2016 model. The 184 horsepower and 185 lb-ft of torque developed by Mazda’s 2.5-liter four-cylinder are sent to the front wheels only. The engine is by no means bad, in fact, it’s standard across Mazda’s line-up and is a very reliable engine, but it’s just missing a bit of oomph. In the SUV models this may be more acceptable but in a sedan advertised as being sporty, it really isn’t.

Performance is what you’d call adequate with 7.6 seconds needed to get from 0 to 60. The manual was naturally a bit behind at 8.1 seconds needed to complete the same task. This may be good for a four-cylinder sedan, but not for one that’s supposed to be sporty. It leaves the enthusiasts wishing for a V6 engine option or something with a turbocharger. Mazda if you’re reading, make it happen, please.

Thankfully the car redeems itself where it has always shined brightest, its handling characteristics. Curb weight is just 3200 pounds making it even agiler. This gives a better weight transfer and change of direction in tight corners but also faster straight-line performance, something that has always been missing from the MAZDA6.

To get decent performance out of the car you’ll really have to rev the engine hard, but it’s not an issue since it really doesn’t complain and is more than willing to do so. The transmission options are excellent in aiding you with this while both the manual and automatic feel sporty and responsive. The automatic even has driver-selectable modes, which is a nice addition to a sporty sedan.

The transmission may be a decent partner, but it’s the suspension that’s doing all of the work. It manages to be sporty and stiff especially when canyon carving or just going out for a fun drive, and comfortable as well as compliant at the same time. It’s not something that can easily be explained, one has to try it to understand what it really means because there’s nothing like it.

As you’d expect in such a technology packed car, the 2016 Mazda MAZDA6 is cramped with every possible safety system. There are ABS brakes, stability control, traction control, front-seat side airbags, side curtain airbags and front head restraints. Nearly all models (except the manual Sports model) have a standard rearview camera and a very sophisticated automatic emergency notification. 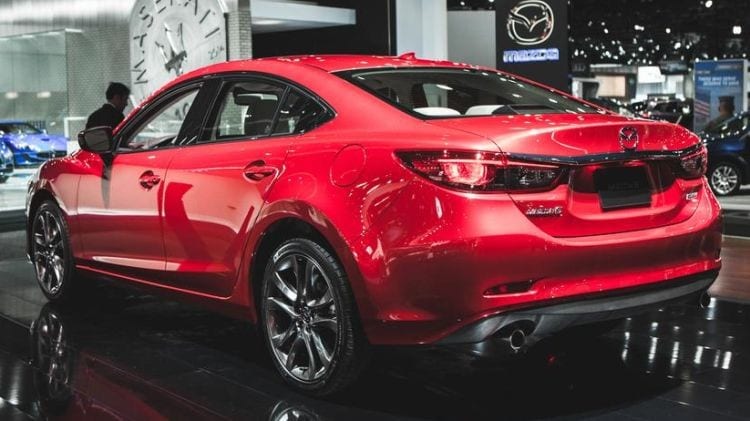 Let’s talk trim levels. On offer, there’s Sport, Touring, and Grand Touring. Each one brings something more to the table with the Grand Touring offering everything from the other trim levels plus some additional options. Here’s what you need to know. The biggest difference between the Touring and the Sport is the addition of dual-zone climate control, 19-inch alloy wheels, keyless ignition and blind spot monitoring. The Grand Touring further enhances the Touring trim with LED foglights, a navigation system, heads-up display, paddle shifters, leather seats and better 19-inch wheels.

The MAZDA6 is an excellent value for money. It offers incredible styling, certainly the best in its class, more than enough performance from the 2.5-liter four-cylinder, a great interior, lots of safety and infotainment features and returns 29 and 31 mpg for the manual and automatic respectively. Base prices start at around $21.000. If you enjoy sportier driving but still need a good looking sedan, this is the perfect car for you.