As Mazda would like to put it this way – the new 2016 Mazda CX-9 might not have the horsepower of a premium sports car, but it more than makes up for it by improved fuel efficiency. Rather than focusing on infusing features that look impressive on the specifications list, the Japanese manufacturer has built this model around the concept of a family-oriented SUV that offers good driving experience and excellent fuel economy.

This second generation car has improved upon its predecessor in a lot of ways and it doesn’t come as a surprise that the company has now adopted a rather aggressive marketing strategy to reach out to potential customers. 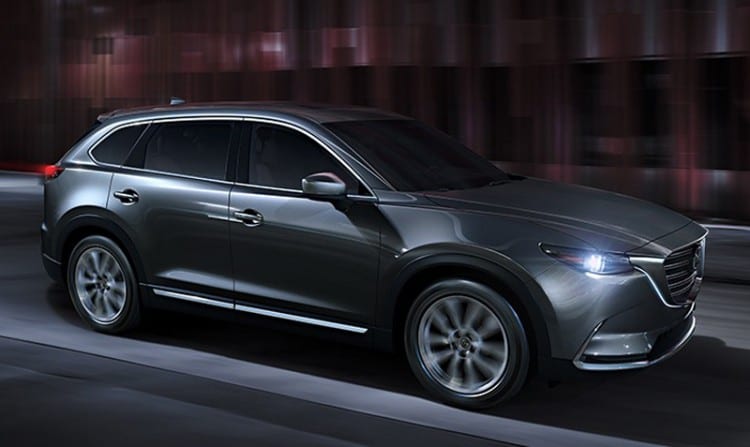 The main selling feature of this three-row crossover is the unique KODO design language, which makes it look more attractive than before in a whole lot of ways. The new CX-9 looks as if it has been inspired by a tall wagon because of its long hood and shorter overall length.

Despite the naysayers being critical as always, this model has plenty to offer to both casual riders and Crossover enthusiasts who want off-roading capability as well.

Enough talk about how the car looks; let’s get into the details of engine and performance. Under the hood of 2016 Mazda CX-9, you’ll find a 2.5 L 4-cylinder Skyactiv engine that now comes with turbocharger allowing it to produce an impressive 227 hp and around 310 lb-ft of torque.

Now, you may be wondering why we consider this engine impressive if it falls flat out short when compared to the rivals? Compromising on horsepower, Mazda has made remarkable strides in making this model highly fuel-efficient as it can go up to 20 mpg on city streets and 28 mpg on Highway; this is of course on the all-wheel drive version. The front wheel version, on the other hand, is even better and can squeeze out around 21 mpg on city and 29 mpg on Highway. 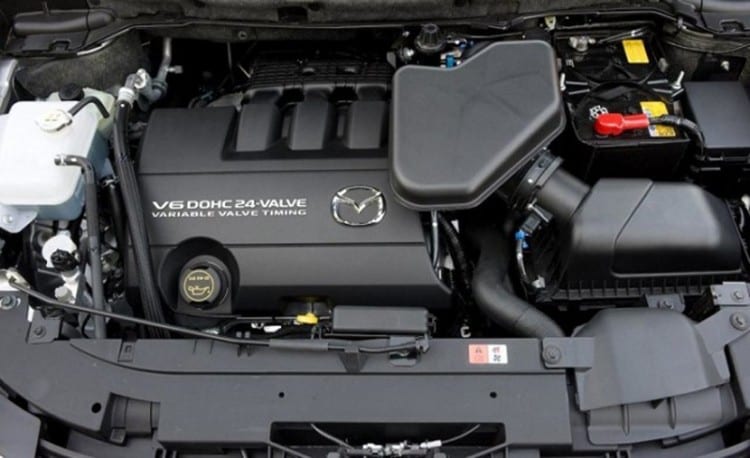 The efficiency of fuel economy can be attributed to lower curb weights, which Mazda claims, is down to 300 pounds in AWD and 200 pounds in FWD version. The engine will be mated to a six-speed automatic transmission regardless of your choice in the drivetrain.

A new feature, what Mazda likes to call “Dynamic Pressure Turbo” is something that is highly impressive. This technology allows air to reach the turbine through a narrower path, thus increasing the pressure that is responsible for faster spooling of the turbo. Since the engine reaches its full capacity at 2000 rpm, above 1700 rpm this engine delivers enough pressure to its turbines to make the valve open.

What’s new in this version?

The new CX-9 will likely be available in three trim variants- Sport, Touring, and Grand Touring. A Signature Edition will also turn up later with even more luxurious features such as aluminum accents, Napa leather in its cabin and rosewood trim for decoration.

Moving inside of the car, you will find a 7-inch infotainment display system that is offered as standard; an 8-inch variant is also available as an option. The first impression of the cabin, however, can appear to be a bit messy to some because of sparse changes in the decorative theme and influence of metal and real wood finishes. 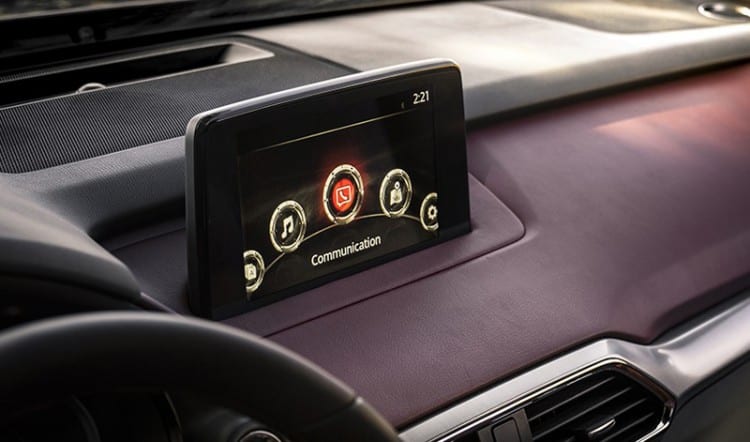 Some other features include smartphone integration through ‘Mazda Connect’, which also allows you to stream audio, connect via Bluetooth, and use voice commands. As far as entertainment is concerned, the passengers will be greeted by a high-quality 12-speaker audio system by Bose while in the front and second row, there are 2 USB ports each to keep more than one device connected.

The HUD projects information such as directions for navigation or settings for Cruise control into the lower part of the windshield allowing the driver always to stay concentrated on the road ahead.

This car can accommodate all passengers comfortably with enough head/legroom; however, the last row is best kept reserved for little kids. Mazda’s meticulous perspective on user accessibility becomes clearly apparent if you just take a look at the single lever release system for the second row, which has been designed to be easy enough to let even a child use it alone. 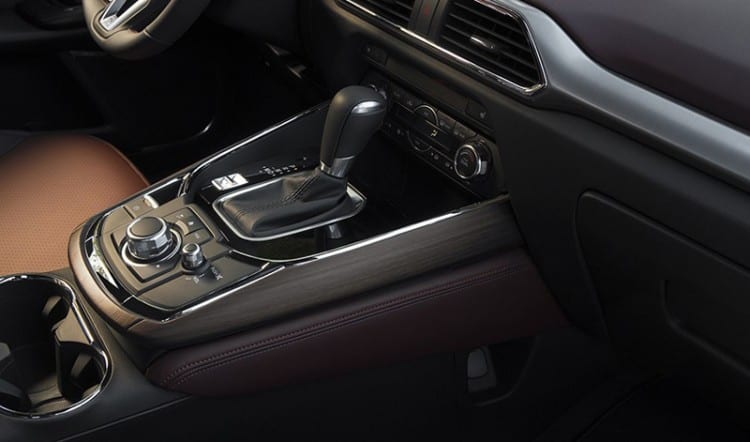 The 2016 Mazda CX-9 is a majorly redesigned model that is significantly different from its predecessor and is capable of carrying seven passengers. The company started out with a clean slate and were open to new ideas to make this car dramatically different visually.

Apart from having a 2.2 inch longer wheelbase, this model should weigh less by a maximum of 287 pounds, which works as a fuel economy enhancing factor of this family ride. The CX-9 is longer than its rivals, Toyota Highlander, and Honda Pilot despite being 1.2 inches shorter in length than its previous generation variant.

The CX-9 is visually impressive as all other models from Mazda, and it comes with few tweaks and changes in various body parts. The front fascia has been modified by the elongated hood combined with the traditional trapezoidal grille, which was always the headliner in many releases. LED lights will be fixed on both front and rear, and buyers will get a choice of 18-inch or 20-inch wheels.

According to details revealed by the company, you’ll be able to take the 2016 Mazda CX-9 for a spin sometime in July 2016. Prices will go up, there is no doubt about it, and we are pretty sure that it will go slightly over $30,000. Since there are multiple trim levels on offer, according to latest reports, you can expect to have to shell out an amount between $32,420 for a base model and $44,915 if you decide to take top trim Signature version. The flagship variant will obviously come with many additional features that are missing from the base version and hence.

Regardless of your choice in trim, expect to face stiff competition coming from upcoming models like Honda Pilot, Toyota Highlander, Nissan Pathfinder, etc. The rivalry would be interesting to see because all the brands are gearing up for the grand launches. Keep visiting this section to know more about this vehicle as we get closer to its release date.