With the enormous popularity in luxury vehicles segment in general, it’s no surprise that most of the luxury manufacturers are announcing higher sale figures. Lincoln isn’t an exception to this trend. With such a demand for luxury SUV’s, parent company Ford announced it is planning to triple the sale figures of Lincoln by 2020. Well, that’s the plan anyway. The current plan is to expand the brand in China, in hopes of even better sale figures than they currently have. The MKC and MKZ are already top sellers, but now the real thing comes, the one Lincoln is banking on to make the most profit, the new MKX crossover.

Large luxury SUVs are great, but the problem is they sell in really small numbers. It’s not just with luxury vehicles either. Even normal cars sell more when they’re about average size, rather than large. We’ve seen this with the Q5 and the Q7, the X3 and the X5 and even the GLK vs. GL. We first saw the MKX back in 2014 at the Beijing Auto Show, but that was merely a concept. Lots of people began wondering if the production-ready vehicle would be similar to the introduced model and thankfully, it was. Of course, it did have some toned down aspects like every production car but for the most part, it stayed true to the concept. 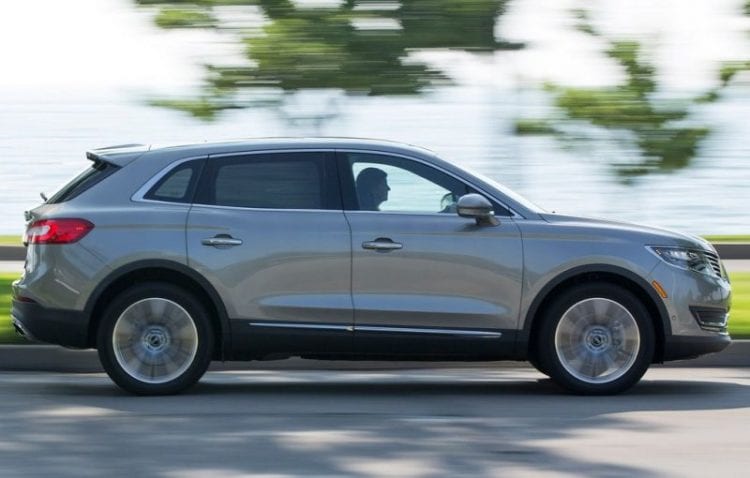 The exterior is the most striking feature of the MKX, and we will start from there. It’s a far cry from the previous MKX. The old one was outdated and bland even when it came out. This new one is anything but; a significant improvement. Even at first glance, it’s undoubtedly a Lincoln. The exterior styling follows current design vision, something that’s visible in most of their other models. It’s a handsome looking brute.

The new corporate look has been adopted by the MKX, and that means there’s the split-wing grille much like in other Lincolns (something we’re not a massive fan of), blade-like sharp headlights and a profile look which is just to die for. The front is unique if not gorgeous, so full points to Lincoln for an appearance there. Although we do have to say, night time brings out the mean and aggressive look that’s coupled with a large dose of elegance, something not that visible in daylight when the LEDs can’t shine to reveal the full potential. 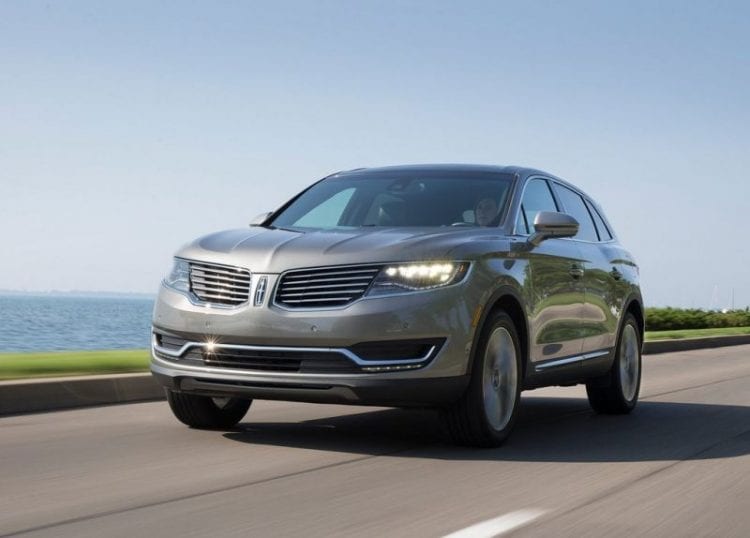 The profile look is our favorite without a question or doubt. The relatively short overhangs coupled with the massive looking wheels are killer. The waistline is high, making it appears bigger than it is. It disappears in the middle of the doors, only showing at the front and rear fenders. The roofline at the back slopes down aggressively, and the top spoiler just adds to the entire look. The back sees bigger exhaust tips in a rectangular shape, also something you wouldn’t normally find on a Lincoln. If this is how the brand keeps evolving, sign us up. 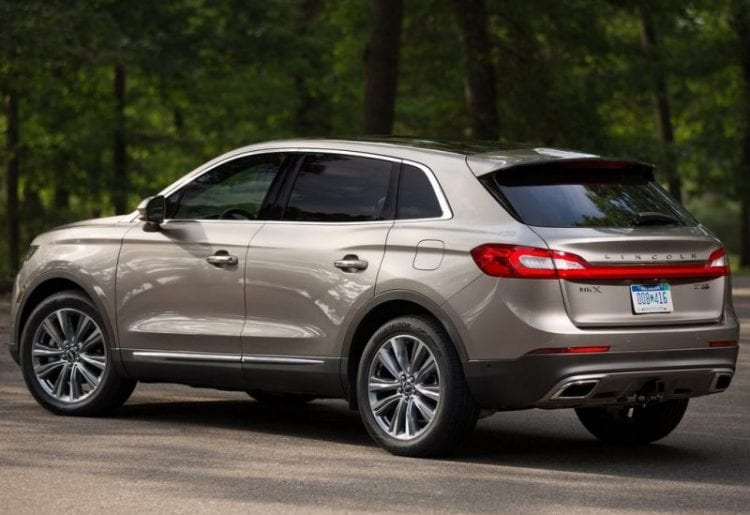 The interior follows the exterior’s elegant and luxurious appearance. The soft surfaces are pleasant to the touch but are nice to look at as well. You can immediately notice the quality. You don’t even need anyone to tell you that this is premium level. There are virtually no hard or even remotely mediocre plastics. Even the ones that are there to keep costs down are of the higher variety, effectively making it hard to tell what’s been done on a budget. 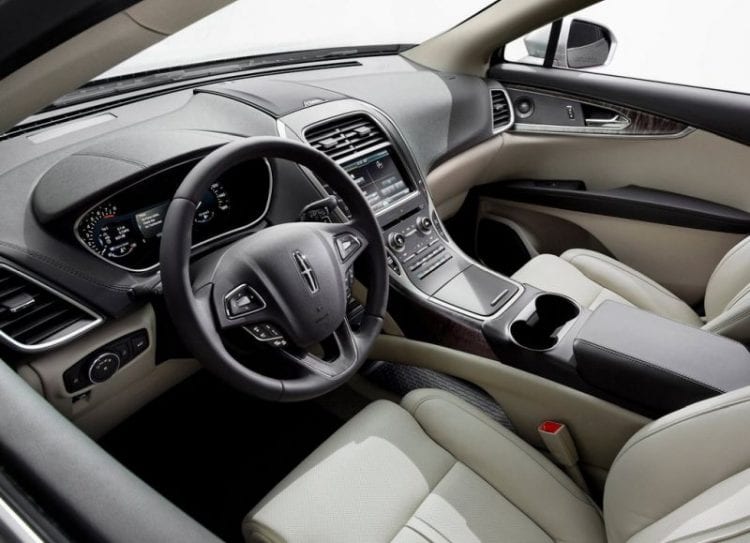 The worse part of the interior is the interface. We know we said they changed the MyLincoln with the new Sync 3, but early 2016 models still had the MyLincoln Touch interface because of production reasons, making it a lot worse than the cars fitted with the new version. It’s not catastrophically bad, but if you bought a 2016 MKX with the old system when you could have had it with the new just a few months later, we feel for you. The problem lies in the user-friendliness of the MyLincoln, not its design or lack of options. The learning curve is frustratingly steep. Couple this with the fact the system can sometimes be slow to respond and you have an overall poor system.

The 2016 MKX is a bit longer and wider, giving its occupants, even more, room than its predecessor. Unlike most of its competition, the MKX can sit three adults in the back row, a special quality to have in this segment. There’re 37.2 cubic feet of cargo room behind the second row, and that figure rises to 68.8 cubic feet if you fold the seats down. These are all above average numbers. 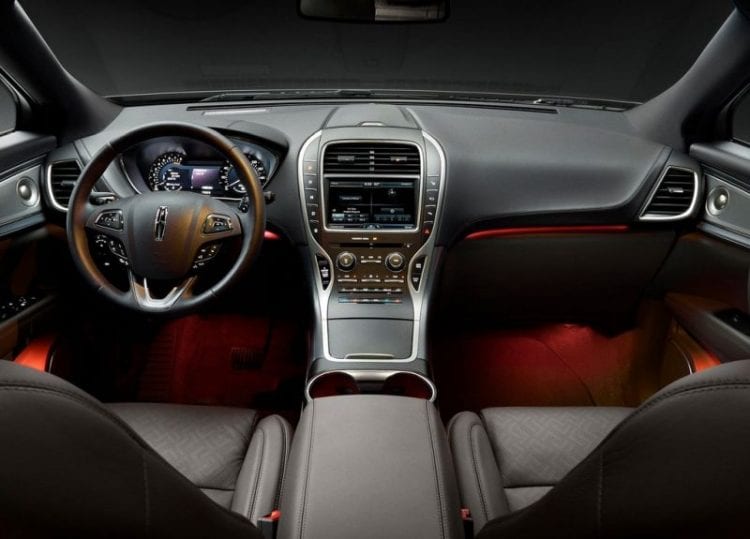 The base MKX gets a 3.7-liter V6 developing 303 horsepower and 278 lb-ft of torque. It’s mated to a six-speed automatic gearbox, and it brings front-wheel drive in its standard form. You can opt for an all-wheel drive system, but it’s at an extra cost. If properly equipped the 2016 MKX is capable of towing 3,500 pounds as its maximum limit that is enough for smaller trailers and similar but not much more.

The second option is a new 2.7-liter turbocharged V6 which produces 335 horsepower and 380 pound-feet of torque. It’s got the same automatic transmission and both front and all-wheel drive configurations. It’s noticeably meatier than the 3.7-liter, despite lacking one liter in displacement. As such, the 2.7 unit can reach 60 miles per hour in just 6.2 seconds with the AWD system. It’s around average for its size and power but still impressive. 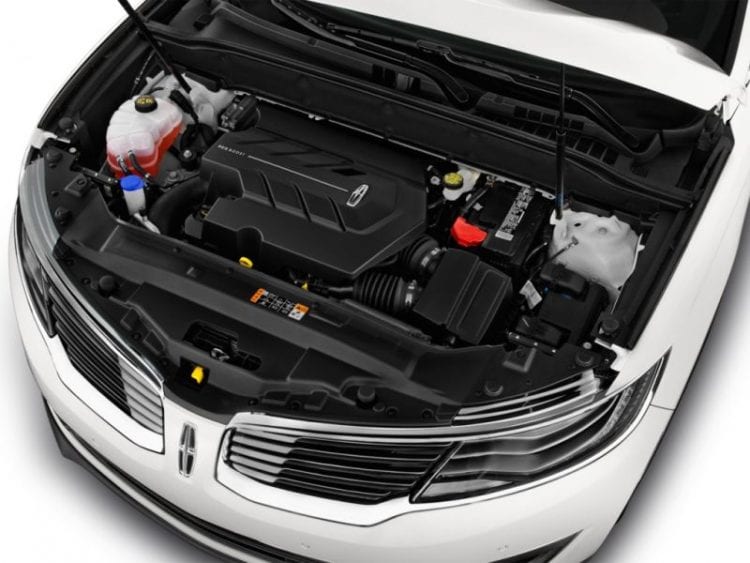 The base engine returns 20 miles per gallon on the combined run in front-wheel drive guise and 19 mpg if fitted with the all-wheel drive system. The more powerful turbocharged 2.7 manages to return 21 miles per gallon on the same combined run with a front-wheel drive and 19 mpg with the AWD system in place. When we take this and performances into consideration, it is obvious that we strongly recommend the more powerful option. Better performances and similar or even better fuel economy.

We can’t state how much we like the new MKX enough. It’s the same car we know and love, but the introduction of the Sync 3 just made it that much better. Prices start at $38,260 for Premiere trim if you’re interested, and now we’re deep enough into production that there are no more MyLincoln units being produced. For those that want more equipment, there are Select and Reserve models with a price tag of $41,550 and $45,315.