Lincoln is a brand which has seen some real struggle in the previous decade. They have faced bankruptcy several times and each time emerged victoriously. All of that does come at a cost, however. Reinventing yourself and your models is never an easy task, and it’s especially difficult if the brand in question is a 100-year-old company with lots of heritage and history behind it. The beginning of the new millennium proved challenging for Lincoln, with most of its customers fleeing to other rival manufacturers. Ever since 2008 however, they have been on a roll. The face to face encounter with the bankruptcy chopping block saw some major changes in the company and ones that ultimately led to them making top-class vehicles once again. One pof those certainly is 2016 Lincoln MKC.

The aim is very clear: bring in more customers and get a lot of younger people interested in the brand. Obviously, attracting a younger buyer isn’t exactly easy. Young people are not exactly interested in understated contemporary designs, something Lincoln was previously used to doing. Now, the mentioned changes did include a fresher and more up-to-date design on all of their vehicles, but the most important one was perhaps the MKC. The compact crossover segment is currently one of the busiest markets and standing out isn’t exactly easy, but it seems that this carmaker has a lot to offer here.

We first saw the MKC in concept form in 2013 at the Detroit Auto Show, and we were quite interested in it. The production version hit dealers a year later but was mostly true to the concept, with toned down lines and features of course. In 2014 the MKC sold in over 13,000 units with that number increasing to 25,000 in 2015. This instantly made it Lincoln’s third best-selling model. Lincoln’s statistics say 60 percent of MKC buyers are women, making it extremely popular. The one drawback? The MKC is a luxurious version of Ford Escape. This opens up the question: is the MKC going to be able to survive in such a cut-throat segment and with such a direct competitor?

Well, if the styling is any indicator then we’re entitled to say yes. The MKC can mix a muscular, strong design with elegant and flowing lines. We’re not ashamed we like the design of it as it really is a handsome looking beast. Some of the design features are extracted from the second-gen MKZ in 2012. As far as the looks go, this is a bold one. 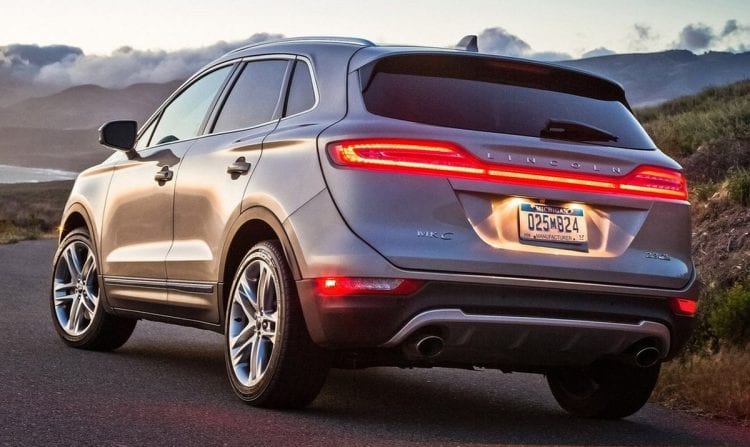 The final production version is remarkably similar to the concept car seen in 2013. The biggest differences are obviously the conventional door handles, the smoother lines, more rounded exhaust tips and even better taillight graphics. The front of the 2016 Lincoln MKC is true to the concept with a large split-wing grille, light strips on the lower bumper and extremely sharp and distinctive headlights.

There will be those who compare 2016 Lincoln MKC to the Ford Escape but in all honesty, it’s such a different car that you can’t put them together. One is in an entirely different price bracket to the other, and for good reasons. The MKC may be based on the Escape, but the materials and details found on the MKC are miles ahead of those on the Ford. Besides, the Escape is a much more mainstream looking vehicle, whereas the MKC is built to stand out from the get go. 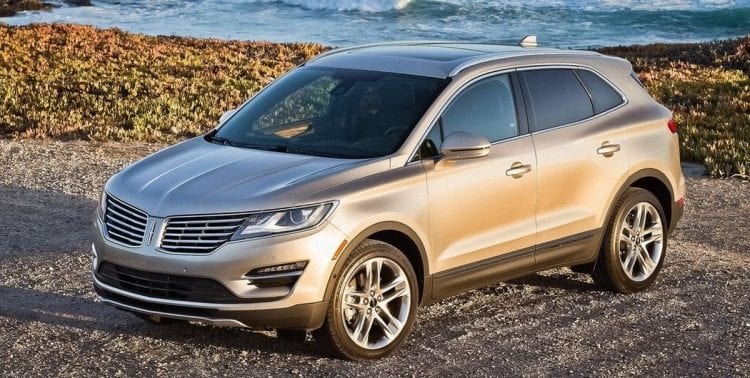 It’s a styling designed to attract, and what we could hear so far they are doing it right. It’s bold, but it isn’t too cluttered. Simple but not too much, just the right amount of everything. One of our favorite features is the panoramic Vista Roof, which is all glass by the way. It gives an excellent view of the sky for both front and second-row passengers.

If things get hot, it does have a sunshade to protect the occupants from high temperatures and the brightness. Oh, and did we mention that the entire car lights up as you approach it? The whole ground around the doors will start lighting up once you get within eight feet of the car and even the headlights, taillights and door handles will begin to glow as you start approaching it. How cool is that? This being Lincoln, you can bet a lot of effort has gone into designing the interior. And you’d be right. It isn’t just a nice place to be for a crossover; it is comparable to high-level luxury sedans and anything that is offered to indulge. The design, as good as it is, is overshadowed by the materials used and the different surfaces and colors filling up the cabin. Even the plastics on the dashboard and the center console feel nice; they just seem to belong there, and it all fits together extremely nicely. 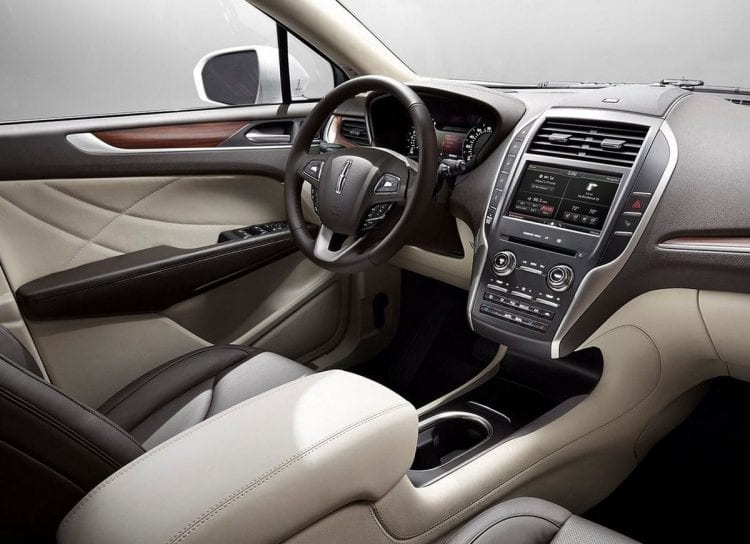 Lincoln claims that 2016 Lincoln MKC is one of the quietest and most refined crossovers and having driven it; we’re entitled to believe them. There’s virtually no road and engine noise at lower speeds, and wind speed only comes into play at higher speeds, something you won’t and shouldn’t be doing anyway. This is thanks in part to the excellent isolation but also thanks to the sound-cancelling technology. Yes, you guessed it, the MKC is filled with every imaginable technology.

From a THX-II audio system to Travel Link services, this Lincoln has it all. 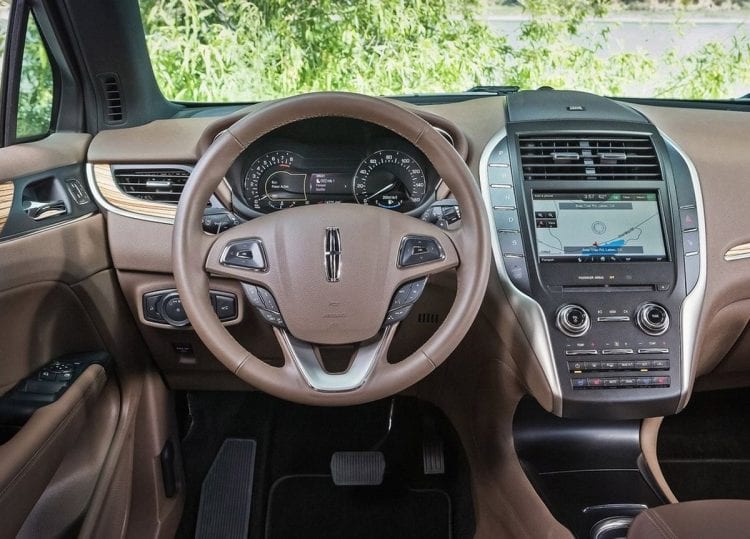 The hood hides a quite potent 2.0-liter four-cylinder Ecoboost engine. It develops 240 hp and 270 lb-ft pounds of torque. The power figure is nice, but it’s that torque one that’s the real winner here. It moves the MKC at an unbelievable pace, and you will be able to tackle any hill with ease. The surge comes early in the rev range and stays until the higher end. It’s a really strong kick in the seat. It may be a crossover, but boy does it accelerate. 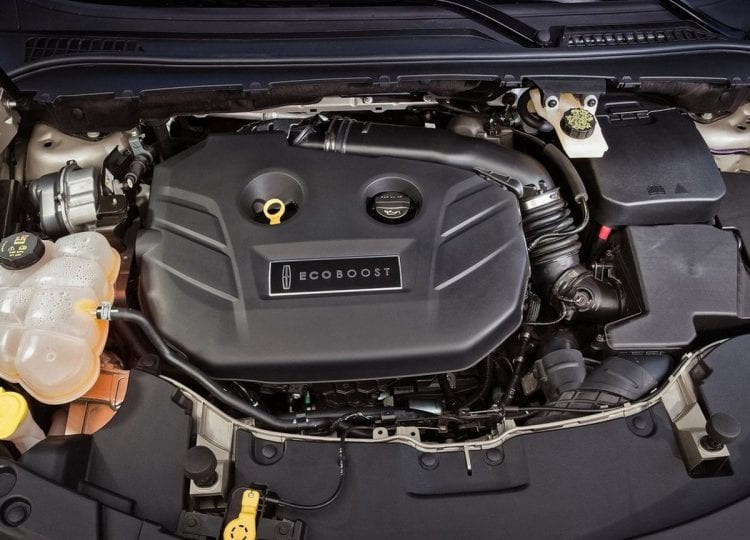 2016 Lincoln MKC is a little pricey at $33,260 for base Premiere, but if you can afford it, go for it. You won’t be disappointed. There are three more trims so you can choose from Select, Reserve and Black Label version that cost $37,090, $40,460 and $46,455 respectively. This is a modern-day Lincoln interpretation that has stayed true to its classic, luxurious roots.