The 2016 Range Rover gets a diesel engine and a supercharged V8 with 550 hp as well. The latter being unique to the flagship SV Autobiography Range Rover of course. Elsewhere, Land Rover has managed to squeeze an extra 40 hp out of the supercharged V6 for the HSE trim Range Rover. The remaining features are a brand new All-Terrain Progress Control, which is some fancy words for a system which is cruise control for off-roading, a hands-free tailgate, smartphone integration and an enhanced infotainment interface. There’s also air suspension which can raise or lower the vehicle, making access easier.

The 2016 Land Rover Range Rover retains its classic styling and iconic off-road capabilities wrapped in extreme luxury. That’s the best part of the Range Rover, and it always has been. It’s not just a show car, it’s fully functionally and does its intended purpose better than almost any other car. The Range Rover has been built to be able to tackle some of the toughest terrains known to man, and it can do that, and a lot more. This isn’t just a marketing trick; the Range Rover is that capable. The addition of the new Progress Control system just made it that much better.

The Range Rover is a large five-seater luxury SUV, which comes in a variety of trims. Namely, five and they are Base, HSE, Supercharged, Autobiography and SV Autobiography. As standard, it comes as a five-seater although the executive class seating is optional and it brings space for just four passengers with a maximum level of comfort. It’s only available on the two top Autobiography trims with the SV having it as standard. 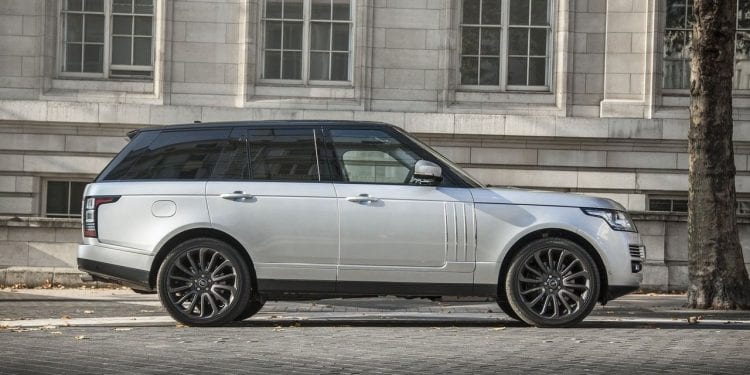 The Base model is only delivered as a short wheelbase car while the top of the line SV Autobiography only as long wheelbase. The models in between (HSE, Supercharged, and Autobiography) come in both SWB and LWB guises. Although the 7.3 extra inches the LWB models offer is nice, it’s not just about space. Apart from more legroom you also get power window sunshades for the rear and rear door pockets, a much longer panoramic sunroof with accompanying passenger sunblind control and a few visual changes.

The Base model has 19-inch wheels (20-inch ones are optional), adjustable air suspension, Terrain Response, automatic xenon headlights, parking sensors for both front and rear, a rearview camera, keyless entry and a few other features. There’s an 8-inch touchscreen with navigation and voice control as well. The audio system is taken care of by Meridian and a 13-speaker sound system with a USB port for convenience and the highest level of sound quality.

The HSE has the 20-inch wheels optional on the Base as standard, a panoramic sunroof, dimming side mirrors, power closing doors, higher quality leather upholstery and 14-way power adjustable front seats with ventilation for both heating and cooling. The Supercharged version has 21-inch alloys, a V8 engine, adaptive Terrain Response and the new All-Terrain Progress Control.

Take a look at the 2017 Land Rover Range Rover.

The Autobiography gets all of the features found in the previous three trims as well as special exterior and interior features, a better leather trim option, suede-cloth for the headliner, 18-way power adjustable front seats with massage and memory and an incredible sound system from Meridian with 29 speakers. The Rear Executive Class Seating is optional on this trim, and it configures the rear seats for just two passengers but adds a great deal of luxury in the process. You get a rear center console and a storage box for cooling. 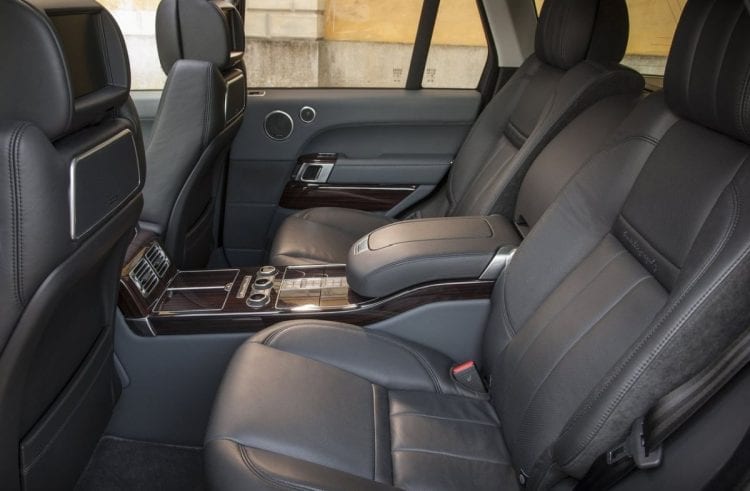 The SV Autobiography gets extra chrome accessories, a few accents, the most potent V8 engine you can get in the Range Rover, perforated leather, a leather headliner, 20-way power adjustable front seats, the Rear Executive Class Seating package as standard, rear footrests, and a rear cooler box. Both the SV and the standard Autobiography can be fitted with 22-inch wheels and a color-shifting paint as just a few parts of the many fashion options for the Range Rover. It is hard, almost impossible, to find a worthy competitor to what you are getting in this SUV when it comes to luxury features. And even if you find one it will be a close call.

The base engine like we said is a supercharged 3.0-liter V6 developing 340 horsepower and 332 lb-ft of torque. It comes standard on the SE trim (the base), but the one higher HSE gets an upgraded version of the same engine with 380 hp and a slightly higher torque number. For both engines, the official figures say that they return 19 miles per gallon on the combined run or 17/23 miles per gallon for the city and highway respectively. 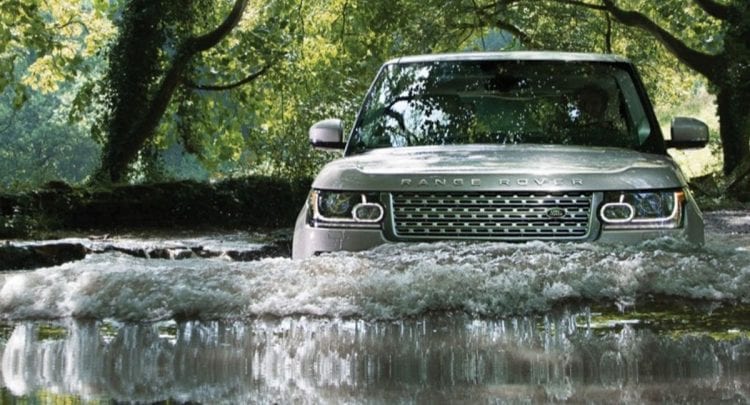 The new engine is a 3.0-turbodiesel V6 dubbed the Td6. It’s good for 254 horsepower and a staggering 443 pound-feet of torque. It’s a lot better in the fuel economy segment as it manages to return 25 miles per gallon on the combined run or 22/28 for city/highway. If you factor in the weight and power of the Range Rover diesel, that’s an incredible result. This unit is available for both the Base trim and the HSE and if you think that it lacks the power you need to try it out.

The Supercharged and Autobiography models get a 5.0-liter supercharged V8 with 510 horsepower and 461 pound-feet of torque. If you want the most powerful version you’ll have to go for the SV Autobiography which has the same powerplant but this time turned all the way, developing 550 horsepower and 502 pound-feet of torque. In case you missed that, let’s say it again: 550 horsepower. About the same power as a Nissan GT-R or a Jag F-type but this time in a large luxury SUV.

All engines are mated to an eight-speed automatic gearbox and full-time four-wheel drive. The standard Terrain Response system has five driver-selectable settings for the terrain with separate powertrain, suspension and traction control settings. The Terrain Response 2 as seen on the higher trims gets an adaptive mode which can sense the surface of the road and adjust itself accordingly. Just set it up and be prepared to crawl over any obstacle.

The Range Rover is still one of the best luxury SUVs on the planet. In fact, it just might be the only off-road capable car with so much luxury onboard. It is still king. Prices begin at just $84,900 for the Base model although we suspect for most buyers the HSE is the minimum. The Supercharged SV Autobiography comes at $199,495 while the even more expensive trim is available. If you want the Holland & Holland model, be prepared to give insane $244,500.