Kia is one of the companies on the rise at the moment. They’ve created a hit with almost every new model they introduced, but that’s mostly owed to just a few of their models which helped change the public’s image of what Kia is. Perhaps the car that is most responsible for that is the Optima, which also received a facelift and a new hybrid model for 2017 recently, but the Rio had a massive part in that too.

When it was introduced in 2001, it had a 96 hp engine and the most gimmicky interior we had seen. It was miles better than older Kia cars, but nowhere near what the brand strived for. Over the years, however, they’ve been slowly updating their vehicle lineup, and the entire model range received significantly better features. And now, they have reached a point where they aren’t just a cheap Japanese alternative, but rather a direct competitor to already well-established car makers and their respective models.

The Rio is currently in the midlife of its second-generation, a perfect opportunity to give it a mild facelift. The new styling was first seen in 2014 at the Paris Motor Show, but Kia decided to implement it just now. 2014 was a difficult year for the Rio and Kia as a whole, with the Rio dropping 11 percent in sales. Obviously, Kia couldn’t just let it plummet. Thus, the restyling we’re covering in this article today is a clear indication that this will not happen.

Although it’s still recognizable as a Kia Rio, a lot has changed. There’s a new front fascia as well as a rear one, giving the sedan a lower and wider look. We wouldn’t go as far as calling it sporty but for the argument’s sake let’s just say it looks much better, to avoid using the term aggressive. The front sees Kia’s by now trademark “Tiger Nose” grille, something seen on other Kia models, so Rio is much closer regarding design to what we get from the rest of the lineup. The headlights have been pushed a lot more inward than those found on the last Rio. This enabled Kia to revise the surrounding area for the fog lights. There’s restyled lower valance as well, gaining size for 2016 and becoming a bit straighter. This too attributes to the low and wide look we talked about earlier.

Like we said, the rear received an update too, but not to the same extent as the front. To be exact, there are new reflectors, closer to the outsides of the bumper but that’s about it. The color palette has been further enhanced with the addition of two new options: Urban Blue and Digital Yellow. Kia is hoping that these changes will see them regain at least a few percentages of sales back, and to be able to salvage the Rio, we hope they do. 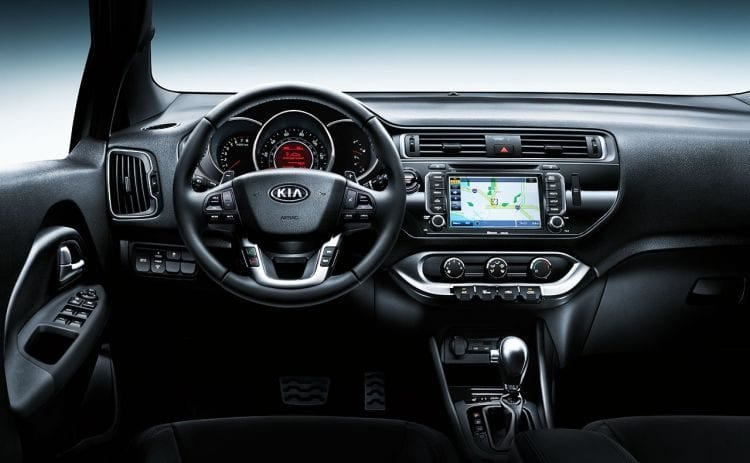 We’re very pleased to see the interior get updated too. A lot of the so-called “redesigns” have only included the exterior upgrades, leaving the interior mostly unchanged, and there’s nothing more frustrating than stepping into a supposedly restyled car only to find the same interior. It’s a bit weird really. Manufacturers are willing to spend everything on research and development for the exterior, but will sometimes refuse to change the interior, mostly being the downfall of a vehicle. But hey, that’s marketing for you. A gorgeous exterior sells, an interior not so much.

Anyway, as we said, a lot of updates have been done to the interior too. For starters, there’s a lot of high-density foam in the A and B pillars now, helping in the reduction of NVH (noise, vibration and harshness). By far the biggest update is in the materials used that are now at much higher quality level.
Kia has stepped up their game in recent years, but they were still a bit behind their competitors. We’re proud to say they finally caught up and can go head to head with most of them. This isn’t a bad interior; it’s one you should be proud of now.

Apart from the high-quality materials lining the seats, the dashboard, and the door panels now, there are also satin-finish bezels just around the vents and obviously a piano-black center console. The EX models get a Designer Package, which gives the user of said package to choose two-tone color schemes. The seats will be wrapped in black leather, but the stitching is gray, to match the rest of the colors obviously. 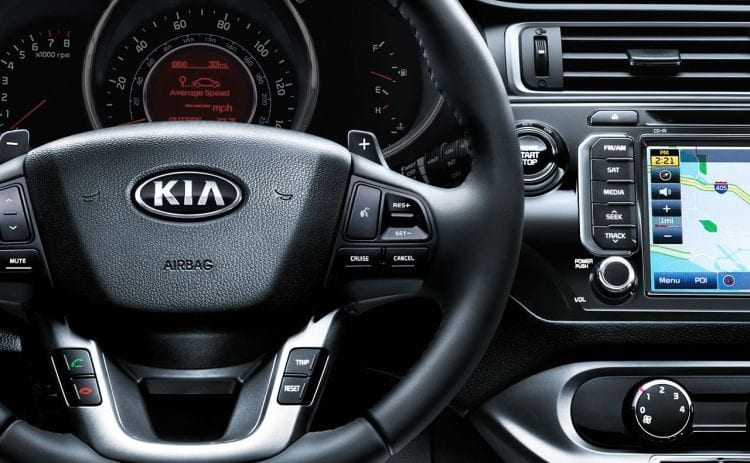 The standard LX comes with air conditioning, electric power steering, SiriusXM radio, a USB port, audio controls on the steering wheel, hill-start assist, and much more. You will agree, quite a lot for a base model isn’t it? If you go for the midrange EX, you’ll get power windows, cruise control, and keyless entry. The top of the range SX gets paddle shifters on the steering wheel, a leather wrap for said steering wheel, Supervision meter, a new 2016 nav system, push-button and even a power sunroof. All the features come for this entry level sedan which is a big surprise, but most interesting is the fact that this on offers quite well-equipped base model.

The engine bay is home to a 1.6-liter four cylinder unit which is a carryover from the old car. It’s an eager little engine, keen to rev. Speaking of revs, it develops its full 138 hp at fairly high 6,300 rpm and 123 lb-ft of torque at 4,850. As you can see it does require you to rev it hard to get the most out of it but it doesn’t mind that at all.

The engine is mated to a six-speed manual gearbox as standard, and power is naturally sent to the front wheels. There’s also a six-speed automatic as an option for anyone wishing to go down the auto route. Both transmissions are great, and you can’t go wrong with either one. The 2016 Kia Rio returns 27 miles per gallon in the city, 37 on the highway making for a combined number of 31 mpg. Both transmissions get the same result as the car is so light and economical.

Engine department is one of the segments where we hoped to see upgrades regarding new engine lineup, but that did not happen. Great addition and something that would certainly make this vehicle more interesting could be the smaller turbocharged engine or 1.6-liter turbo that would offer far more power than the naturally aspirated version.