Don’t worry, the Jeep Wrangler’s appearance is still largely unchanged and retains that iconic and characteristic look it always had. What is new for 2016 however are a number of new models, namely the 75th Anniversary and Backcountry. Elsewhere there’s new design features on the Sahara trim and even an Olive Green color for the interior.

It may not be to everyone’s liking, but someone will surely opt for it. There’s also a welcomed addition of a few more colors to the small assortment of ones already on offer giving buyers possibility to diversify their vehicle little bit more.

Although we all acknowledge the Wrangler has drawbacks and it’s in need of a major overhaul to become modern, it doesn’t really seem to bother anyone that much. The reason you’d buy this car runs far deeper than the reason you’d buy any other car. 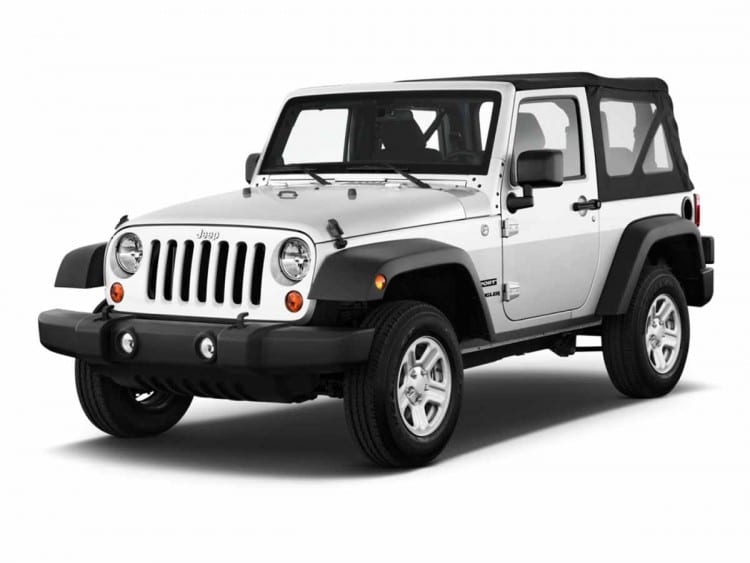 It’s an expression of freedom, of fun-loving adventure and excitement. What’s more, because it’s American, people relate to it much more easily. It has many cons, probably the cons that far outweigh the pros, but does anyone really care? No, not really.

It’s not a daily driver or on-road car to be taken seriously. It’s there to make you give you a lot of enjoyment and laugh, and it accomplishes that exceptionally well. Apart from the iconic styling, its off-road capabilities are the second biggest selling point. Remember how we said it isn’t really an on-road vehicle. Well, it’s certainly an off-road one.

It can tackle obstacles and climb places SUVs and even some full-blown off-roaders can only dream of. It’s first and foremost a fun off-road vehicle and a second one that’s been made street legal and daily driver.

In terms of styling, as you can see it’s pretty boxy and the shape has remained largely intact throughout its entire lifespan, and it is present on the market for quite a while. But, every time it’s gotten revised it’s been made a little bit more special, and that’s strange because nothing seems to be fundamentally changed. It remains the only convertible SUV on sale after the death of the FJ Cruiser, and the small Nissan Xterra’s death means it really doesn’t have any direct competition. 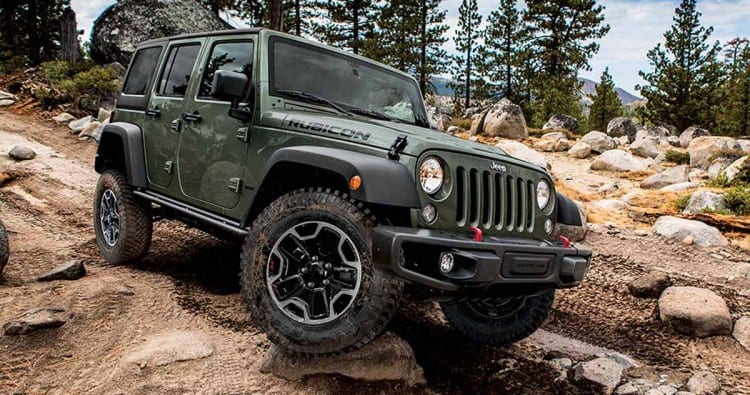 The only car worth mentioning as a competitor here is the Toyota 4Runner, but that’s in a different price bracket than the Wrangler (more expensive). This leaves you with two alternatives, and both come from Jeep’s own range. The Renegade is much better on the road and features a lot more creature comforts, and so does the Grand Cherokee. Both score better in every measurable test, but neither provokes a response and a feeling like the Wrangler does.

Engine choice is, shall we say dismal. The only engine on offer is a 3.6 liter Jeep sourced V6 that’s capable of pumping out 285 horsepower and 260 lb-ft of torque. As you’d expect there is standard four-wheel drive and a low-range gear ratio for hard off-roading. Because the Rubicon is Jeep’s most hardcore off-road offering in the Wrangler lineup, it’s been equipped with even shorter gearing and a tougher transfer case with the one of the lowest crawl ratios you’ll find anywhere. 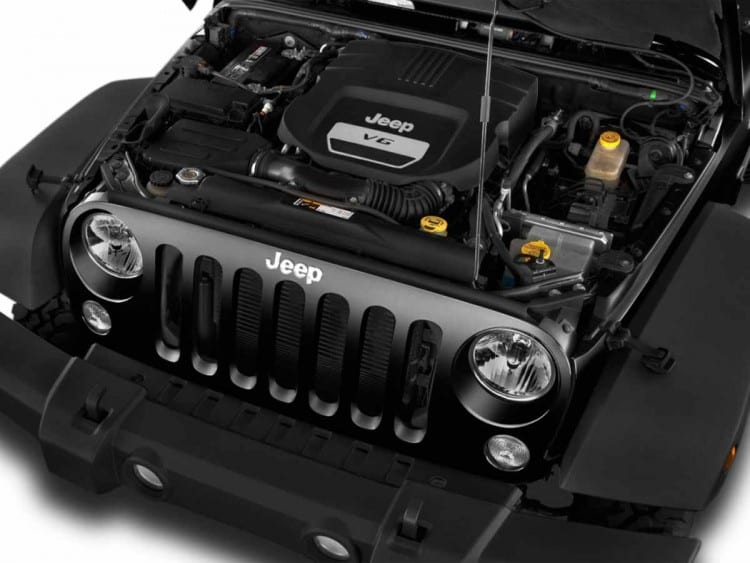 The standard transmission is a six-speed manual and it also comes with a hill start assist, because let’s face it, a manual off-roader will always struggle with hills without rolling backward even an inch. Most people however will probably choose the five-speed automatic that has hill start assist and hill descent control as optional. Towing capabilities are good but not great with 2000 pounds for the basic Wrangler and a much more respectable 3500 if you go for the Unlimited trim.

Performance is on the quick side. A two-door Wrangler fitted with the manual gearbox can hit 60 mph in 6.9 seconds which beats most performance hatchbacks and sedans on offer. You certainly didn’t expect that from the Wrangler did you? On the other end of the scale, we have the Wrangler Unlimited with an automatic gearbox, which being the heaviest one and fitted with a slower automatic does the same sprint in 8.8 seconds. It’s still okay but nowhere near the competition. 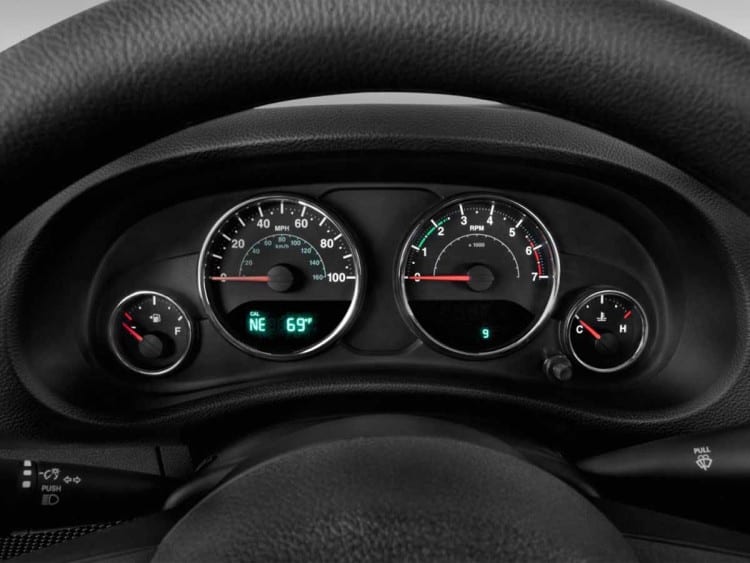 Don’t expect great mpg from any model in the entire 2016 Jeep Wrangler line-up, no matter what body style or transmission you go for. The two door model returns 18 miles per gallon (combined), and the four-door Unlimited gets the same result. Where they differ is in town, where the Unlimited returns 16 mpg versus the two-door version’s 17 mpg. If we’re honest, however, real-world consumption will heavily depend on how and where you drive it for both versions making these figures irrelevant.

In terms of driving, it’s brilliant. Out of the box, off-roading performance is higher than on any other car on sale. If you want to save some money and use them on modifications later, go for the Sport or the Willys trims. The Rubicon is great but a little bit more expensive. Jeep’s Mopar division offers a lot of parts which you can add later to your Wrangler, so customizing it is no issue what so ever. The Sport is the absolute basic needed in our book, but if your budget stretches to the Willys trim with a limited-slip differential, much more aggressive off-road tires, and off-road tech then go for it. 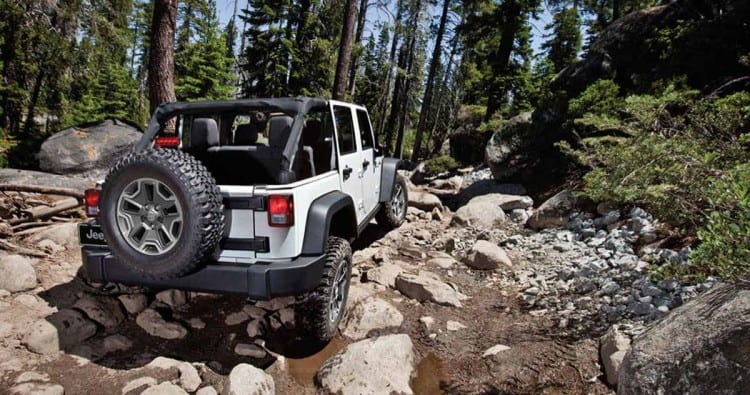 Really, you’re good to go whatever trim you opt for. Just make sure to avoid the 3.21 gearing because it’s a bit too high for hardcore off-roading, especially if you’re going to do hard off-roading with larger wheels. The 3.73 is a much better alternative and the 4.10 gearing ratio only offered on the Rubicon is the best out of the bunch.

As we mentioned, don’t expect any fantastic road behavior from the Wrangler. It’s more than adequate and it’s definitely not a safety hazard, but to say it’s okay is putting it lightly. There’s a lot of body roll and the steering is more than vague. High speed corners are a no-no. Because it’s an off-roader, road noise is high and the ride is harsh.

But at least, the cabin has been updated. It’s basic but by no mean utilitarian. It’s more than easily a match for most hatchbacks’ interiors. It’s functional and a case where function beats form. Leather or semi leather seats are offered depending on the trim while most surfaces are cowered with leather and decent quality plastics. 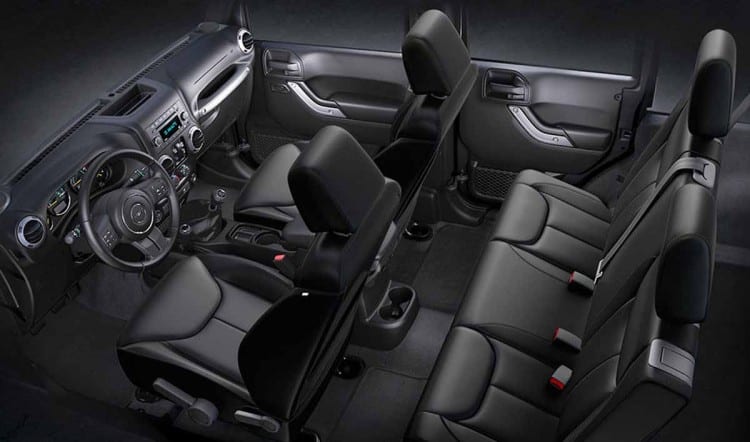 Air conditioning and few bits and pieces made using chrome or aluminum are also coming but that is pretty much it. Further up the range, the center console is offered with a touchscreen but do not expect to see this on all versions.

Prices start at around $24,000 and for that you’re getting everything you’ll ever want from a Wrangler. If you want more prices can go up to $37,000 for the Rubicon Unlimited. 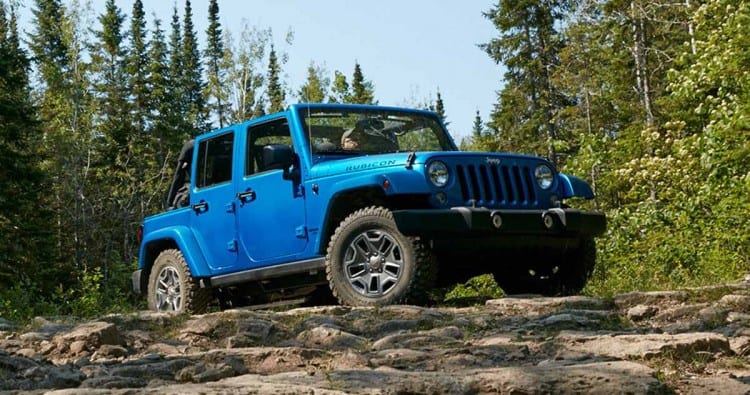 It’s sure to get you everywhere every time because it’s so simple and not a lot can go wrong. Cool factor is off the charts too. It might be a bad logical choice, but as far as choices made by heart go, it’s the best one you’ll ever make.

Find out more info about 2016 Jeep Wrangler on the official website.