When it comes to Jeeps, people just can’t seem to get enough of them. Even the mediocre or bad ones get decent sales figures, and it’s all down to the brand and the marketing behind it. We’re not saying Jeeps are bad, but some of their worse creations have managed to sell well, and that was a bit of a shocker at first.

Take the Compass for instance. Even when the new model launched, we weren’t all that impressed with it. Not that there was anything wrong with it, but it didn’t seem to surpass its competitors at anything. It was an overall okay vehicle, but that was about it. Well, Jeep has been making small upgrades and corrections to it over the years, and as we all know, little things add up to make a big difference. 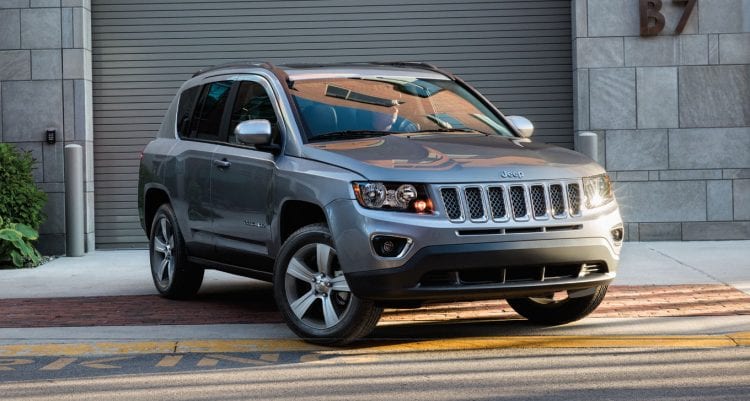 For 2016 they decided to drop the top Limited trim altogether. They’ve also added Bluetooth and satellite radio to the Sport trim as standard, as well as giving the Latitude trim automatic headlights. The Altitude package is essentially renamed to Sport SE although Jeep claims it’s a different trim (with similar features), we can go with that. 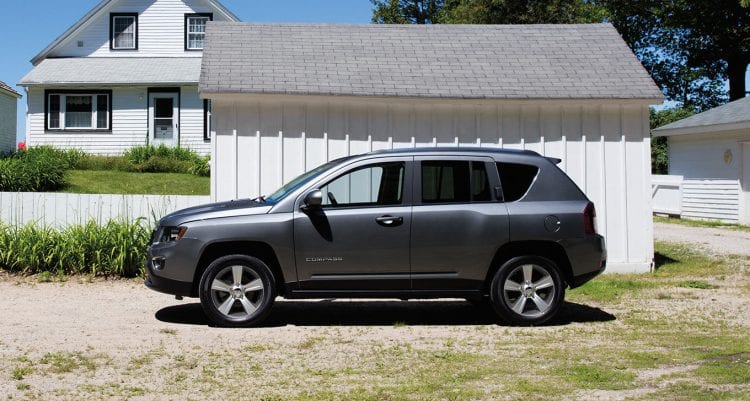 Despite it still not being where we would like to see it, the Compass continues to sell in numbers similar to the Patriot. No doubt the extremely low price has a lot to do with it, but the classic Jeep looks don’t exactly hurt either. If we’re completely honest, it’s still a lot below its well-designed competitors, lacking in most areas apart from price and styling but Jeep aims to change all of that soon.

Starting with the exterior, we find the same styling as the one on the previous year models. Not a lot has changed but then again why change it if it works right? The front fascia is aggressive with the short overhang and the downwards sloped headlights. The “grille”, if you can call it that, is still the same one separated into seven smaller sections. It works well with the design, but it’s all rather spoiled with the weirdly shaped front bumper or rather, plastic on the front bumper. It curves upward in a way that’s just not pleasing, and the relatively high fog lights position above that, high on the bumper don’t help either. 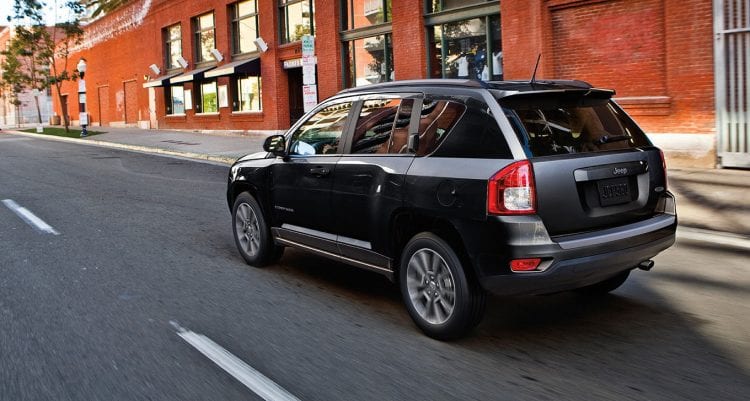 The side is much better, giving the classic compact crossover roofline and waistline. All-round visibility is great thanks to relatively large glass surfaces and high seating position. The rear is perhaps the best side of the vehicle with a short overhang and nice looking taillights. Thankfully there’s nothing fussy with the rear bumper as it’s a rather conventional design. The top-mounted spoiler lip is great and adds to the car’s appeal. 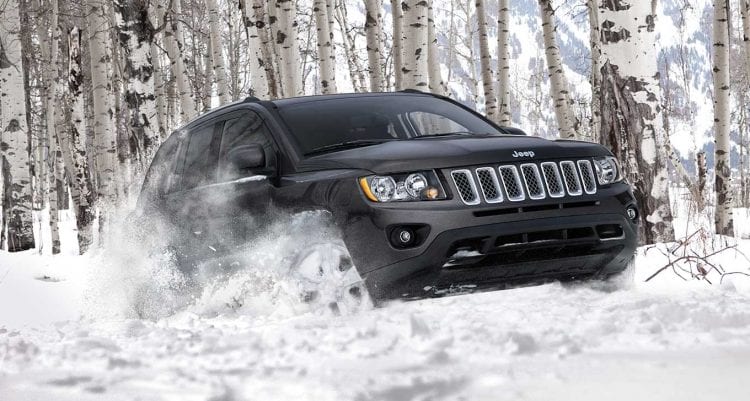 Without a doubt, the most important thing about the Compass’ is its ability to go off-road. It can reach places most crossovers can only dream of. If it looks like it can tackle pretty much any obstacle, it’s because it can. This isn’t just a looker, but a performer too. The standard car is fine for most users but opts for the Freedom Drive II off-road package, and you’ll be surprised with the Compass’ capabilities. It’s not just great for a medium-sized crossover, but great no matter what you throw at it.

Inside it’s mostly the same interior carried over from the 2014 model. Although we’re glad Jeep upgraded it in 2014 when they did, it could still do with some much-needed tweaks and updates. The industrial-grade interior is not pleasant to the eye or the touch and speaking of that, when was the last time you saw a brand-new 2016 car coming as standard with roll-down windows or manual locks? Well, prepare to be surprised because the lower trims of the Compass go with exactly that. We know that this is a cheap vehicle and that its main goal is to offer fantastic off-road features, but we surely would like to see upgraded interior.

We’ve always claimed this, and we’ll say it again: The problem with the Compass isn’t in the way it drives or the way it looks, but rather the interior quality or better to say the lack of it. It’s been mentioned time and time again by most road users, but Jeep seems to be oblivious to the critics. Restyling the exterior is all well and nice but with such a bad interior, you do have to wonder if it’s worth it? 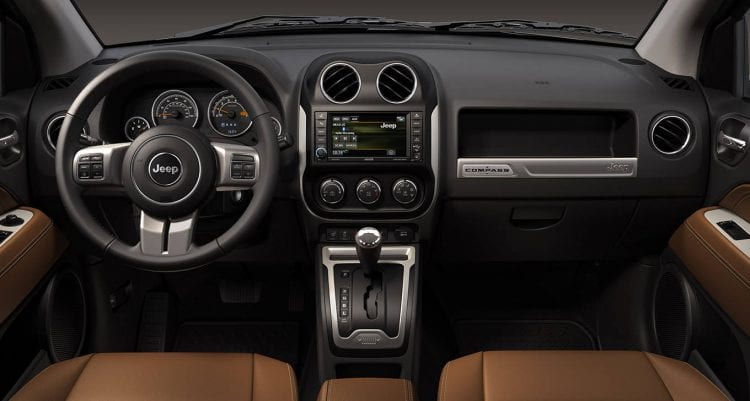 The Little consolation is found in the comfortable front seats which do offer good support, but they can be narrow for larger people. The rear legroom is below average, let’s say that, and the 6.5-inch touchscreen feels like it is light years away from the new 8.4-inch Uconnect system with other Jeep models. The 22.7 cubic feet behind the second row don’t resurrect the problem the entire cabin has which is bad materials and a sub-par fit and finish.

The hood is home to a 2.0-liter four cylinder engine developing 158 hp and 141 lb-ft of torque. The standard car has a five-speed manual, but the Latitude comes with the CVT. Sadly you can’t have the all-wheel drive system with the base engine, making this a front-wheel drive only version. It returns 26 mpg on the combined run if equipped with the manual or 24 mpg if fitted with the CVT. 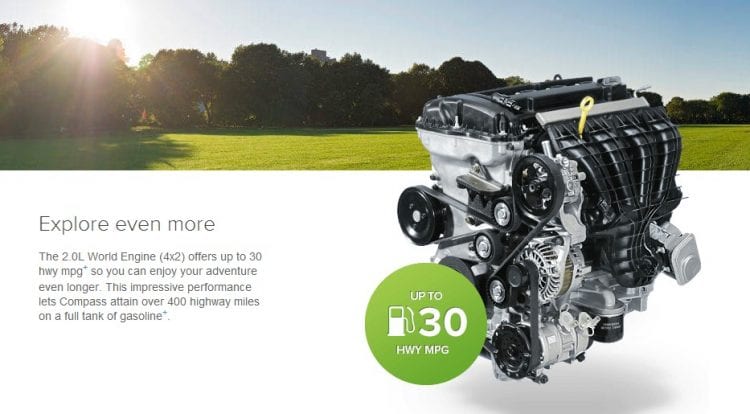 There’s also a 2.4-liter four cylinder developing a slightly more decent 172 hp and 165 pound-feet of torque. Once again, you do get the manual as standard but this time, the option is the automatic six-speed gearbox. If you do go for the Freedom Drive package we mentioned at the beginning, you will get the CVT with it as the only option. It has a crawl mode simulating low-range gearing although it’s not the best at it.

The 2.4 unit returns 25 mpg in front-wheel drive guise with the manual and 23 mpg with the auto. Add AWD on top of that and the 2.4 will return 24 mpg if equipped with the manual and 22 mpg if fitted with the six-speed auto. The CVT is the worst by far returning only 21 mpg. Knowing that the main goal of CVT improves fuel-efficiency, we strongly recommend you to think about buying this version.

We can’t say we like the Compass, especially the lower trims, but with a starting price of just $19,600 it does make a great offer to some people. If Jeep could just fix the issue with the interior, they would have a real success on their hands. We are not asking for much, few things upgraded and all the dices will come to their places allowing 2016 Jeep Compass to conquer this segment easily.