If you didn’t know, the Isuzu D-Max is the same vehicle like the Chevrolet Colorado as it shares its underpinnings and only comes with a different badge. However, it brings its own unique styling inside and out as well as with a few different engines. These changes are meant to make it a better choice for those looking to get a true workhorse and not just a show piece. Don’t get us wrong; the Colorado has a lot to offer when it comes to usability, but Isuzu brings all those basic features and great capabilities. The truck has been updated recently with the 2016 Isuzu D-Max. The upgrade includes some changes on the outside as well as a new engine in the lineup. These should allow it to keep its customers happy without compromising on anything.

Unfortunately in certain markets the Chevrolet, or Holden, Colorado is starting to sell better and better in which case the D-Max might be discontinued from these markets. Until then it will keep on going with its rugged chassis and interesting engine options. But what are the differences between these trucks? Well, let’s start from the beginning. For starters, the D-Max is usually cheaper than the competition. In Australia it will start from as low as $24,000 and a top end version will cost around $45,000. This is around 10% better than the average of its class. On top of that, it is quite efficient and very powerful for how much it costs.

There are some drawbacks, though, and the largest one is the fact that the truck can’t be serviced everywhere. This will make the 2016 Isuzu D-Max cost more in the long run which makes people turn to other manufacturers.

However, let’s leave these aside and take a closer look at the actual truck. While the Colorado received a rather large update quite recently, the D-Max looks the same as before. It seems that a truly new version will be released in the near future. Until then, though, the truck will have to do with a very similar design to the older model. It uses a set of upswept headlights with a really angular design as well as a conventional two-piece grille. The bumper is rounded and the fenders, front and back, have some very interesting bulges. However, the overall look is not as good as of the competition but it is likable and what is very important, quite unique. 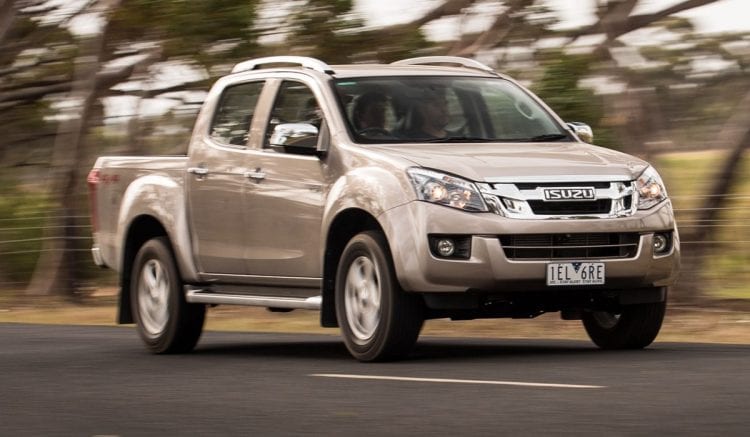 Moving to the interior, the new D-Max is not that new. An all-new version of its interior will likely be present on the upcoming 2017 truck. However, until then, the new model features the same dashboard as the older Colorado. The materials are quite hard to the touch and scratch easily while the equipment level is average at best. For Isuzu to be able to offer one pickup at a more affordable price they needed to make few sacrifices and those are quite obvious in the interior. Luckily, the truck is comfortable and quite easy to drive, but it does have a few issues with over-steering in slippery conditions. This is a work truck so do not expect to be able to push it hard through corners. 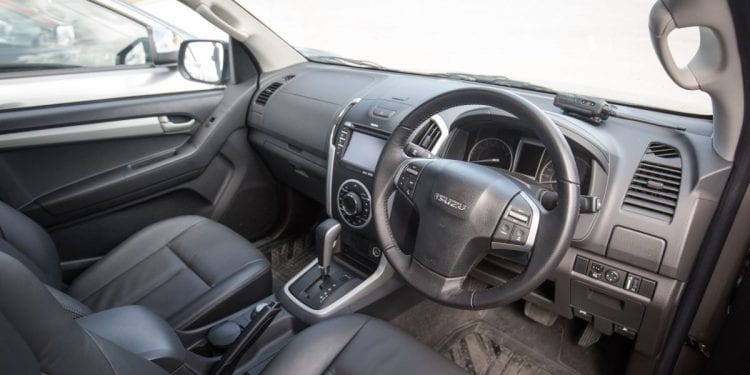 The 2016 Isuzu D-Max is a lot more different under the hood than the Colorado. Instead of the already well-known 2.8-liter Duramax diesel, the Isuzu gets a 3.0-liter turbocharged inline four diesel which comes straight from a truck. This one makes only 130 kW and 380 Nm of torque which is less than what the 2.8 unit makes in Colorado. However, thanks to the fact it is larger and it is not stressed, it can tow just as much with 3,500 kg rating, and it has a larger payload that is rated at about 1,010 kg. This makes it a better all-around truck than the Colorado. On top of that, it is more efficient despite having a larger engine and it is also nicer to drive thanks to the fact it doesn’t have to rev as high. In some markets, the truck can also be had with an all-new 1.9-liter turbo unit that produces 110 kW and 350 Nm of torque which is highly impressive for such a small engine. Even it is slightly less powerful it does offer a similar amount of torque, and that is very important for every truck. 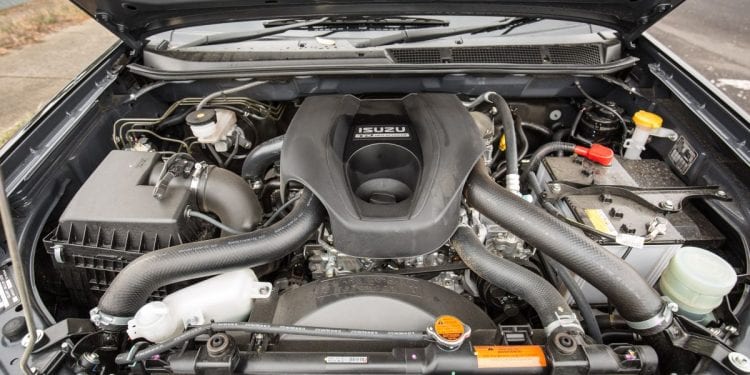