With the death of the Tiburon coupe, lots of people were sad to see Hyundai without a small, sporty vehicle in the line-up. Well in 2011 they fill the gap with the launch of the Veloster. It was originally made to be a spiritual successor to the Tiburon, but it quickly became so much more. Thanks to its great sporty looks combined with hatchback practicality the Veloster very quickly gained popularity and made a name for itself. Despite its awesome styling, the incredibly affordable price, and its very long feature list, it came under heavy criticism, mostly by driving enthusiasts who didn’t like at all what it hid under the hood. The lack of any real power was a letdown, especially for a self-proclaimed sporty coupe. After four years of being on the sale, the first-gen Veloster was finally set for an update.

Hyundai did dress some of the problems the Veloster had but not all of them. After four years we all thought it would have some major upgrades, especially considering how much the competition and technology have moved forwards. Whether this is just a mild facelift because of a new generation being prepared or Hyundai is just ignoring the obviously needed update is yet to be seen. One thing’s for sure, however: a car competing with the Focus and the Golf needs to offer a lot just to be competitive and at the moment, we’re not sure the Veloster can deliver. 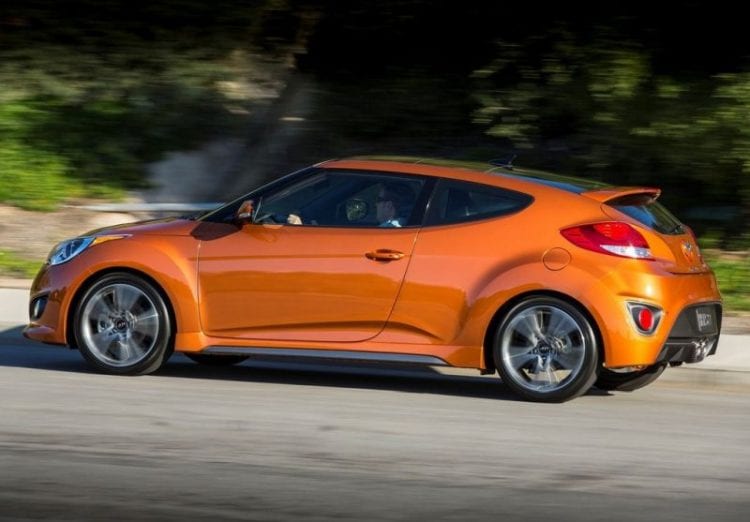 We first saw the Veloster Turbo receive a mild facelift, and now it’s the same story with the standard version. There’s very little in the way of visual updates. At the front you get a revised hood, here missing the horrid faux vents which we hated from the last car (that’s a good thing at least), the grille is larger but to such a small extent that you have to have them side by side to notice it. Furthermore, the surrounding area around the grille is now in dark gray color meaning that it does offer a slightly more aggressive look. 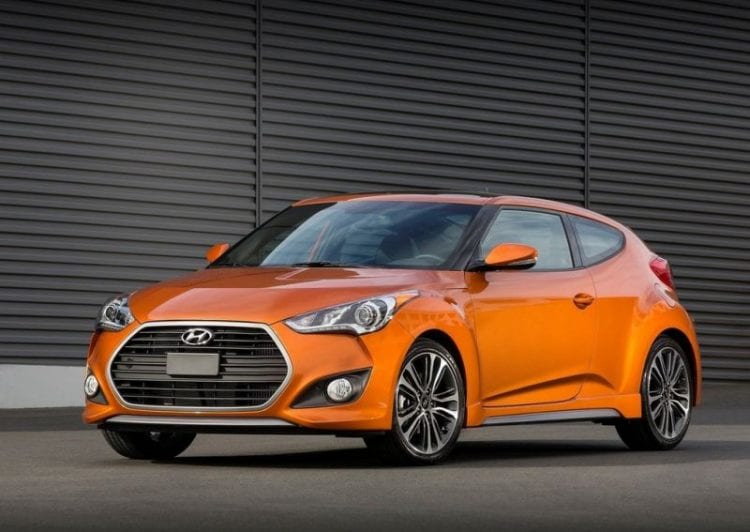 The wheels have been slightly improved too thanks to redesigned 17-inch alloys and the optional 18-inch wheels now roll on 10 mm wider tires. Everything else on the exterior is exactly the same as it was on the 2015 car, and all the previous models before that, going all the way to the very first ones in 2012, down to the “Fluidic Sculpture” styling which we first saw in that very same 2012. If there’s one positive, it’s the fact that the Veloster has managed to keep its unique and distinctive styling throughout the years, staying original if nothing else. In a world where so many rivals are copying each other’s products on such a large scale, originality has to count for something right? 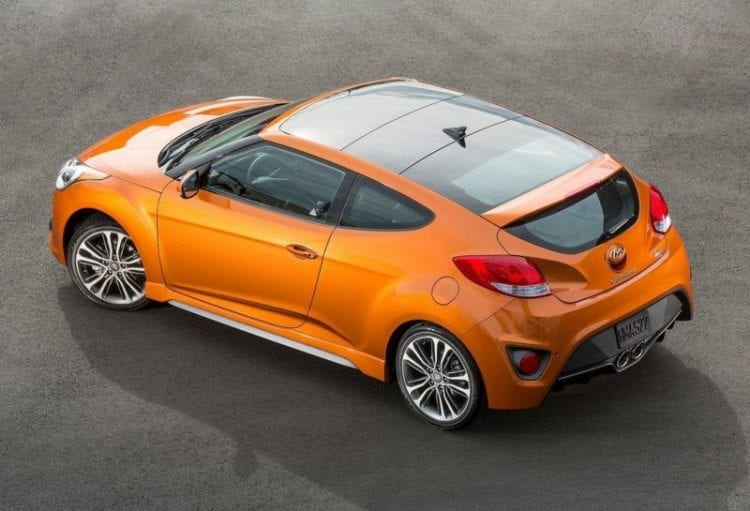 The interior has the optional black seats with the yellow accents and all few updates but beyond that, it’s a carryover from the previous year’s model. The new features here (in the tech department) are the revised infotainment system with the 7-inch touchscreen display, HD Radio, SiriusXM and the Apple Siri Eyes Free. It has to be said however that while this may not sound like much, we have seen fewer updates (or even complete carryovers) from major companies such as BMW and Honda. So yes, we may be a bit harsh on the vehicle, but we’re fully aware that a lot of other companies are doing the same, offering redesigned models with minimal changes. 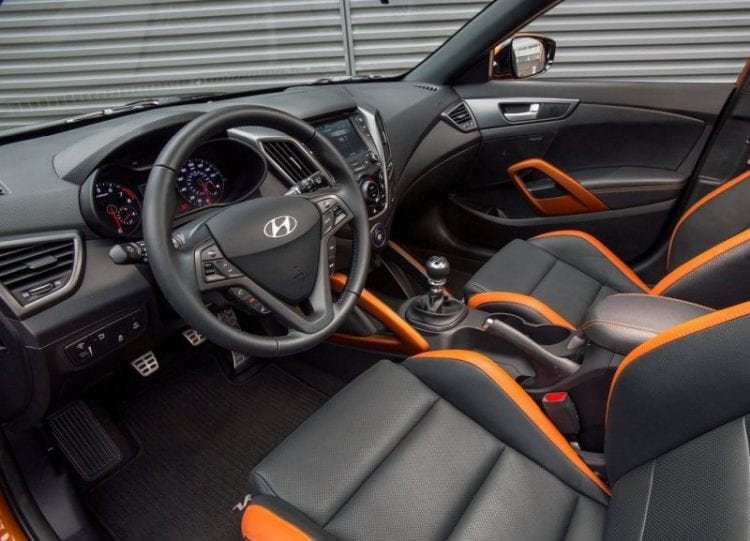 Buyers of the 2016 Hyundai Veloster will also benefit from the Blue Link system which has better safety features, new infotainment telematics, and improved service. Those features are: remote start, remote door lock and unlock, stolen vehicle recovery and Google destination search. You get the Blue Link system with a complimentary one year Blue Link Connected Care. This gives you automatic collision notification, enhanced road assistance, SOS assistance and a monthly report on vehicle health and maintenance. Useful, but we are not sure how many buyers will opt to continue this service after one year trial.

The materials inside are nice, but we can notice a few plasticky pieces which are neither good to look at nor to feel. When we take a look at the price and segment to which this sporty car goes we can forgive few parts that are not on the quality level it should be. The seats themselves are pretty good with decent support and overall a decent amount of comfort giving you enough of support in corners but also comfort on longer trips. If there’s anything special about the interior, it’s going to have to be the equipment. You simply can’t deny how much stuff there is onboard the Veloster and at such an affordable price, that’s a steal. 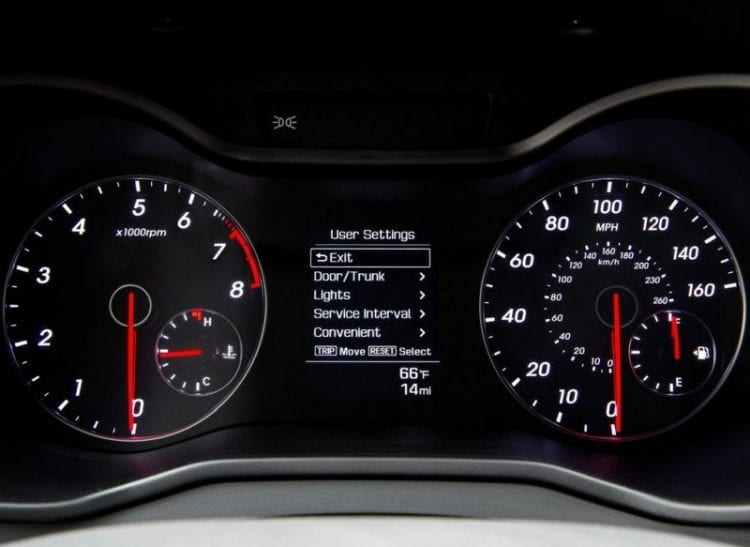 Just like we thought, the same 1.6-liter four-cylinder engine remains the same. The unit develops 138 hp and 123 lb-ft of torque. It’s mated to a six-speed manual gearbox, making it popular with the enthusiasts in that regards at least. If you get it with the DCT EcoShift gearbox you’ll have that power dropped down to 132 hp and 120 lb-ft of torque, but the original number wasn’t that high to begin with so we can’t say we notice the difference when we honestly don’t.

The sprint from 0 to 60 miles per hour is done in slightly over eight seconds, making it agonizingly slow for the segment. It’s one of the slowest vehicles in its class, and if you want acceleration and performance, you’ll have to go with the Veloster Turbo because the standard Veloster just isn’t going to cut it.

The drive itself is rather nice. It’s very agile and can contain the traditional front-wheel drive understeer well. This is due to its lightweight and almost perfectly tuned suspension. It does tend to push out on faster corners, and the tail will step out and play only with the Veloster Turbo but even the standard Veloster proved itself to be rather fun. The lack of power means you’ll have to get every ounce available too, making it a real challenge if nothing else. 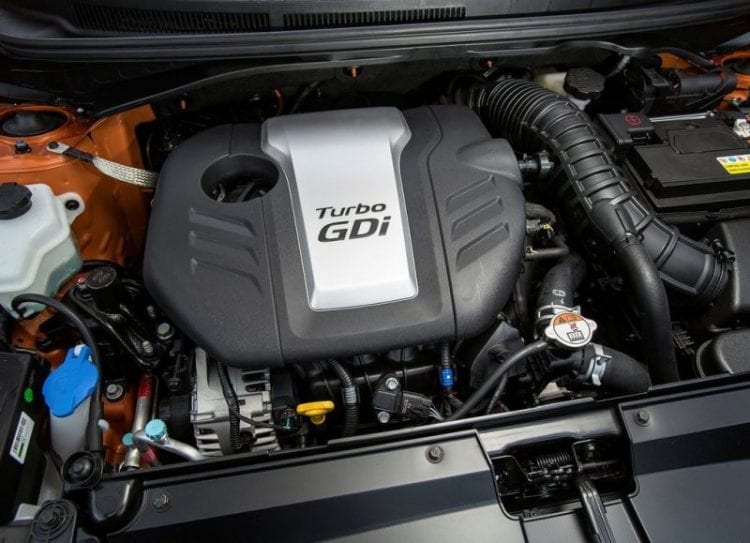 Prices start at a very reasonable $18,000. For that money, you really can’t get anything else that’s this loaded with equipment. We could see more than a few Veloster’s tuned to provide a lot more power and the result is more than impressive. It also beats turbo version easily, so this might be one of the directions in which future versions could go.