The 2016 Hyundai Tucson is a well-known Korean crossover that represents the first model in third generation and was unveiled at the New York Auto Show back in April of 2015. Having reviewed the new vehicle, it is fair to suggest that 2016 model is a completely remodeled vehicle which certainly can be considered as one of the best affordable SUVs in the United States. The company announced the plans to revive Tucson as the replacement for some previous models, including Hyundai ix35 but costs a little bit higher. However, the increase in price is explained by the updated pack of various features, including high-tech safety, entertainment, and a new engine in the lineup.

In the line of Hyundai vehicles, the new 2016 Tucson is supposed to slot below the larger Santa Fe, so it should be smaller in size. The length and width of Tucson are estimated at 176.18 inches and 72.83 inches respectively, making it smaller than Santa Fe’s. It resembles the larger model in some exterior design elements but certainly looks sharper and more modern; unlike its predecessor ix35, the design of which was viewed by many as overdone, Tucson’s look features much cleaner spaces and smoother lines. These innovations in the design were provided by the changes in the engineering team, as Hyundai signed one of the most prominent vehicle designers Peter Schreyer, who previously worked for Audi. His vision of Tucson will most likely be even better implemented in the next models coming in near future. 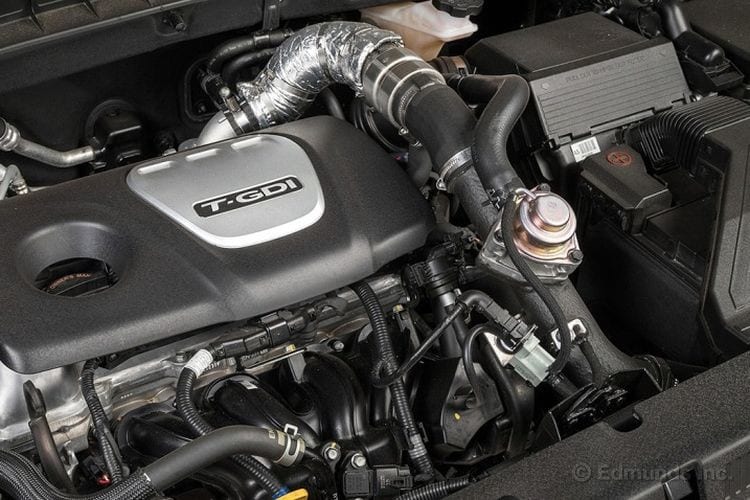 There are four trims available in the new Tucson, including SE, Eco, Sport, and Limited. The basic configuration, SE, comes with a 2.0-liter engine with 164 horsepower producing 151 torque and featuring a six-speed automatic transmission. The other configurations will be equipped with a turbocharged 1.6-liter with 175 horsepower. This engine replaces the clunky 2.4-liter used in previous models and delivers much better fuel efficiency with a slight drop in power. Rumors also suggest that customer will have a choice of an optional and more powerful 2.0-liter turbocharged engine producing 245 hp, this one could be added with the price increase of about $2,500 for each trim over 1.6-liter turbo. These engines received pretty good feedback and good comments for the first drive on highway and urban roads, which also could be said about the transmissions. Powertrain demonstrated quick finding of suitable gears, which contributed to quiet and comfortable ride plus good accelerations when you need to pass another vehicle. The fuel economy of the 2016 Hyundai Tucson is pretty much similar with other SUVs in the segment and is estimated at 23 and 31 mpg in city and highway respectively.

There is, however, some noticeable difference between the front-wheel drive and all-wheel drive in off-road conditions which is quite understandable. Tucson seems pretty slow when accelerating because of the front-wheel drive so spending another $1,400 on upgrading the vehicle might be a good idea if you take frequent trips on off-road excursions, especially with a load of people and cargo. Other than that, the vehicle performed beautifully: strong braking power, great handling on corners and reasonable speed. 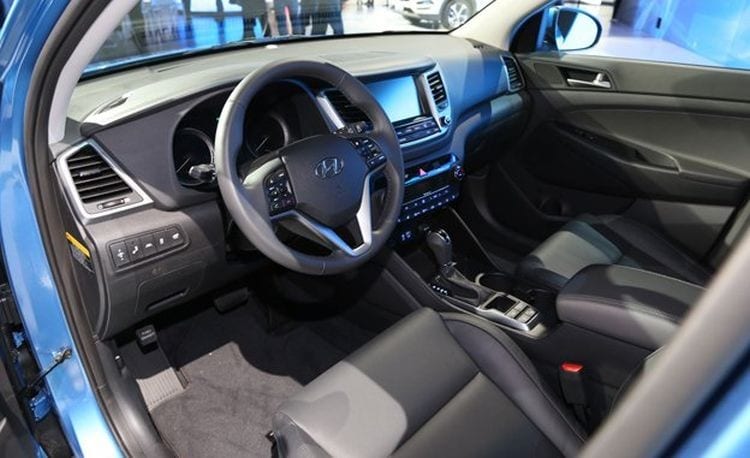 The amount of space provided in the new Tucson reaches up to 31 cubic feet and can be increased to 62 cubic feet, which is enough to fit a mountain bike. These measurements indicate that the vehicle has more than average cargo capabilities as compared with many other SUVs in the same segment. There are only two other vehicles that have more space than the new Tucson: Honda CR-V and Toyota RAV4, which happen to be its main competitors on the international market.

Space inside the cabin was completely redesigned to contain easy-to-follow layout and simple dashboard. Some of the materials used for interior elements, including hard plastic, were criticized for their cheapness for the class. Still, the drivers and passengers will feel pretty comfortable in the Tucson’s seats, which were named as some of the roomiest in the SUV segment. If the customers do not like the materials of the base configuration, they are welcome to upgrade the materials to optional Wine Red leather, which is a premium soft-touch material. The list of features on the basic configuration of Tucson SE includes a rearview camera, 5-inch sensor screen, six airbags, lane departure warning, drive mode selection function, iPod connectivity, automatic headlights, and USB input jack. 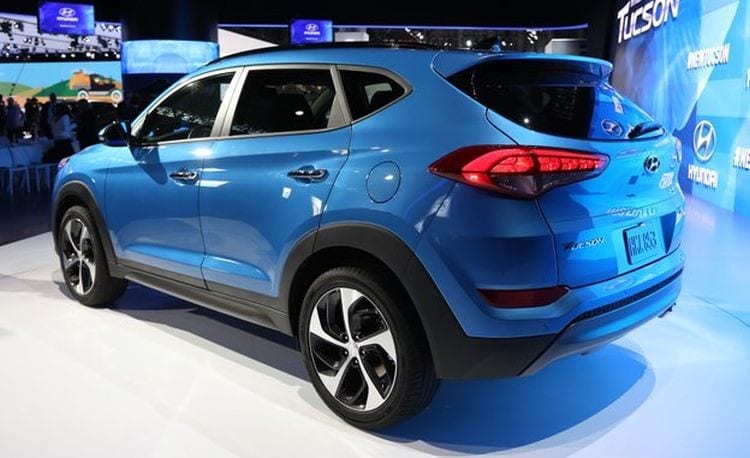 The equipment list can also be updated with a number of additional features, such as Bluetooth phone connectivity unit, dual-zone automatic climate control, lane change assist and the panoramic sunroof. Moreover, the designers at Hyundai provided enhanced safety features that help the driver to move on urban roads (system of pedestrian detection and automatic emergency braking), better lights (LED headlights and taillights), sound (405-watt premium system), and park without additional effort (rear parking sensors). The touch-screen display can also be upgraded from 5-inch to 8-inch but both of them provide a crisp picture with easy-to-follow menu and instructions. Therefore, the new Tucson comes in a variety of configurations which can be set to meet the needs even of the most demanding customers. The success of the model in safety segment can be showed by the five-star rating from the Euro NCAP, a consumer program that provides safety information on vehicles entering the European market. 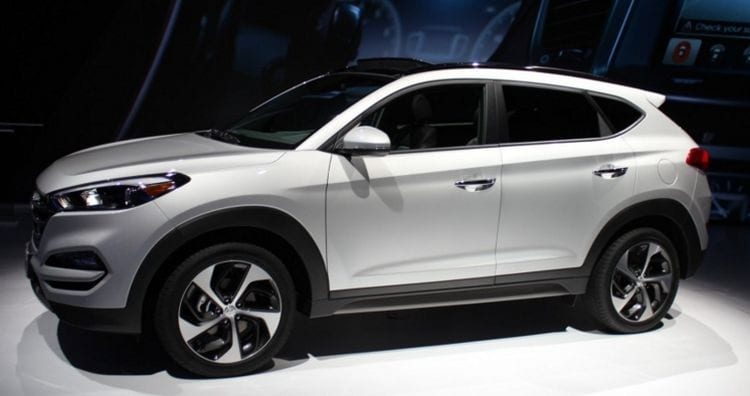 The base price for the 2016 Hyundai Tucson in North America starts at $22,700 for the 2.0-liter engine. Second in the line is the Eco version priced at $24,150 while Sport and Limited trims are offered for $26,150 and $29,900 respectively. Optional AWD system will set you back another $1,400 and will slightly reduce fuel efficiency. Best in this segment is the Eco model equipped with 1.6 liters turbocharged engine that can return 26/33 mpg when offered with front-wheel drive and 25/31 mpg when purchased with all-wheel drive.

The new Tucson is a quiet, modern, comfortable, and powerful vehicle capable of satisfying the evolving needs of SUV customers. Certainly, it makes the competitors nervous because can provide numerous features that advance Tucson ahead of the others. The only thing about the vehicle that could be recommended to the future owners is the all-wheel upgrade because it can be slow in accelerating and passing without the all-wheel ride on harsh road conditions. However, of you plan to drive it on good roads in the city, it might be okay to leave the front-wheel drive.