Currently, the sedan market is one of the busiest segments in the car world, coming only second to the crossover and maybe the hatchback which is not that popular in the U.S. What’s more, there are so many variations on it like luxury sedans, family sedans, affordable sedans and so on that the price and performance gap between them is as wide as the gap between small city cars and luxury SUVs.

The Hyundai Sonata is currently one of the best contenders in the full-sized sedan segment and one of the top contenders at that. It’s one of our favorites for the segment that it’s in, but it does have its cons and pros just like any other vehicle does. Without getting too much off topic, let’s delve right into the subject and see what makes the Sonata such a great choice for anyone looking to buy a well-rounded sedan. 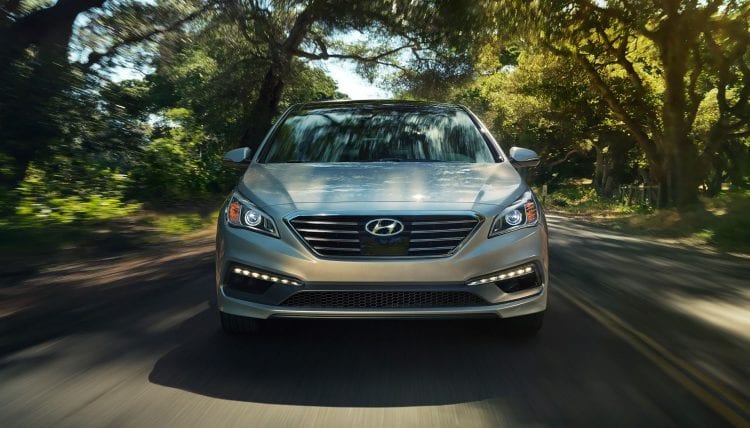 For starters, adding to the already brilliant package for 2016 is a new 7-inch touchscreen display that’s standard in all but one trim, and it isn’t the lowest one as you might have expected but instead the highest trim level, and that’s because the Limited trim features an upgraded 8-inch display. Of course, all versions have smartphone integration for Android as well as iOS, among standard features, are the rearview camera and automatic headlights. 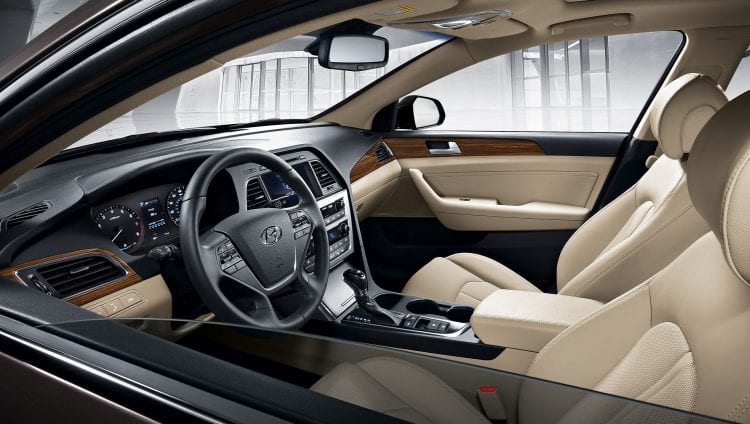 Perhaps one big con is the fact that every Sonata is front-wheel drive and there’s no option of all-wheel drive. Okay, realistically less than 5% would have bought the all-wheel drive version even if it existed but some vehicles in the segment have it while the Sonata doesn’t, so it is a con in a way. We are sure that only a small number of potential buyers will be diverted from buying this vehicle because of the lack of all-wheel drive option.

Engine choices are good but not great. There are multiple engines on offer, but two of them have a few issues that we’ll address. For starters, there’s a 2.4-liter four-cylinder which develops 185 hp and 178 lb-ft of torque. It’s fitted to the SE, Sport and the Limited and is capable of reaching 60 miles per hour in a very average 8.2 seconds. The base SE model returns 30 miles per gallon on the combined run with the Limited and Sport dropping that figure down to 29 mpg. The 2.4-liter engine proved to be a bit of a disappointment due to the fact that it’s lacking a bit of refinement. 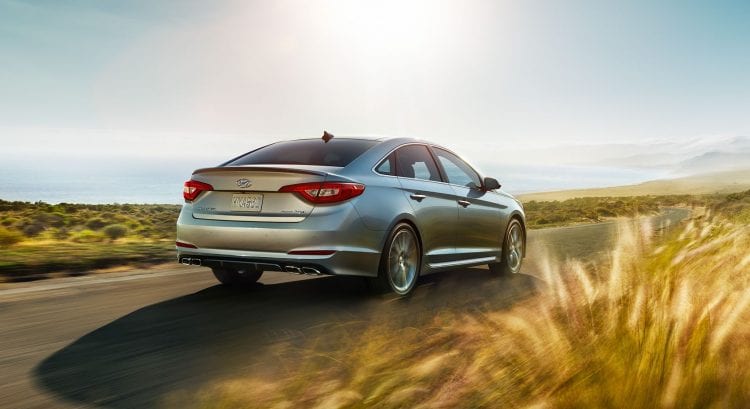 The most powerful engine on offer is a 2.0 liter turbocharged four-cylinder developing 245 horsepower and 260 pound-feet of torque. Refinement is good but perhaps worse performance is way below average for its class. It only manages to reach 60 miles per hour in 7.8 seconds making it almost as sluggish as the non-turbo and less powerful 2.4-liter, but also slower than almost every other car in its price range. Considering the Sonata isn’t offered with a V6 we expected this engine to be a V6 competitor but with the recorded performance stats we’re not sure it’s a competitor even for most base models of other vehicles. One good thing is the fuel economy which is rated at 26 mpg.

The engine we recommend is the 1.6-liter four-cylinder sporting a turbocharger that is good for 178 horsepower and 195 pound-feet of torque. Instead of the six-speed automatic fitted to the other models, this engine gets a seven-speed auto which is actually an automated manual meaning that you can control it manually. In real world testing, this engine managed an impressive time of 7.5 seconds in the sprint to 60 miles per hour, but we suspect if you really try and conditions are perfect you could get the 2.0T down to this time, despite its lack of performance. The smallest engine in the lineup is the most economical returning 32 mpg, best across the Sonata engine range. 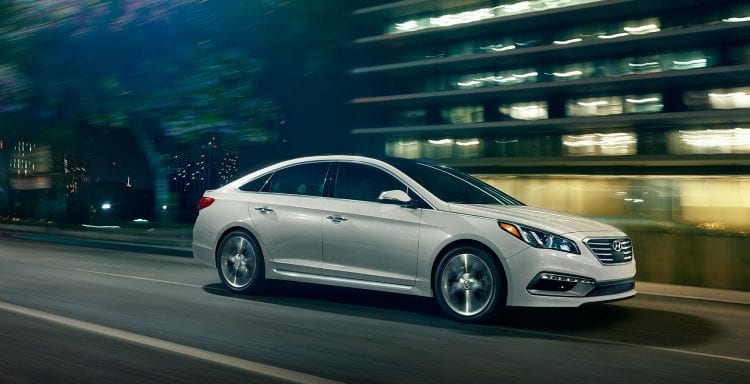 Being a full-sized sedan, the Sonata is more luxurious and comfortable than it is sporty and the way it rides just confirms that. This is a quiet and refined car and doesn’t like to be rushed too much. The suspension has been tweaked for 2016 and is even more compliant and comfortable than before. Road damping is perfect and the way it irons out bumps is incredible. Comfort does seem to be the Sonata’s strong side and one of the most important selling points.

Sadly something had to be sacrificed for that comfort and this time it proved to be the driving experience. As we mentioned engines aren’t great, or at least not the best in class, but the most driving fun strangely can be had from the 1.6 engine. The 2.4 is too noisy and the 2.0T doesn’t feel that powerful, especially with the six-speed transmission. The 1.6 turbocharger paired with eight-speed transmission always gives you the right gear for the speed you’re going at, keeping you in the correct rev range for the engine’s full power.

Steering feel is okay but nothing special, but that’s what you want in a comfortable long-distance car such as the Sonata. It’s stress-free motoring and besides, if you want a sporty canyon carver what are you doing looking at the full-size sedan market?

Exterior appearance is top-notch. The Sonata is elegant and understated but manages to pull off some rather unique details and styling cues that make it stand out in the current bland segment that is the sedan market. It’s a handsome looking car and one you’d be proud to have in your driveway and show it off to anyone. 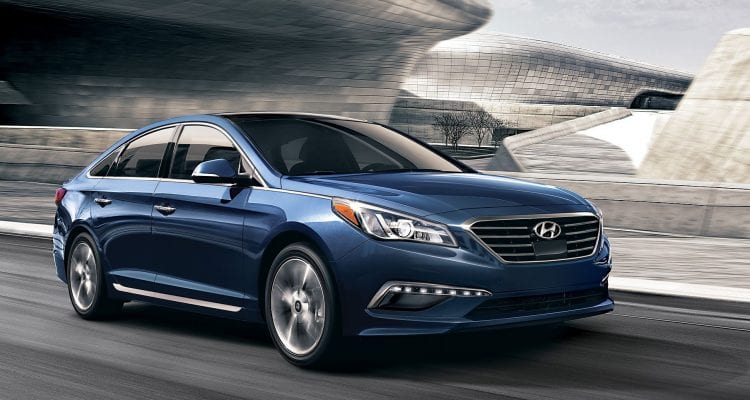 The interior follows the exterior we’re pleased to announce, although it’s very simple, perhaps too much to our liking. The materials and everything is nice and you can tell it is high-quality but it’s lacking a bit of style and ergonomics. The higher trims like the Limited and the Sport solve this with the help of some accentuated design elements and better seats in the case of the Sport which can fit many body sizes and shapes. Do not expect this vehicle to successfully compete with high luxury sedans that we have from German companies and few other luxury-oriented US car makers but its main goal is not to compete with these. 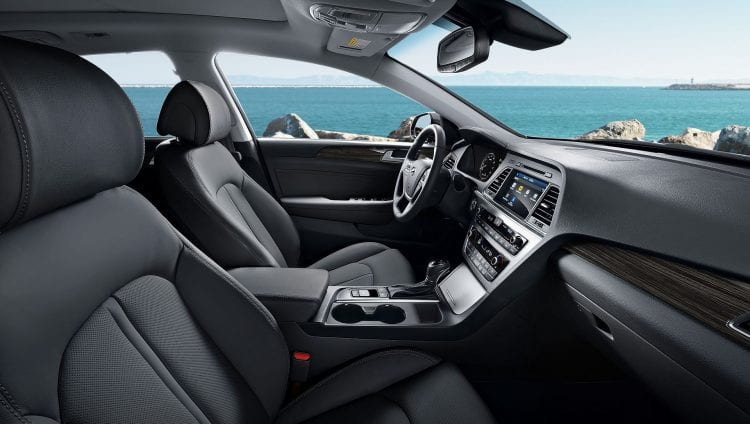 The new 7-inch display is a far cry from the old 5-inch and is now responsive as well as intuitive, and elsewhere there’s more than enough room for four adults to sit comfortably in it. Five people may be a stretch due to the sloping roofline which limits headroom but overall it’s a spacious cabin. 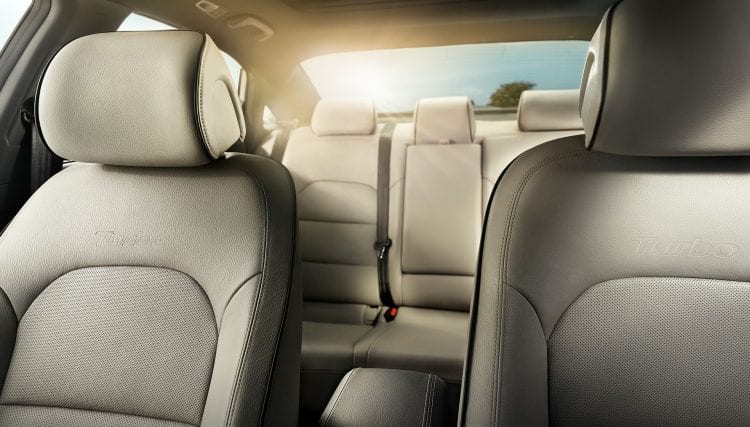 The way we see it, the Sonata remains the luxurious comfortable sedan it always was, but now with added style and comfort. It took what always made it great and improved on it rather than trying new things. It still remains one of our favorites for this class. Prices begin at $21,700 for the base model and go up depending on your engine choice, gadgets, and trim level. For the Limited 2.0T version, you will need to pay $34,075 which is quite a high price but still more than competitive.