Quite often people will only buy a small compact sedan because they have to. They need the practicality and affordability of it, so almost always a small compact car is associated with dullness and unimaginative design as well as driving dynamics. But who’s to say that a vehicle in this segment has to drive boring or that it has to look dull? There are no given rules, no standards as to whether a car can or can’t be this or that. Very often it’s the oddballs that sell the best and don’t get forgotten. The Elantra is definitive proof that just because you’re buying a small sedan doesn’t mean you’re not allowed to have any imagination at all.

For 2016 the Elantra gets a Value Edition trim with lots of features in the expense of the Base trim losing some of its own features and optional stuff. Elsewhere the Limited trim now gains keyless entry and ignition as well as automatic climate control. The Sport gives up the leather seats as standard, but that’s about it. The Elantra is still the same car we know and love but let’s go over what makes it such a great choice in this particular segment.

First of all, let’s just start off by saying that it looks really good. It’s still modern and fresh despite no major upgrades since its first launch in 2011. In a segment of so many changes, staying at the top of the pack for that long is quite a feat. Although we like and we think it can still compete with its rivals, the question that’s on everyone’s minds is: after five years can the Elantra realistically compete with the rest of the pack? I mean sure it can, but most of its competitors have received several medium upgrades in the time in which this one has gotten one or two smaller ones. In such a competitive segment that can hurt it and the sale figures can go down dramatically.

If we judge the Elantra just on value alone, it’s still king. It hasn’t lost a single thing from the day it was launched. In fact, it’s now become an even better deal than it was when it first came out. The same trend seems to keep on going with the Value Edition now. Filled with lots of features, some new some taken from the Base model, it’s now the ideal trim level for the Elantra. The middle grounds, offering the very best of both worlds at a price point in which you get the most bang for your buck. 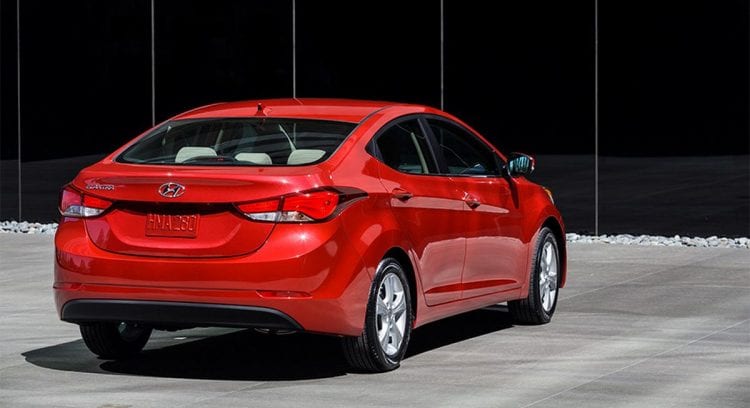 The wonderful exterior design has been carried over to the interior where we find excellent swooping lines running all the way from the center console to the rear parts of the doors. There’s sharp contour everywhere giving it more appeal and the swooping lines do bring a large dose of luxury and refinement, despite it obviously not being a luxury vehicle at all. The build quality is more than solid. In the past, Hyundai has had some trouble with that but in recent years it’s up there with the Germans in all honesty.

The buttons are located ergonomically, and everything is where you’d expect and want it to be. They’re easy to understand and use for the most part although you may need to use them a few times just to get used to the general layout. The 7-inch touchscreen is user-friendly and easy to navigate through thanks to large buttons and a very cleverly thought out menu. You will get the hang of it in no time. 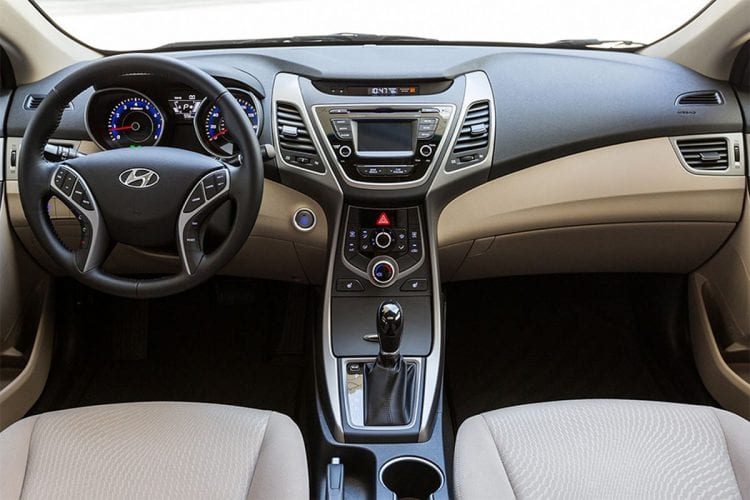 The materials are solid for the most part or at least as solid as they can be for this segment and price range. Sure you’ll find hard plastics, but won’t you everywhere in this class? The special thing about the Elantra is that it has a tendency of making hard plastics seem somewhat appealing and even nice. Yes so okay, you’re aware that they’re not that good, and Hyundai have been saving some money on that but what do you expect? It has to come out of something, be aware that you are not buying this vehicle because of its luxury and comfort if you are aiming at that be prepared to give a lot more money for a car in the different segment. 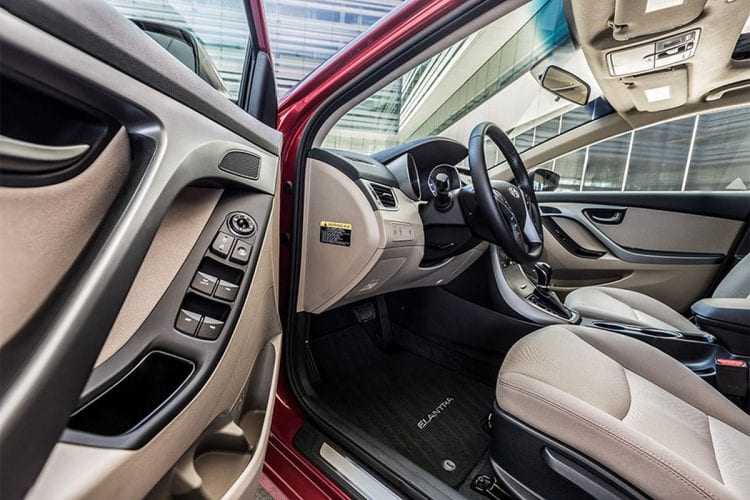 Overall we have to say we dig the Elantra’s interior. It’s also spacious and comfortable for most average people, but larger occupants may have some difficulty in both rows of seats. If you’re taller, you can struggle with headroom even in the front, something you do not want to be facing in a sedan. Still, the rather large 14.8 cubic feet of cargo space almost makes up for it. Almost.

The 2016 Hyundai Elantra SE, Value Edition, and Limited all get a 1.8-liter four cylinder developing 145 hp and 130 lb-ft of torque. The six-speed manual is standard on the SE, but a six-speed automatic gearbox is optional. It’s also standard on the Value Edition and the Limited trim (the automatic gearbox). The Value Edition managed to reach 60 miles per hour in 9.5 seconds, an agonizingly slow time for a sedan of this size. It’s not just below average, but it’s below average by a long shot. 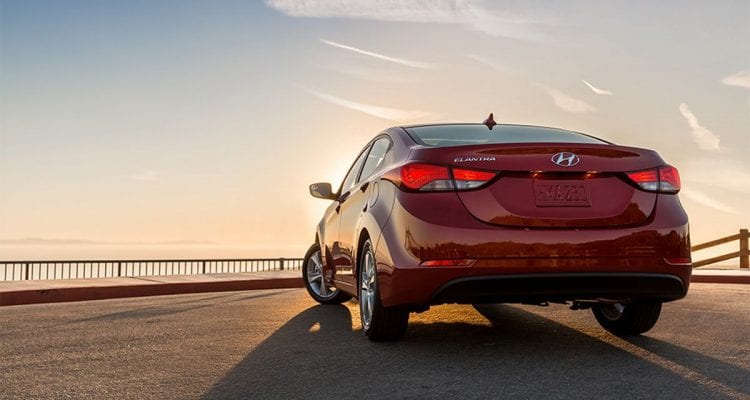 According to the EPA, it will return 31 miles per gallon on the combined run for the manual SE and 31 mpg for the automatic Limited as well. The rest of the lineup returns around 32 mpg, and that’s with the automatic gearbox. Although the numbers aren’t that bad, the Elantra isn’t class leading anything in this area. In fact, it’s what you’d call being just about average. 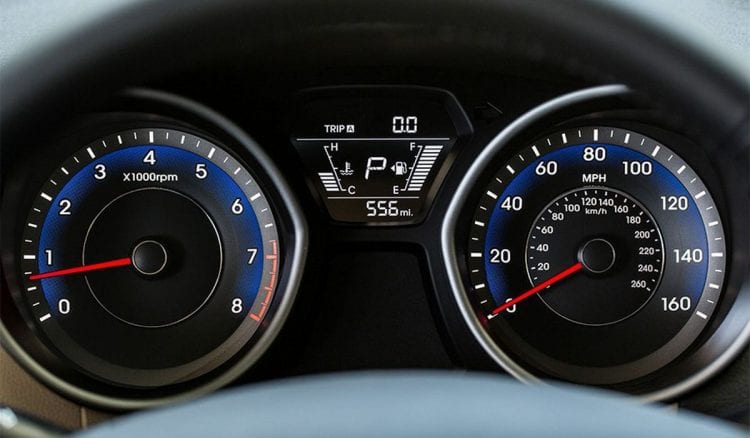 The Elantra Sport, on the other hand, gets a 2.0-liter four cylinder with 173 horsepower and 154 pound-feet of torque. It too comes with a manual gearbox as standard and an automatic as optional. With the optional auto transmission, it managed to reach 60 miles per hour in 8.2 seconds, making it faster than average at last. The Sport trim managed to return 28 miles per gallon on the combined run with the manual and the same 28 mpg with the auto.

Prices start at around $17,250 for the base model and can go up to around $20k with higher trims and added gadgets. Top of the line version, the Limited option is priced at about $21,700 which is still quite competitive.