Following the trend of 2016 in automotive industry which seems to be a complete redesign, the Honda Pilot gets the same treatment too. Although nothing was wrong with the old one and it didn’t need a major overhaul per say, the redesign really freshened up the entire look of the vehicle and made an even stronger selling point. Good move Honda.

The Pilot has always been a big SUV but the last generation’s styling was a bit dull. The front featured big blocks for headlights and the overall shape was really boxy. It looked like it came out of the site of a star wars movie, and not in a good way. The 2016 Honda Pilot solves that with looks similar to that of the current Honda CR-V and other models in crossover and SUV lineup of Japanese car maker. It follows Toyota’s current design vision and we have to say it looks really good. 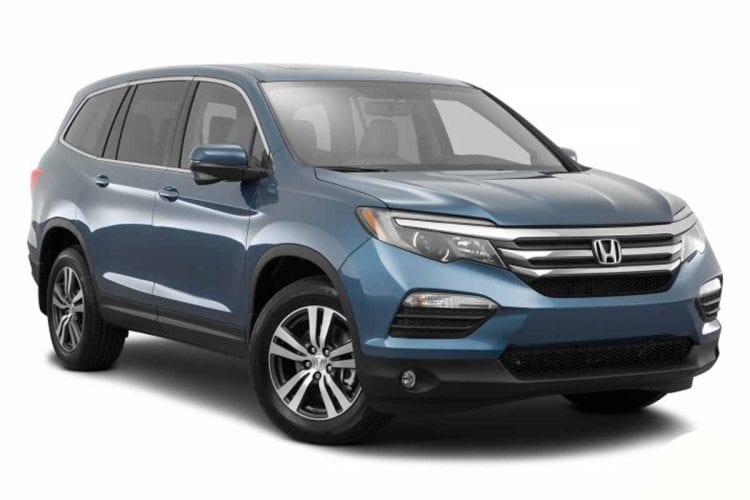 Although the styling shows us that this is a definitely SUV, it manages to stand out in the crowd and this time for good styling rather than dull. It’s got great road presence and is big whichever way you measure it. The aluminum wheels look modern, up to date and match the angular shape of the headlights and taillights really well. The roofline is kind of flat and not sloping but then again it’s a big SUV and not a sports car, this feature allows it to offer more headroom for taller passengers in the rear seat.

This SUV’s stronger side is the interior. Apart from a few large luxury SUVs and perhaps minivans, you won’t find versatility like the Pilots anywhere. There are twice as much cup holders as there are seats and cubby holes are scattered throughout the entire cabin. Maximum cargo capacity is average at 83.9 cubic feet when you fold down seats, but it’s the position and the seats that really impress the buyer with the Pilot. 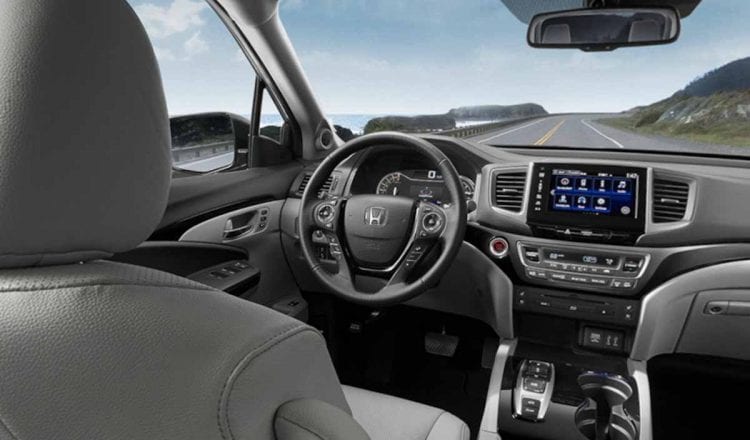 Second-row seats tilt and slide forward on the press of a button. There’s a lot of room in all rows of seats but those sliding second-row seats make getting into the third-row a bit more difficult. Once you’re in, however, you’re definitely comfortable and will find more space than almost any other competitor in the segment.

Because it’s Honda, we’re not surprised at the quality of the materials. The dated materials found in the old Pilot are gone and are replaced with new high-quality ones that are really soft and pleasant to the touch. The control interface has been massively improved both in usability and response time. 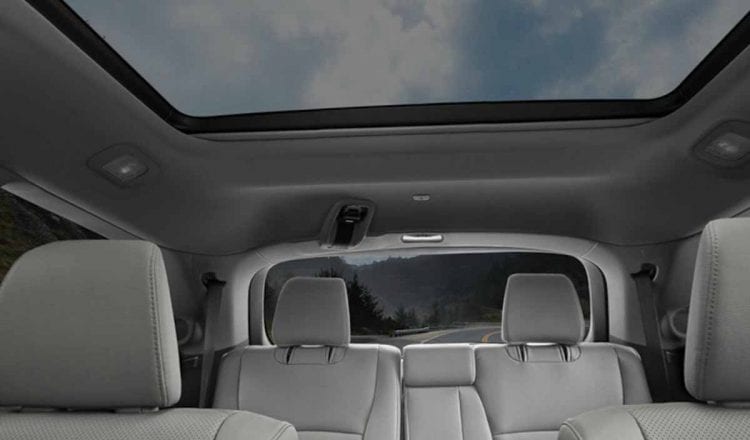 There’s an 8-inch touchscreen on nearly all models and it takes care of navigation, entertainment and communications. The Pilot now feels more like a luxury SUV that it really is which is great news for users and potential buyers.

Under the hood, you’ll find a 3.5 liter V6 engine capable of developing 280 hp ads 262 lb-ft of torque. It’s the only engine choice but the LX, EX, and EX-L get a six-speed auto while the Touring and highest Elite trim get a nine-speed auto transmission which features shift paddles on the steering wheel. Vehicles equipped with the latter transmission choice also have a stop-start system to furthermore save fuel. 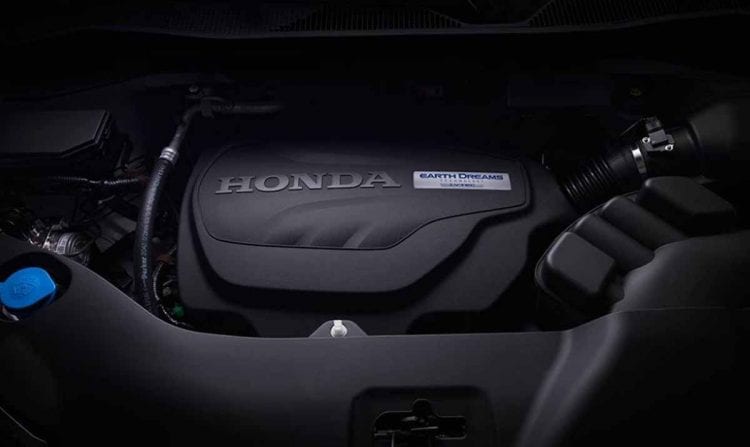 Since it’s not a full-blown off-roader, the standard car comes as a front-wheel drive vehicle. If you do opt for the available all-wheel drive system you’re in for a pleasant surprise. Not only does it shuffle the power and torque between the front and rear wheels, but it can send individually more torque or power to the left or right side of the car. This improves both on and off-road performance. EX trims and above feature a system with Snow, Mud, and Sand as listed settings which further enhance the capabilities of this already immense crossover SUV.

The V6 is capable of returning 22 miles per gallon on the combined run if it’s the front-wheel drive vehicle with the six-speed, otherwise expect 23 mpg with the much better nine-speed auto. Choosing the all-wheel drive on both gearbox options reduces fuel economy by 1, making it 21 and 22 mpg respectively. 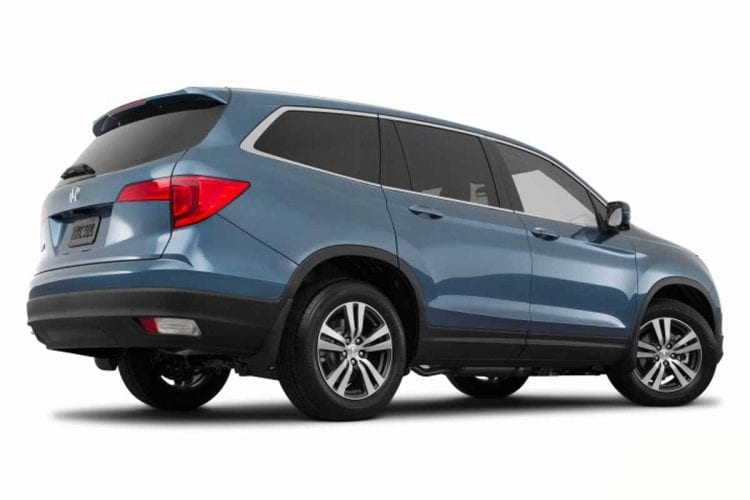 In real world testing the Pilot surprises with understated fuel economy, as opposed to the overestimates most car companies are making. On average it managed to outperform or at the very worst match, it’s claimed fuel consumption in real world situations, giving its customers real trust in the brand as well as in the vehicle.

That V6 is a beast of an engine and is more than capable of accelerating the rather large body of the 2016 Honda Pilot to ridiculous speeds at an impressive pace. It may be a big vehicle but it can sure move. The 0 to 60 miles per hour time took just 6.6 seconds, quicker than most of its competitors. 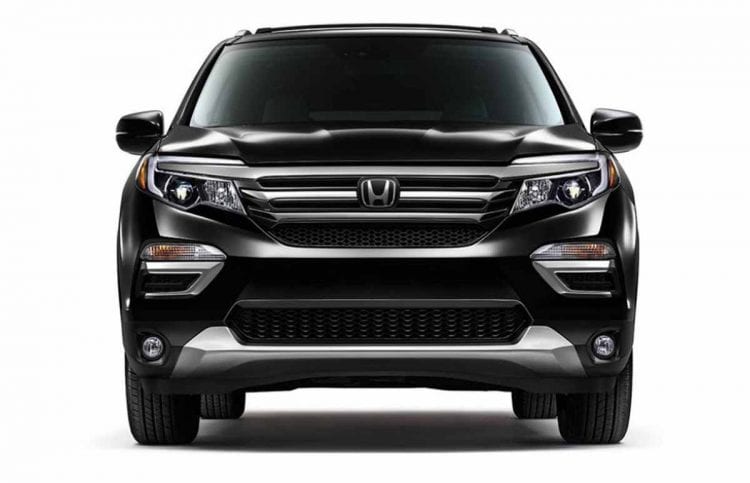 In testing, however, an AWD version fitted with the six-speed gearbox and not the nine managed an even more impressive time of 6.4 seconds, making it one of the if not the fastest car in its segment. Standard towing capacity is 3,500 pounds while the all-wheel drive Pilots can tow up to 5,000 providing you fit the with the right equipment of course.

Although it’s much more spacious and luxurious inside than most of the competitors in the segment, the Pilot also manages to be lighter and smaller. As we know lightness equals excellent dynamic capabilities, and the Pilot is no stranger to them. There’s just the right amount of damping, absorbing all of the bumps, but not too much to the point the car feels unstable. It’s a perfect compromise and blend of both worlds returning very good handling. 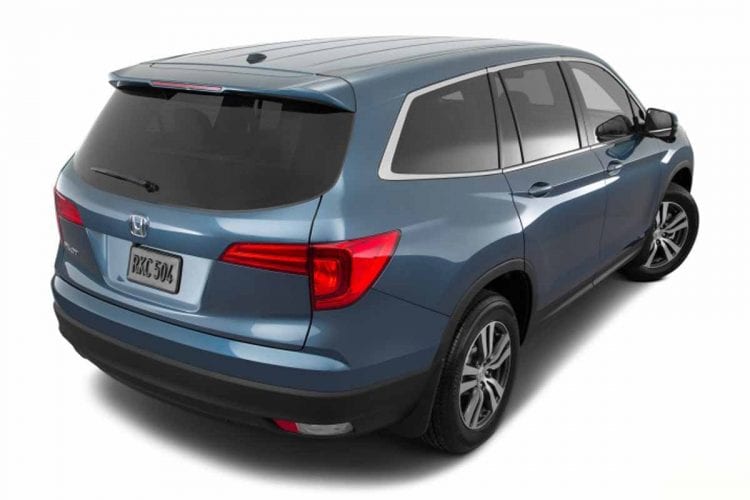 The steering is very precise although it does lack of feedback, this is something from which almost all modern cars suffer. We found this isn’t an issue since you can place the big SUV precisely where you want to without any real struggle. The V6 is a powerhouse and just pulls and pulls. It never seems to stop. Both transmission options are great so there are no real issues there, just go for the one you prefer the most.

Honda has done a great job with the Pilot. It’s the perfect daily driver and can easily be your only car. It’s more than capable of matching all of your needs, and with driving capabilities like that, the name Pilot really does suit it. Base prices start at $30,145 for LX version while the top of the line Elite model will set you back for $46,570.