Just when we thought 2016 couldn’t get any more dramatic with all of the major updates and restyles of many major models, we’ve been slammed with the information that one of the all-time best sellers is getting a brand new model (generation) for 2016. If you didn’t guess by now, allow us to introduce it: the all-new 2016 Honda Civic.

The old Civic (11’-15’) initially started off a bit shaky. Spurred on by the generation before that, Honda launches the new version at the time in 2011 with great confidence. That was short-lived, however, as criticism hit home for Honda, and it hit hard. The car was flawed in a lot of areas, or so the critics claimed. The early reviews proved to be a disaster for the Civic, noticeable dropping sale figures. There was only one thing for it: issue an overhaul for the following. Honda did exactly that, and thankfully they managed to save the Civic’s reputation. Something was still off, however. The Civic was no longer the no-brainer choice it always been. They continued improving it for a few years until finally they threw in the towel with that generation and decided to introduce the car we’re talking about today. 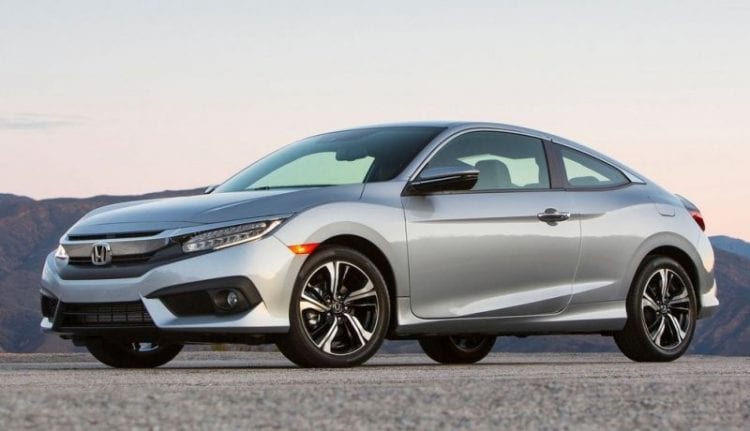 First off let’s start with the looks. And right off the bat, we have to give credits to Honda for an amazing job. This is no longer a boy-racer sort of car. It’s matured so much you wouldn’t be able to tell it’s a Civic. Don’t think for a minute it lost the edginess it had. The angular lines are still there, the front fascia, for instance, looks like it just came off of the set for the new Transformers movie and the rear is equally as unique. But, the car is much sleeker and way more elegant than it used to be.

Because it’s not as tall as the previous Civic, it appears to be sitting lower on the ground and genuinely seems a lot wider, giving it a meaner stance and more presence. From the angular front LED headlights to the weirdly shaped, but amazing, taillights, it’s all there. If you have to ask our favorite part of the exterior would probably be the front grille. It’s so beautifully incorporated into the design of the headlights (or is it the other way around) that it’s not just striking, but aesthetically appealing. 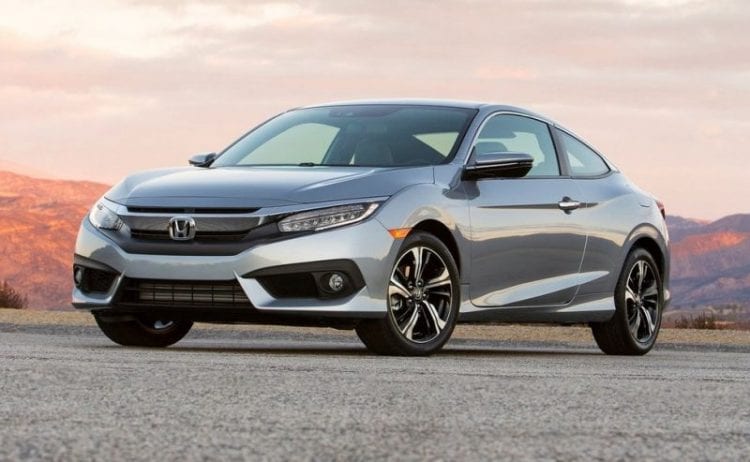 The civic transitioned from a car that was just okay into one that you would love to own. It’s sleek, wide, low and handsome. This is one car we would be really proud to put in our driveway, and we’re sure you feel exactly the same way too. The Mazda 3 and the Focus don’t have anything on the new Civic. The only real competitors, styling wise, are probably the Kia Forte and the new Chevrolet Cruze. Truth be told, the Civic is the best looking of the bunch at the moment, and that’s saying something about the last model.

The new Civic is altogether more spacious than the previous car. It’s three inches longer and two inches wider, giving it the better stance we talked about. One added benefit of the bigger body is, of course, the additional room you get inside the cabin. The wheelbase has been stretched out too, improving legroom in the back especially. We already knew the sedan was the most spacious car in its segment, but now the coupe joins it. Even with four adults (6 feet+), two door version has no trouble transporting them, and their luggage, in all the comfort they would ever need.

We’ve never really had an issue with any of Honda’s interiors, despite most of them being dull. Not really a criticism is it. The new one manages to top the old one a lot more than we expected it too. Starting from the materials, which now seem to be an extra level above the old cars. They’re really soft and pleasant to touch. This is one Civic that’s absent of awful, cheap plastics. 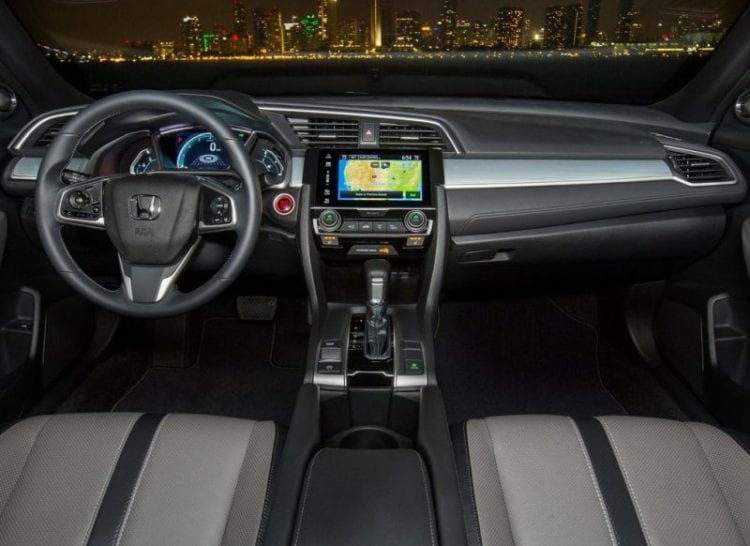 We already know there’s a lot of space in the Civic, but the comfort of the seats is worthy of mentioning too. They’re super supportive and comfy at the same time, making long journeys a treat. Sitting in the driver’s seat, you feel like you’re in a luxury car when compared to the old Civic. The steering wheel is much nicer to hold, and the buttons are nicely positioned and even more ergonomic (as if that was possible in a Honda). The 7-inch touchscreen does wonders and is present in all trims except for the LX base versions.

There are only two engine options, and both are four-cylinder units, but the size varies depending on the trim. No matter which one you choose, it will send power to the front wheels. A first engine is a 2.0-liter unit developing 158 horsepower and 138 lb-ft of torque. It’s found on the first two trims and comes mated to a six-speed manual as standard or a CVT that’s optional. It’s a great transmission choice for the likes of a vehicle like the Honda Civic. The 2.0 four-cylinder gets 31 mpg on the combined run for the manual, and 35 mpg for the ones equipped with the CVT.

The higher trims get a 1.5-liter four-cylinder with a turbocharger developing 174 horsepower and 162 pound-feet of torque. Sadly you don’t get a manual as the only option is the CVT. The 1.5-liter can propel the Civic to 60 miles per hour in very good 6.7 seconds, noticeably better than most rivals in its segment. You’ll be surprised to know it actually returns 35 miles per gallon thanks to the turbocharger that makes this engine far more efficient. Quite a feat if you ask us. 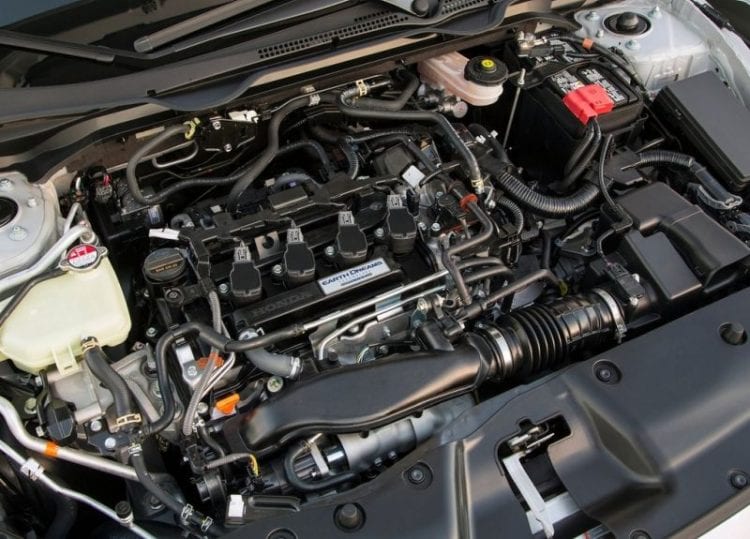 If you’re tempted, we suggest you spend a few more dollars and go for the higher trims with more gear and the smaller turbocharged engine. But, with prices starting at just $19,000 for the base model we can’t really flaw even the first starting trims. The sedan is great for families, but the coupe would be our pick. It’s that much better looking and manages to offer the same practicality. Well almost, minus the two extra doors obviously.