There are very few cars that keep the same excellent reputation throughout their production years. The Honda Accord is one of them. It has always managed to be somehow at the top of the class while retaining the same defining features that made it unique. Add to that equation Honda’s reliability and customer service and you have a recipe for a great hit.

All hits have remixes however and so does the Accord. It receives a big update for 2016 or should we say updates. There is a new exterior with altogether different LED taillights on all models, tuned and improved suspension, a new interior trim and a 7-inch touchscreen on models above the EX, including the EX. Before getting too deep into the facts and specifics let’s first examine the car for what it is. 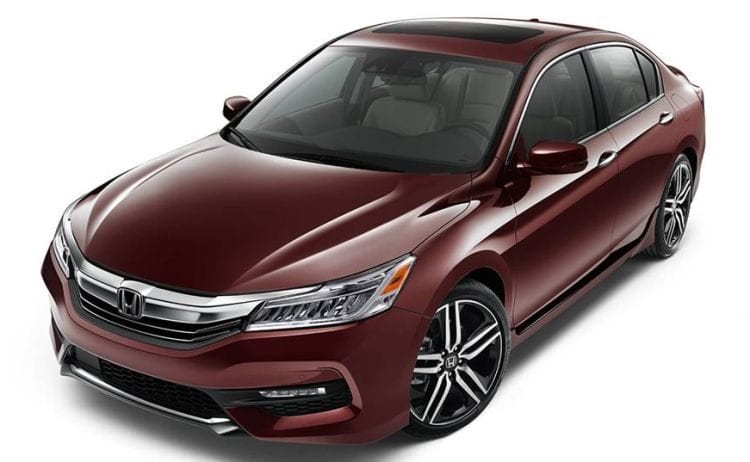 And what it is, it is a handsome looking car. The Accord has always been the odd child in its segment but has always retained the same good looks. And that’s what this new model is really about. It’s more of evolution rather than a revolution. The same roofline comes on both the sedan and the coupe, but it’s sleeker and more elegant. The headlights along with the entire front fascia on new model seem fresher and the new LED taillights contribute to the updated styling of the car. The optional wheels are exceptionally gorgeous and match the car, especially if you go for an Accord in gray color. We rate it as one of the best-looking cars in the segment, especially the sedan version and we know how strong competition is.

The interior continues the same trend of high-quality fit and finish. Everything is put together exceptionally well and nothing squeaks or rattles. The materials are excellent, and apart from a few cheap looking plastics, they are mostly pleasant to the touch too. The design of the cabin itself is well thought out and elegant. You can see the thinking that went into everything from the seat positions to the buttons and steering wheel. It’s the typical family car cabin but with Honda flare elements which certainly represent one of the selling points for this model. The new trim even manages to liven up the dark colors scattered everywhere in the interior making it more pleasant and more appealing. 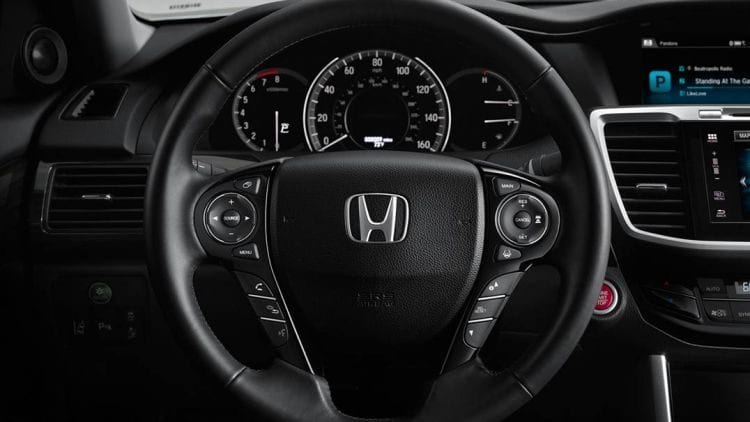 The top of the dash holds the 7.7-inch display which features various information’s about the car as well as the onboard systems. Below the screen, we find very simple and easy to understand audio controls which are replaced in models above the EX with a touchscreen display that is even easier to use and a lot more user-friendly. Note however that you can get lost in the menus in the first few times you use it since it will take some getting used to. On the bright side, there’s smartphone integration for both Android and iOS, and it’s easily controlled with the touchscreen display.

You’ll find plenty of head and legroom no matter which seat you occupy. The back seats are especially roomy, and they are in fact best in class both in space and comfort. All of the seats offer plenty of support, and you will be able to find perfect sitting position. The cabin is very quiet; it’s heavily insulated from tire and road noise especially when compared to previous gen Accords. Visibility is more than great thanks to big glass surfaces and a low beltline. The only complaint here is that the front seats can be less comfortable on long journeys when comparing them to seats from equivalent rival models in the segment. 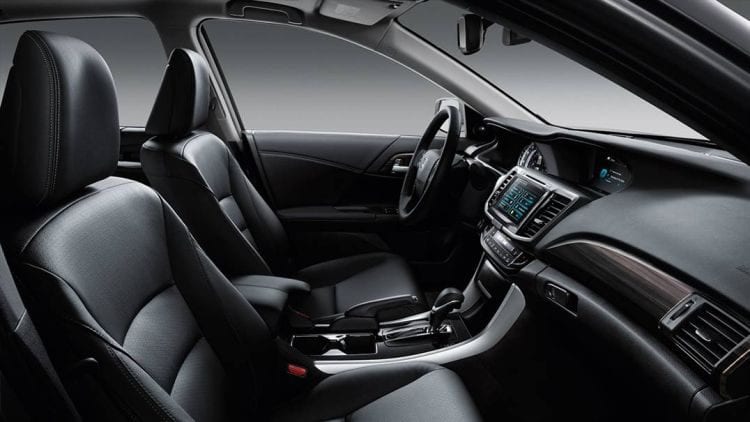 There’s average amount of trunk space measuring in at 15.8 cubic feet for sedan version while the coupe version drops that number to 13.7 making it not so practical. Trims above and including the Sport have a 60/40 split seats in the second row which increase cargo capacity when folded. 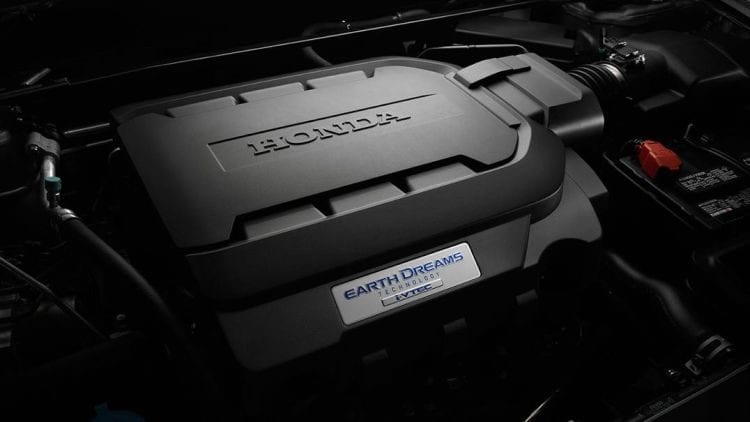 Now before getting into engine options, we should mention that all Accords are front-wheel drive without the possibility of an all-wheel drive system. Some competitors do offer all-wheel drive option, but we think that this can influence only a small percentage of buyers to look for an alternative. The base and the mostly chosen engine is a 2.4-liter four cylinder developing 185 hp and 181 lb-ft of torque. Should you go for the Sport trim, you’ll get 189 hp and 182 pound-feet of torque thanks to a less restrictive dual exhaust system. This engine is mated to a six-speed manual as standard, but there’s an optional CVT. The CVT-equipped Accord returns 31 miles per gallon on the combined run or 30 if you go for the Sport trim. The manual may be more fun, but it’s never going to be as economical managing just 27 mpg.

The second unit, more powerful option is a 3.5 liter V6 capable of producing 278 horsepower and 252 pound-feet of torque. Instead of using the CVT, the V6 is attached to a six-speed conventional auto. Contrary to popular belief this isn’t that much worse at fuel economy than the smaller four-cylinder returning 26 mpg on the combined run. Should you opt for the much more satisfying manual transmission, expect 22 miles per gallon, which is still okay but nowhere near the numbers of the automatics.

Performance is adequate, and even good on every engine paired with every transmission. The weakest model, the four-cylinder-equipped with the CVT (which also happens to be the most popular) will complete the sprint to 60 miles per hour in just 7.8 seconds. A Touring trim equipped with a V6 engine will do the same sprint in 6.1 seconds making it one of the fastest entries in the segment.

If you want driving dynamics, the 2016 Honda Accord Sedan may be the car for you. It’s primarily set up for comfort, and it does that exceptionally well, but the real surprise is the lack of body roll and harshness of the suspension keeping all wheels on the ground at all times. It’s damped just right, not too soft but not too harsh. The most popular 2.4 liter with the CVT is okay regarding performance, but enthusiasts should choose the V6. Go for the manual transmission if you can since the six-speed auto doesn’t allow manual gear selection.

The verdict is that the Accord remains at the top of the segment still. It’s going to have to take a special car to dethrone it. Prices start at $22,205 for the basic sedan version while the coupe model starts from slightly higher 23,875.

Rumors about 2017 Honda Accord are available @ Carsoid.com