Modern SUV’s have improved dramatically compared to their predecessors since customers expect them to be luxurious yet fast and off-road capable. This competitive segment has experienced a huge spike in demand and due to this fact more and more manufacturers want to be a part of it. Jeep is one of the oldest SUV manufacturers and has managed to remain competitive throughout the years.

After the introduction of the charger and challenger hellcat versions, fans have been anticipating a hellcat version of the Grand Cherokee. Imagine an SUV that features a 707 hp engine and still manages to maintain its off-road capabilities while being ready to enter any track. Porsche has done it with the all new Porsche Cayenne Turbo S. Now it’s time for Jeep to amaze us with an exciting yet competitively priced model. 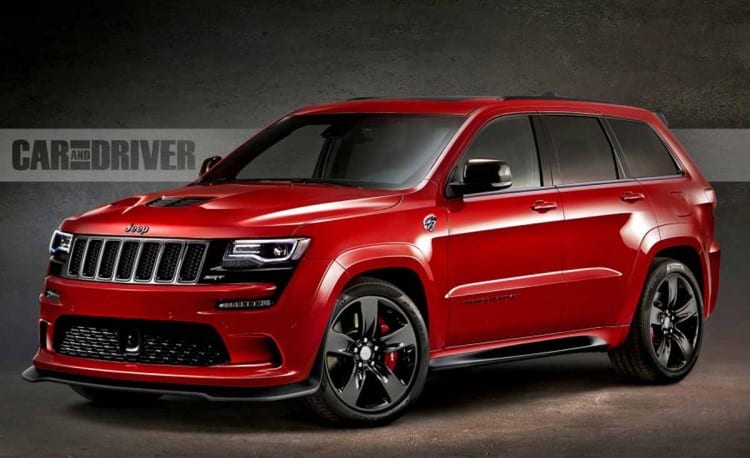 Recent news states that Jeep will produce a Hellcat version of the Grand Cherokee before 2017 ends. Mike Manley, the CEO of Jeep, confirmed that Jeep is working on this high powered version. When this model enters the market it is highly possible that it will be the fastest SUV on the planet.

After Jeep redesigned the entire model, fans have identified its potential. It is no secret that the Grand Cherokee is developed alongside the Mercedes M class since they share the same platform. Mercedes already produces an AMG version of the M-class proving that this new platform can easily handle a high powered engine. The current fastest edition of the Grand Cherokee, the SRT8, cannot keep up with rival high-performance SUV’s as it only features a 475 horsepower engine while competitors offer a lot more than 500 horses. 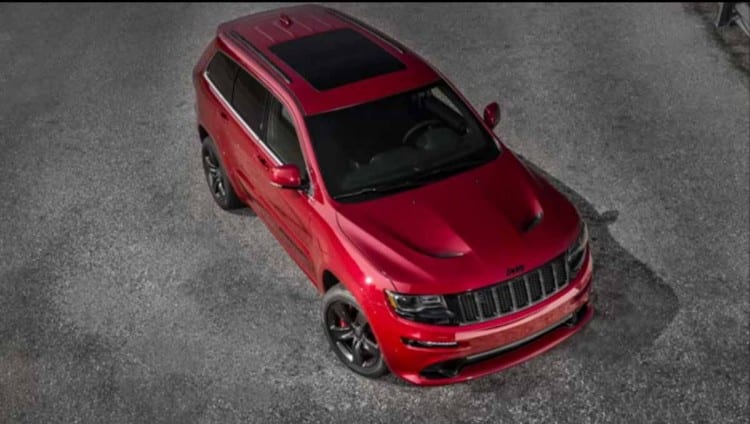 Jeep has to join this high power trend as more and more customers want an SUV that can outrun a sports car. Sources inside Jeep reported that a possible name for this extreme version of the Grand Cherokee will be Trackhawk. If you are aware of how Jeep names its SUV’s you might know that the Trailhawk name describes a hardcore off-road version of the Grand Cherokee. So it is easy to assume that Trackhawk is a name focused on this model’s track capabilities.

Regarding the engine specifications of the 2016 Grand Cherokee SRT Hellcat, Jeep has denied rumors that it will place a detuned version of its famous 707 horsepower V8 engine. It is confirmed that this model will feature the same engine as the other Hellcat models. 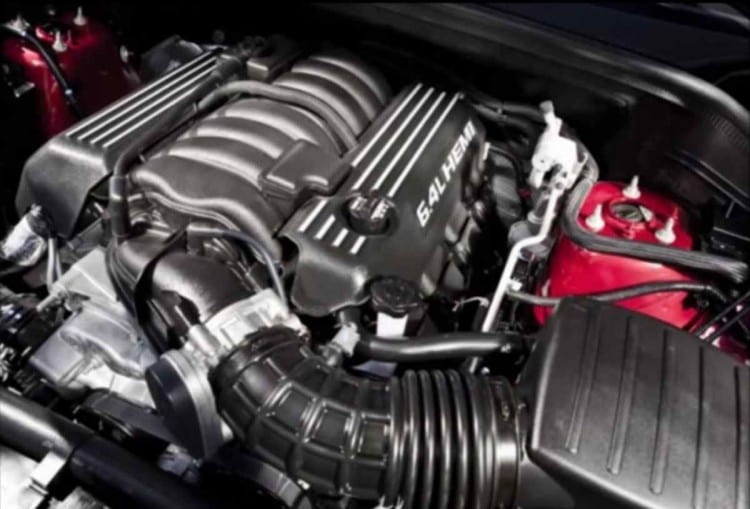 For the first time this engine will be combined with a four-wheel drive system and without a doubt, this will be one ultimate machine. Fans have to anticipate staggering performance figures. This engine produces incredible 650 ft of torque, a figure that is extremely high even for an SUV.

Acceleration times are in the area of 3.5 seconds from zero to sixty, making this model the fastest accelerating SUV on the planet. It is obvious that this engine has to be coupled with a very impressive transmission in order to allow the SUV to show its true power. Jeep is developing a reinforced version of its famous 8-speed TourqueFlite transmission to cope with all that power and torque that will be sent to the advanced four-wheel drive system.

Concerning the exterior design of the vehicle, Jeep will introduce a new, aggressively styled body kit to distinguish the Hellcat version from the other models. Just like the Charger and Challenger Hellcat editions, this sharp look will add a wow factor to the vehicle’s design. Everyone will understand that this Jeep is no ordinary Grand Cherokee. 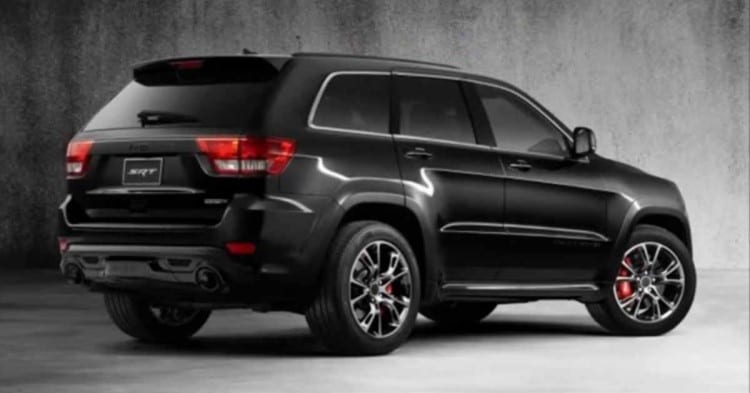 Like all other Hellcat models, this high-performance version will feature larger tires and brakes, smoked headlamps, and matte black wheel flares. Also, this model will come with new LED headlights that will enhance the overall extreme look. Last but not least, the hood of the vehicle will feature triple scoops and the front end will include bigger air vents in order to improve airflow and cooling, aggressive and mean looking setup.

Interior wise, the new 2016 Grand Cherokee SRT Hellcat will surely be impressive. This model will definitely inherit the whole Hellcat treatment like all the other Hellcat models. Added touches will include a new, redesigned steering wheel unit with a flat bottom and thicker rim. The whole purpose of this interior will be to inspire the driver to push the vehicle to its limits or, at least, the limits of the road if you don’t want to have a huge amount of problems with cops. 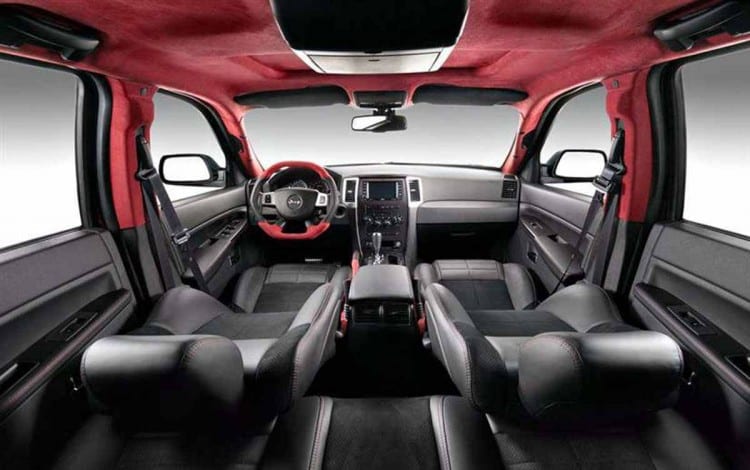 That is why Jeep decided to offer aggressively sculpted bucket seats for the front passengers made of leather. Since this model will be the top of the range, halo car, it will include every possible feature as standard. In fact, the seats will have a cooling and heating functionality and the navigation unit will come with upgraded stereo speakers as well as an Uconnect system.

Also, this model will feature a large panoramic glass roof that will allow more light to enter the cabin. It is possible that this model will include the 900 watts, 18 speaker stereo system designed by Harmon Kardon from the Charger.

In regard to pricing, expect a premium of at least $15,000 over the SRT version. All other Hellcat models carry the exact same pricing strategy. Keeping this strategy in mind, we estimate that the Hellcat version of the Grand Cherokee will come with a price tag of $80,000 at most.

This is a serious amount of money for a Jeep, but at this price level, this Hellcat model is considered a steal compared to other similar performing vehicles in this category. All rival vehicles can be purchased for more than $100,000 despite featuring less horsepower. Expect this version to be available in showrooms before 2017 ends. 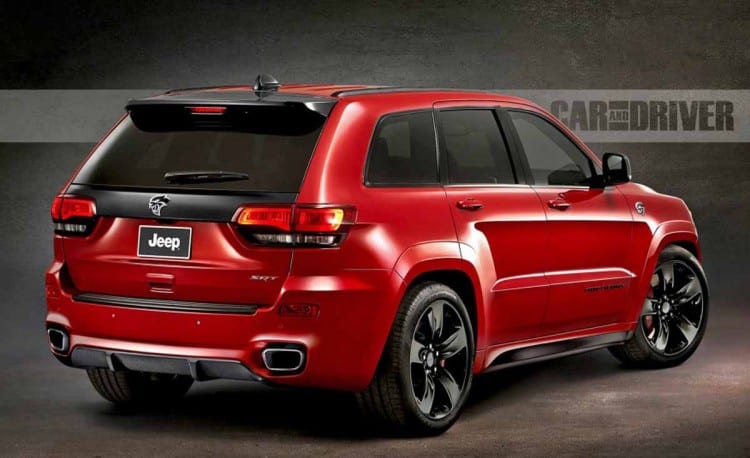 When released, the Grand Cherokee Hellcat will have to face the new X5 and X6 M, the Range Rover SVR , the Cayenne Turbo S and the Mercedes M63 AMG. All of these models offer less power and are pricier.

Despite this fact, all of them are more luxurious than the Jeep and offer more available equipment choices to their customers. The SVR has a price tag that is $30,000 more expensive compared to the Hellcat’s. Despite its lower performance figures, the SVR has managed to break the SUV world track record in the Nurburgring it will be quite interesting to see Hellcat version on the same track.